an electric airplane pioneered by rolls-royce has set two new world speed records, making it officially the world’s fastest all-electric aircraft. named ‘spirit of innovation’, the plane reached a top speed of 555.9 km/h (345.4 mph) over 3 kilometers, and 532.1km/h (330 mph) over 15 kilometers when flown at a test site in the UK. the records have since been certified and officially confirmed by the world air sports federation (FAI).

the achievement marks both an incredible feat of technology and a promising milestone in the transition to electric transportation. it also cements the british company’s commitment to achieving net-zero carbon emissions by 2050.

‘staking the claim for the all-electric world-speed record is a fantastic achievement for the accel team and rolls-royce,’ said rolls-royce CEO warren east. ‘I would like to thank our partners and especially electroflight for their collaboration in achieving this pioneering breakthrough. the advanced battery and propulsion technology developed for this program has exciting applications for the advanced air mobility market. following the world’s focus on the need for action at COP26, this is another milestone that will help make ‘jet zero’ a reality and supports our ambitions to deliver the technology breakthroughs society needs to decarbonize transport across air, land and sea.’ 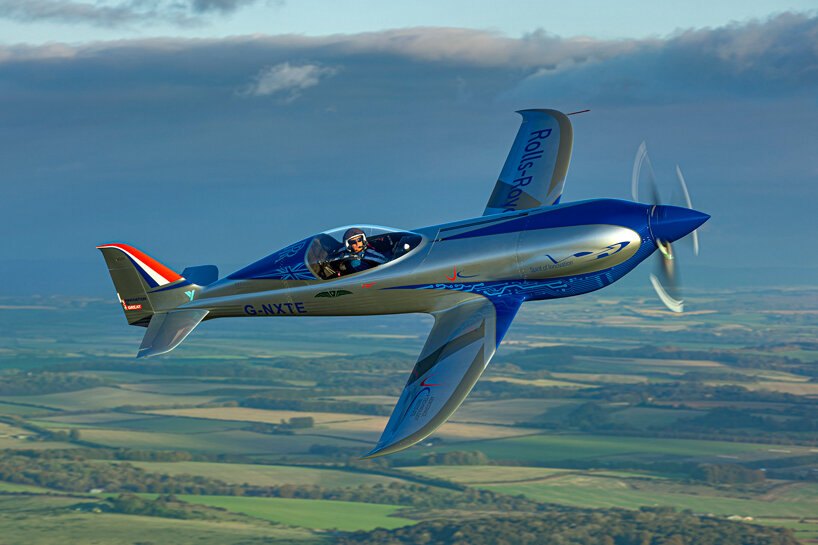 the record over 3 kilometers beats the previous record by more than 213.04 km/h (132 mph), which was set by the siemens eaircraft powered extra 330 LE aerobatic aircraft in 2017. test pilot and rolls-royce director of flight operations phill o’dell said, ‘flying the ‘spirit of innovation’ at these incredible speeds and believing we have broken the world record for all-electric flight is a momentous occasion. this is the highlight of my career and is an incredible achievement for the whole team. the opportunity to be at the forefront of another pioneering chapter of rolls-royce’s story as we look to deliver the future of aviation is what dreams are made of.’ 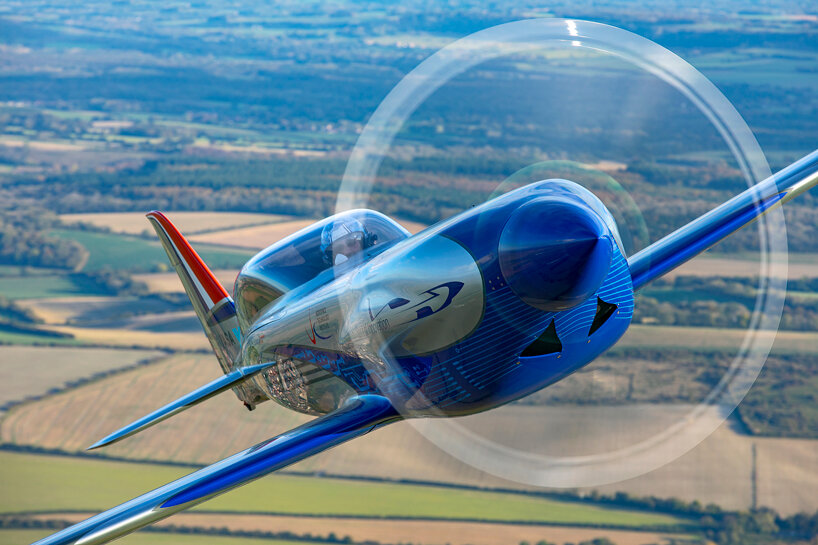 the records were smashed at a testing site in wiltshire

the ‘spirit of innovation’ is propelled by a 400kW (500+hp) electric powertrain and the most power-dense propulsion battery pack ever assembled in aerospace. other specs include 2200rpm propeller rotation, 6480 battery cells, 750 volts system voltage, and a nemesis NXT airframe.

rolls-royce collaborated with aviation energy storage specialist electroflight and automotive powertrain supplier YASA for the project, which is part of the ‘accelerating the electrification of flight’ (ACCEL) initiative.

rolls-royce said in a recent press release, ‘as well as a stunning technical achievement, the project and world record runs provided important data for our future electric power and propulsion systems for all-electric urban air mobility and hybrid-electric commuter aircraft. the characteristics that ‘air-taxis’ require from batteries, for instance, are very similar to what was developed for the ‘spirit of innovation’.’ rolls-royce partnered with electroflight and YASA on the project

stjohn youngman, managing director of electroflight, added, ‘we are delighted to have played an integral role in this landmark project. its success is a fitting tribute to the dedication and innovation of the electroflight team and our suppliers. developing the propulsion and battery system, in collaboration with experienced program partners, has resulted in a world class engineering capability that will lead the way towards the decarbonization of air travel. our next step is to adapt this pioneering technology so it can be applied across the wider aerospace industry to deliver a more sustainable way to fly.’

‘electric flight is set to be as transformative for mobility as the jet engine was 70 years ago,’ commented YASA’s chief technology officer and founder dr tim woolmer. ‘it’s thrilling to see our ultra-high performance, super-low weight electric motors powering the ‘spirit of innovation’ to these great speeds, and to know that collaborative projects like ACCEL take us one step closer to emissions-free electric flight becoming a commercial reality for all.’ 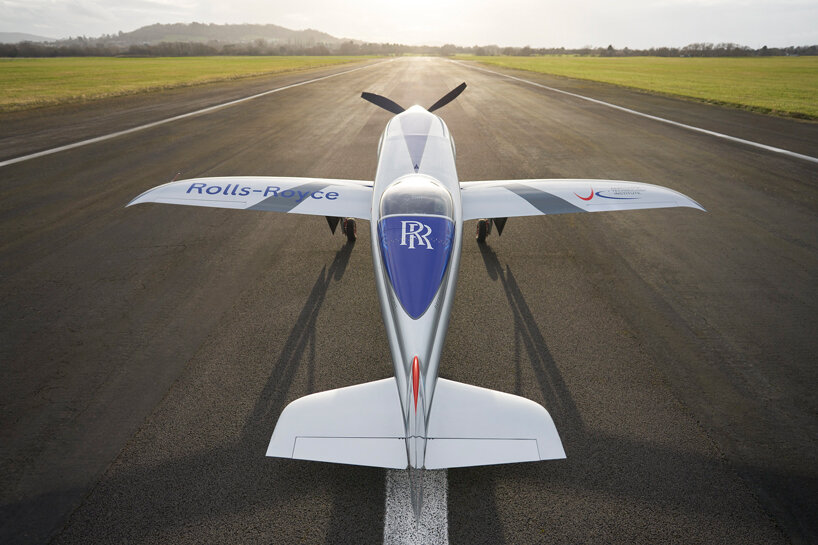 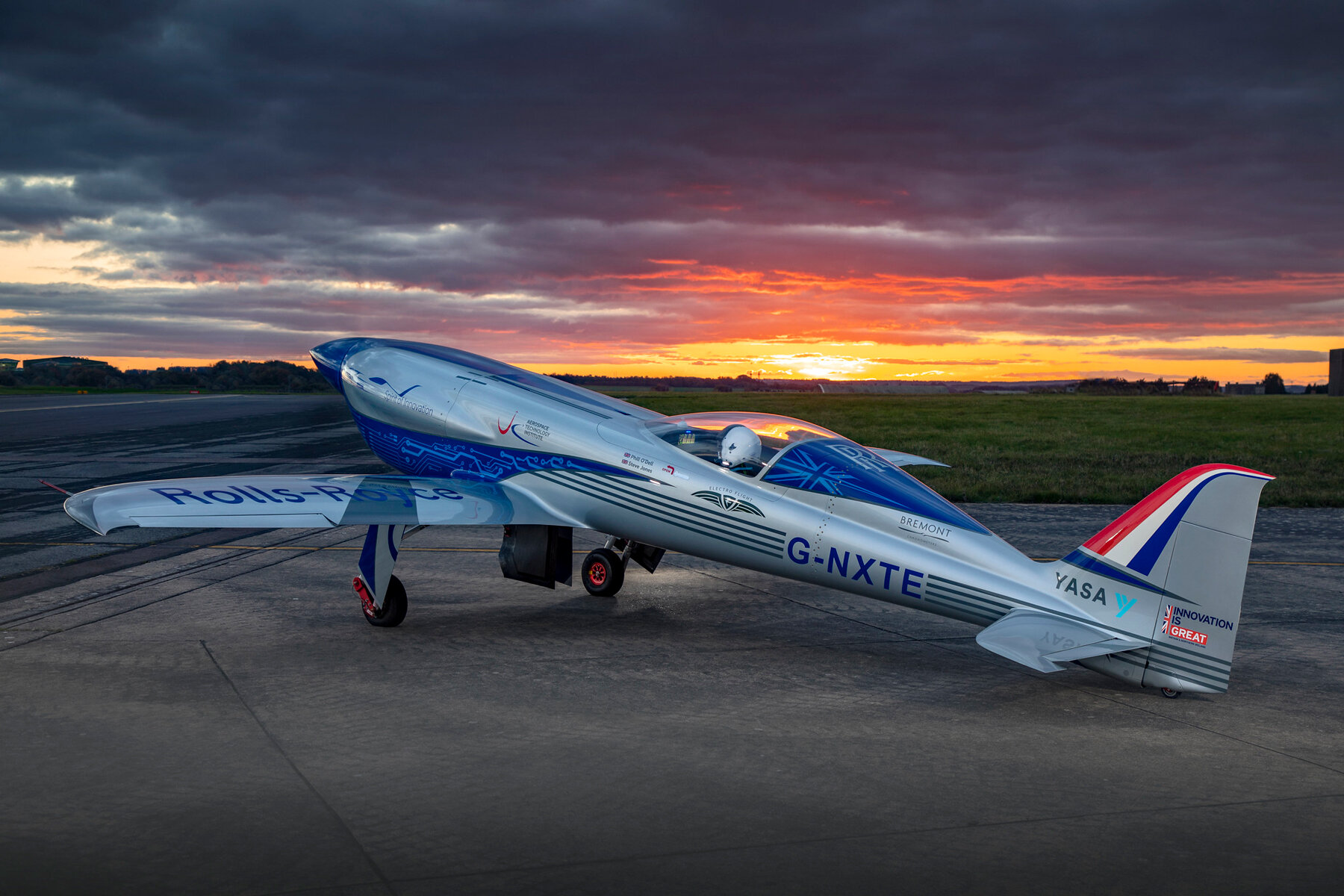 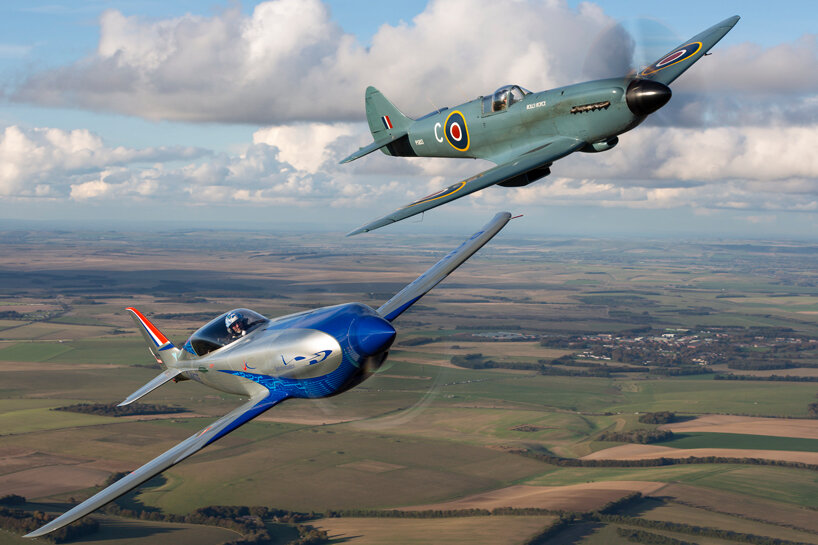 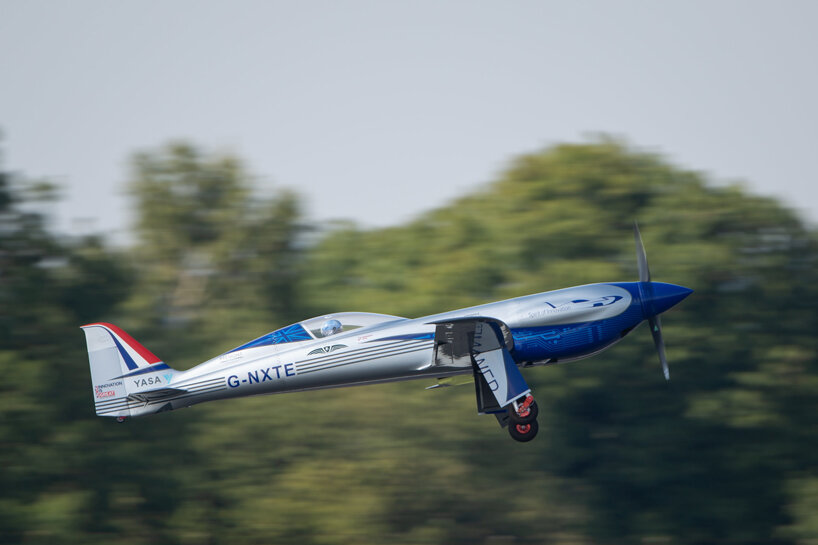 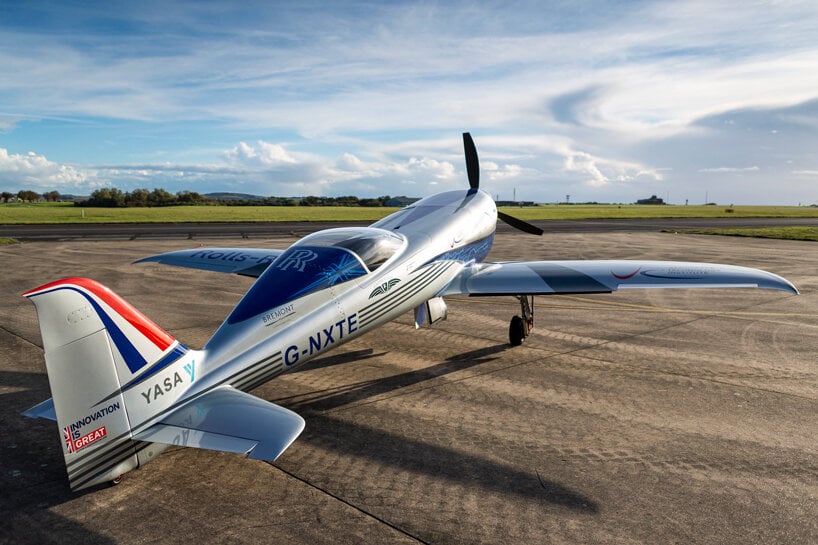 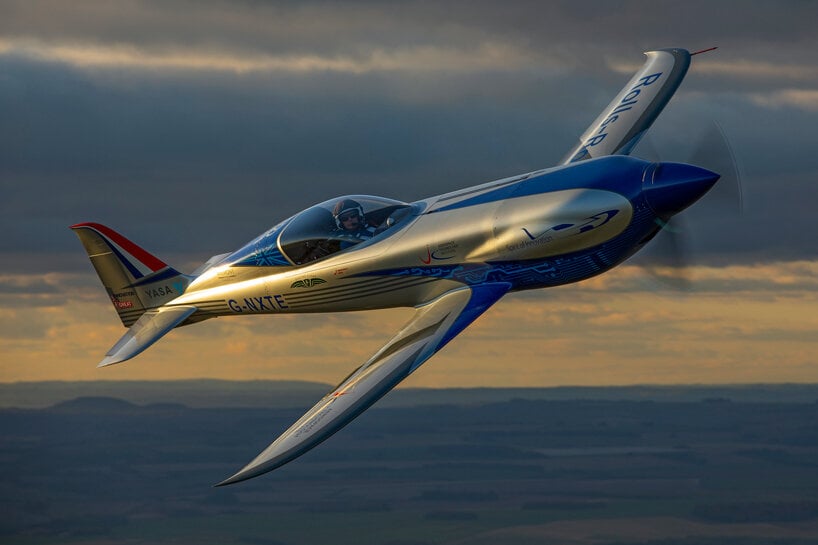 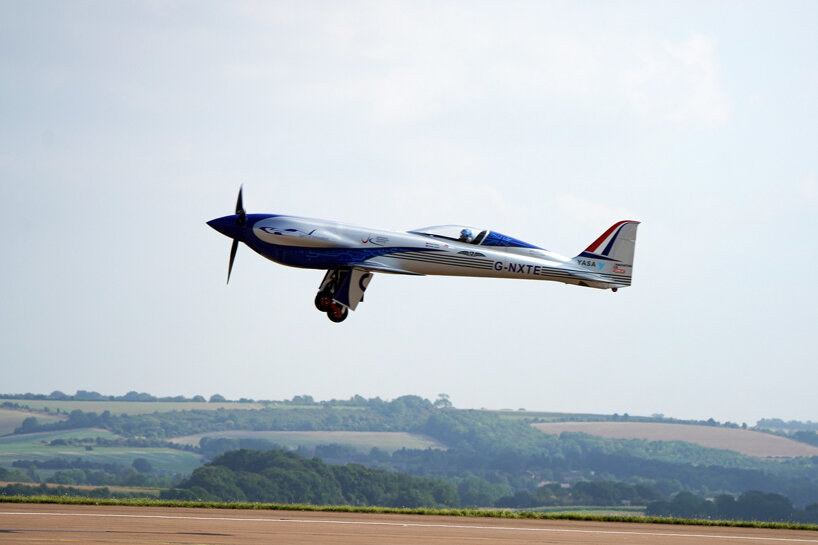 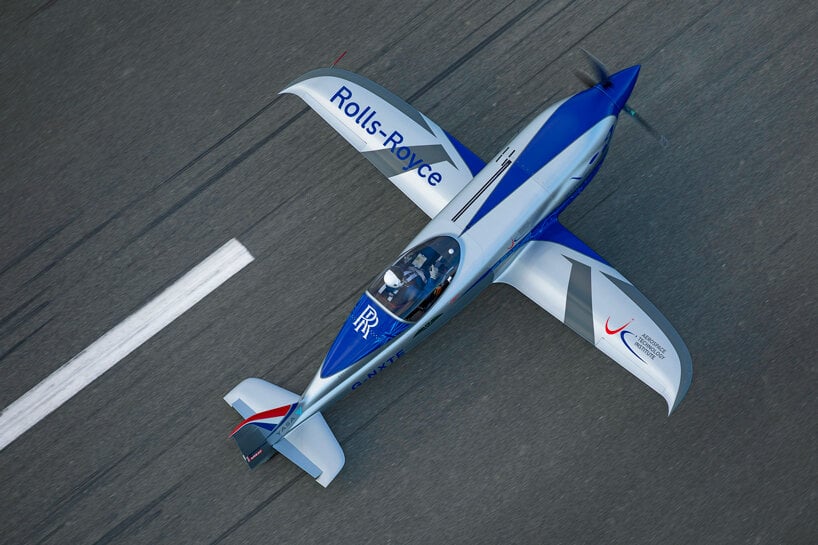 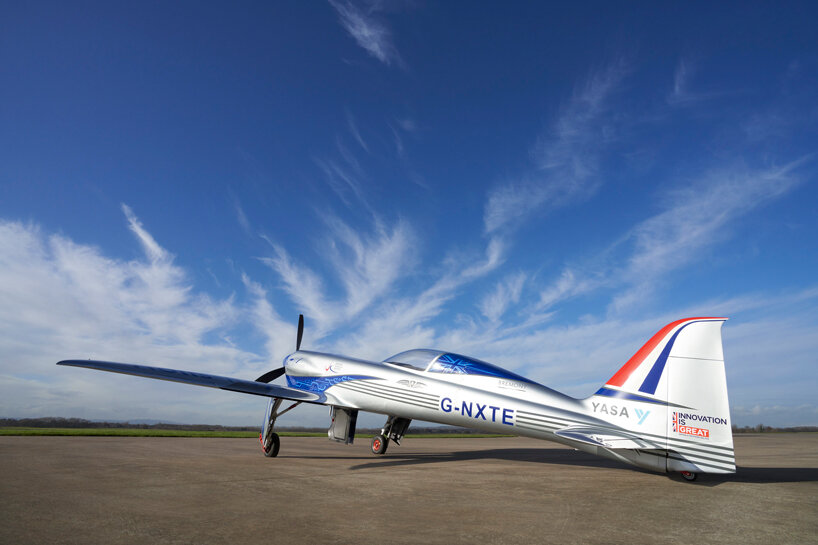 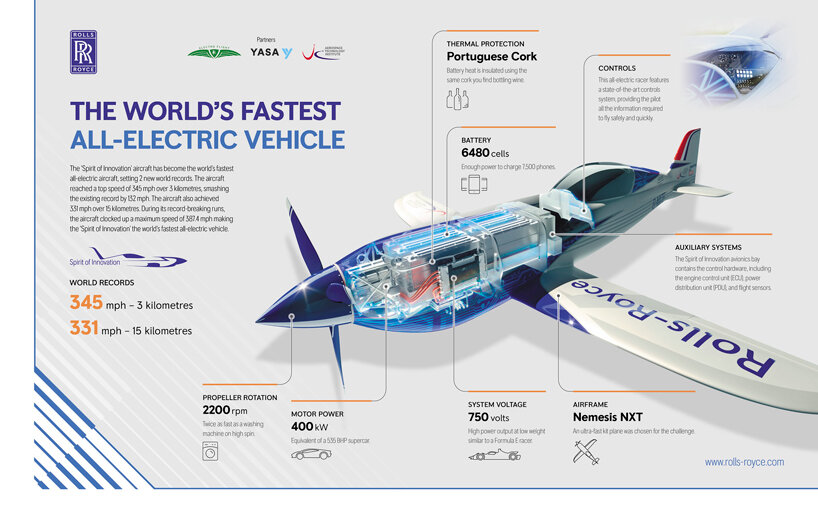