the hand-crafted, custom motorcycles from bandit9 all have one thing in common: they are all sculptures worthy of museums. at the same time though, their beauty extends further as each one is also fittingly designed for the road as well. the workshop’s latest creation, called ‘arthur’, is a collaboration with royal enfield as the famed british manufacturer challenged them to create an ‘inspiration bike’ that showcased to the world what could be created with a ‘continental GT’. 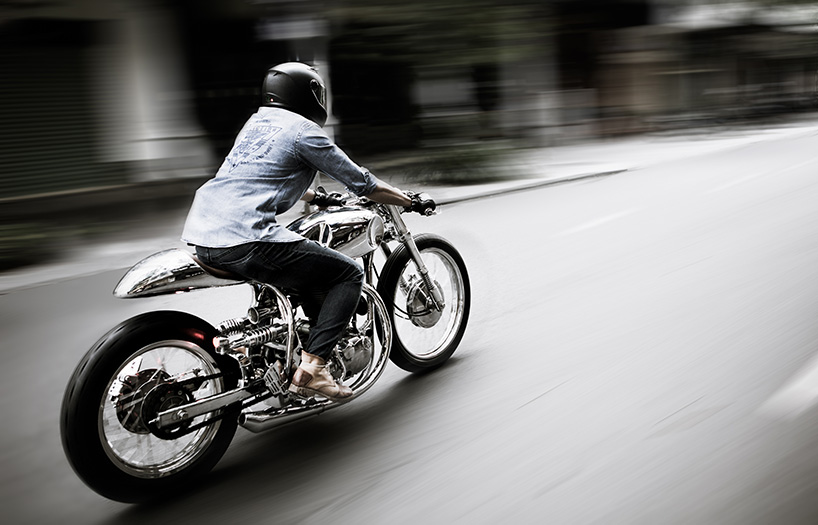 for the bandit9 ‘arthur’, the first thing their CEO daryl villaneuva did was strip the royal enfield ‘continental GT’ to its bare bones before replacing all corners of the frame with gentle curves. the sculpted structure wraps, folds and bends on itself infinitely with no start nor end. this allows each mounted detail to flow into the next and back again. unconventional in comparison to the workshop’s previous motorcycles with solid unibody tanks, this design features a distinct separation between the tank and cantilevered rear. 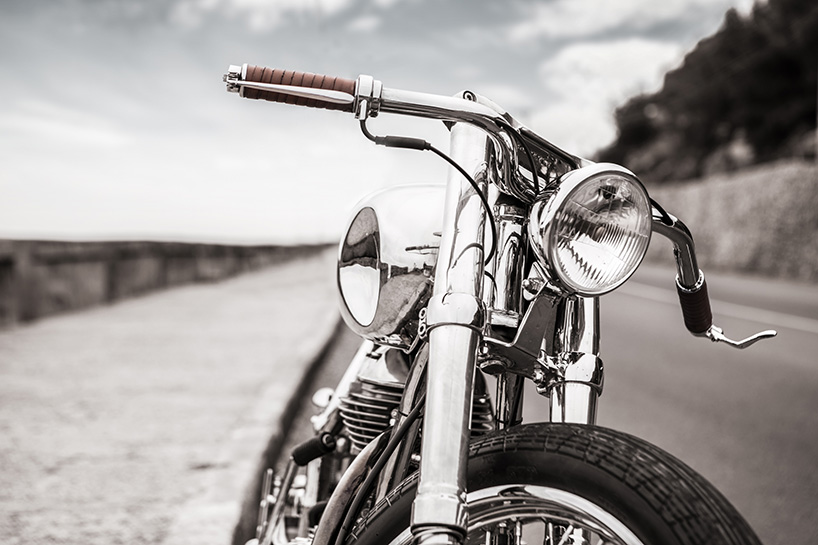 mounted on to the frame as well as the rest of the bike, the details of the bandit9 ‘arthur’ were re-imagined from the horizontal suspension to the shotgun slug foot pegs and from custom air filters to a crossbow handlebar. these accessories further cement the creation as a blur of boundaries between a classic cafe racer and something stellar from sci-fi films. 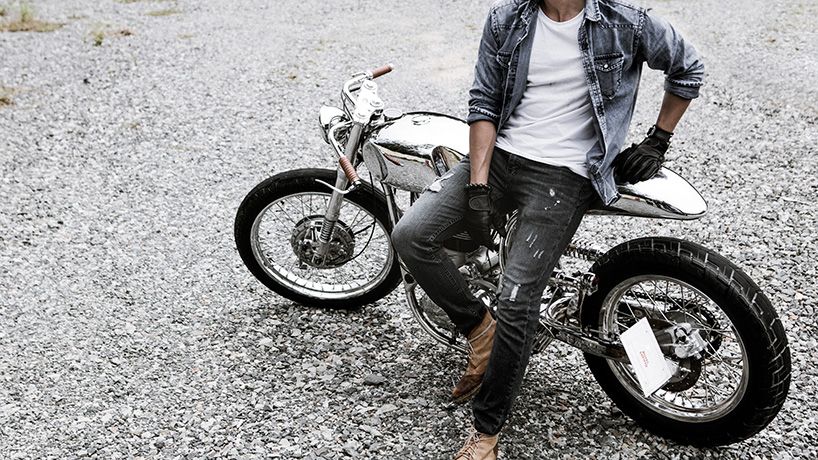 the royal enfield x bandit9 collaboration’s ‘arthur’ took nearly a year to complete, with each piece made by hand. the museum-worthy motorcycle is limited to just nine pieces. 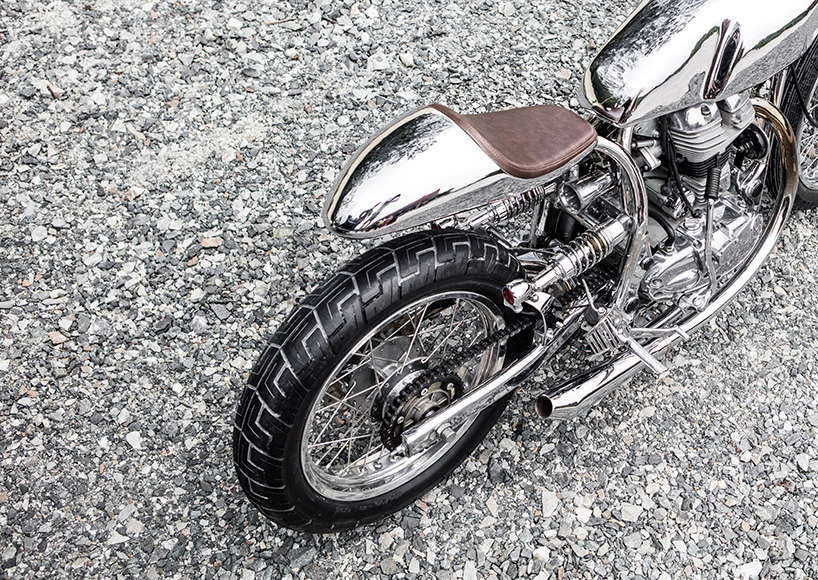 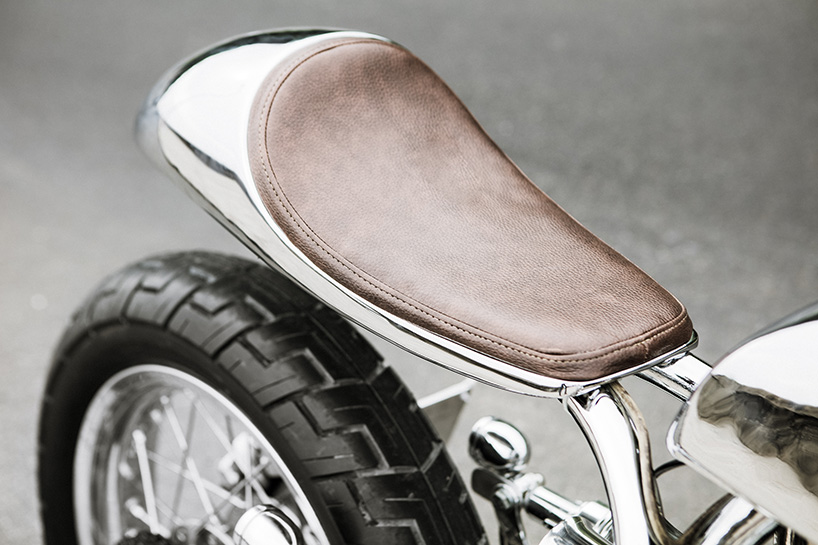 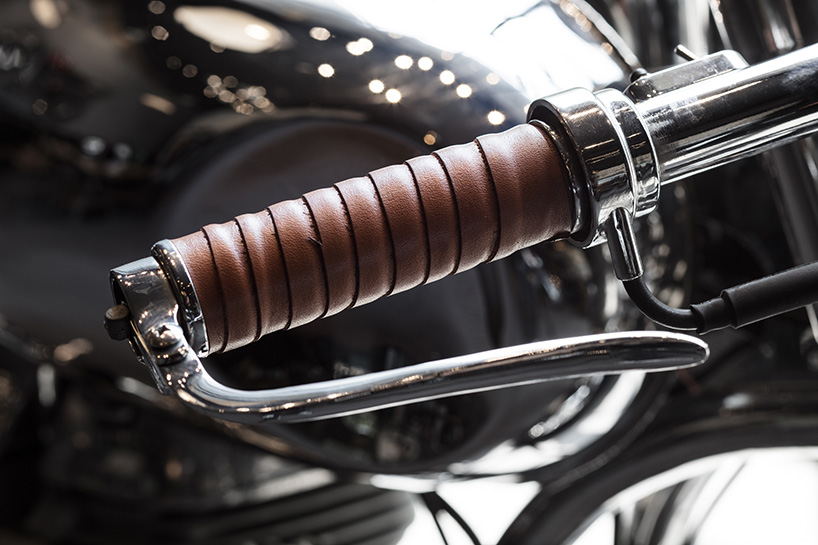 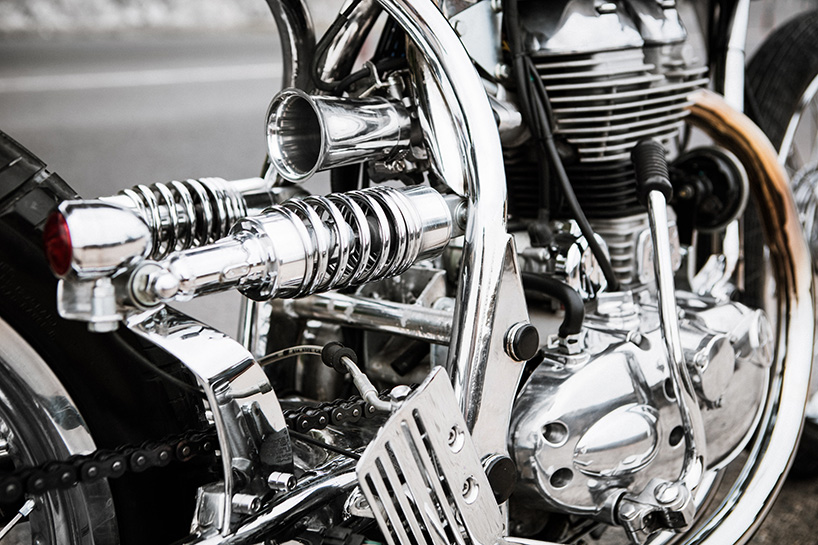 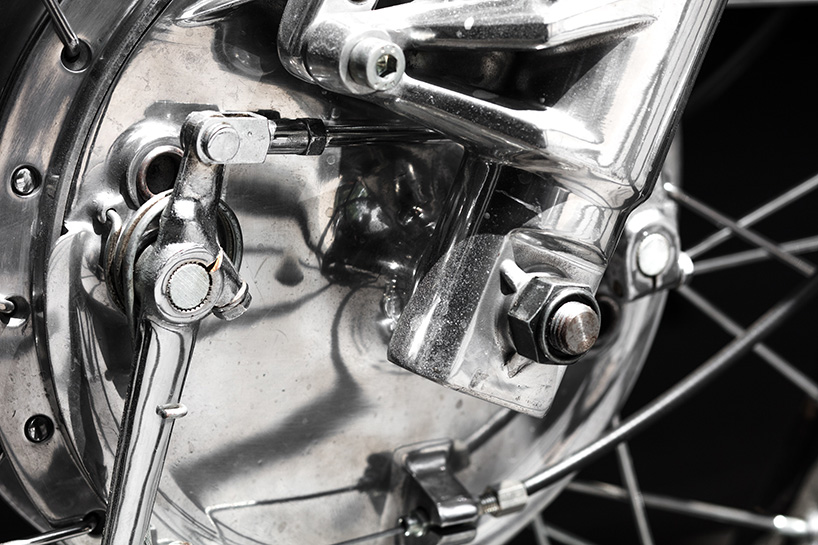 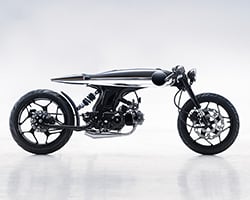 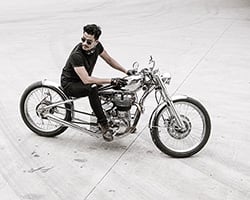 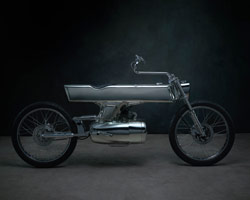 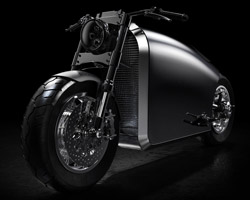