built by ruamachines, this 1982 ducati 600SL pantah might have had its original design paired back, but it has been transformed into the future as a modern cafe racer. named RUA * 10, the motorcycle’s bodywork follow a ‘less is more’ approach yet it is still instantly recognizable. its famed fuel tank adorns the legendary color of the italan company, completing the nation’s tri-color along its base. 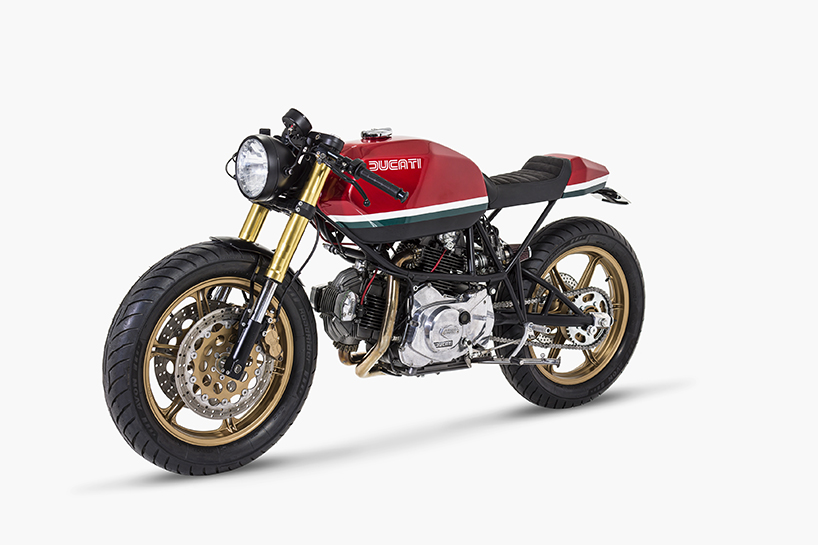 all images courtesy of ruamachines

founded by armando fontes and victor rocha, porto-based ruamachines started the project by stripping the ducati 600SL pantah to its essentials. parts from other models of the famed italian brand were then borrowed. this includes a set of upside down forks from a 1996 900SS up front, a swingarm from a 1985 750 F1, and front brakes from the 900SS adapted with custom-made spacers and new rotor mounts. a new upper shock mount sits below the fuel tank, and then a new subframe finishes off the rear design. 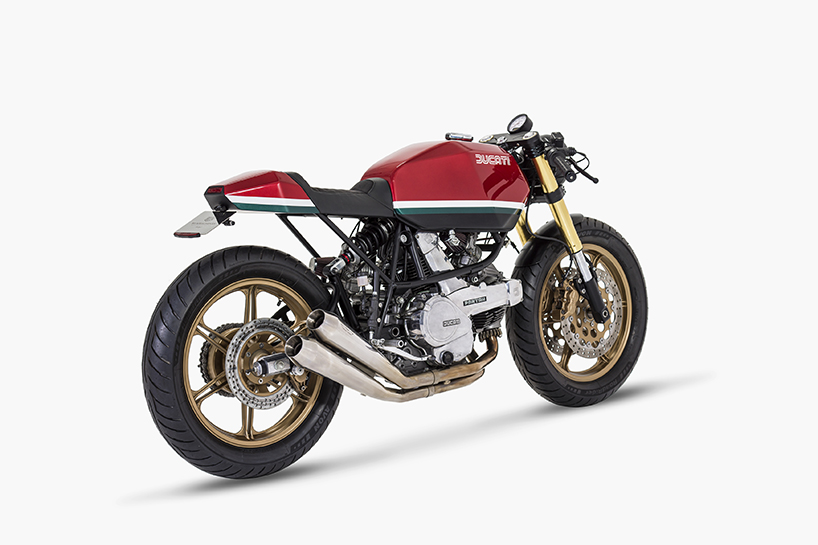 the motorcycle’s engine, which has seen many years of racing, was treated to a light re-tune. it was then equipped with a new stainless steel exhaust system built in-house by the porto custom workshop. a short front fender was also added in place, alongside new clip-ons and bar-end mirrors. to finesse the details, a motogadget motoscope classic speedo, push buttons and small LED turn signals were fitted at both ends. finally, front turn signals mount the front headlight, hand-made brackets and rear signals flank the license plate bracket. 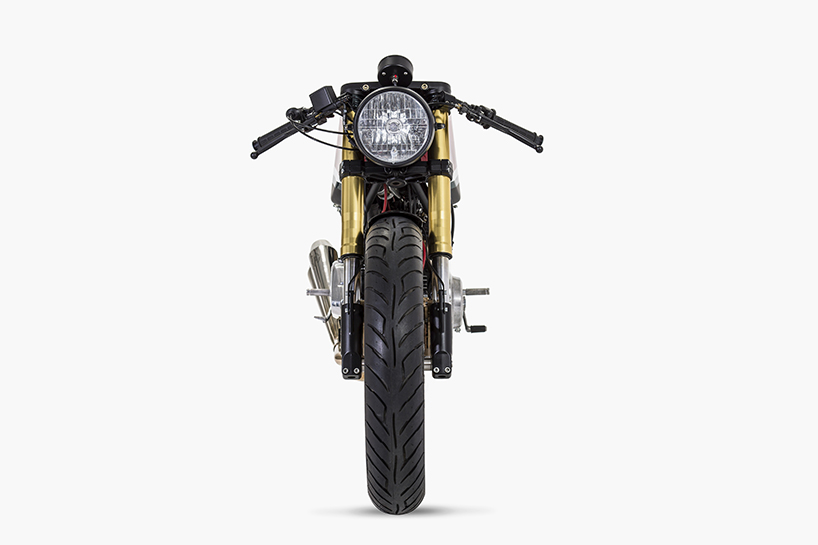 after all of ruamachines’ work, the centerpiece of the design becomes the sculpted fuel tank, which has its lines echoed by their newly created aluminum tail hump. the bodywork is coated in ducati red, interrupted by a leather and alcantara combination seat. as a final nod to the 1982 original, the stock wheels are wrapped in a modern avon roadrider tyres and coated with gold alloys. 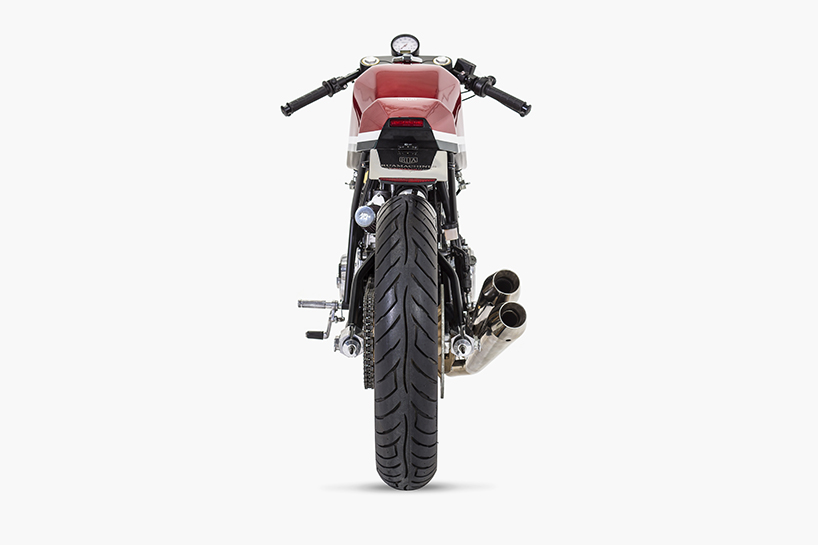 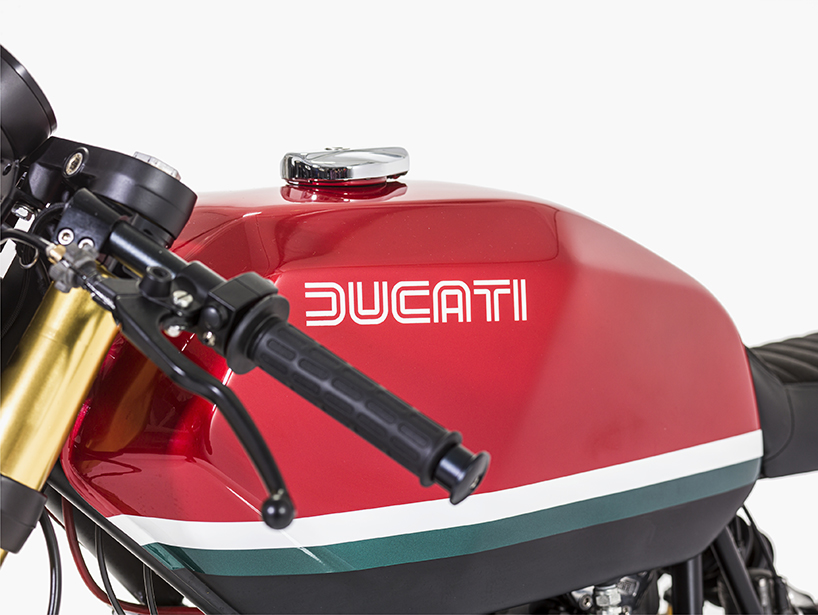 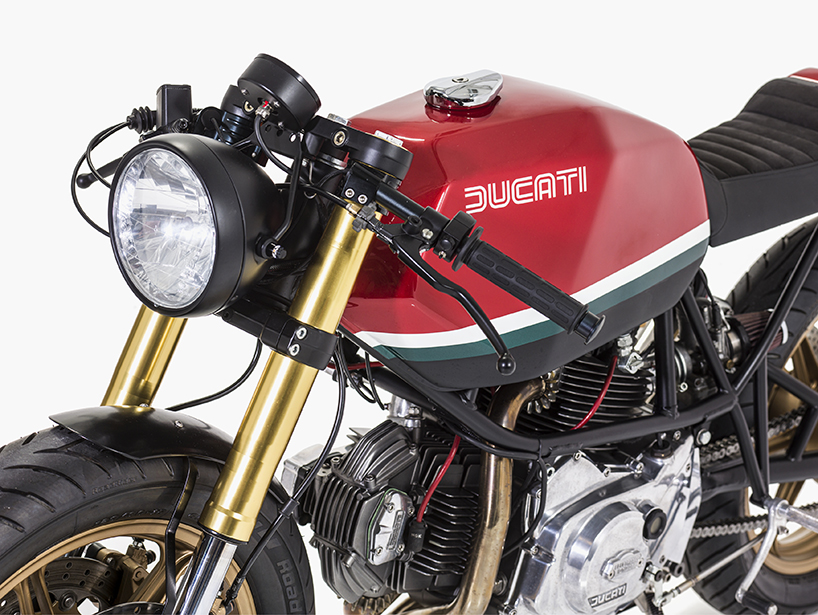 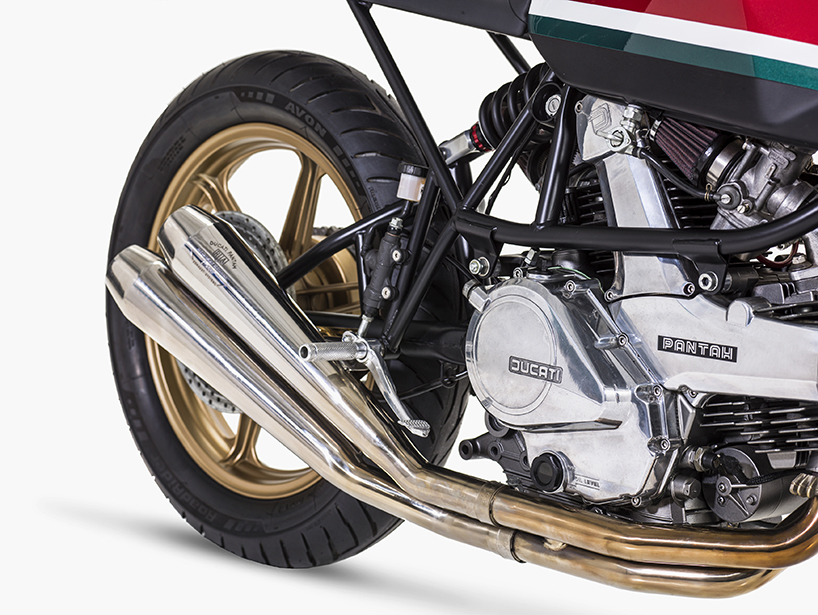 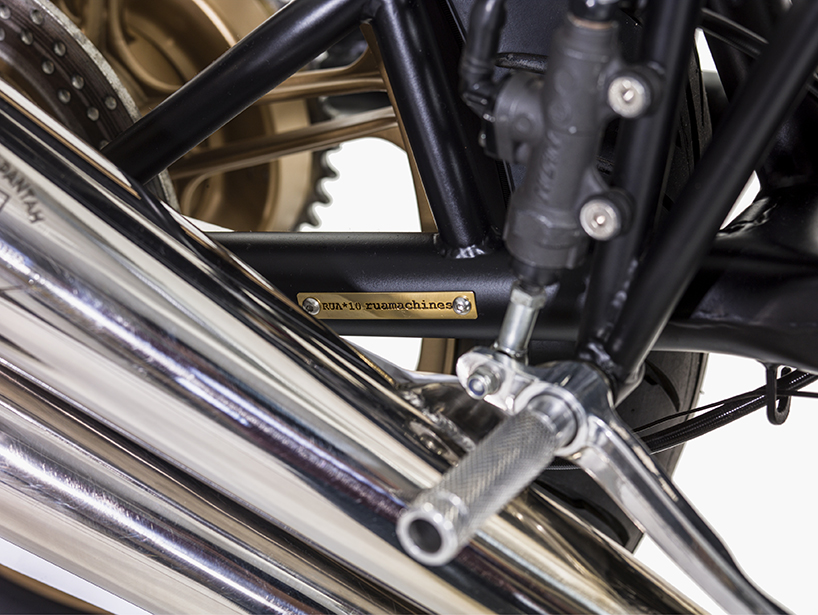 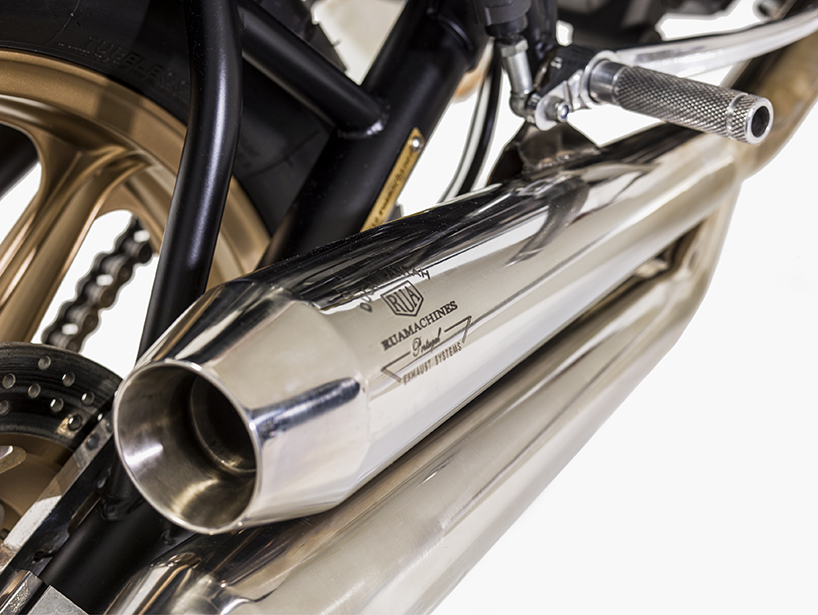