developed by US and toronto-based design research practice rvtr, ‘resonant chamber‘ is an interior architectural paneling system that uses the techniques of rigid origami to transform the acoustic signature of a space. composed of reflective (solid bamboo inserts), absorptive (of pointillated porous expanded polypropylene), and electroacoustic panels, the pieces can dynamically adjust their shape to expose or hide these surfaces, thus altering sonic conditions. a central electrical panel contains sensors as well as controls for linear actuation and amplification of one or more distributed mode louderspeakers (DML) that is also mounted into any of the electroacoustic panels, allowing sound to not only be reflected but also produced by the units themselves (by introducing vibrations through an electroacoustic exciter).

the designers reflect: ‘our aim is to create an instrument at the scale of architecture, flexible enough that it might be capable of being played.‘

demo and construction process of the panels

the combination of reflective, absorptive, and sound-generating panels was developed via materials testing in collaboration with arup acoustics. the models also ‘learned’ via computer simulations to predictively arrange panels into optimum acoustic variants based on input like ideal reverberation time and directional data. in vivo, this software can translate such modeling into the optimization of the displacement and positioning of the panels’ tessellated surface. 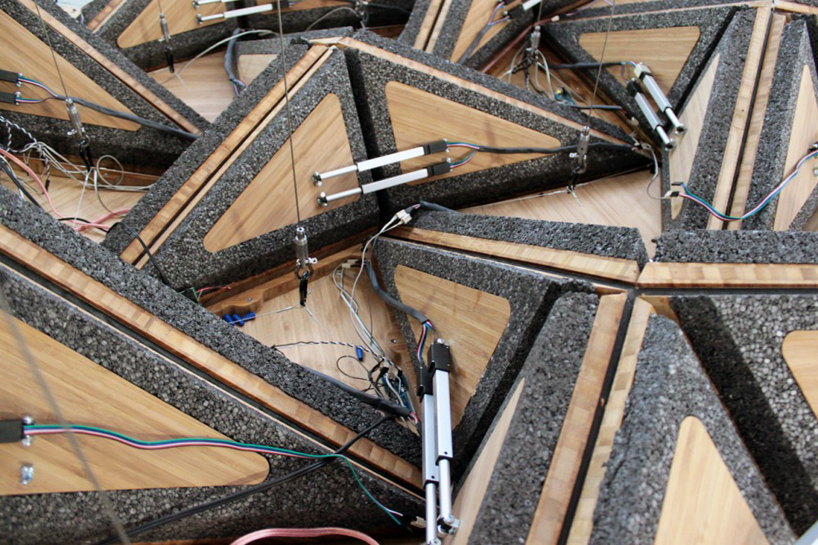 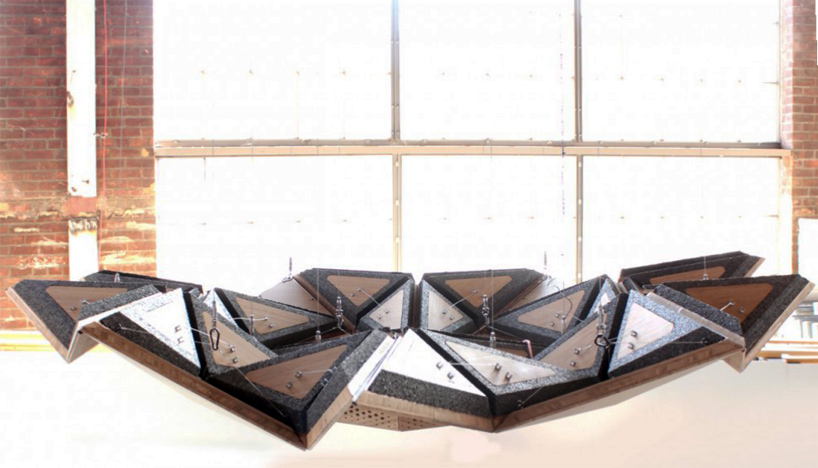 view of a small sample of units hanging 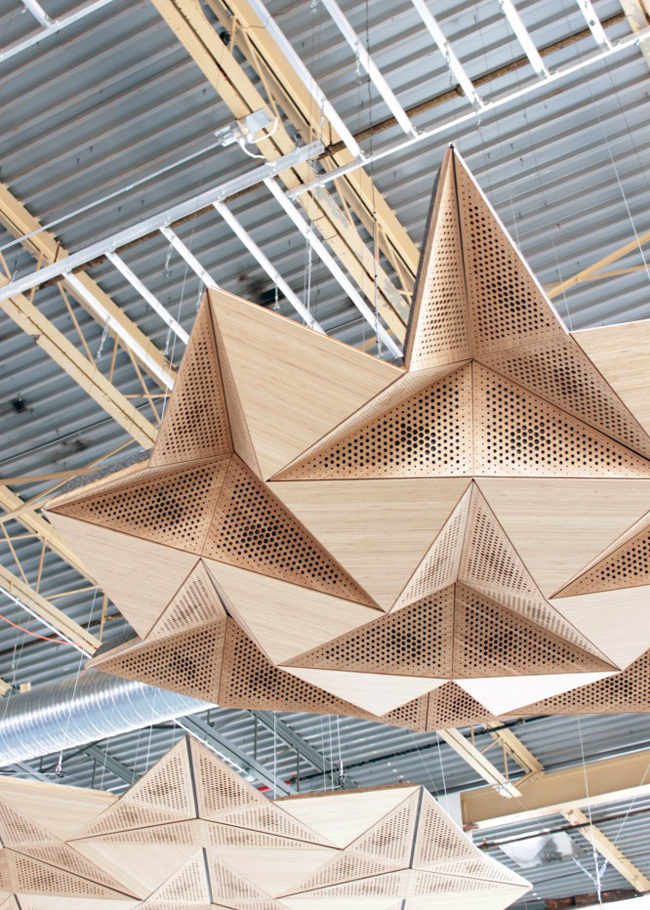 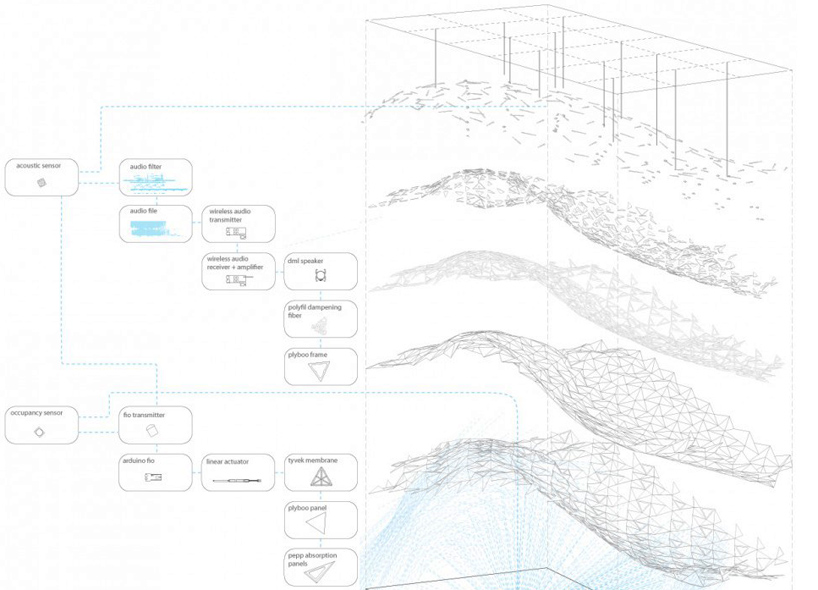 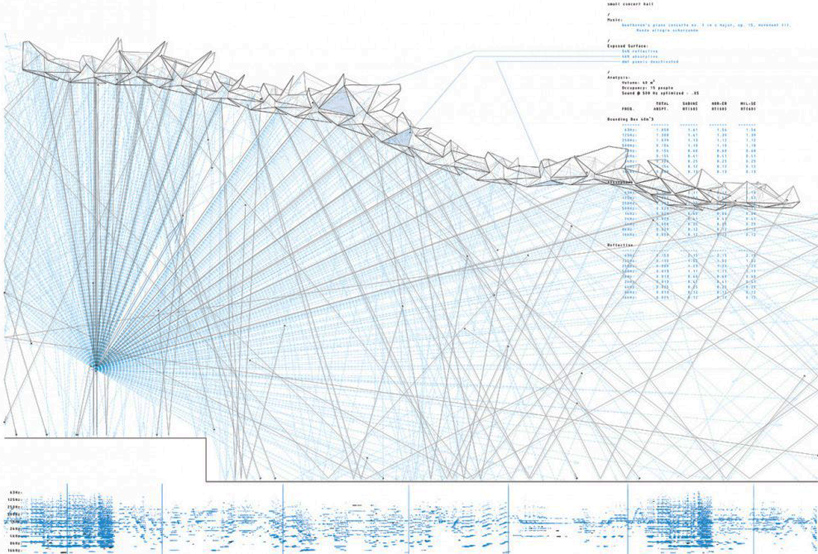 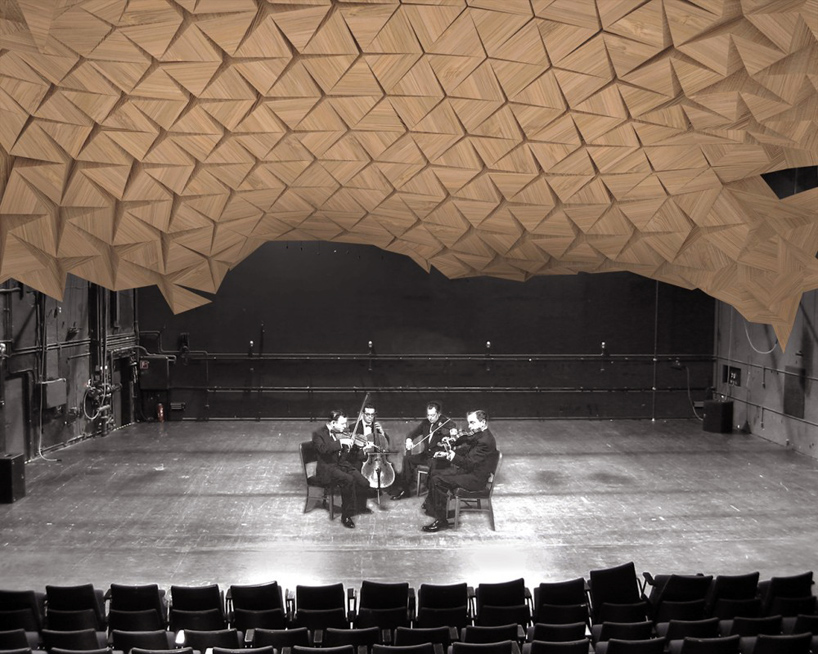 sped-up video of panels of ‘resonant chamber’ on exhibition 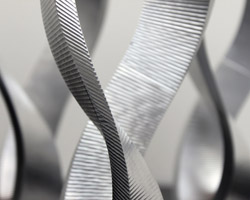