min-chul kimg, sang-in lee and seung-wook jeong of samsung electronics co. ltd. were trying to rethink people’s assumptions of what a printer is.

generally, a printer is made from plastic components that come together to create a solid structure protected by a hinged exterior cover. because of the amount of pieces it takes to actually make one of these devices, they are often seen as products that cannot have a simplified surface. the team took into consideration these general assumptions, as well as the lifecycle and production of a printer–that they consume an extreme amount of paper, ultimately having an impact on the environment. they thought about how this excess recycled paper could be used in a more productive way. the conclusion was simple–to develop a printer made from the material. the result is ‘origami’, a 100% recyclable personal mono laser printer.

the product is a cardboard form that is realized using an origami-based assembly method. the 100% recycled material is cut out based on a planar figure, and the subsequently folded in order to shape the exterior of the box in which the mechanics and engine unit of the printer are placed. the employed paper-folding technique offers a structurally sound and durable shell which is comparable to those provided by typical printers made from plastic, as well as uncompromised printer functionality. ‘origami’, along with the korean designers’ two other printer concepts ‘mate’ and ‘clip’ were recently recognized at the 2013 international design excellence awards.

how it works
video courtesy of samsung tomorrow

the printer is formed based on a origami-folding technique

thought process behind the development of ‘origami’ 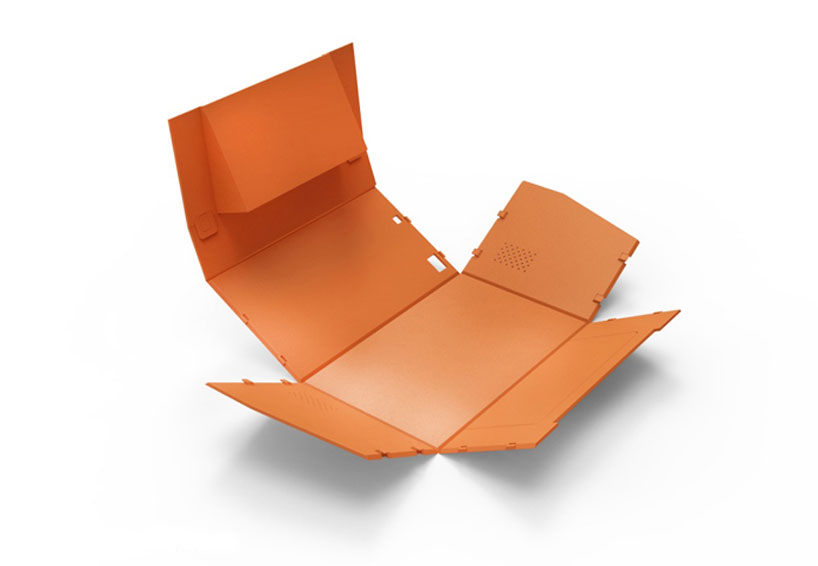 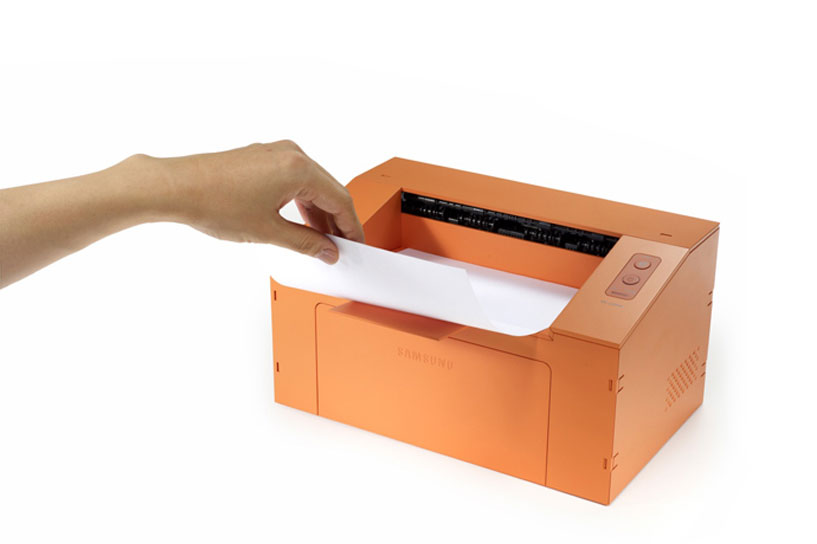 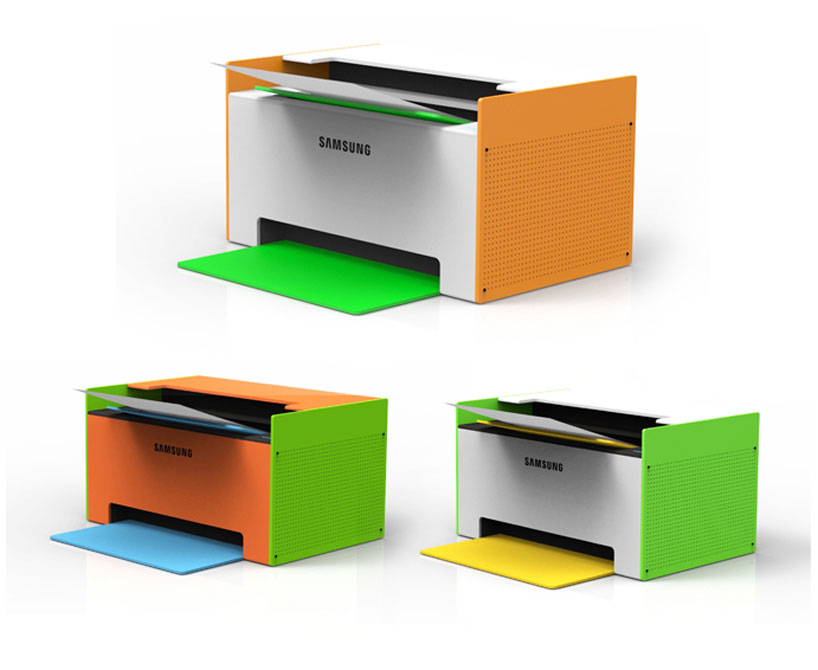