samsung has launched its second smartphone with a folding display called the ‘galaxy Z flip’, this time in the form of a traditional flip phone. the compact device opens out to a large 6.7-inch display made from an ultra-thin glass and features an improved hinge that hopes to mitigate issues with its previous fold device. 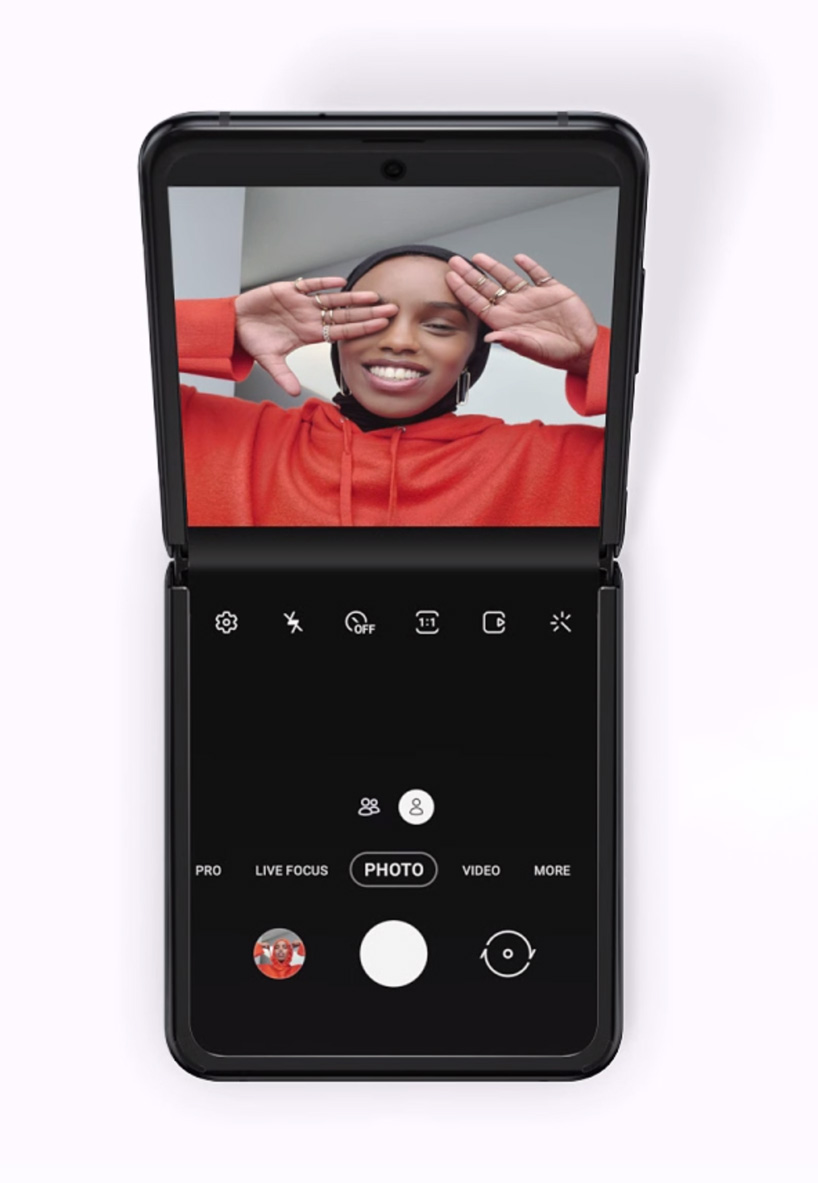 the new hinge that the company calls the ‘hideaway hinge’, is reinforced with fibers that wrap around the mechanism to protect from dirt and other particles. the other major difference is the ultrathin flexible glass display that should resist scratches better than the plastic screen it currently uses on the galaxy fold. samsung says the new glass will last for 200,000 folds. 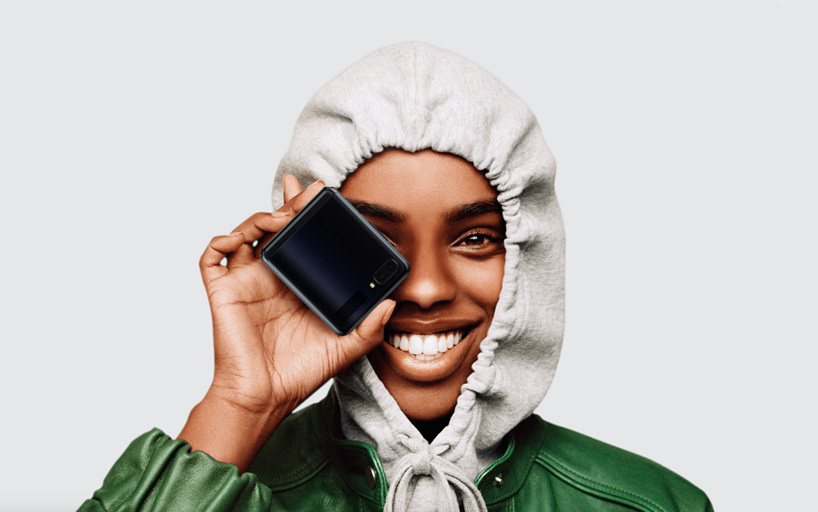 as shown in an advert during the oscars before the phone’s launch, the galaxy Z flip has a similar design to the motorola’s RAZR that opens upwards to reveal one large screen. meanwhile, a small display on the front shows notifications such as who is calling, next to a dual-camera featuring a regular wide-angle and an ultra-wide-angle. it captures 4k ultra-hd video at up to 60 frames per second. 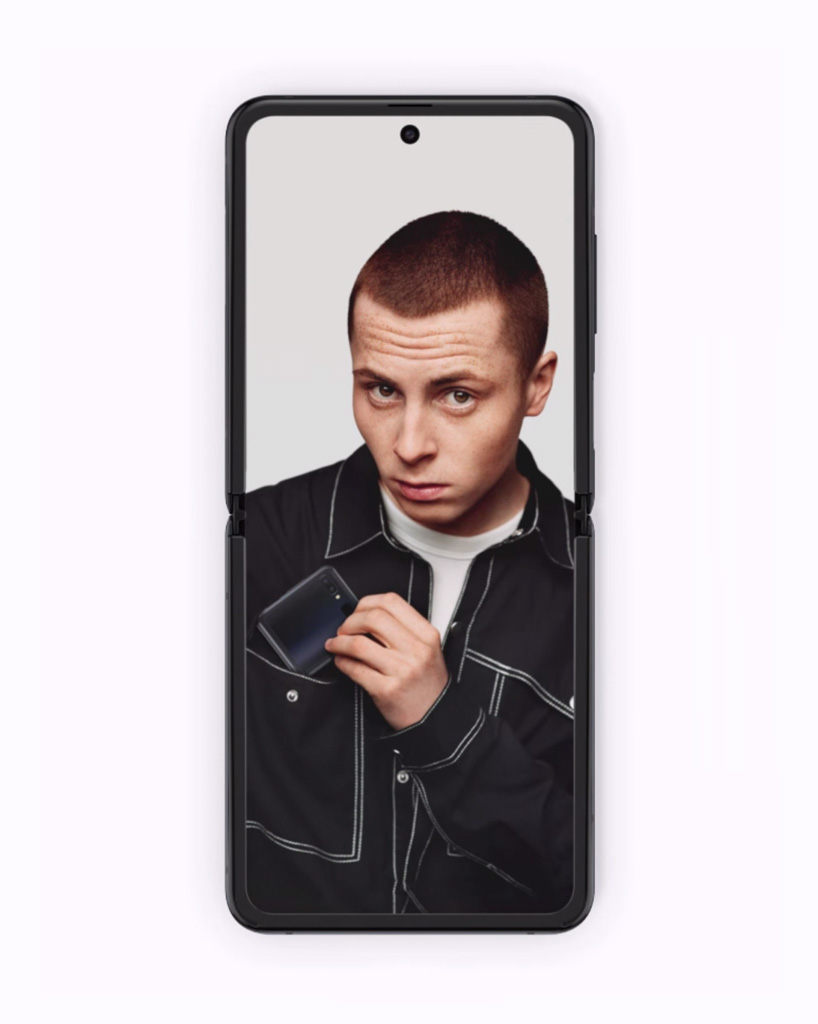 the hinge can hold the phone open at 45 degrees, splitting the screen into two 4-inch displays so that different content can be viewed at the same time. it leaves the display operational for uses such as streaming while searching for other videos, or video calling using the 10-megapixel selfie camera that’s cut out of the OLED display.

another notable feature not included in the Z flip is the samsung’s in-display fingerprint technology which was formerly introduced in its s10 flagship. instead the device will use a fingerprint scanner fixed to the phone’s side to unlock the phone. 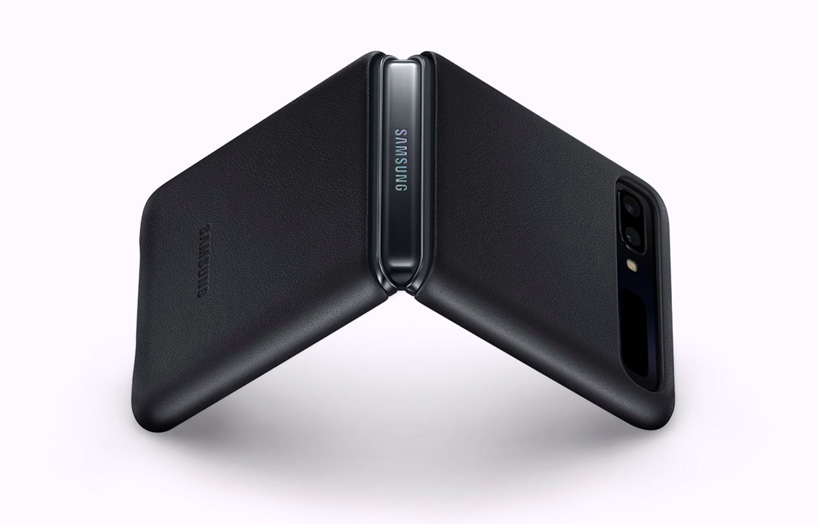 the device runs android 10.0 with a samsung user interface that’s subject to change. it’s powered by a qualcomm snapdragon 855 processor that’s paired with 8GB of RAM and 256GB of storage.

the samsung galaxy z flip will be released on february 14 and costs $1,380USD. it will be available in two colors right — a mirror black version and a mirror purple version. there will also be a mirror gold edition coming to ‘select countries.’ 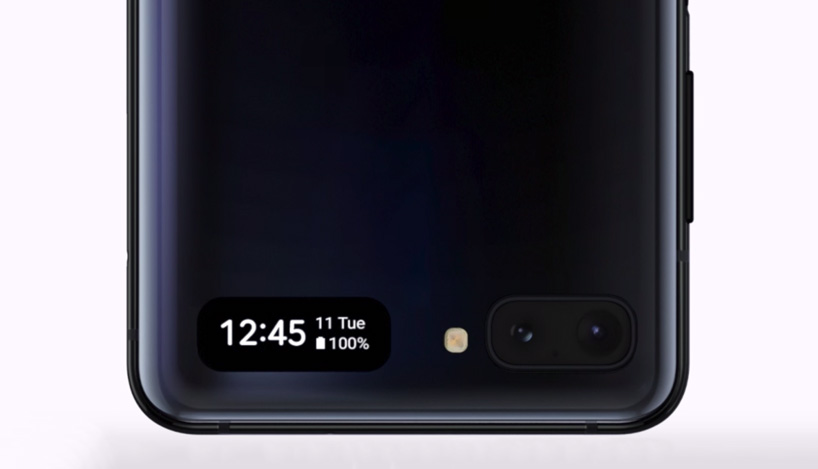 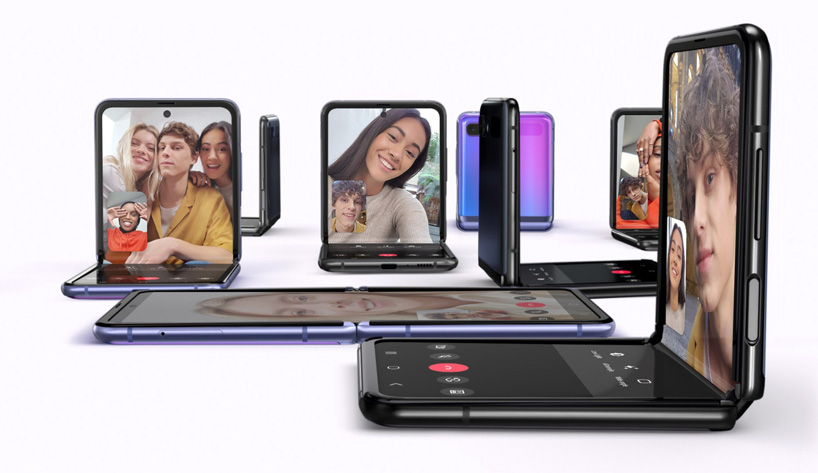 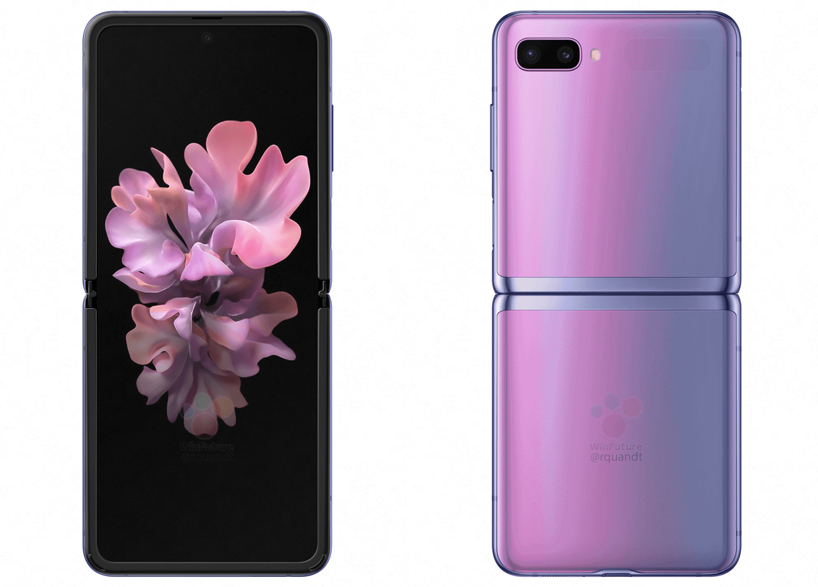 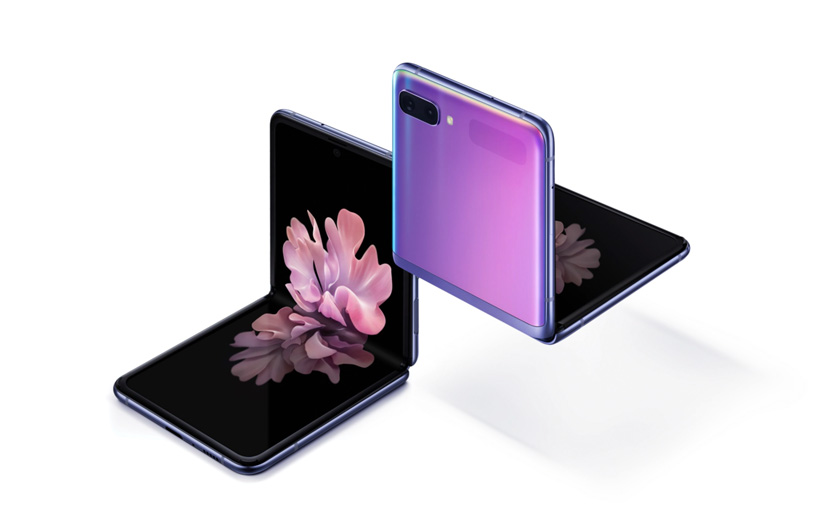