according to reports samsung is planning to launch a foldable smartphone later this year. samsung has been experimenting with bendable OLED displays for years, with the company first unveiling a prototype back in 2012. since then, the south korean company has been reportedly testing dual-screen smartphones.

now according to CNBC samsung CEO DJ koh has hinted a foldable phone could be unveiled at the brand’s developer conference due to be held in november. koh admitted that the mystery device had been ‘complicated’ to develop but the company had ‘nearly concluded’ it. rumors have suggested the company will launch a phone with a bendable display under the company’s galaxy note line. it’s not clear if consumers will actually be able to purchase the foldable phone this year. 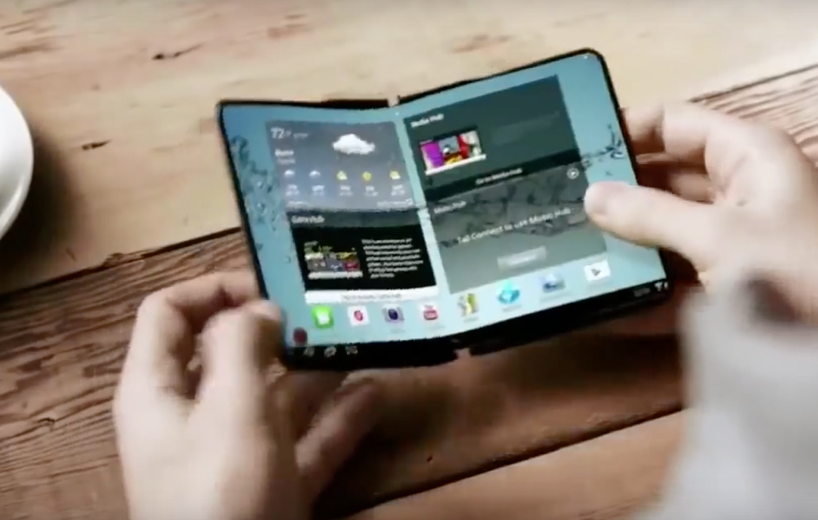 screen shot from samsung promotional video exhibited back in 2014

not much is known about the foldable phone which has been nicknamed the galaxy X but promotional videos exhibited at a 2014 conference hint that it could be more like a small tablet that folds into compact phone-like device. according to a report earlier this year from the wall street journal, the device may include a 7-inch single display and will reportedly fold in half like a wallet, with the exterior of the device displaying a small bar of information.

following samsung’s recent ad campaigns mocking apple, the release could upstage its competitor who according to rumour sites releasing its next iphone on 12 september. samsung also recently unveiled a 8K television promising realistic and life-like images.

Apr 28, 2021
rolls-royce collaborates with Hermès in bespoke phantom for japanese billionare
designed and handcrafted by a team of specialists from both houses, the car was envisioned as a land jet, bringing the exclusivity of private air travel to the streets.
technology
0 shares
connections: 99
research team in seoul develops rugged, shape-shifting wheels with origami techniques
in their natural state, the wheels are collapsed and small -- when squeezed horizontally, they fold up to their maximum diameter.
technology
0 shares
connections: +550