the samsung galaxy fold has been somewhat of an enigma since its debut at the fifth annual developers conference last year. the device didn’t even make its way off-stage at the unpacked event in late february. since then there have been questions on the durability of foldable smartphones with some doubters and naysayers strongly criticising the technology as a fad, which is probably why samsung has released a video proving that the galaxy fold can do just that, again, again, and again. 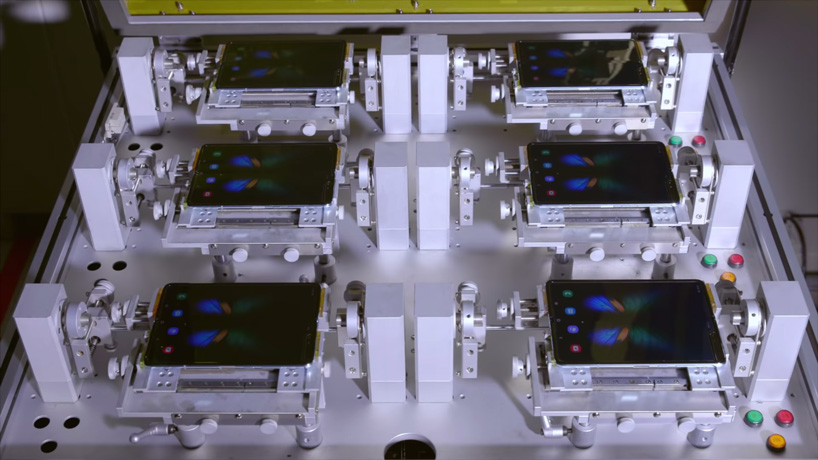 the week-long test replicates the scenario of someone opening and closing the phone 100 times a day over the course of five years. the phones are strapped to a series of robots that cycle through the motion roughly 200,000 times. 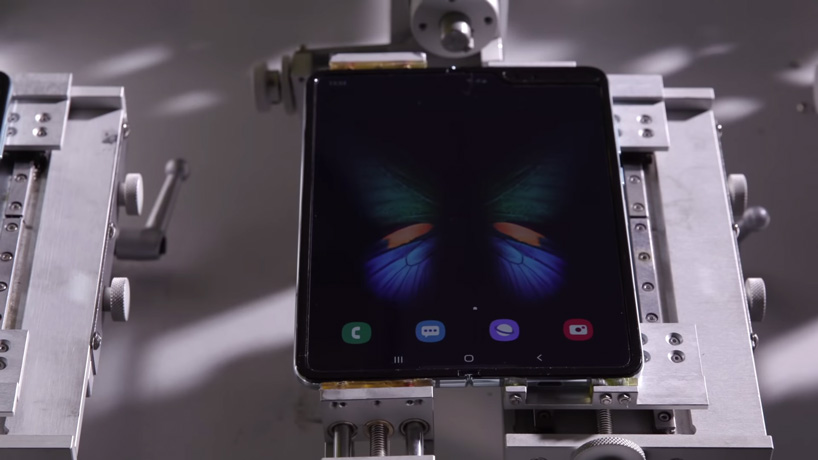 ‘naturally, given the smartphone’s design, a folding test was a pivotal part of the galaxy fold’s durability assessment‘, samsung explained in a statement along with the video. ‘while the extent of the test may seem like overkill to some, samsung viewed it as vital to ensuring the durability of device’s hinged design and infinity flex display.’ 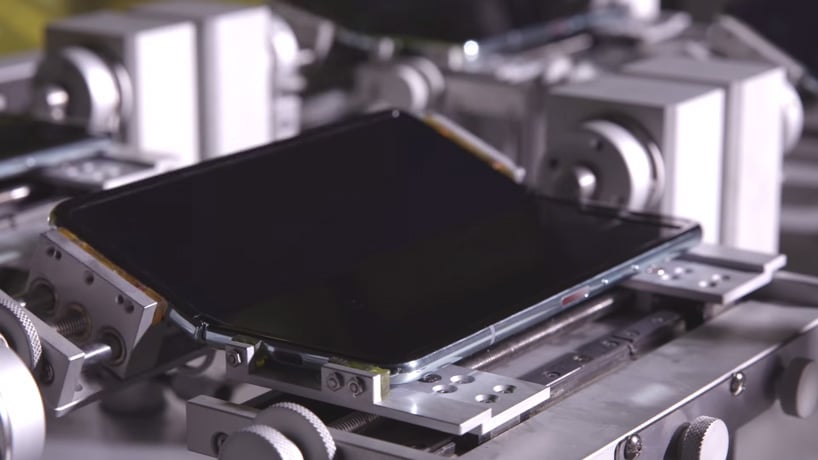 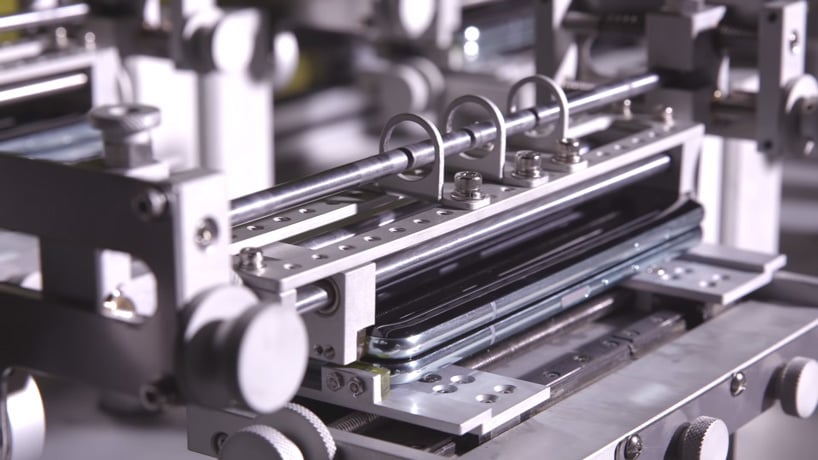 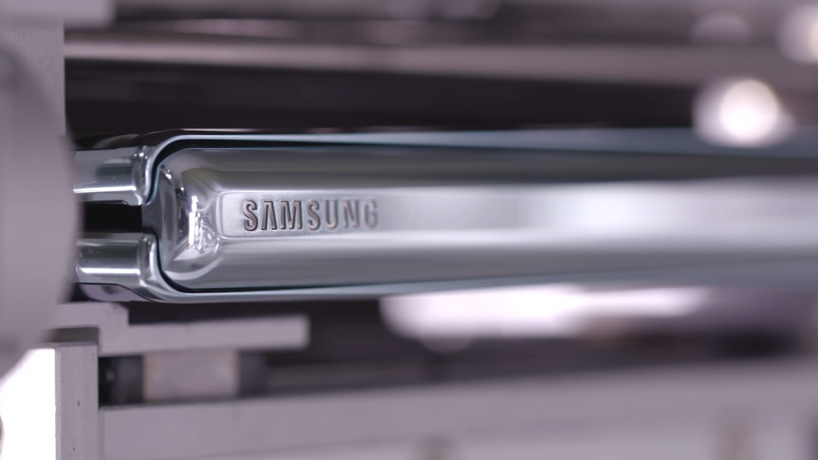