samsung has collaborated with star wars to launch a special edition galaxy note 10 plus. coinciding with the december 20 release of star wars: the rise of skywalker the special edition smartphone commemorates the event with a star wars-inspired design and exclusive digital content. 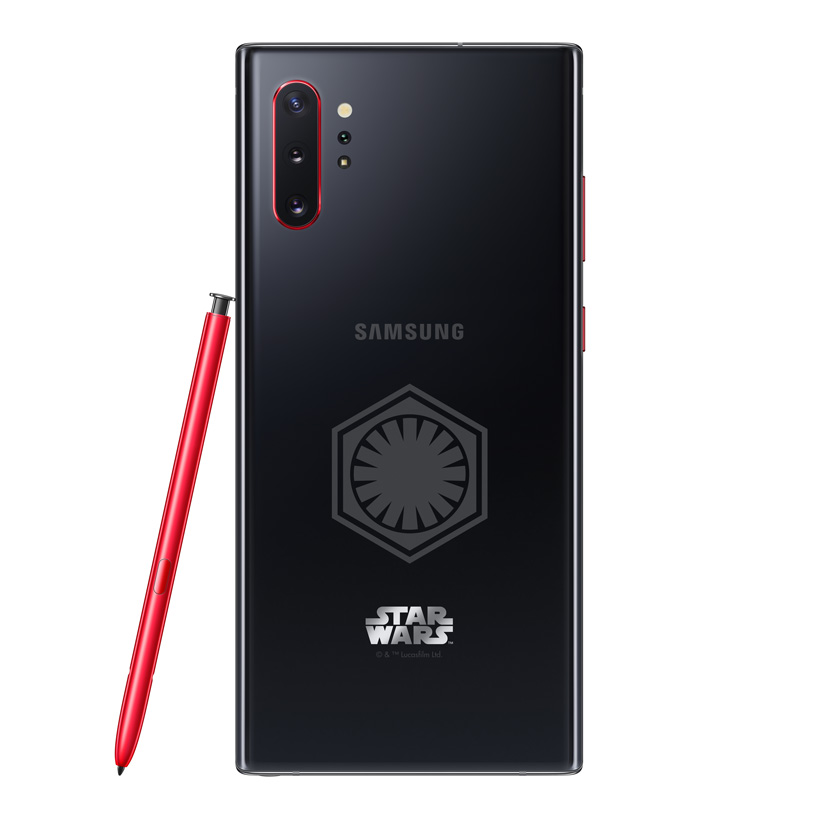 samsung says that the phone will be bundled with a specially designed case as well as exclusive star wars-themed content including wallpapers, shutdown animations, icons and sounds for fans to enjoy. it also comes with a metal badge as a collector’s item, a red lightsaber-like s pen echoing the red-accented buttons, and galaxy buds.

clearly, the phone is styled after supreme leader kylo ren, with a sleek black body and a first order emblem on the back. it costs $1,299.99, which is a little more expensive than a base galaxy note 10 plus that retails for $839.99. 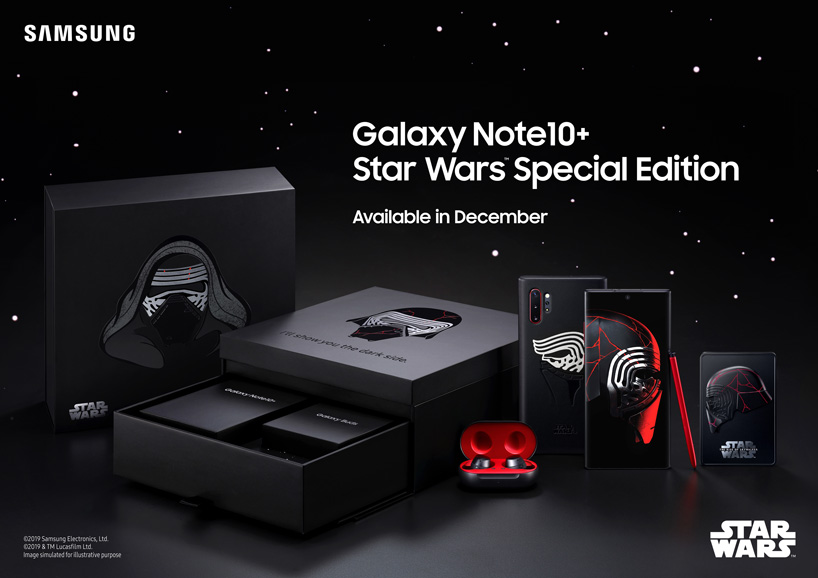 the samsung star wars galaxy note bundle will be available in 15 markets (including australia, denmark, finland, france, germany, hong kong, korea, norway, russia, spain, sweden, turkey, uae, uk and usa) from december 10th 2019. the unlocked phone will be out december 13th in the US.