the samsung ‘project beyond’ 360° camera by their research america think tank team, captures and streams immersive videos to transport gear VR wearer’s to places and events around the world. it is the world’s first 3D omniview camera and is able to deliver high resolution, full reconstructions of an environment, in all directions. the system uses patent-pending stereoscopic interleaved capture and 3D-aware stitching technology to visualize the scene just like the human eye, but in a extremely compact form factor. its stereo camera pairs combined with a top-view one, takes independent images of left and right.

the samsung ‘project beyond’ is being developed by the think tank team and it has completed the first operational version of the device. gear VR wearers can access the content generated from the streaming of real-time events and also the store that collects this data for future viewing. the electronics company’s 3D 360° camera and virtual reality headset combines to offer a gateway to instantly teleport users to places they have always wanted to see. 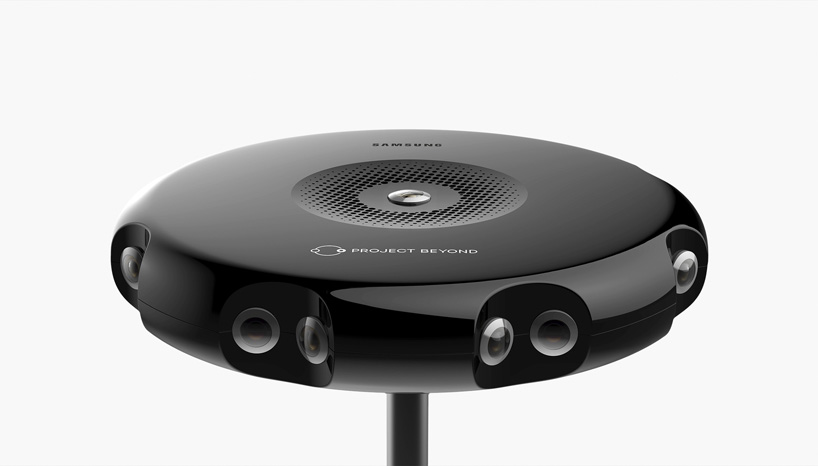 front view of the immersive camera 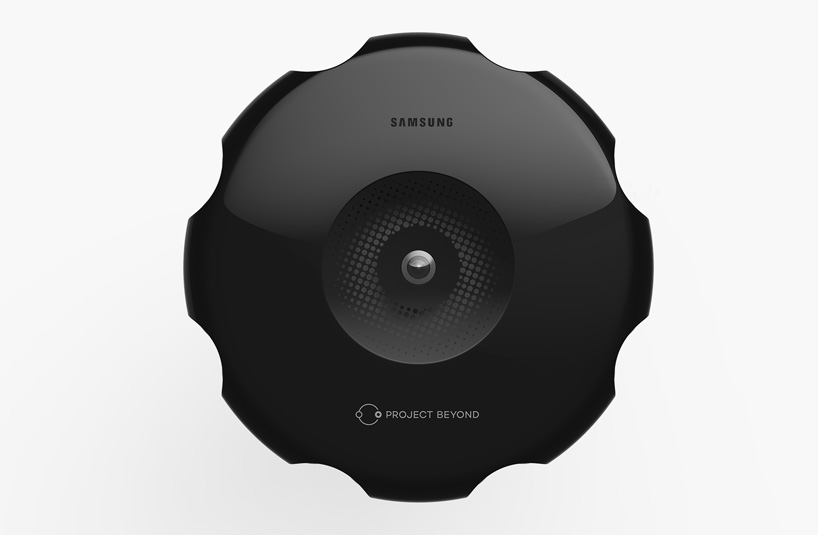 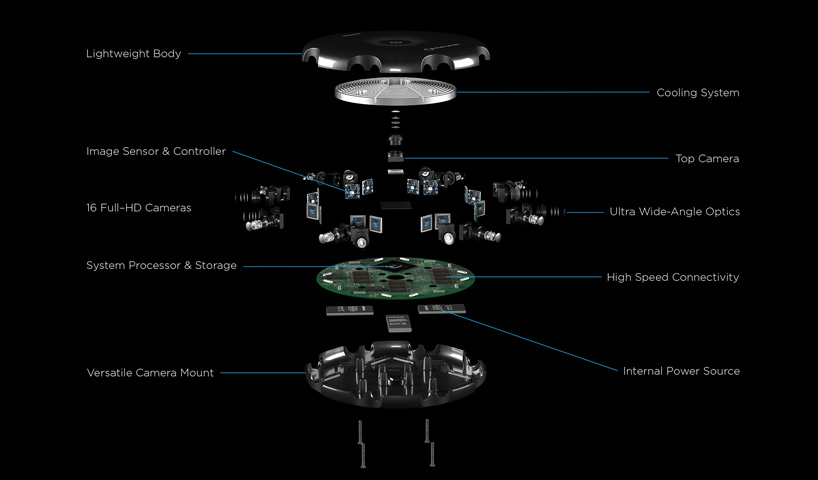 an exploded view of the project beyond