industrial designer samuel aguiar, with a specialization in car design, completely transforms the polish-made VX-1 maxi scooter into ‘hope’ — a cross between ‘a pre-A Porsche 356, an iPhone and a pokémon.’ the repurposed vetrix VX-1 maintains its original features, including 65Nm of torque, a top speed of 75 mph (120 kph) and a theoretical maximum range of 173 miles (280 km). 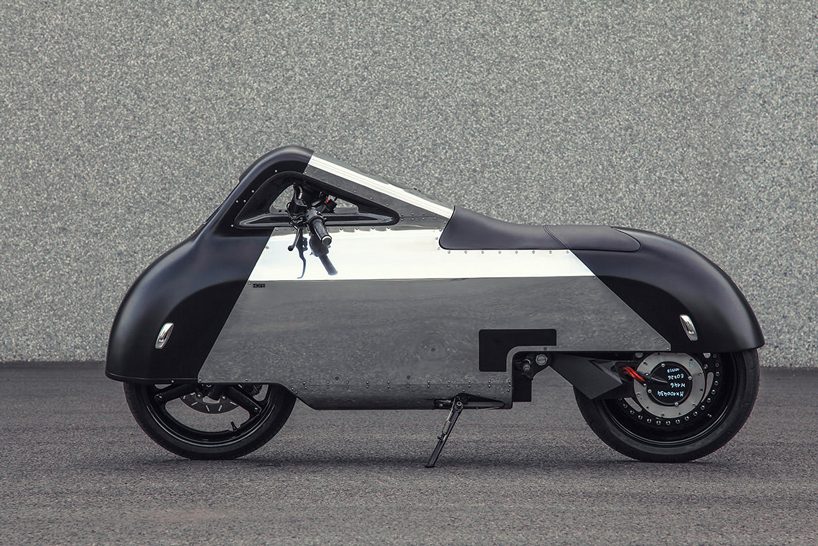 aguiar began the initial sketches of the redesigned VX-1 ‘hope’ four years ago before rending any 3D models. the data exported from those renderings was then used to build the final form. ‘once the volume was defined, I had to find a nice melody between the seat, the lights, the dashboard and all the other elements.’ explains aguiar, ‘it was important for me to stay very ‘ergonomic’ to make the design usable. This is where you decide whether to keep your idea as a sculptural state, or to bring it to a functional state.’ 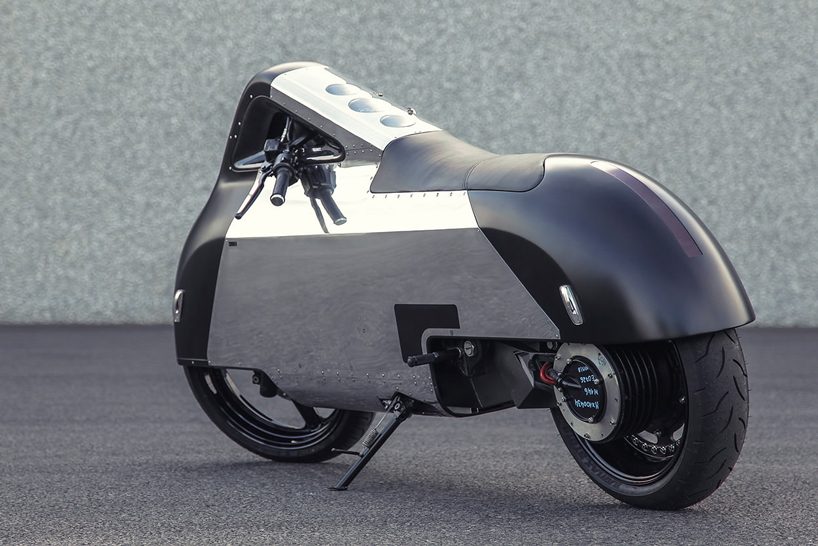 once the laser-cut steel plates were installed for the bike’s basic framework, the designer used modeling mastic to form the final shape, before creating each panel out of fiberglass. the front and rear sections were painted black, while the center sections were wrapped in aluminum plates, riveted to the fiberglass. the dashboard surround was laser-cut from aluminum, and the inside of the steering cutout was molded from carbon fiber. 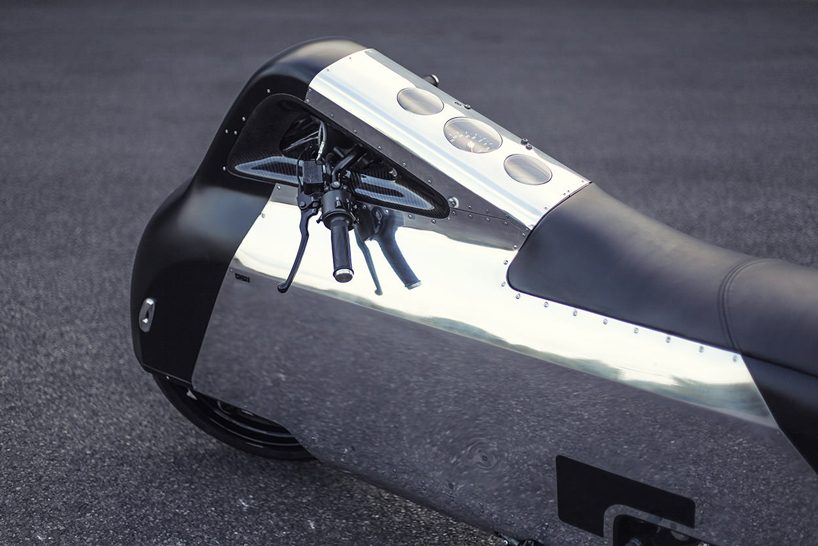 the handlebar is made of a steel, TIG-welded design, built in two pieces, made to be disassembled if one chooses to open up the bodywork

the original 13”/14” wheels were replaced with a larger 17” combo, using a Suzuki GSF item up front, and a custom-made, three part aluminum design in the rear. the new wheels are kitted with a brembo brake system for more grab. 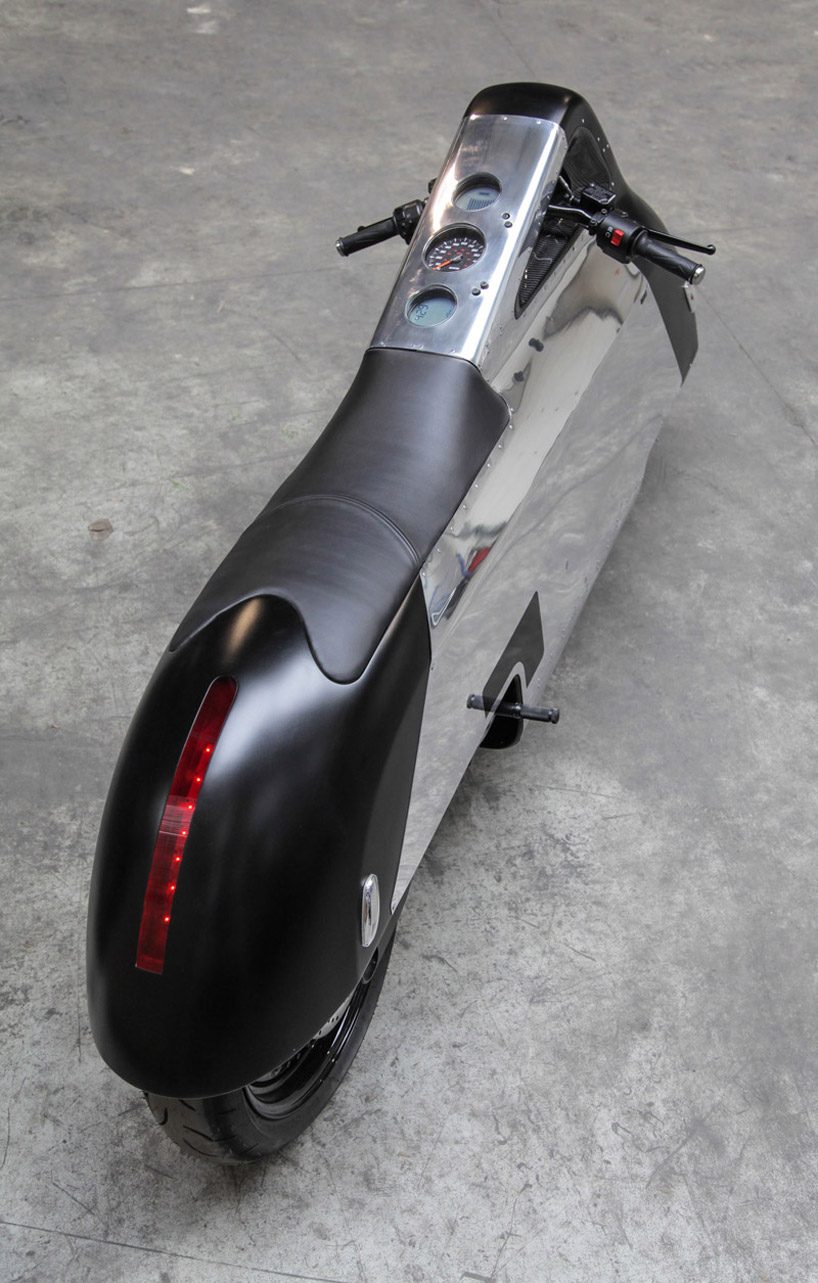 the dashboard surround was laser-cut from aluminum, and the inside of the steering cutout was molded from carbon fiber
image © shinyhammer 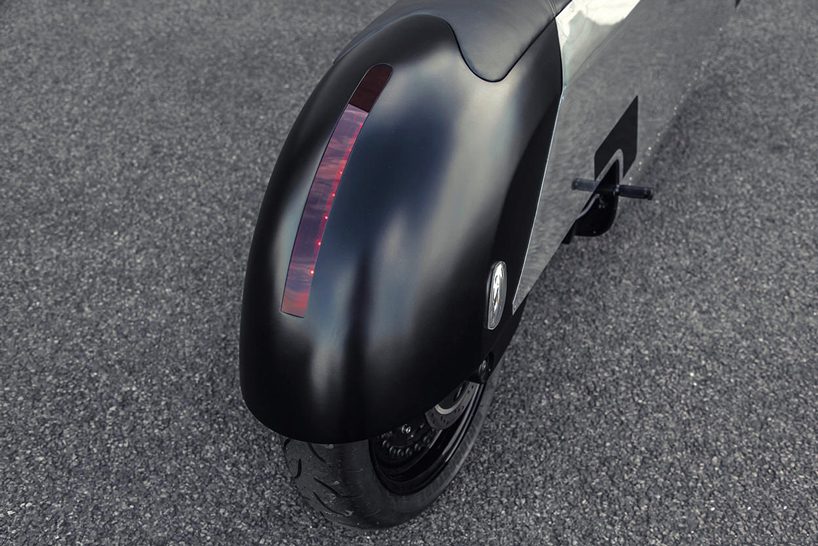 the charger was moved from the front to the top of the batteries, and the angle of the rear fan controller was tweaked to make space for the bigger wheel 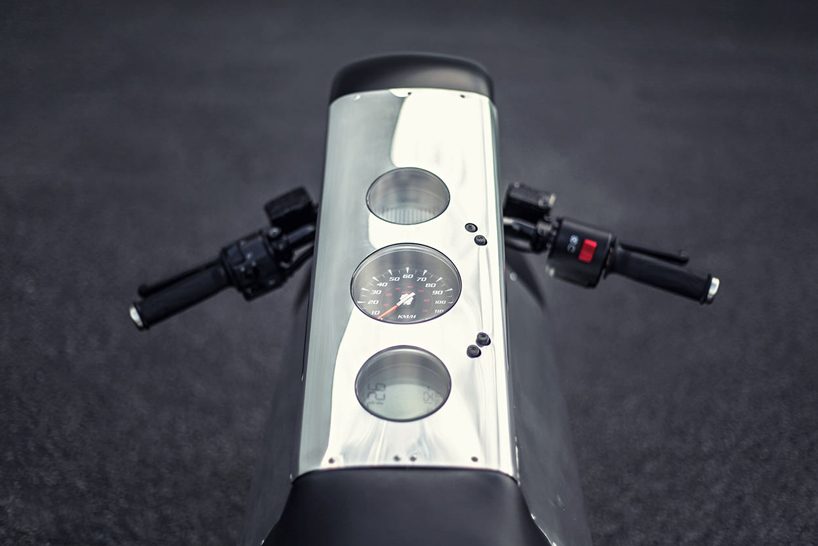 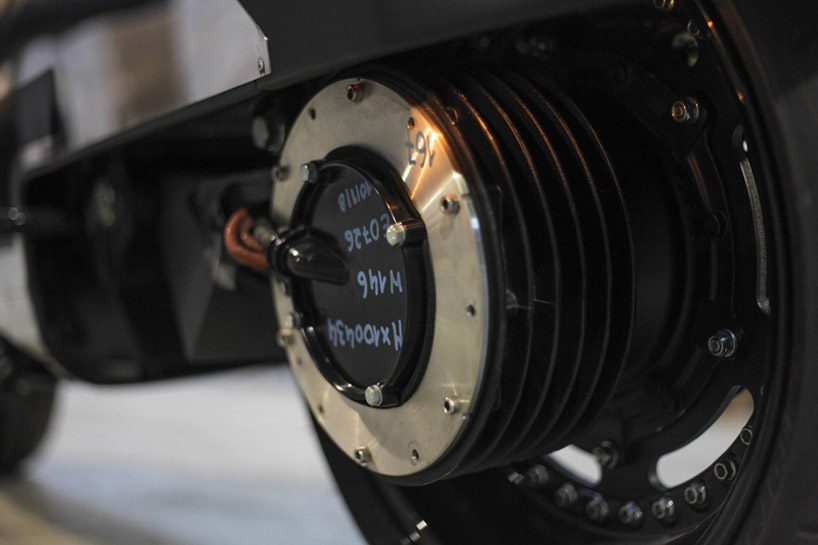 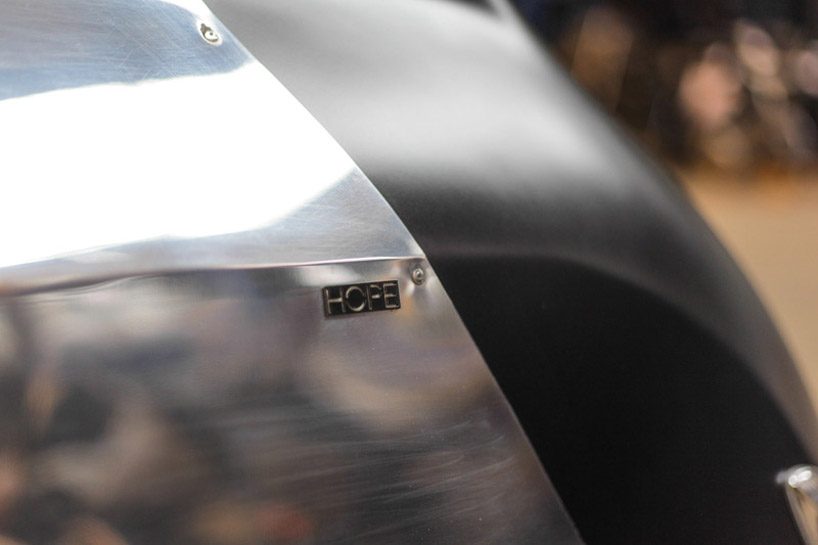