american research center sandia national laboratories is looking at radical designs for gigantic blades longer than 200 meters. this could help bring offshore wind turbines to create more than 50 megawatts (MW) from the shores of the world. the ‘segmented ultralight morphing rotor’ (SUMR) is funded by the US department of energy’s advanced research projects agency-energy program. the challenge will be to change load alignment during use that can dramatically reduce peak stresses and fatigue on the rotor blades. the design will reduce costs and allows construction of blades big enough for a 50 MW system. 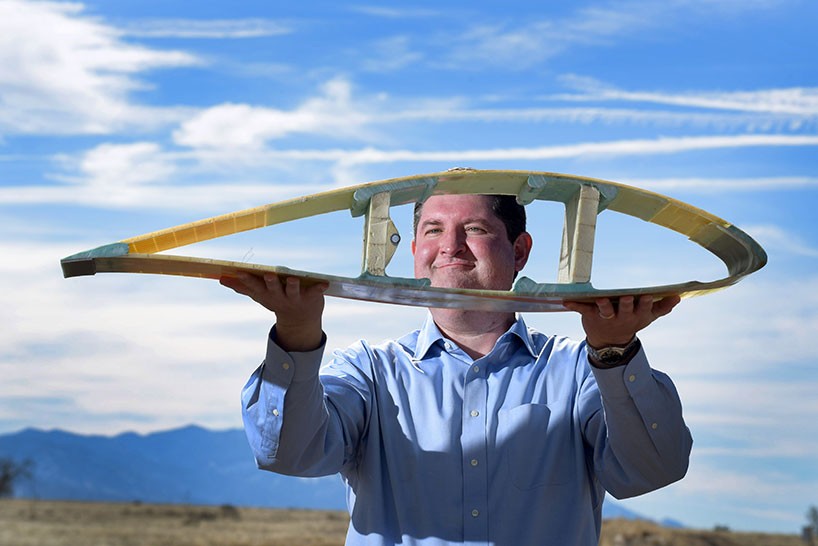 most current american wind turbines produce power in the one to two megawatt range, with blades about 50 meters long, while the largest commercially available turbine is rated at eight megwatts with blades at 80 meters long. the massive turbines would be located downwind, unlike conventional turbines that are configured with the rotor blades upwind of the tower.SUMR’s load-alignment is influenced by the way palm trees move in storms. the lightweight, segmented cylindrical shells of the blade would bend in the wind while retaining segment stiffness. this arrangement radically reduces the mass required for blade stiffening by lessening the forces on the blades using the palm-tree example load-alignment approach.

the design would be advantageous in parts of the world at risk for severe storms, such as hurricanes where offshore turbines must withstand tremendous wind speeds over 322 km/h. at those speeds the blades are stowed and aligned with the wind direction, reducing the risk of damage. once wind speeds slow down, the blades would spread out more to maximize energy production.