china-based designer li jingxuan, has conceived a ‘scent capturing printer’ concept for sony that analyzes certain smells
coming from foods, and translates them into a postcard. the system works using an ‘electronic nose’, a sensor that samples pattern
recognition to generate and characterize odors. the printer would then simulate these captured fragrances by mixing aroma based
inks stored within the device and transferring them onto a special photo-paper stock modules. once printed, the user would peel
a flap on the back side of the image to reveal the captured scents. the project adds a new dynamic perspective in communicating
through interactive postcards, where the idea of sharing and capturing certain moments in time becomes highly enjoyable.
li jingxuan’s ‘scent capturing printer’ project took part in the 2012 sony student design workshop. 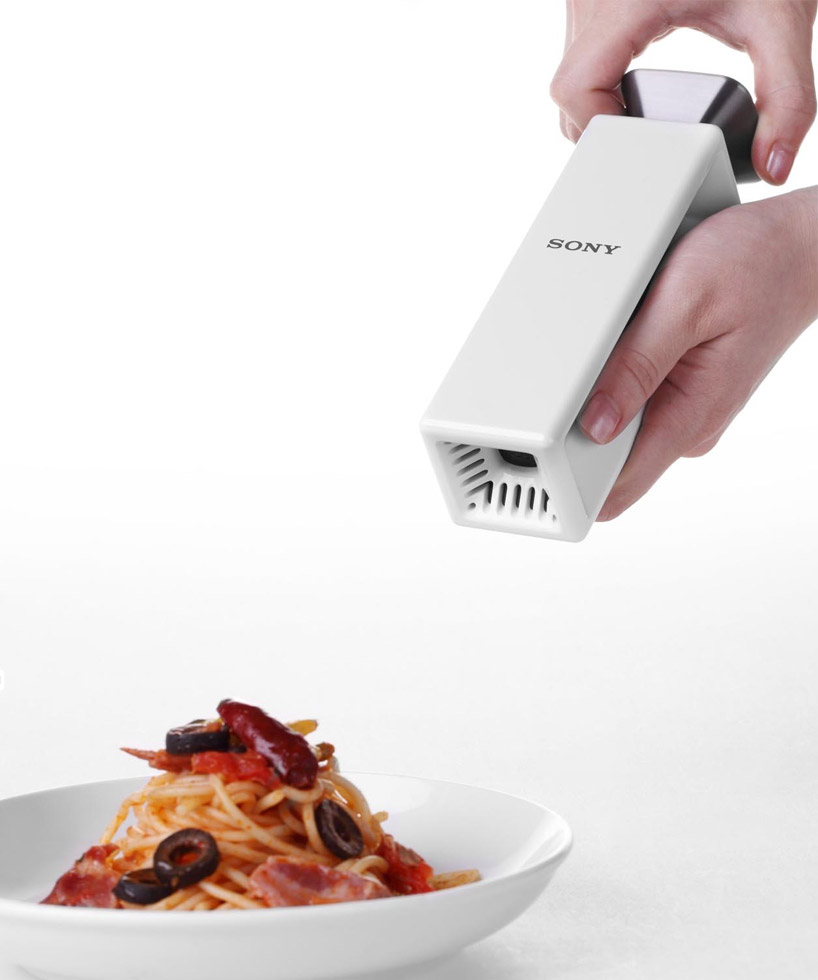 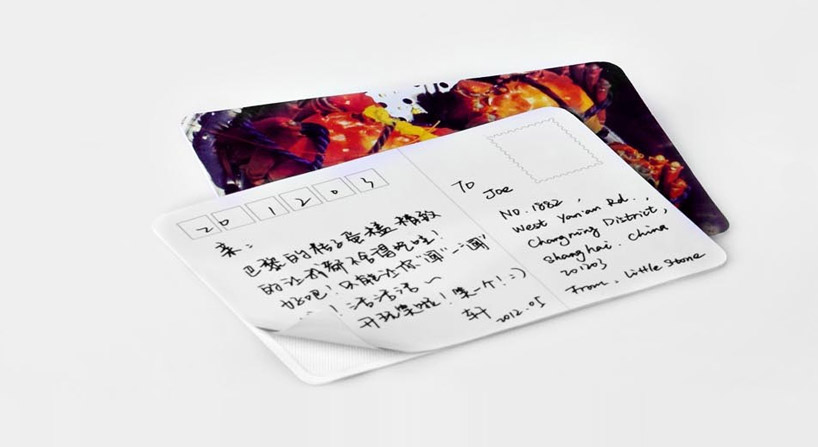