based on current ‘headspace capture’ perfumery technology, the ‘madeleine’ by london-based designers amy radcliffe and helene combal-weiss is an analogue odour camera, working in much the same way as a 35mm camera does. the ‘scentography’ device records light information from visual imagery to create replicas of molecular data and information from specific smells. conceived with reference to post-visual past time experiences, the photographic machine manipulates one’s emotional well being through prescribed nostalgia–that is, by exploiting the functional use of conditioned scent memory and olfactory senses. to process the ‘scentographic’ captures, one would have to place a class enclosure over their desired object of choice to harvest its aura. a pump then sucks the air across an odor trap, where potion-like fragrance samples manifest as liquids, which if needed, can be later be processed at a fragrance lab in a gas chromatography–mass spectrometry machine.

how to succeed with your madeleine
video courtesy amy radcliffe 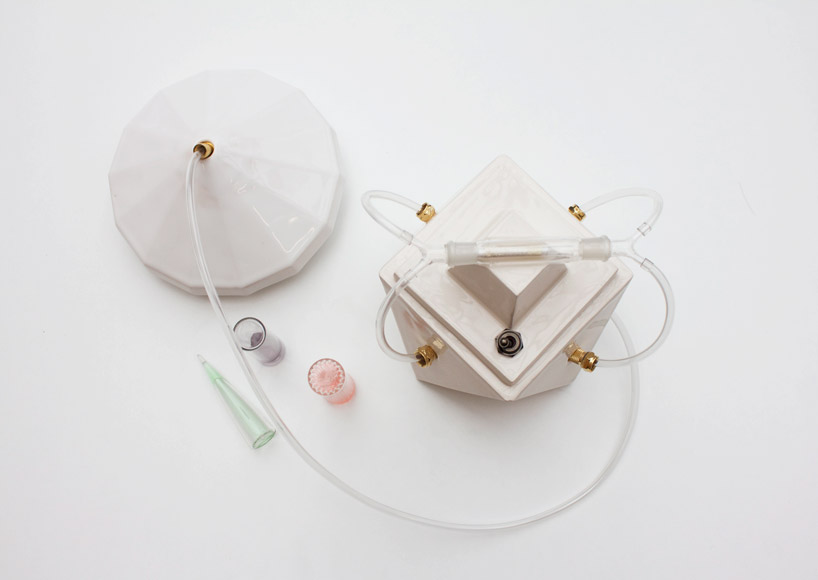 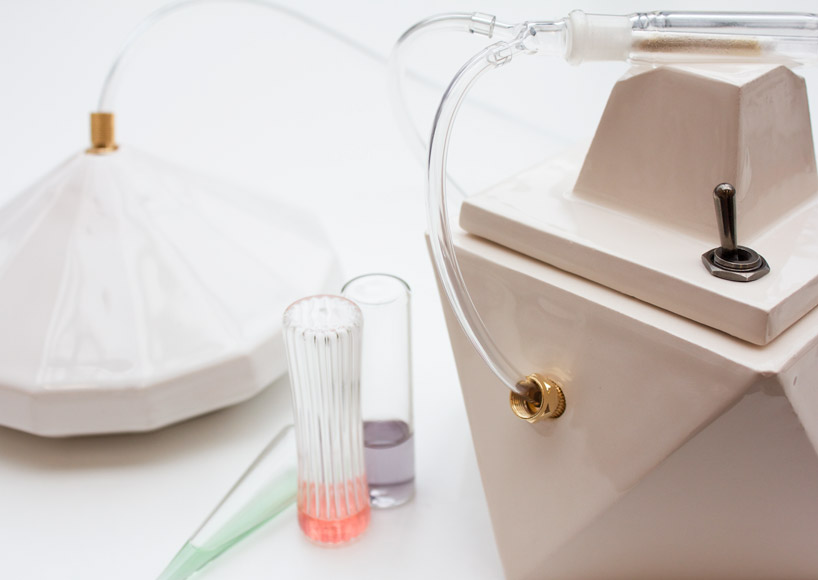 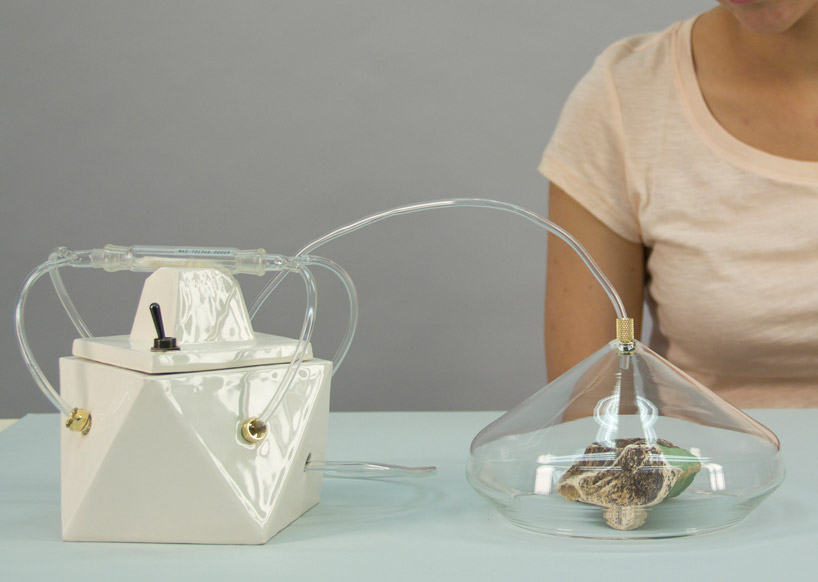 the machine manipulates one’s emotional well being through prescribed nostalgia 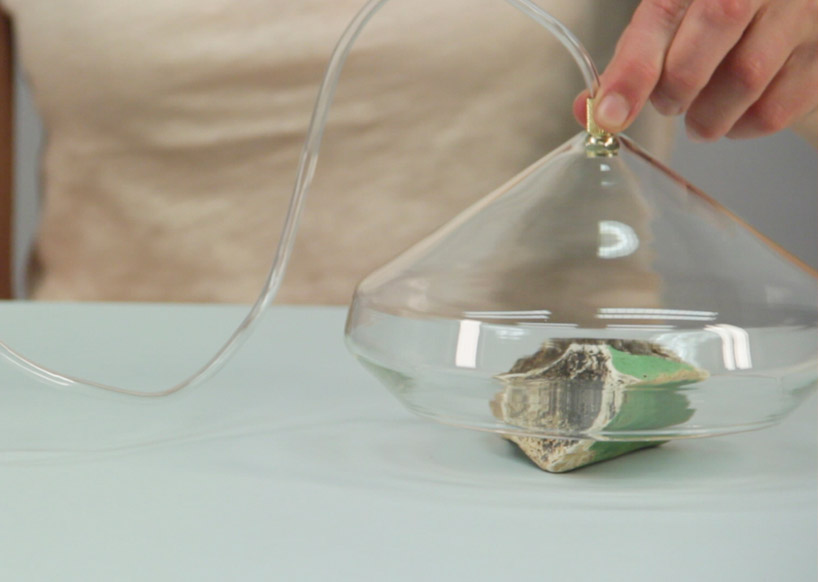 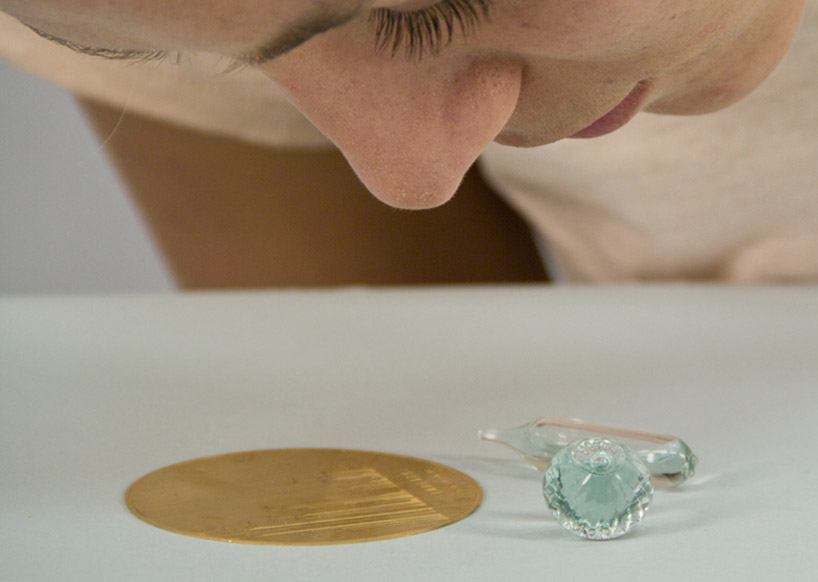 testing out the captured smells 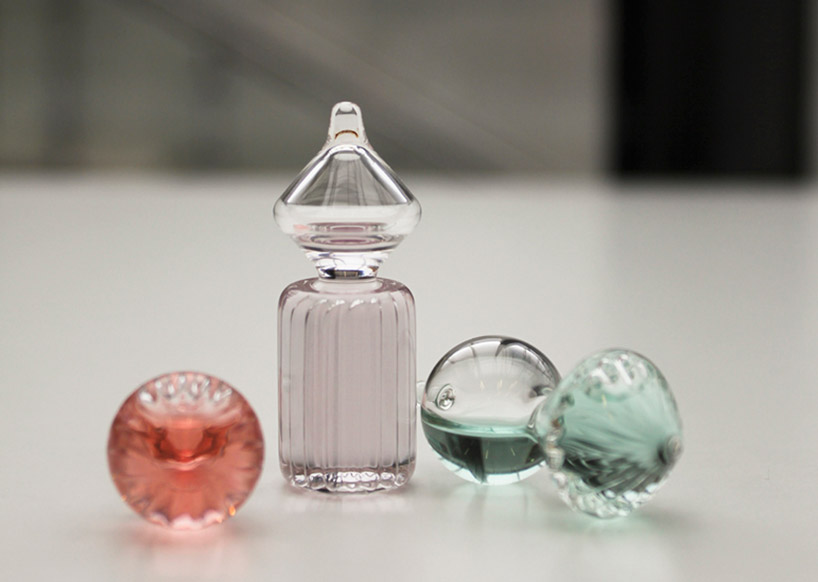 to process the results, the contraption uses two separate chambers that translate the smells into potion-like samples