the schlörwagen: a highly aerodynamic but impractical car

developed by engineer karl schlör as a prototype aerodynamic vehicle, the ‘schlörwagen’ embodied the peak of automotive innovation in 1930s germany. with its peculiar teardrop shape, the car made headlines at the 1939 berlin auto show but was quickly dismissed for being impractical, unattractive, and unsafe for driving. after fitting it with a russian aircraft engine and taking it for a test run in 1942, the schlörwagen was eventually set aside and never made it to mass production.

in light of WWII, the car was kept in the göttingen aerospace center until august 1948, partly pulled apart, before the british military administration seized it. its location and condition are not entirely known today. 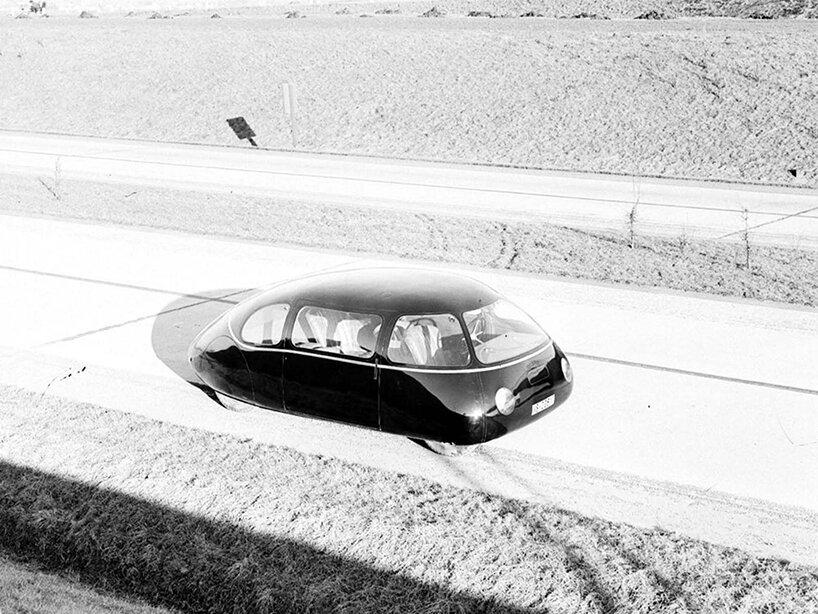 MODELED AFTER airplane wings and the mercedes 170 H model

while creating the prototype, karl schlör used a modified version of the mercedes 170 H chassis and looked at an airplane’s wings for inspiration. the final design consisted of a 4.33 meter-long, 1.48 meter-high vehicle with a body stretched over the front wheels. despite its small frame, the schlörwagen was about 250 kg heavier than the original 170 H model. the combination of its heavy mass and stretched-out design badly affected the car’s center of gravity – making the schlörwagen unsafe for driving and prone to crosswind impact.

for more information, you can read the full story on rare historical photos. 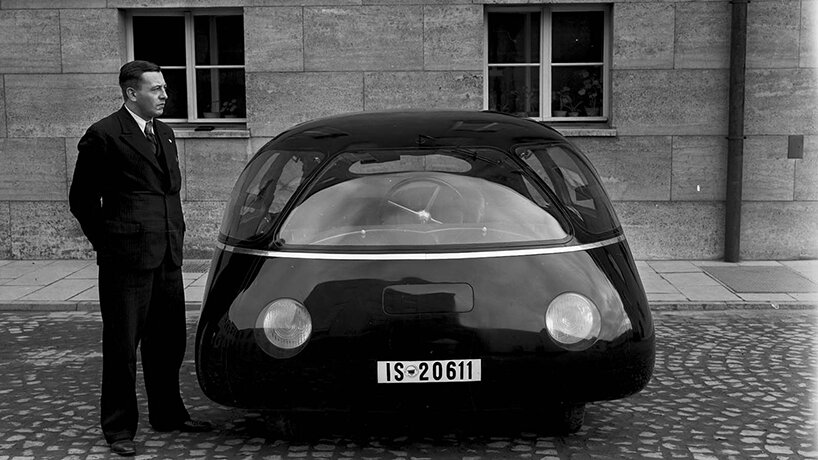 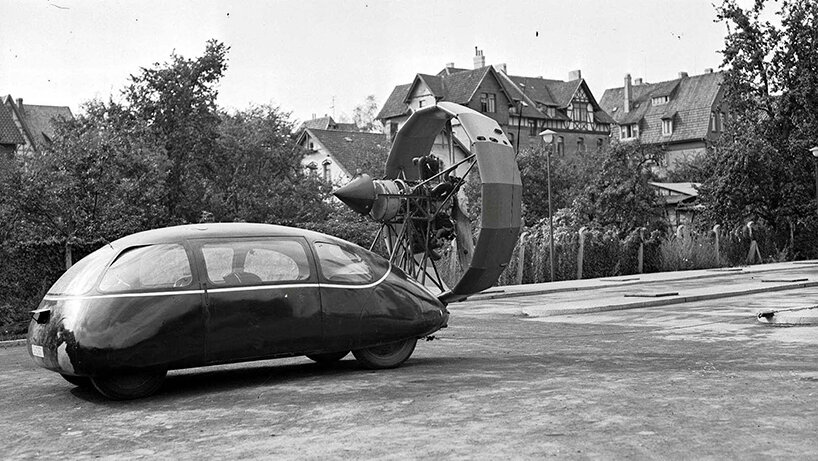 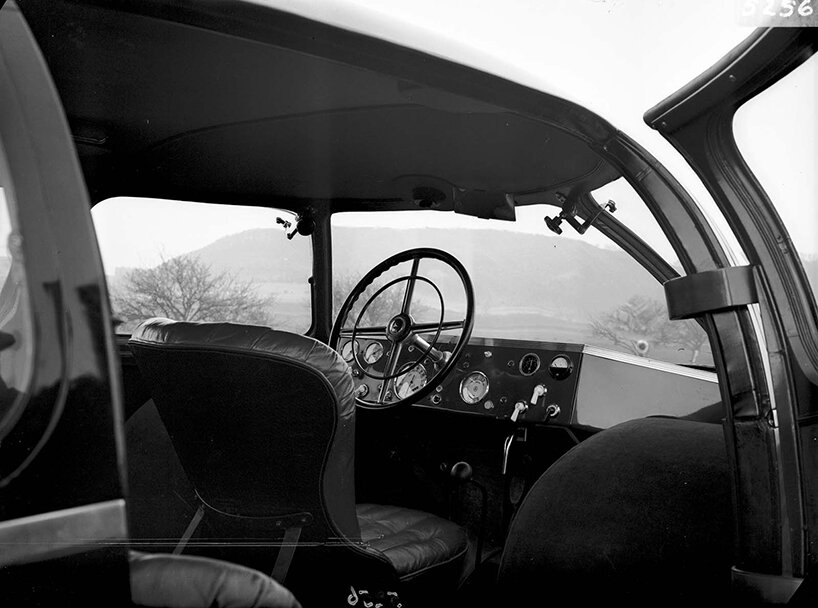 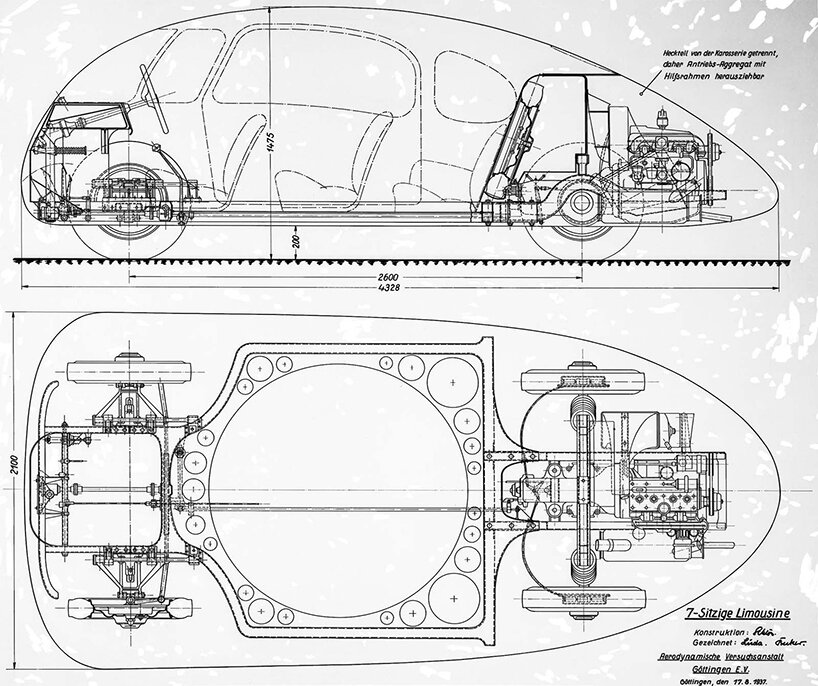 technical drawing of the prototype developed by karl schlör