at team of scientists at the hong kong university of science and technology has achieved a major breakthrough in the development of an artificial eye that is comparable to human’s. in a paper published in nature, the team led by zhiyong fan documents the fabrication of a hemispherical retina that mimics the structure of a human eye. this new development, called ‘EC-EYE’, provides a cyborg eye that is closer to the real thing in both aesthetics and visual performance. 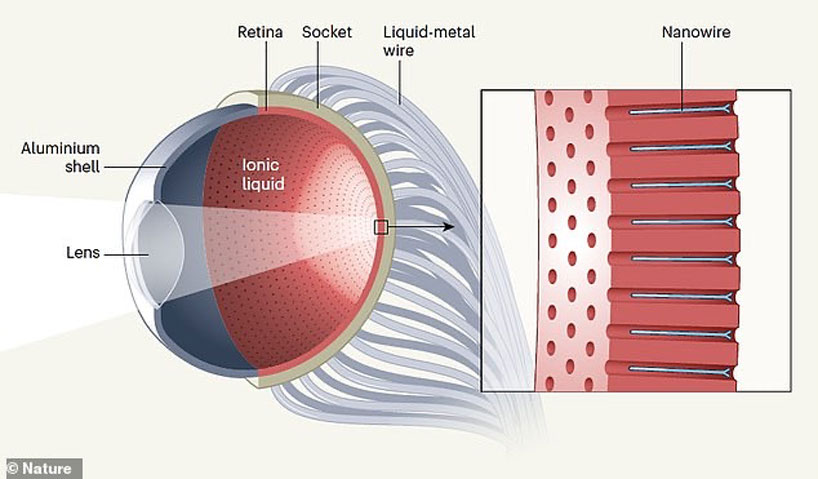 scientists have long been researching how to provide those with visual impairments with an artificial counterpart. given the wonderful intricacies of the human eye, it has been difficult to create a bionic alternative that recreates the spherical shape and the hemispherical retina. however, in this paper, the scientists at hong kong university of science and technology have developed a hemispherical retina packed with photosensors that mimic the photoreceptor cells present in human retinas (via nature). information in the form of electrical signals is then transmitted from these photosensors by a series of tiny nanowires. made from a liquid metal and sealed in soft rubber tubes, these wires replace the nerve fibers usually found in the human eye. 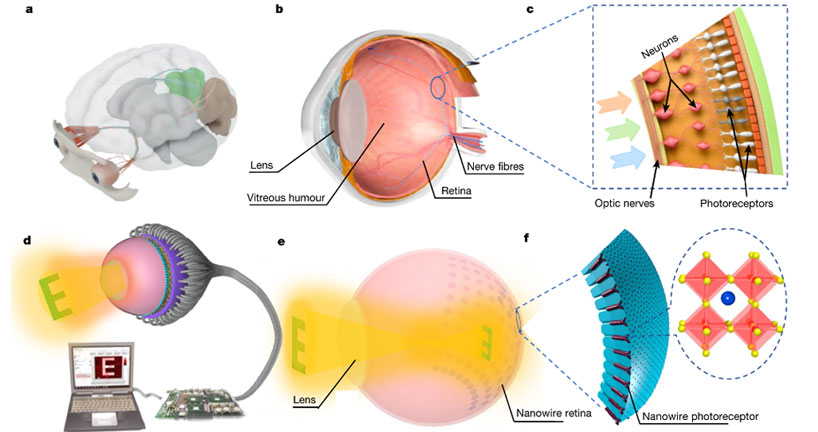 the artificial eye measures 2 cm in diameter, similar to the size of a human eye, and intends to be powered by sunlight. despite marking a huge advancement toward providing sight to millions, the scientists are still researching how to improve the design. in the near future they intend to improve the resolution and scale of the retina, reduce the overall costs of fabricating the eye, and establish the exact period of time the eye could be safely used for. to find out more, you can read the paper published on nature here. detailed structure of the EC-EYE