after an unsuccessful 2014 formula one season with the F14 T, which became the first ferrari since 1993 not to score a grand prix victory, the maranello-based F1 team introduced the SF15-T during pre-season testing in spain, the car the italian team hope will return them to their championship winning ways in 2015. the new machine, will be driven by four-time champion sebastian vettel and one-time champion kimi raikkonen. 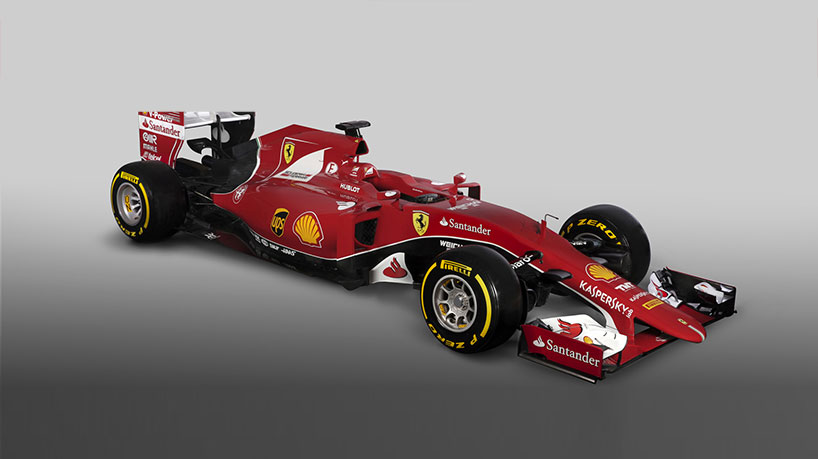 like other 2015 cars, SF15-T is quite different in appearance. the most obvious change from last year is at the front where a long flat nose has been introduced in response to recent rule changes. the rear of the racecar received similar attention: ‘the back of the car is something that is noticeably different from the 2014 car,’ says technical director james allison.

‘we have been successful in pulling the bodywork much tighter to all the stuff underneath the skin. that’s been done from a lot of work, not just in the wind tunnel, but also in the design part of the company to try to find radiator designs that were fundamentally more efficient. for every square centimeter of radiator we’re able to extract more cooling this year than last and therefore were able to close the car down at the back as a consequence.’ 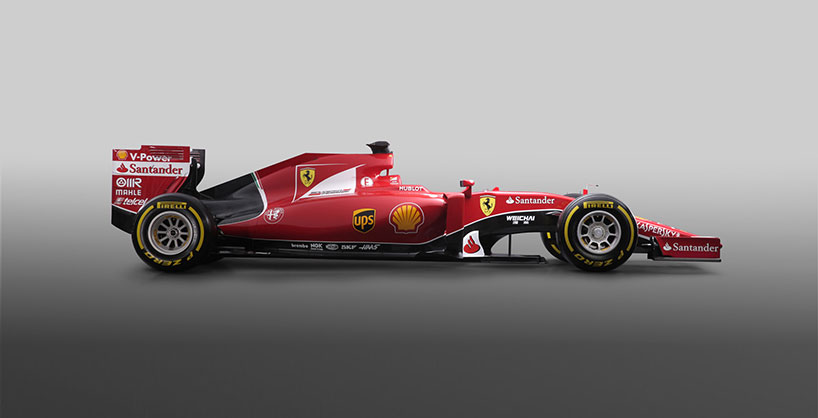 another crucial area of development for the scuderia over the winter was on their power unit, which struggled against the mercedes-powered F1 cars. ‘we had a number of issues with last year’s power unit,’ added allison. ‘early on in the season the power delivery was not particularly sophisticated so it was tough for the drivers to get the throttle response they wanted. that improved a lot during the season and we’ve taken it a step further for the SF15-T.’ 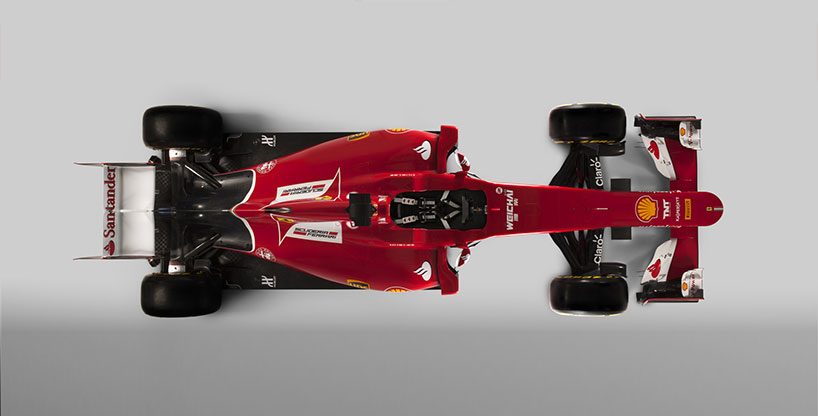 ‘a definite weakness of last year’s car was that the amount of electrical energy we were able to recover from the turbo was not really good enough for producing competitive power levels during the race. that’s an area where we’ve tried to change the architecture of the engine to make it a better compromise between qualifying and racing performance. 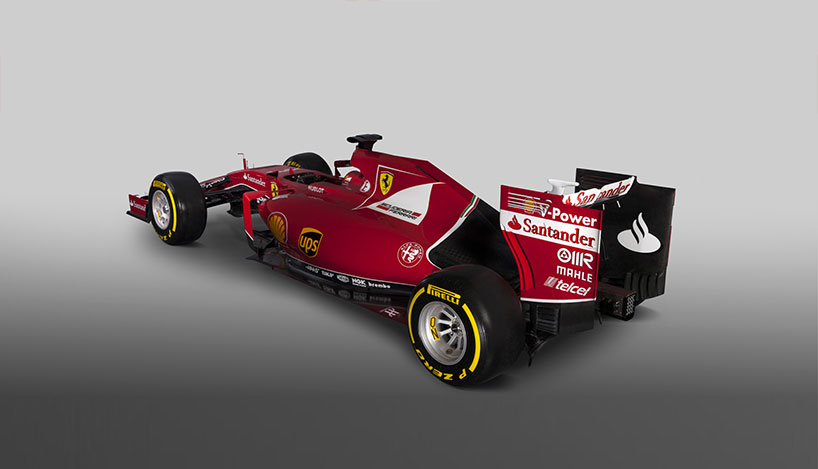 ‘and then plain simple horsepower. enormous amounts of work has gone into all aspects of our combustion efficiency to try to make sure that in this fuel limited formula where every team is only allowed to burn the same amount of fuel, that every single compression stroke, every single ignition stroke is extracting the maximum amount of horsepower and putting it on the road.’