designboom interviewed sebastian thrun, a research professor of computer science at stanford university, a google fellow, a member of the national academy of engineering and the german academy of sciences. thrun is best known for his research in robotics and machine learning, specifically his work with self-driving cars and project lead on google glass. to understand the secret behind his success, the german-born computer scientist spoke designboom on his philosophy of ‘what makes an innovator’.

designboom: how would you describe the process of innovating on an idea?

sebastian thrun: when I think of many of my projects, whether it be google’s driverless car or google’s project loon – a network of floating balloons in the stratosphere that provides internet connectivity – I see it as climbing a mountain that’s never been climbed before, and there’s a number of things that can go wrong. one thing is, you might not know which mountain to climb. I know it sounds funny, but this is the number one reason why projects fail: the disagreement of which mountain to climb. it’s extremely difficult to climb two mountains at the same time, and it’s extremely painful to descend from one mountain if you find that halfway, you’ve climbed the wrong one. 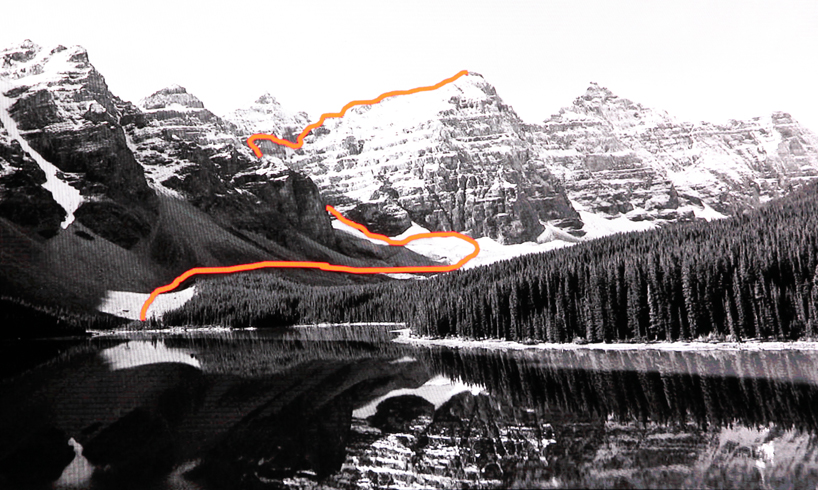 designboom: how do you plan innovation? is it possible to know what’s going to happen?

sebastian thrun: you have to keep going. you have to trust that you are going to make it to the top, even if nobody has ever gone there before. you have to find yourself along the way. you can’t pre-plan. however, if this mountain has been climbed before, then yes, you can make a plan. but if it’s the first time, you cannot.

designboom: what about collaborating with people and teams?

sebastian thrun: you just need great people. you need a strong leadership and a strong team. you need someone who can drive you in the right direction. you need people who believe, who can see the vision. you can get often deterred from people who say ‘you can’t climb this mountain’. you have to keep going, because only if you keep going, do you make it to the top, even with teams, in a treacherous and and vigorous working environment. 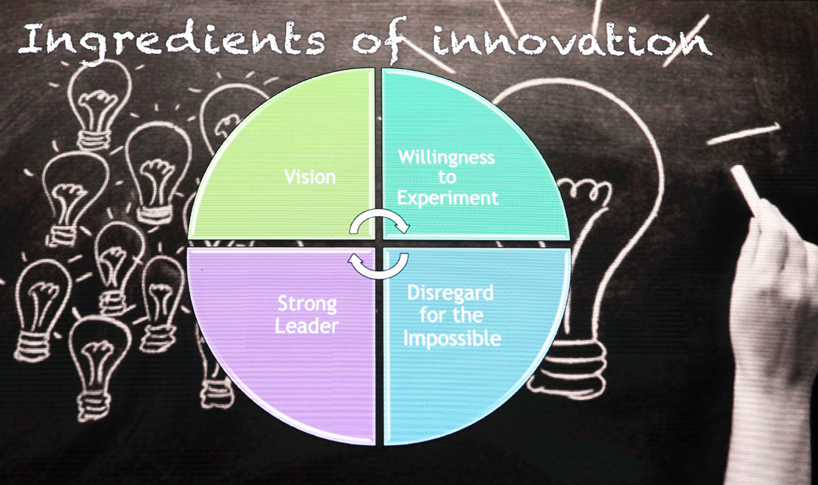 designboom: how can you assure yourself you are on the right track?

sebastian thrun: you have to embrace failure in your experimentation. as larry page often says, ‘a healthy disregard for the impossible’. anything is possible, it’s actually quite amazing. just think of yourself 300 years in the past, asking the question in a room like this, with a cellphone in your pocket, as you are about to fly home on a plane, ‘how is this even possible?’ we are just at the beginning.

designboom: how would you define innovation?

sebastian thrun: innovation by itself is an experimentation and learning process. if you are able to draw the whole half of the top of the mountain, and only half works, you are not an innovator, you’re not doing anything new. you have to embrace the future with uncertainty. failure is your friend, because you are forced to learn something new, and it strengthens you in the ability to make good decisions the first time around. it’s the only way forward. when you fail, it forces you to do something no one else has done before. 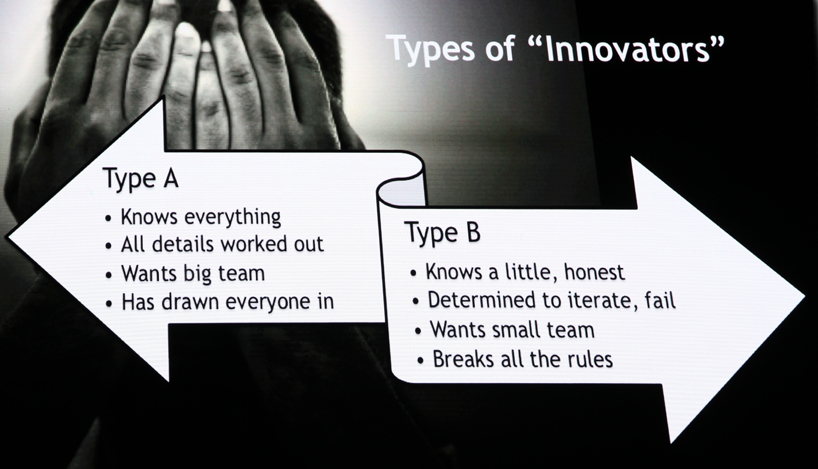 designboom: how would you describe an innovator?

sebastian thrun: there are two types of people: type A and type B. type A is much more frequent. type A is the expert, the one who knows everything. they come to you with a plan with all the ideas and details worked out. they want to make sure that everybody participates in a consensus of what they are doing – these are the people I run away from as fast as I can. type B however, you rarely see often. they have a vision, but are honest about the predicament and usually admit they have no clue how they will reach their end goal. this person has the strongest vision, and knows they will fail, but doesn’t mind failure.

designboom: can you give us an example from your past experiences with google?

sebastian thrun: google’s driverless car for instance. it was built by a team of 12 engineers – most importantly – a team that wasn’t afraid to break all the rules. the more people you have on a team that compromises on a situation, you’ll have a hard time breaking any rules. you almost need people who have a hard time getting along with each other in real life, because they are so stubbornly focused on what they want to achieve, that they’re willing to upset people in the process.