announced at the 2015 geneva motor show, the second generation of the high performance sports car, the AUDI ‘R8’, features a 10 cylinder, 5.2 FSI engine that is available in two versions. the top model outputs 610 hp, accelerates to 62.1 mph in 3.2 seconds, and to a maximum speed of 205.1 mph. in comparison, the alternative motor boasts 540 hp, reaches 62.1mph in 3.5 seconds, and to a top velocity of 200.7 mph. both variants include a newly developed quattro drive system and seven speed S tronic transmission, ensuring that an exciting driving experience is delivered. 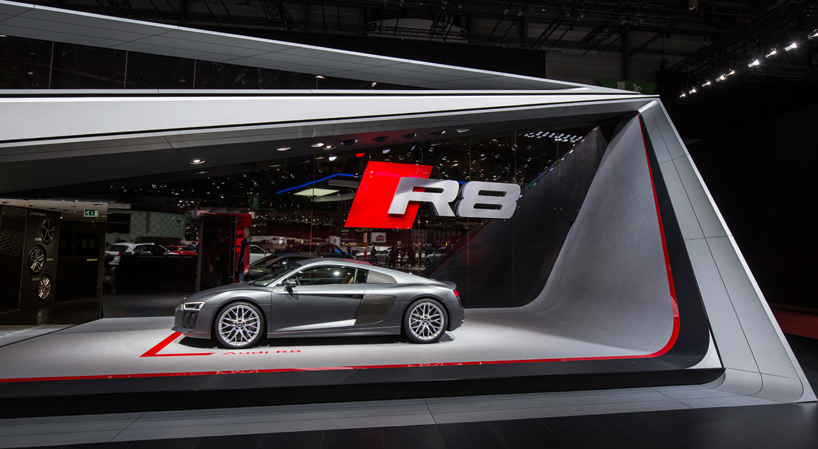 ‘motorsport is in AUDI’s genes, it has always been a permanent feature of our brand’s character,’ says prof. dr. ulrich hackenberg, board member for technical development at AUDI. ‘with the new AUDI R8, our engineers are bringing accumulated racing expertise from the race track onto the road. no other model of ours evokes more dynamic emotion. the new R8 V10 plus is therefore the most powerful and fastest series-production AUDI of all time.’ 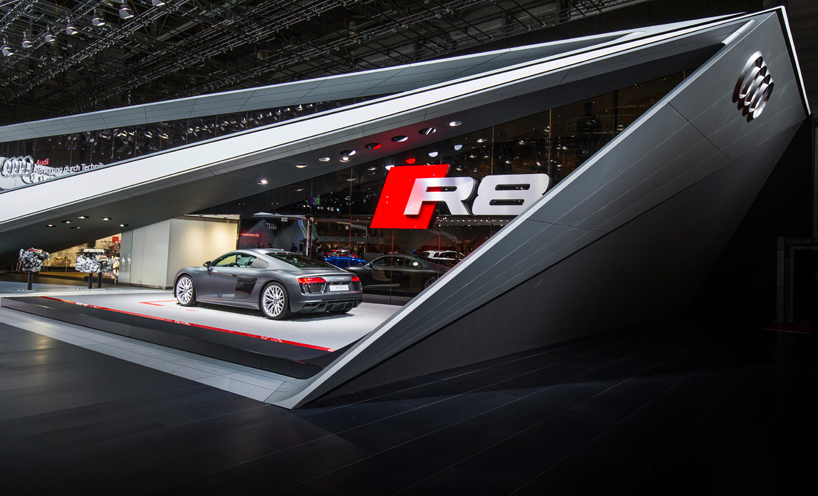 its lightweight construction, named AUDI space frame, is made of a combination of aluminum and carbon fiber reinforced plastics, weighing 50kg less than its predecessor. its structure and use of materials not only provides a low load which is only 1,454kg, but also ensures an optimum axle load distribution, rigidity and crash behavior. 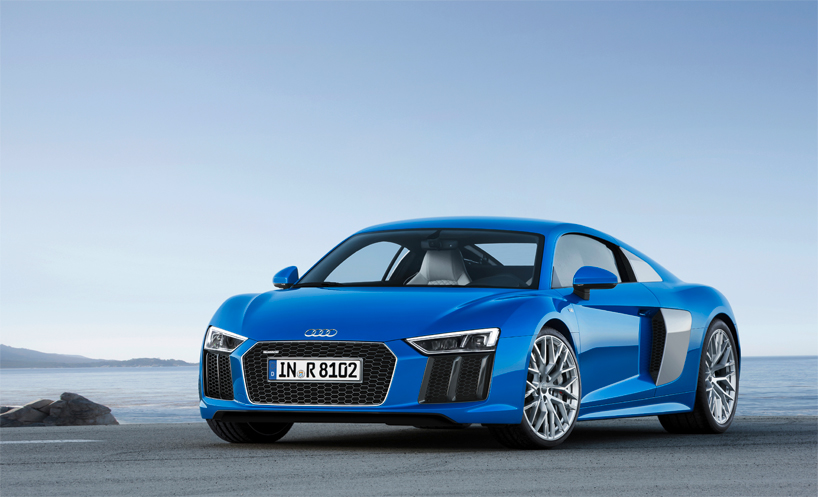 the sporty, second generation ‘R8’ is more striking than before, featuring a honeycomb designed, singleframe radiator grille that gives it a wide and flat appearance. further down the side, the structure of the air inlets emphasize the width of the car and gives it an even more powerful form. building upon this, the standard front LED headlights and rear dynamic turn signals, explored and tested further by designboom, not only provides enhanced safety, but also a distinguishable look. 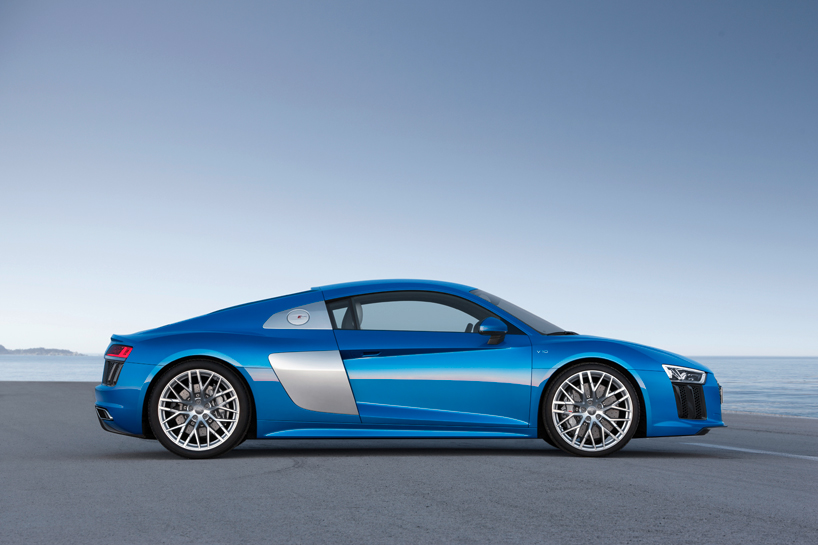 side view of the sportscar 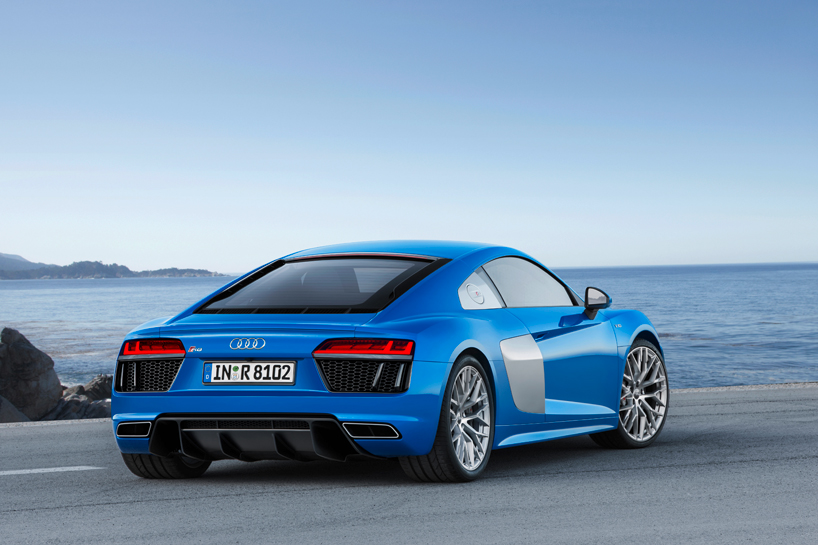 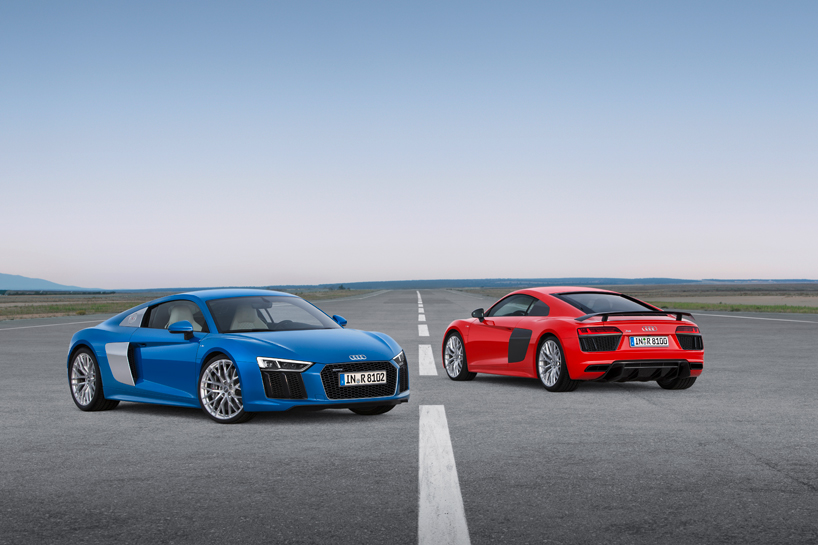 the two versions of the second generation R8 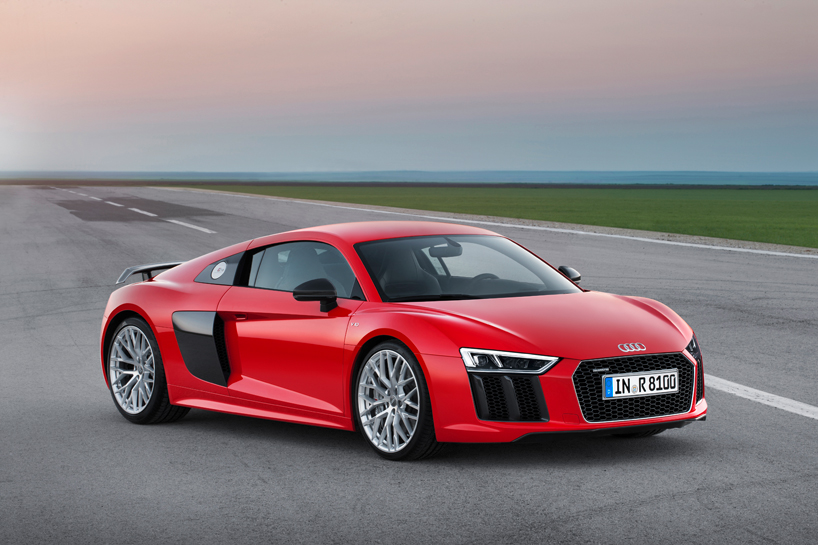 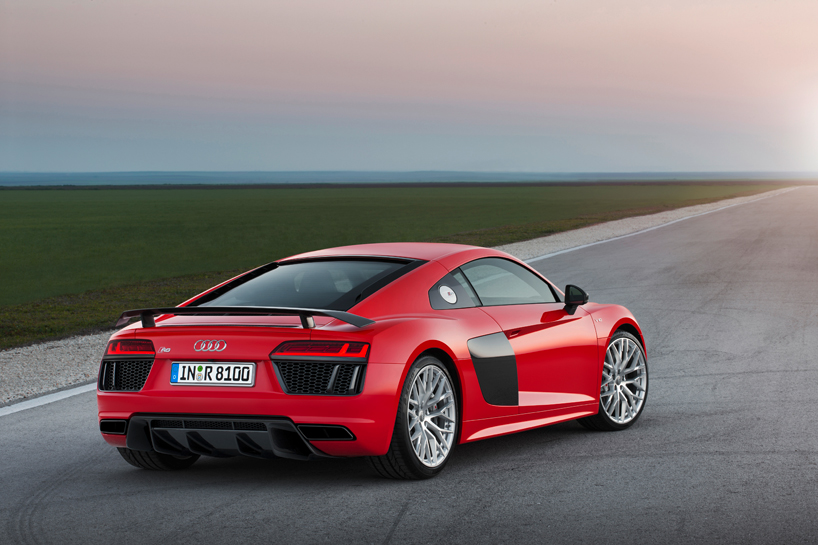 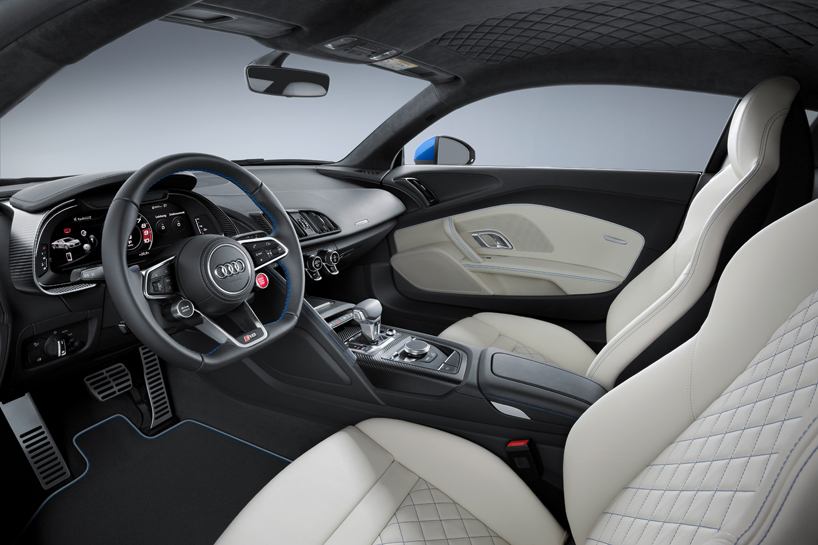 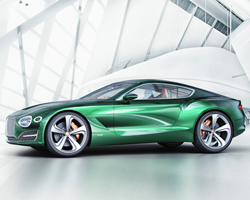 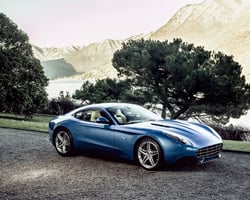 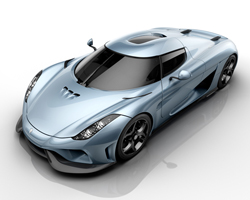 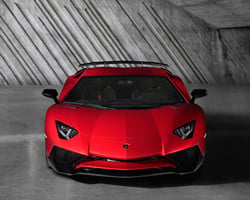 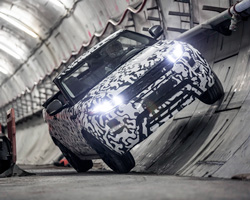