dubbed as the world’s first self-inflating electric powered paddleboard, the ‘sipaboard‘ has a jet propulsion engine that doubles as the pump. this compressor transforms the folded device to a rock-solid form in five to six minutes – much better than the 10 to 15 minutes taken up by the an average one. named ‘sipadrive’ the motor is hidden within a plastic housing, meaning that when off, drag is eliminated and objects will not get caught in the propeller. as well, it is emission-free and barely audible so is suitable for peacefully and quiet use on protected waters. with five settings, it powers the water craft to 3.5 knots for an hour, or at a speed of 2 knots for two to three hours. by connecting to the user’s smartphone, the accompanying app enables route tracking and sends an alarm when the engine reaches 50% battery. packaged with a charger, remote control, carry bag and safety leash, the stand up paddleboard is currently seeking funding via its kickstarter campaign. 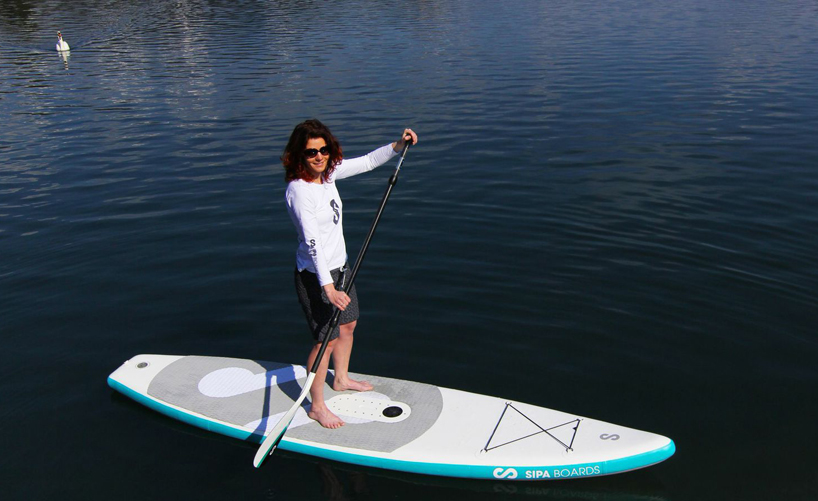 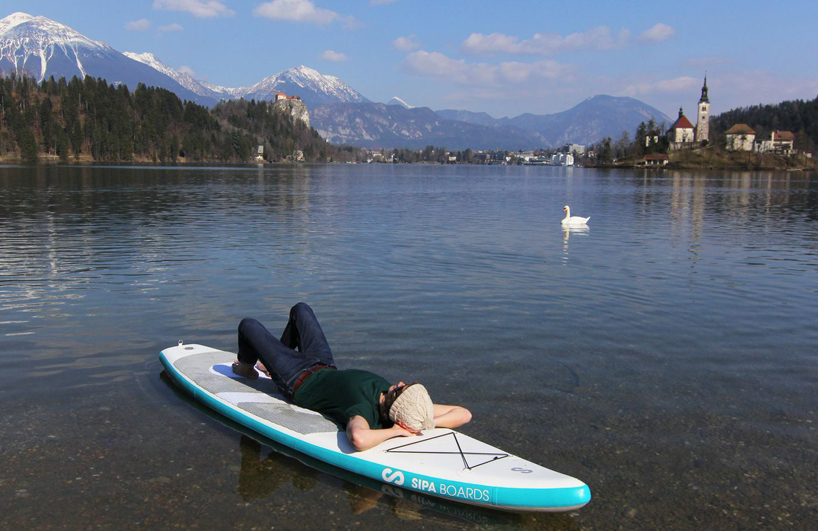 the device is suitable for use on protected waters 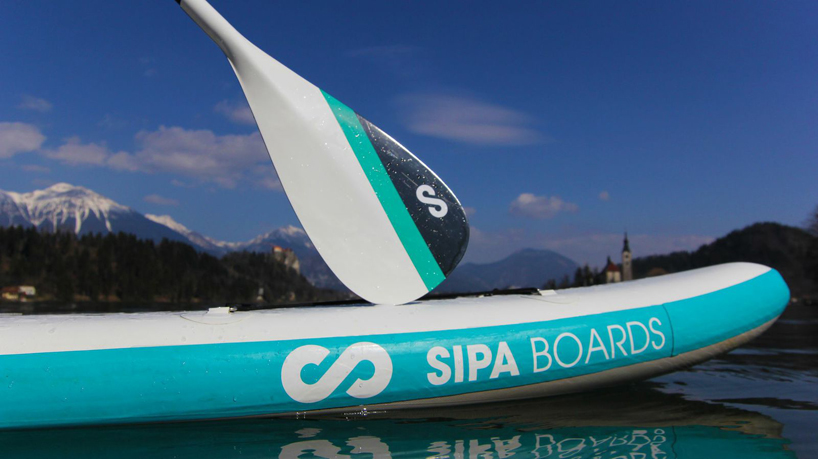 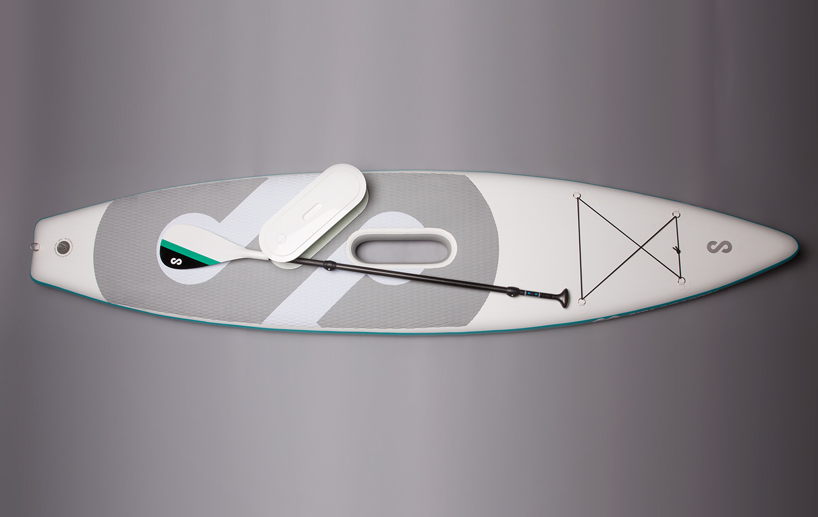 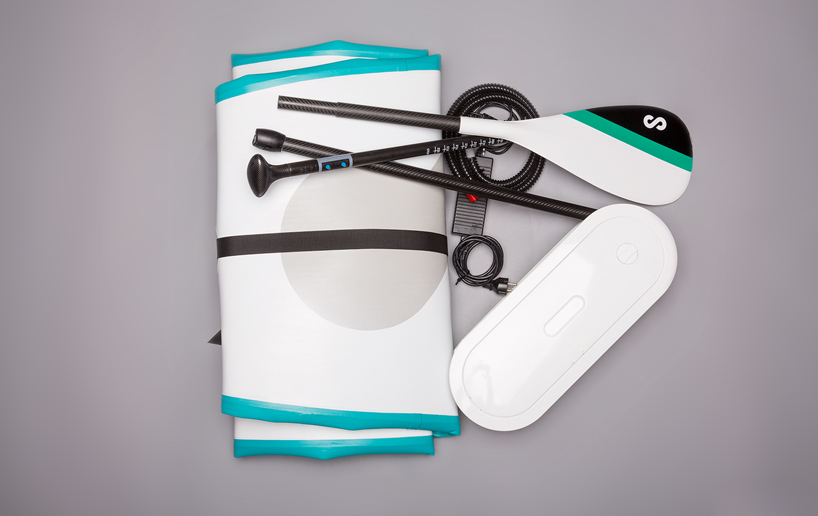 the folded water craft and the accompanying equipment