pierre calleja has developed a CO2-absorbing, self-powered lamp for use as street lighting, currently in prototype testing in france (above image is a concept composite)

french biochemist pierre calleja has developed a lamp for use as street lighting as well as in indoor spaces that is powered without electricity, absorbing carbon dioxide as it functions. beta testing of a prototype streetlight is currently in progress in a parking lot in bordeaux, france.

the lamps are composed of a tube containing microalgae, as well as a battery during the day, the batteries are charged via photosynthesis of the algae, using both solar power and CO2 (both of which are usable by the plantlife). this means that the lamps represent a viable electricity-free lighting solution even for locations where there is no or little natural light, such as underground parking garages. at night, the stored power is used for lighting.

calleja notes that about 25% of CO2 present in the air is thought to be generated from car exhaust, so using the devices as roadside lighting helps solve two social problems at once, each unit absorbing an estimated ton of emissions per year. in fact microalgae is more efficient than trees, to the extent that each lamp absorbs a reported 150 to 200 times from CO2 than a tree. 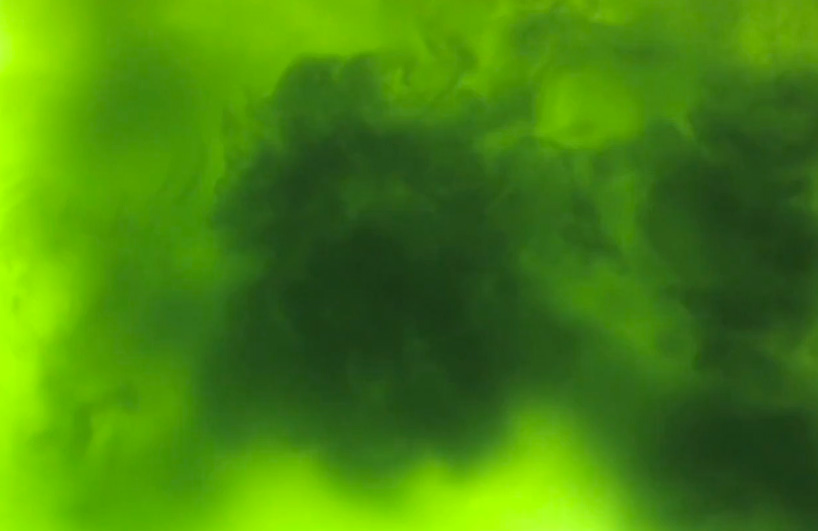 the microalgae in the tube 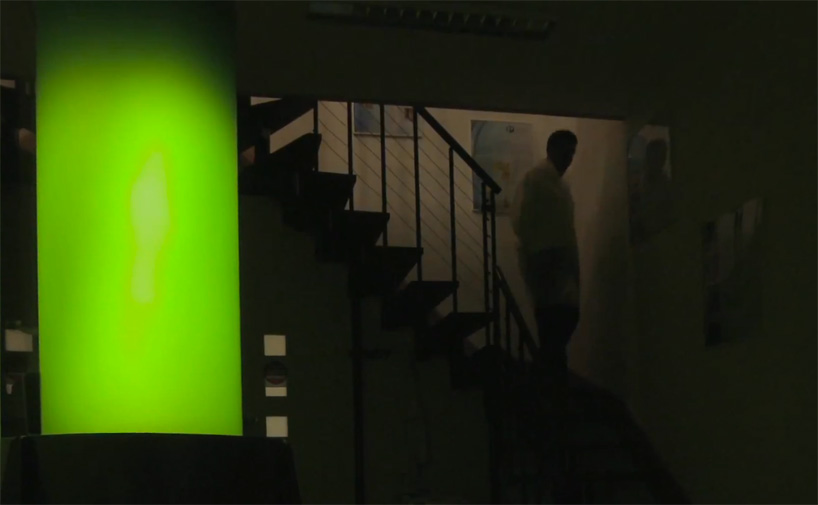 scaled properly, the lamp can be used in indoor spaces as well as roadside 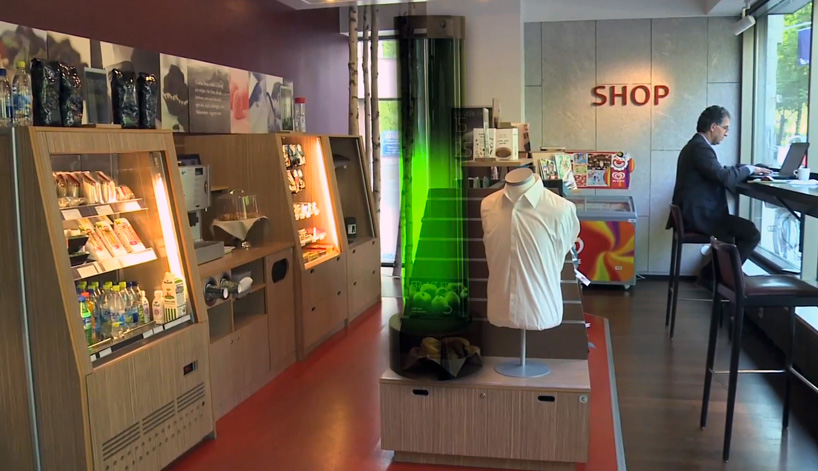 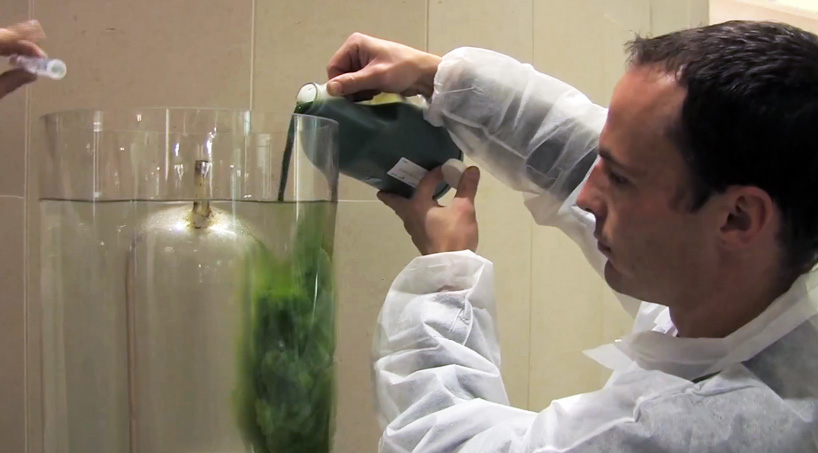