sharp recently revealed its two new e readers both named galapagos in the 5.5 inch mobile and 10.8 inch home models. the two new devices both feature colour lcd displays in 1024 x 600 and 1366 x 800 resolutions respectively. both are touch sensitive, while the mobile version also has a trackball navigation. both also have wifi capabilities for downloading content stored on a central server. users can buy content and download it to their device from the cloud based storage system. when the new devices are released in japan this december sharp will have 30,000 newspaper, magazine and book titles available with scheduled delivery from the cloud to the device. 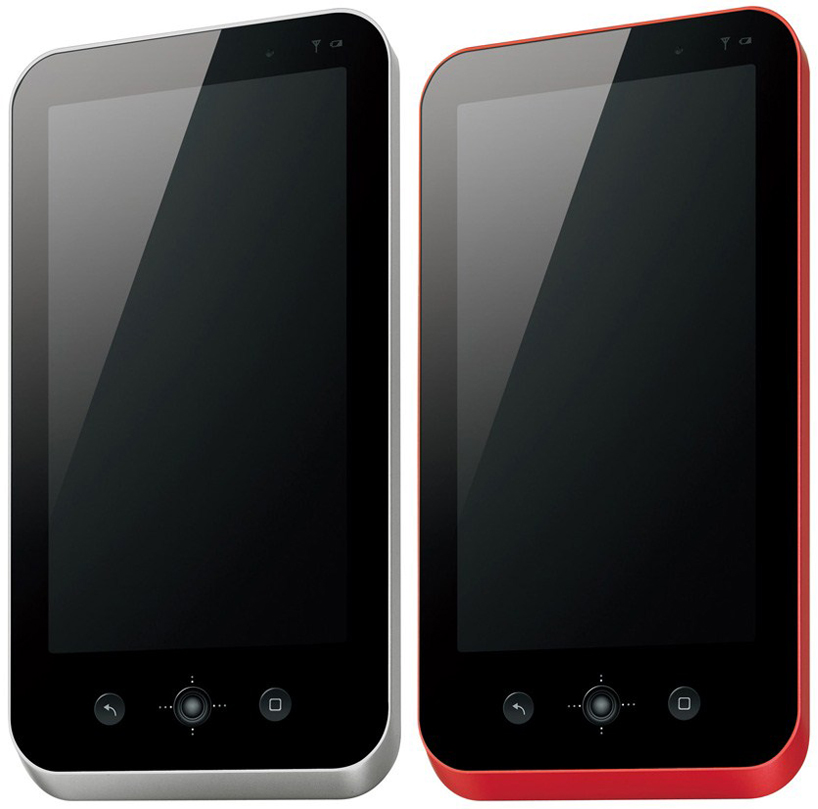 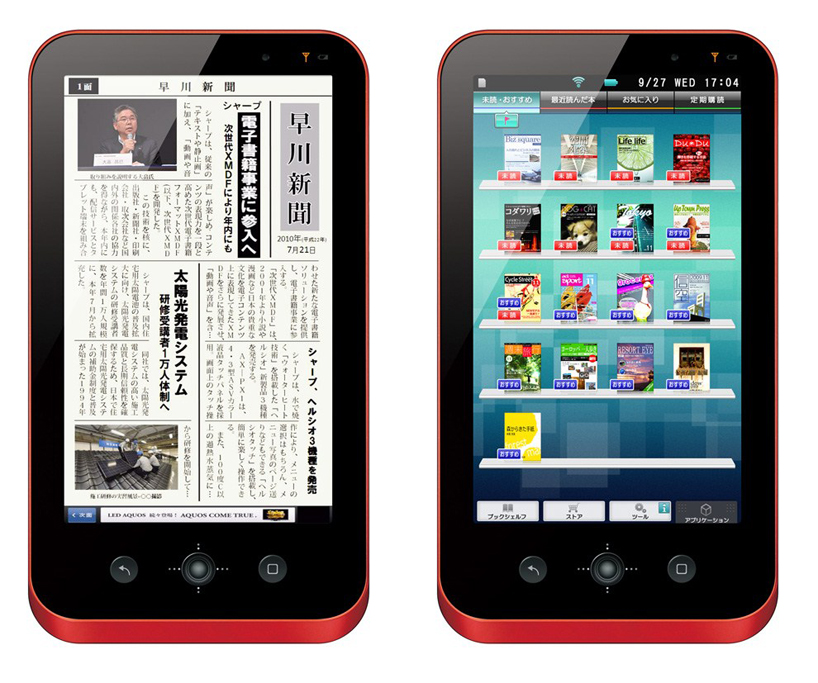 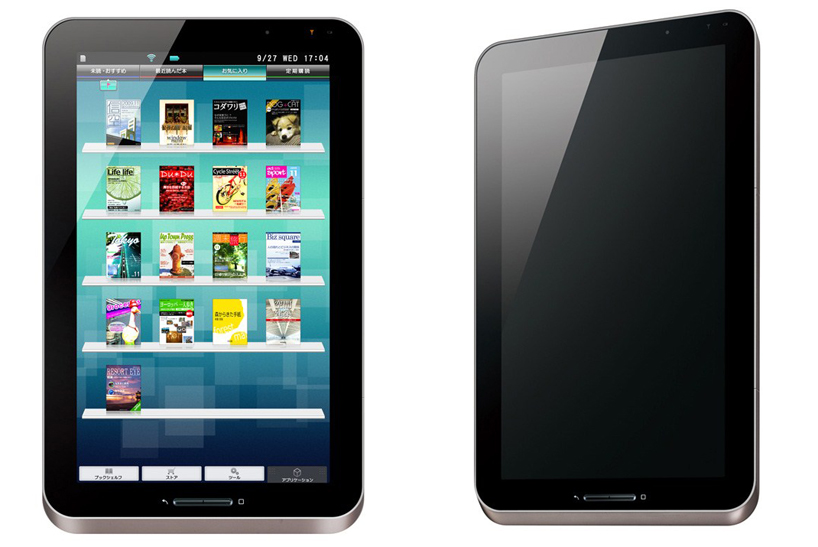 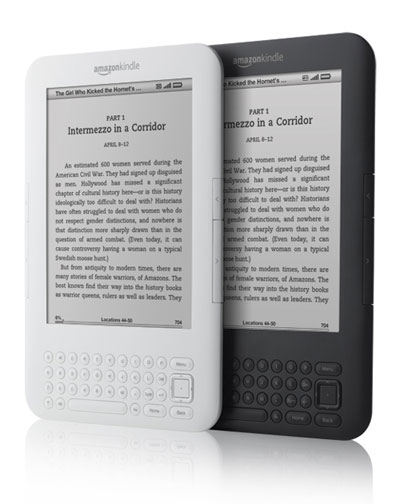