features of the lamps are its structure. composed of convex lenses stacked on concave lenses, the lens unit mounted on the led chip of the new lamps serves to illuminate a wider area of a street. the concave lens has a function to horizontally widen the light (in the direction parallel to the street) while the convex lens focuses the light so that it intensively illuminates a certain area. 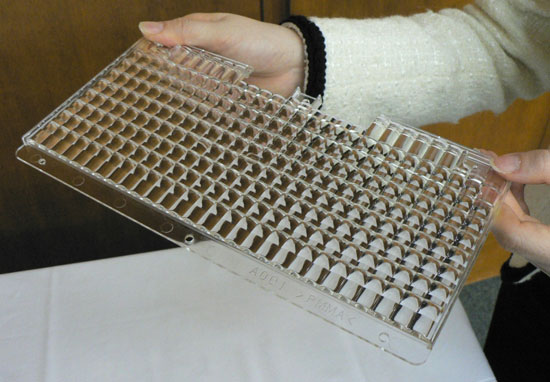 since october 2005, sharp has been working to reduce the negative environmental impact of outdoor lighting by deploying these lights around schools, public parks, and commercial establishments. the four solar-powered LED lights feature newly developed leds with 30% higher luminous efficiency and a newly developed led lens designed to spread this light over a broad area. as a result, they achieve brightness at one of the industry’s highest levels and can flood a wide space with light. this level of brightness also significantly lengthens the installation interval to 32 m and reduces the number of units that must be installed to meet class b recommended standards for crime deterrence lighting.