atlanta-based personal startup tovbot, have developed ‘shimi’, a robotic musical companion. developed by a team of roboticists from georgia tech, IDC herzliya and the MIT media lab, the intelligent device serves as both a high-quality speaker system and dance partner. capable of playing and listen to melodies from a docked iPhone or iPod, ‘shimi’ then dances along with the beat and can even create new, unique musical compositions.

with the ability to react to humans, using advanced facial and speech recognition algorithms, five strategically placed motors allow the gadget to move to the beat of any song, with a variety of dance moves that fit the specific song and genre. the robotic companion knows where a person is within the room, directing and pointing the speakers toward the user for optimum sound clarity. responding to one’s voice, taps, or gestures, it learns musical preferences and even recommends new playlists. 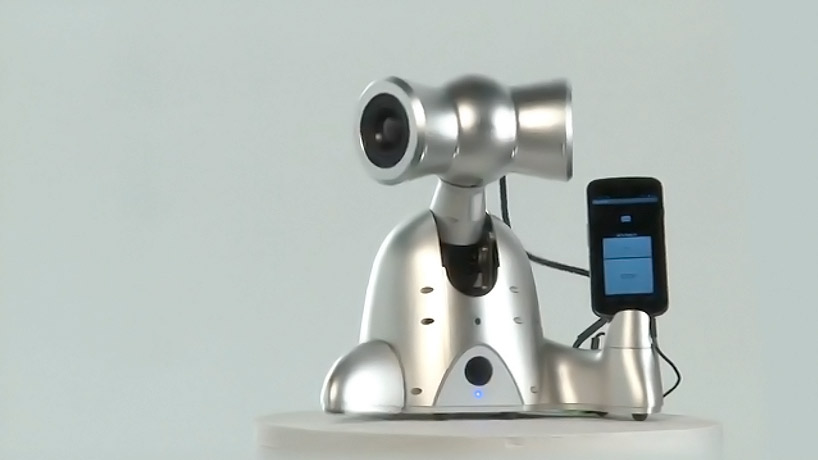 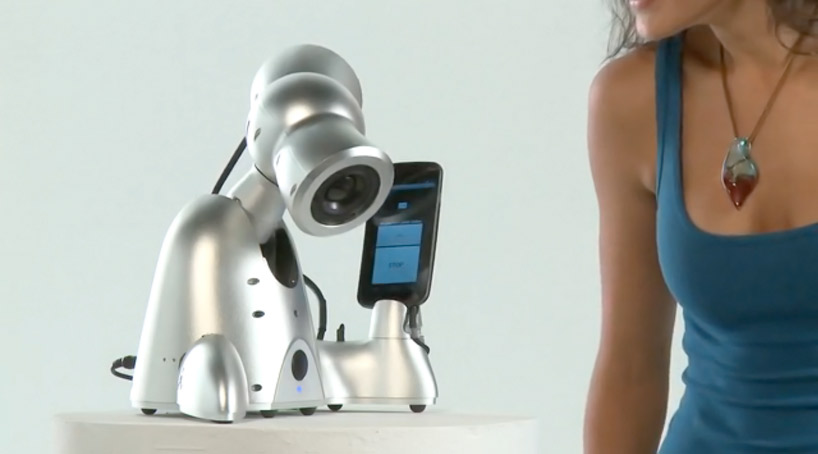 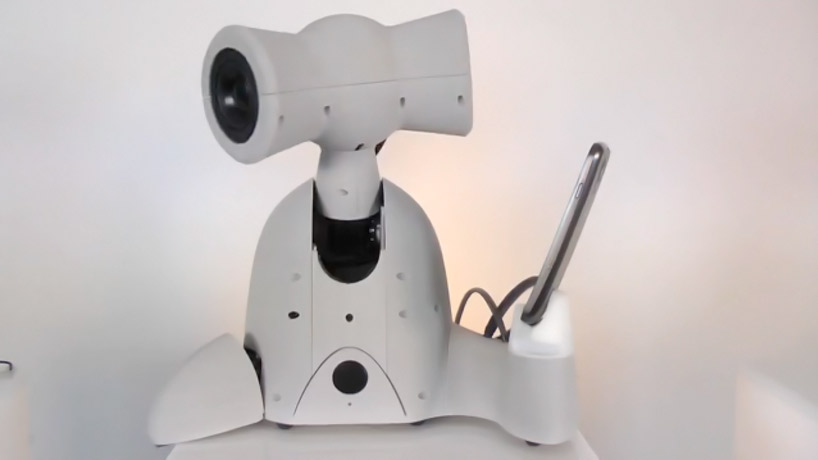 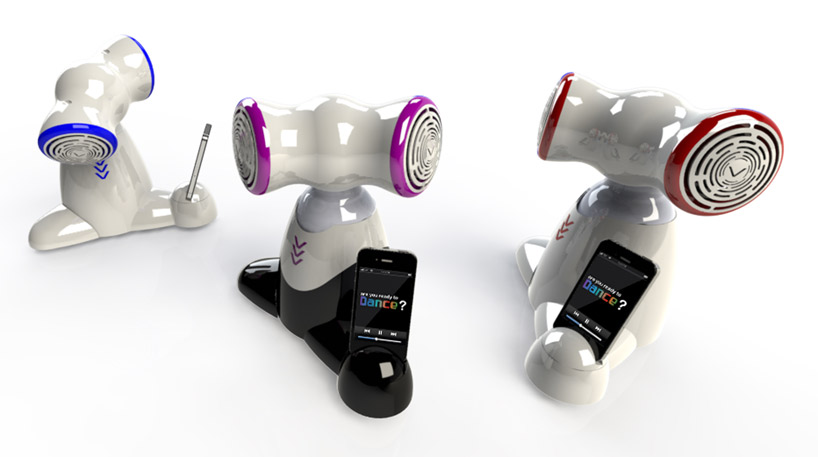 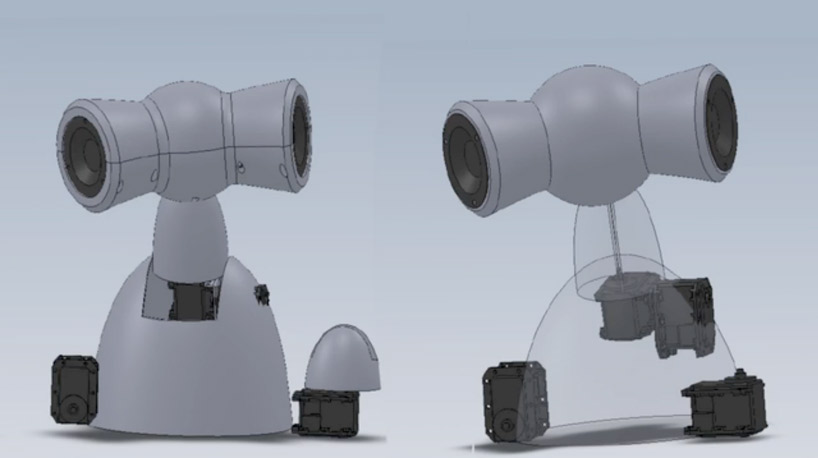 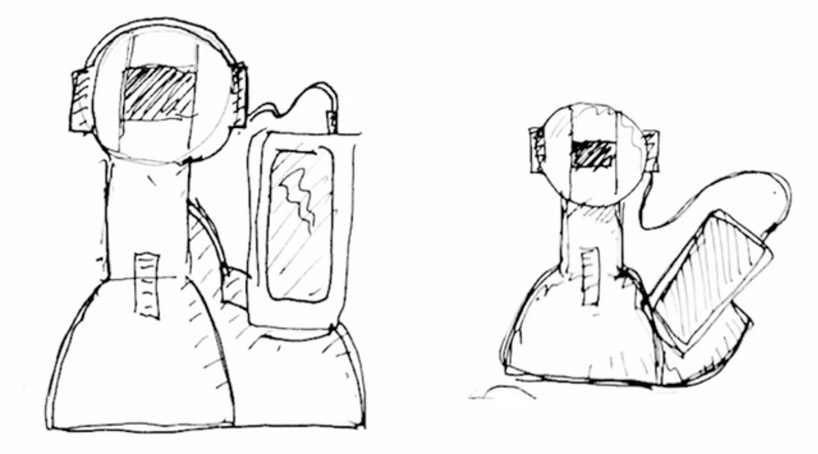