this is ‘shimon’, a four-armed robot marimba player built by the georgia institute of technology that listens to music, improvises, and can play alongside human musicians. this video was filmed at moogfest, a festival for music, art, and technology in north carolina by quartz. ‘shimon’ was created by gil weinberg and his team at georgia’s tech center for music technology years ago, and has diligently maintained its star power ever since. 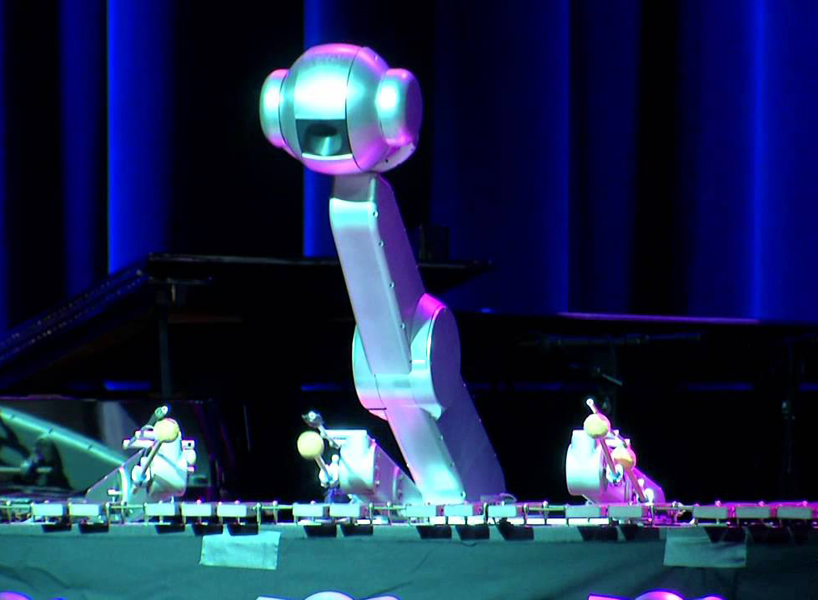 at a performance during last year’s moogfest, gil weinberg, the lead researcher at georgia tech’s center for music technology, gave a performance with the robot his lab has been working on for the past thirteen years. its robot ‘shimon’, which utilizes machine-learning-programs on music theory with a broad range of musical styles, from classical music to techno, adds an otherwise impossible element to musical performances, playing complex chord structures that human’s simply can’t recreate.

as reported by quartz the technology can also be used as robotic prosthetics for people–during the concert, weinberg introduced jason barnes, a drummer who lost the lower part of his right arm a few years ago. weinberg created a robot arm with two drumsticks that barnes could control with just his bicep muscles and drum at up to 20 beats per second. he could play the drums faster and with greater accuracy than perhaps any other drummer on earth as illustrated in the video below, sorry ginger baker. 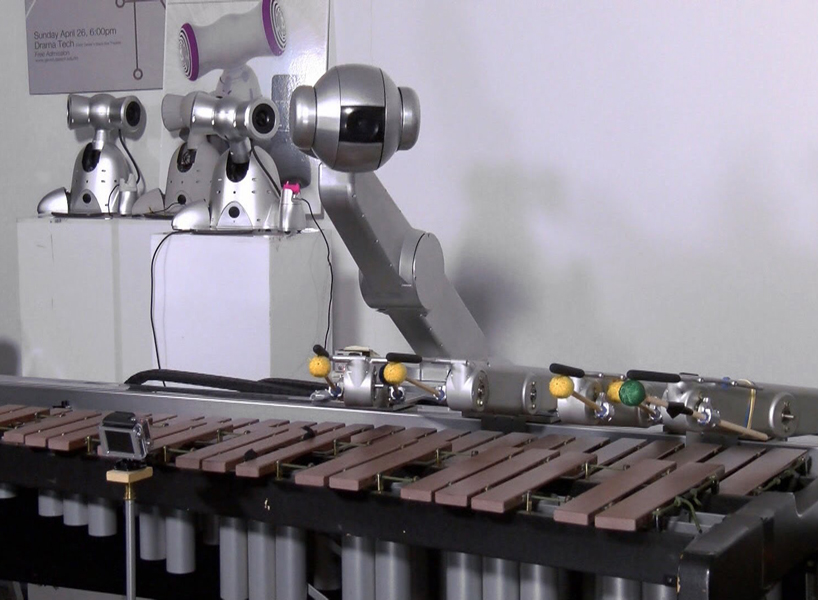