SHINE CAN CHARGE HANDHELD ELECTRONICS WHILE BEING OFF-GRID

Super portable, Shine collapses into about the size of a 1,000 ml water bottle and is capable of charging handheld electronics such as phones, tablets, lights, cameras, etc. 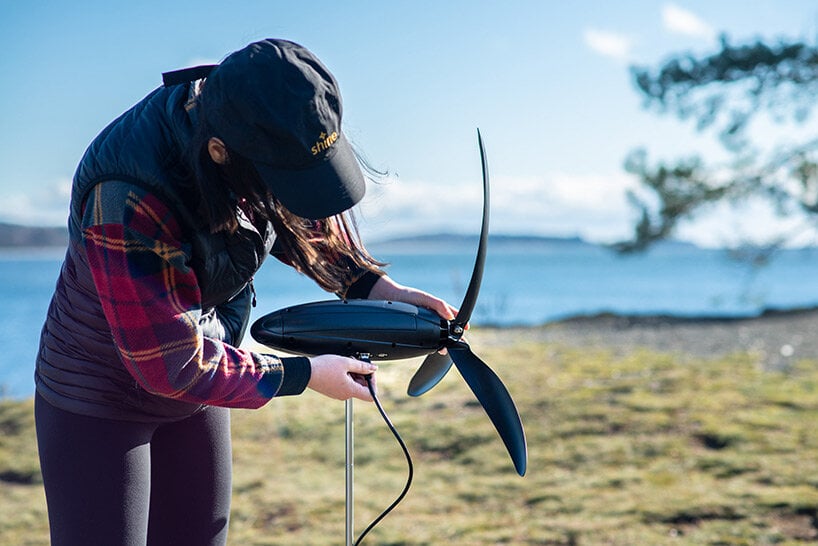 Created by a female-led team, Shine weighs around 3 pounds and features a 40-watt turbine that can either charge devices or store power in its 12,000 mAh internal lithium-ion battery for later use. It can also be pre-charged at home using a wall outlet.

‘We’re offering wind power that fits in your backpack,’ said Cat Adalay, CEO and Founder of Aurea Technologies. ‘Wind is the second-largest producer of clean energy in the world, yet most people don’t have direct access to it. As a team of outdoor enthusiasts with backgrounds in science and engineering, we set out to create a wind power product that gives users the freedom to produce their own clean energy day or night, rain, cloud, or shine.’ 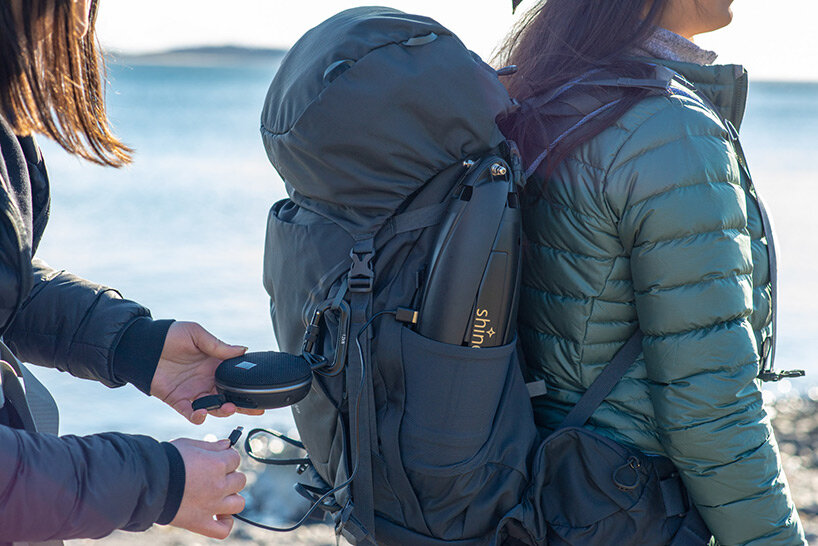 The Shine turbine has an overall battery capacity comparable to four full charges, making it the ideal tool to charge multiple devices at the same time. Its patent-pending high-efficiency blades and lightweight design allow it to produce an output of 13.3 watts per pound. This is a superior power-to-weight ratio compared to other handheld portable renewable products such as solar panels, thermoelectric stoves, and water turbines.

Extremely quiet while operating, Shine generates power in wind speeds from 8 to 28 mph and temperatures between 32 and 104 degrees F (0 to 40 C). Designed for ease of use, this wind charger is completely self-contained, with everything needed for quick setup stored inside its body including guy wires, mount, and pegs. 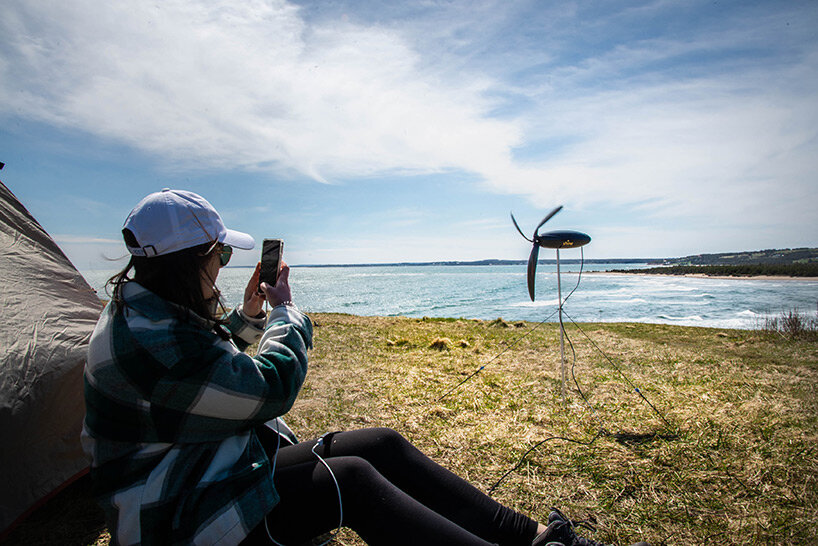 ‘To live sustainably, we need to rethink the ways in which we create and use energy,’ said Rachel Carr, Chief Marketing Officer of Aurea Technologies and co-creator of the Shine Turbine. ‘The simplicity of Shine’s design, two-minute setup, and ability to rapidly generate and store power, does just that. It’s a game-changer in allowing people to access wind energy while away from the electrical grid.’ 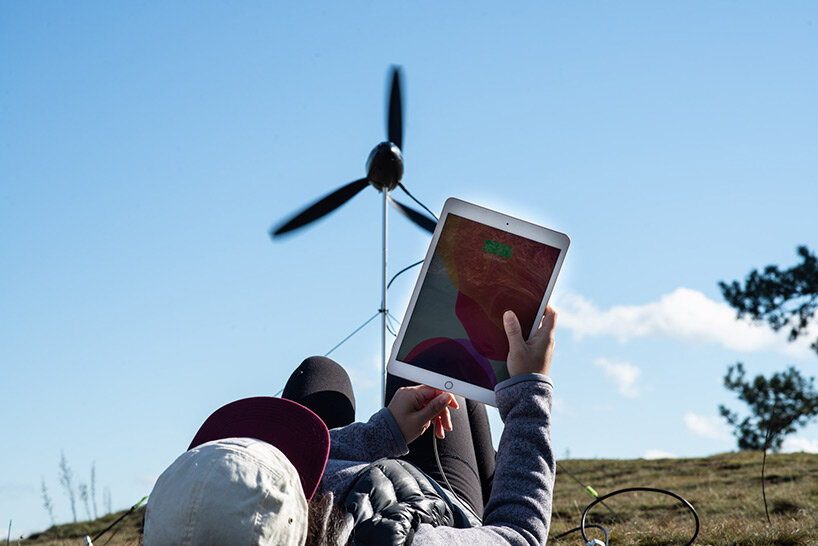 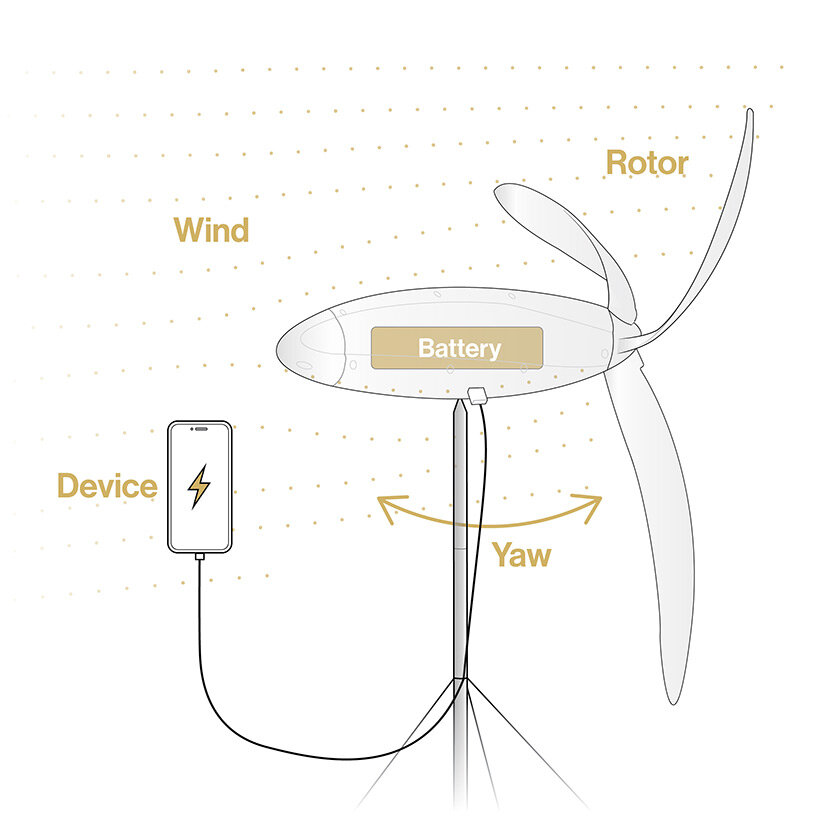 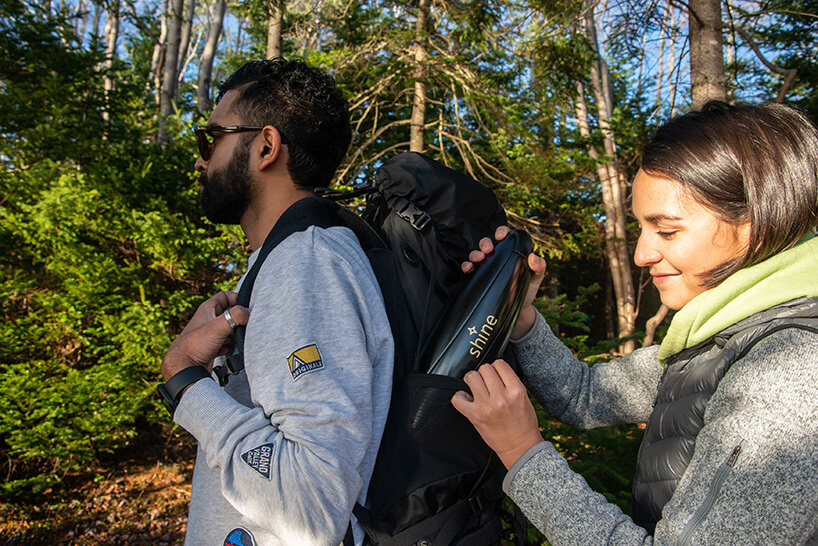 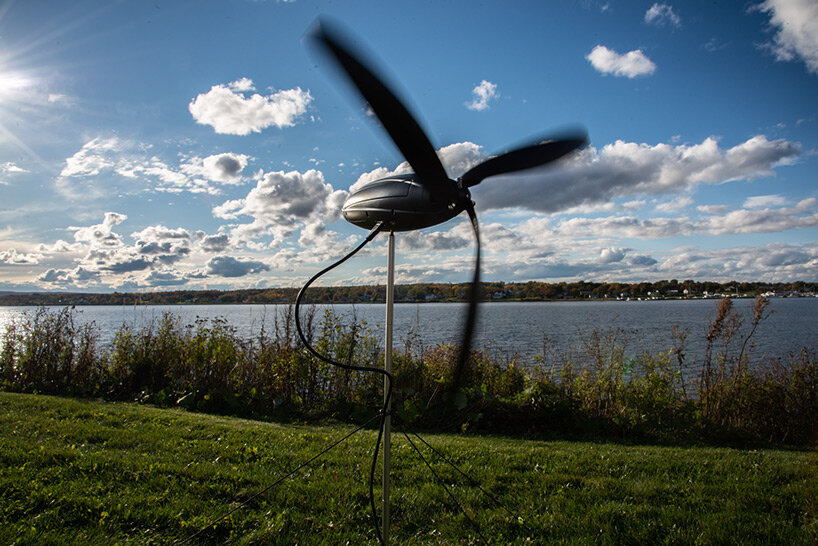