at over 100 feet in length, the ‘mayflower autonomous research ship’ or ‘MARS’ for short, will be a fully autonomous unmanned sail ship with solar technology enabling an unlimited range. the comprehensive design by shuttleworth, will carry a variety of drones through which it will conduct experiments during its voyage. following a year long testing phase at plymouth university and msubs, the planned atlantic ocean crossing in 2020 will mark the 400th anniversary of the original mayflower crossing from plymouth england, to the north america. 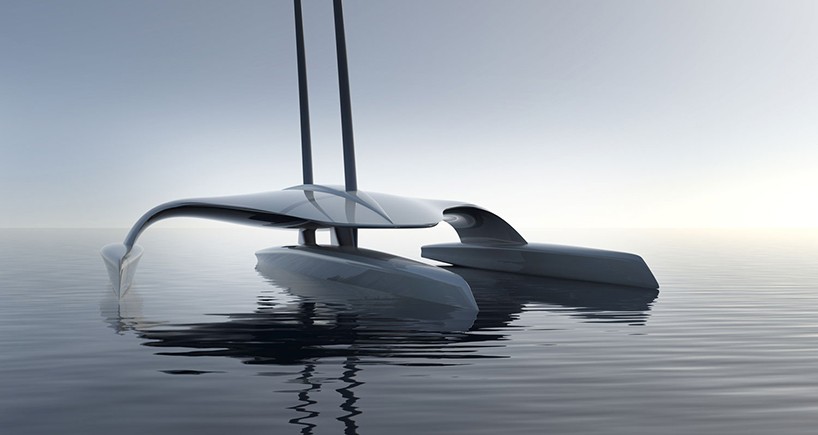 ‘our approach to developing the concept was to fully explore and take advantage of the opportunities that arise from not having to carry crew, and to create a vessel that is capable of using only renewable energy’, explains john and son, orion shuttleworth. ‘working within the limitations of renewable energy sources has given a clear direction to the developing form of the vessel. the solar cell area required for effective motoring is too large for efficient sailing and safety in large waves. to overcome this we are developing a folding wing system to increase the solar cell area by 40% in calm conditions.’ 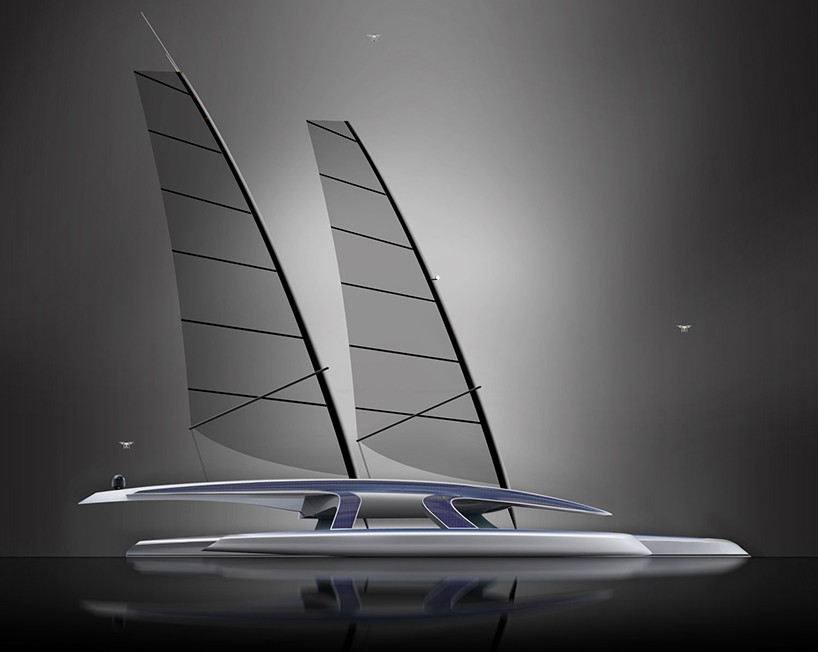 ‘a trimaran was chosen because it provides the most efficient hull form for low speed motoring. the hull configuration developed from a requirement to reduce windage, while keeping the solar array sufficiently high above the water to reduce wave impact. without the need for accommodation, the centre hull has been kept low to the water and the wings and deck are separated and raised above on struts. this also allows waves to break through the vessel and significantly reduces roll induced by wave impact. the outer hulls are designed to skim the water reducing resistance by 8%.’ 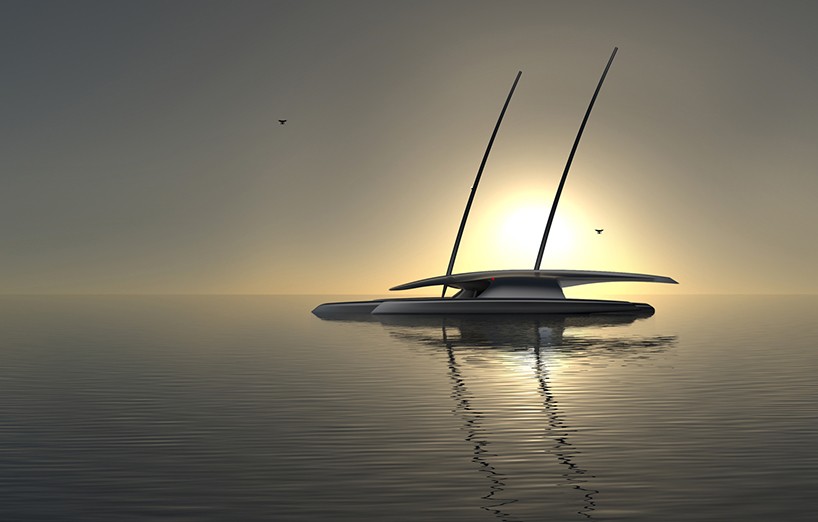 ‘the two masted soft sail rig, which will enable a top speed of around 20 knots, is designed to work with both or either sails hoisted, giving three sail combinations for varying wind speeds. each sail is simply controlled by a single sheet, and the sails can stow into the deck taking up minimal space. stowing the sails while motoring reduces windage and eliminates shadows cast over the solar cells on the deck, while allowing the masts to stay standing to carry navigation lights.’