testing on the the world’s largest wind turbine rotor by siemens has begun all images © siemens AG, munich/berlin

back in august, designboom reported on the production of the world’s longest wind turbine blade (see our coverage here) by siemens. each B75 rotor blade measures 75 meters in length, offering a total diameter of 154 meters – including the hub – and is characterized by high stability and low weight, their special aerodynamic profiles delivering optimal performance at a wide range of wind speeds. what is unique about these 25 ton blades is that they are manufactured using a patented integralblade process, which allows them to be produced from a single cast without any additional adhesive joints. in addition, they feature quantum blade technology by siemens – introduced in 2011 – making them lighter than previous models while retaining superior strength.

assembled on the ground, each turbine consists of three of these blades which feature ‘flatback’ profiles minimizing root leakage and provide greater lift. a crane is used to lift each of the individual components to the top of the 116 meter high towers where the assembled rotors find are connected to the nacelle which is approximately 15 meters with a diameter of 6.5 meters. once in place, they are approximately 200 meters in height, and can accommodate wind speeds which should not exceed more than 6 meters per second.

each SWT-6.0-154 turbine has the capacity to generate 25 million kilowatt hours of clean electricity in offshore locations which is the equivalent of supplying up to 6,000 households. field testing has now begun on the first six-megawatt (MW) offshore wind turbine in østerild, denmark, a location which offers favorable conditions for initial testing. 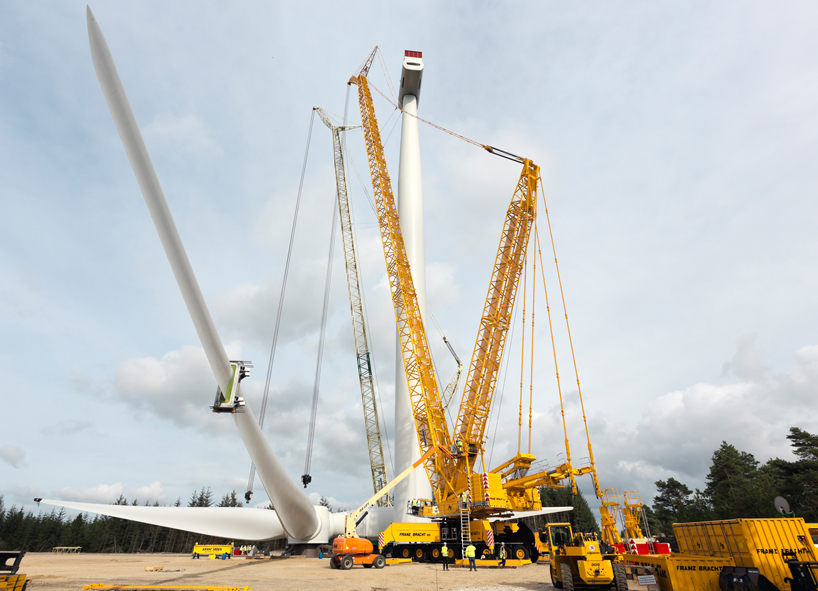 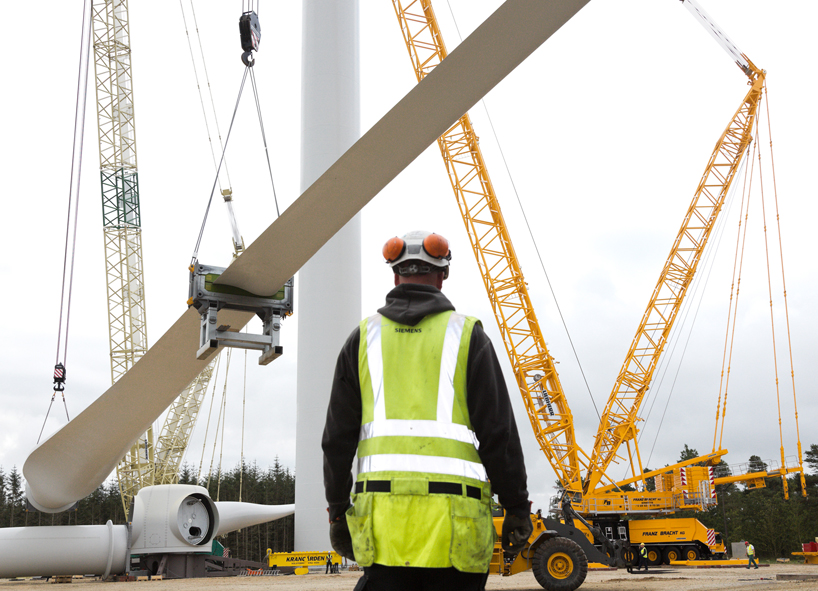 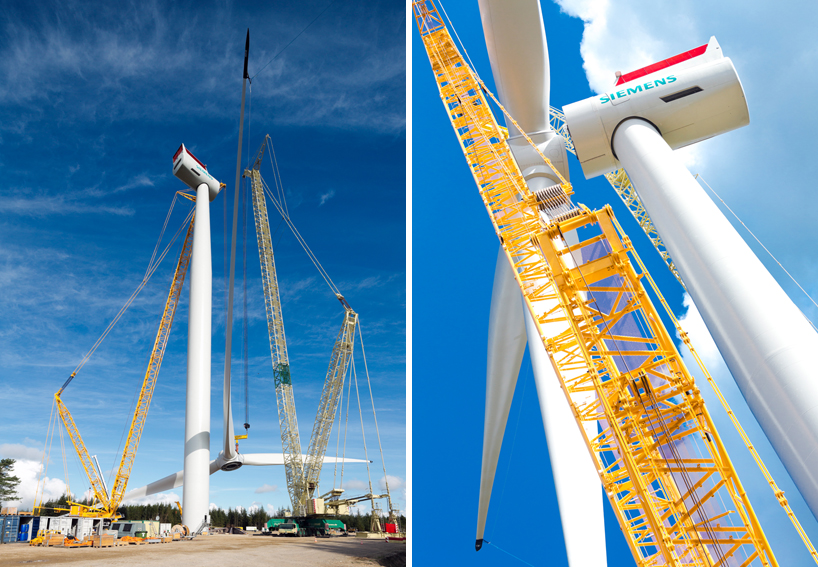 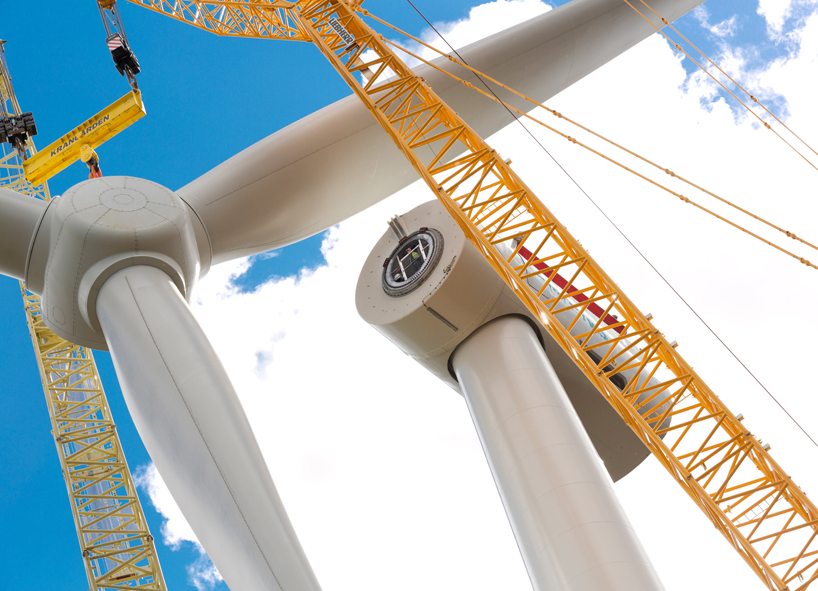 including the hub, the total diameter of the blade is 154 meters 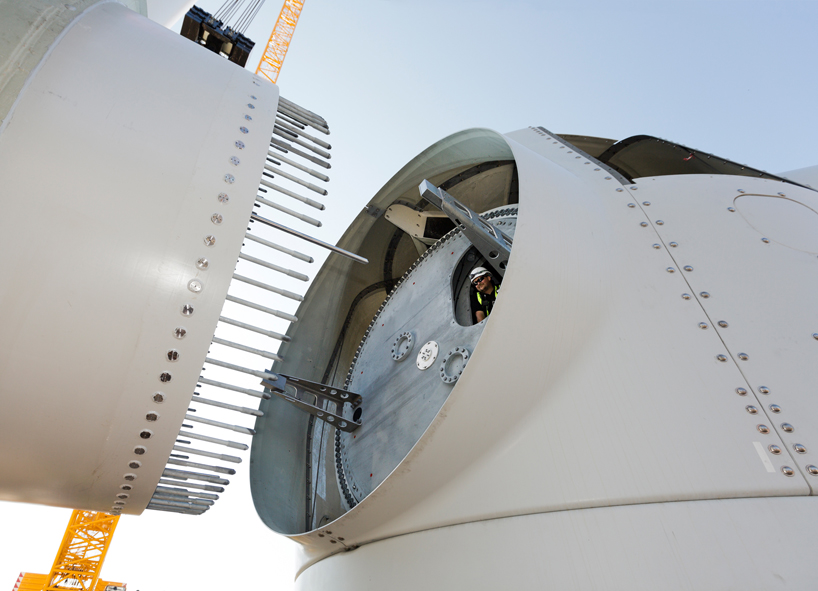 connecting the hub with the nacelle