dubbed the ‘sinister electric cafe racer’, this retro-futuristic motorcycle concept depicts what the future of electric motorcycles might hold. american designer, michael cohen, has created a number of product renderings in the past, however, this is the first time he turned his hands to a bike. based in oregon, michael has created no less than seven other captivating renderings, which all exhibit clear interpretations of how he envisions product design. 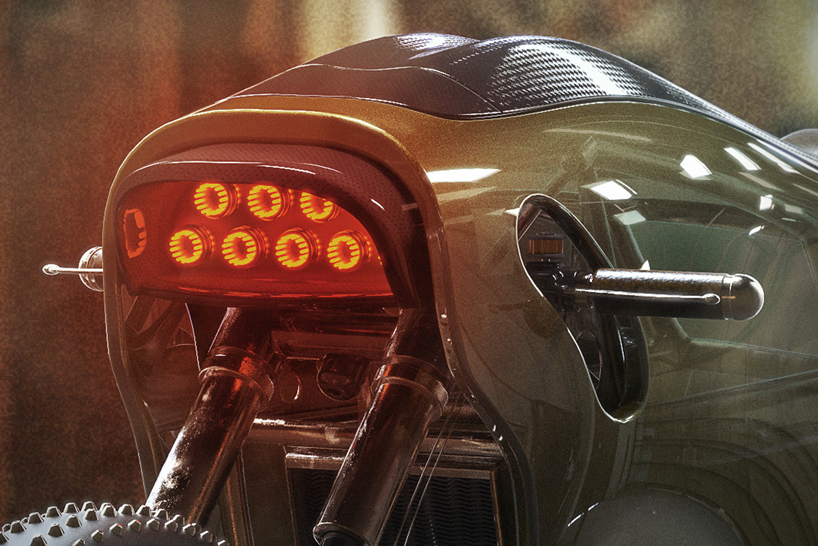 flaming headlamps are displaced from the rear

in addition to the name, the ‘sinister electric cafe racer’s’ form appears to be take on a menacing stance with displaced, flaming headlamps for ‘eyes’. riding on a pair of thick, studded tires it has a rugged look–ready for any terrain. surely, if this vehicle were to ever be produced, it would be something which a superhero would consider upgrading to, due to its radical design and probable performance capabilities. similarly to these fantastic defenders, this design exercise will almost certainly never make reality, and will remain only at a concept phase. still, michael’s renderings can serve to inspire manufacturers and designers to take greater risks: to design truly dramatic; and mesmerizing machines. 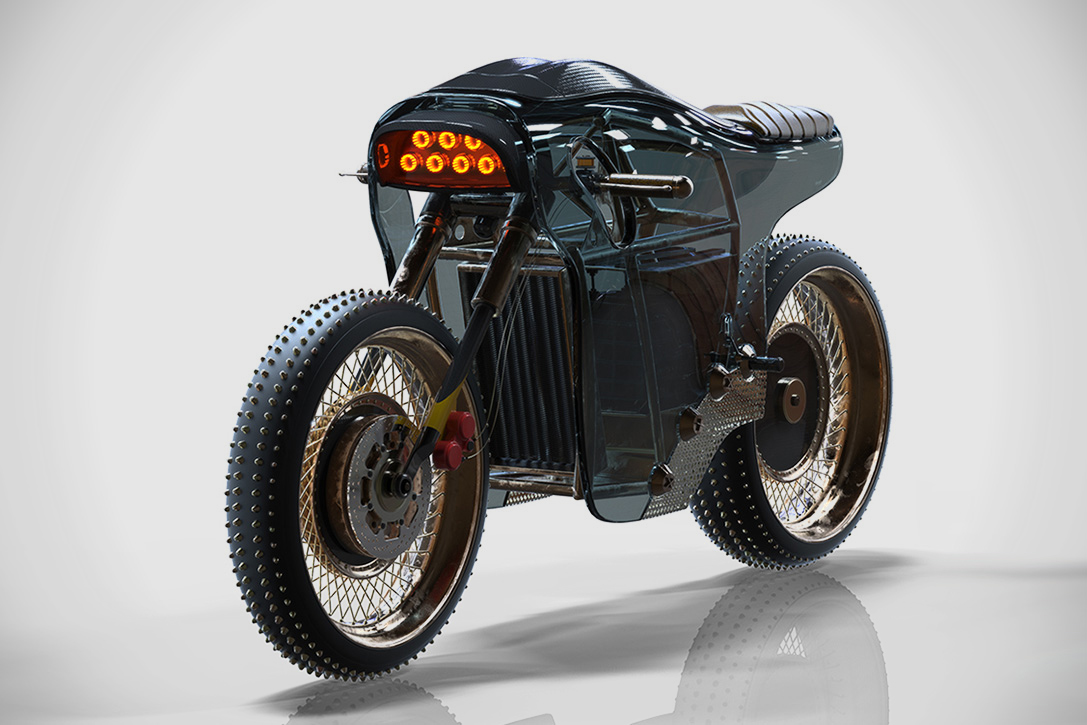 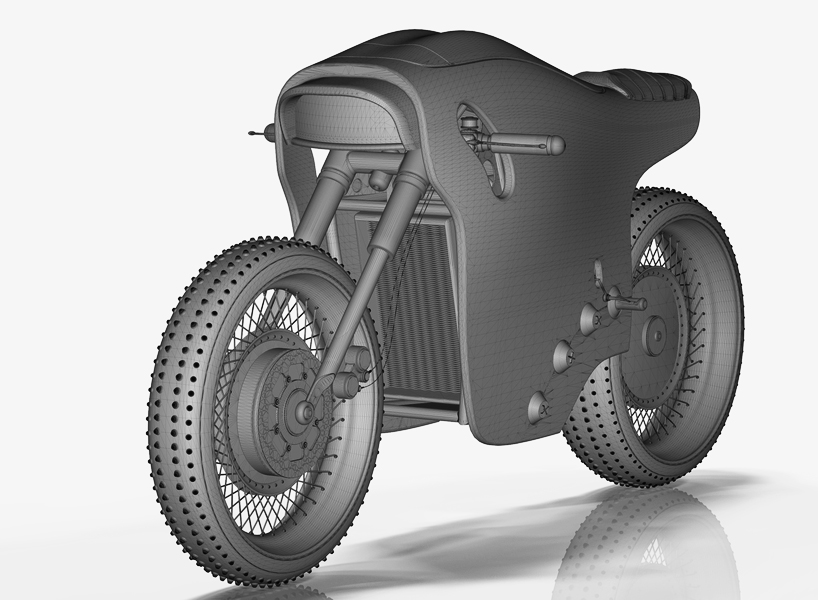