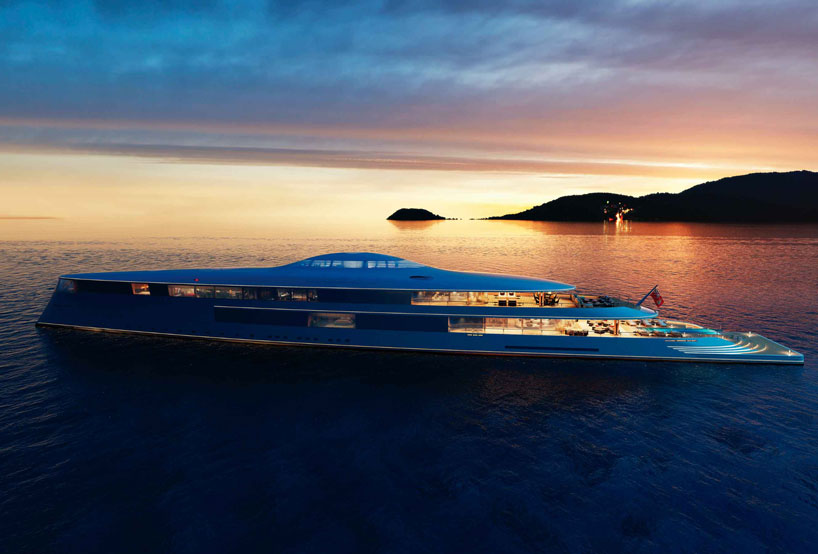 on february 10, 2020, the telegraph reported that gates bought the ‘aqua’, a hydrogen-powered superyacht with an estimated price tag of $644 million. however, the yacht’s maker sinot has since revealed that this is untrue.‘in recent days, various articles have appeared in international media, stating that sinot yacht architecture & design sold its concept ‘aqua’ (presented at the monaco yacht show 2019) to mr. bill gates. these articles are factually incorrect,’ a holding page on the sinot’s website reads.

aqua’s power is fueled by liquified hydrogen, stored at extremely low temperatures, in two 28-ton, vacuum-isolated tanks. a spiral staircase in the center of the boat leads to the bottom deck where these monoliths sit behind strengthened glass, designed to keep the liquid hydrogen stable at -253°C (-423.4°F). 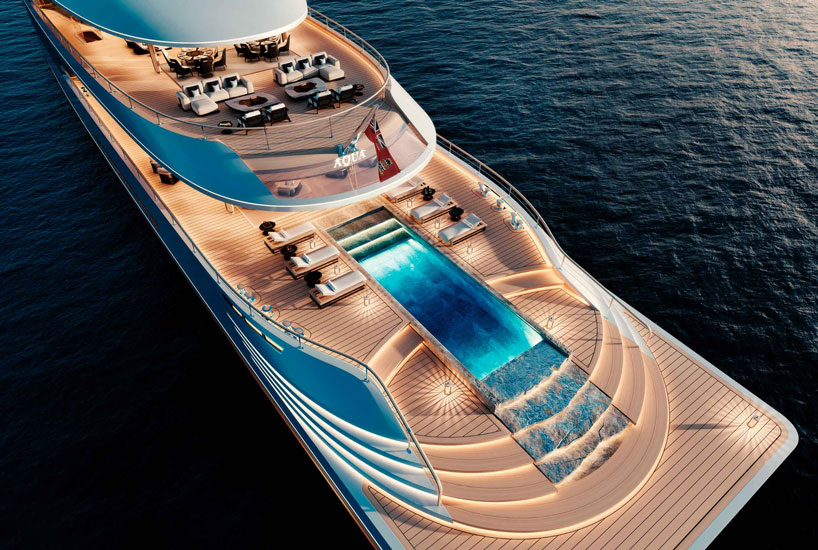 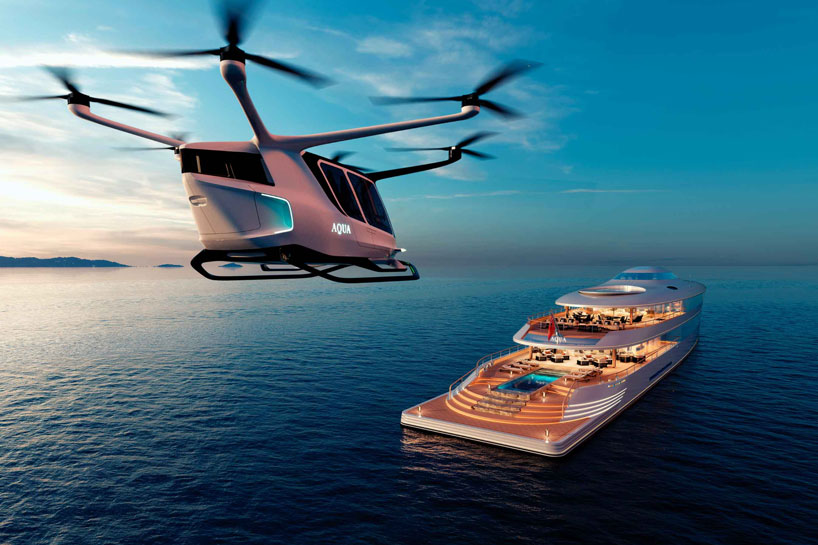 the liquified hydrogen is converted into electrical energy by proton exchange membrane (PEM) fuel cells, with water being the only by-product. these tanks can split off power at up to 4 MW, powering two 1-MW electric propulsion motors and two 300-kW bow thrusters for tighter maneuvering. a 1.5-MWh battery pack acts as a buffer, providing instant access to power and running the ship’s electrics, and is charged as necessary by the fuel cell. 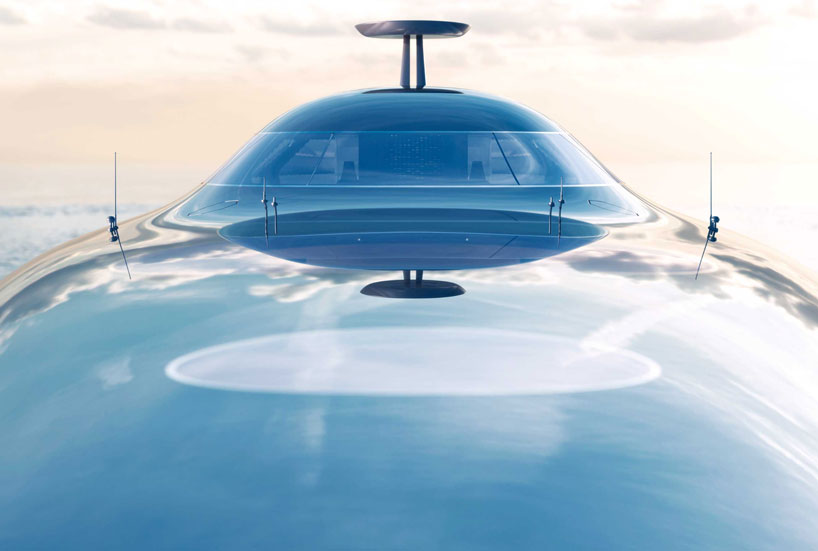 the superyacht would also have an expansive indoor health and wellness center featuring a gym, a hydro-massage room, and a yoga studio. there are also indoor-outdoor entertaining spaces with a formal dining area that seats 14. 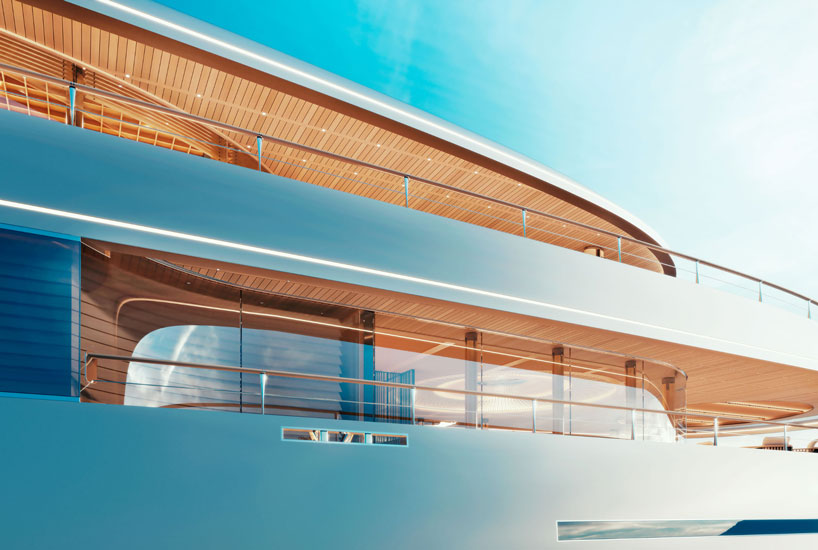 at the front of the yacht, a ‘bow observatory’ accommodates two people who can enjoy views of the horizon through giant windows. other design features include japanese-influenced interiors, an optional helipad, where a hydrogen-powered EVTOL can drop-off guests, and a mini-waterfall that cascades down from the deck pool over stone steps. meanwhile, the exterior look of the yacht is inspired by ocean swells, featuring a sculpted hull intersected by glass windows. 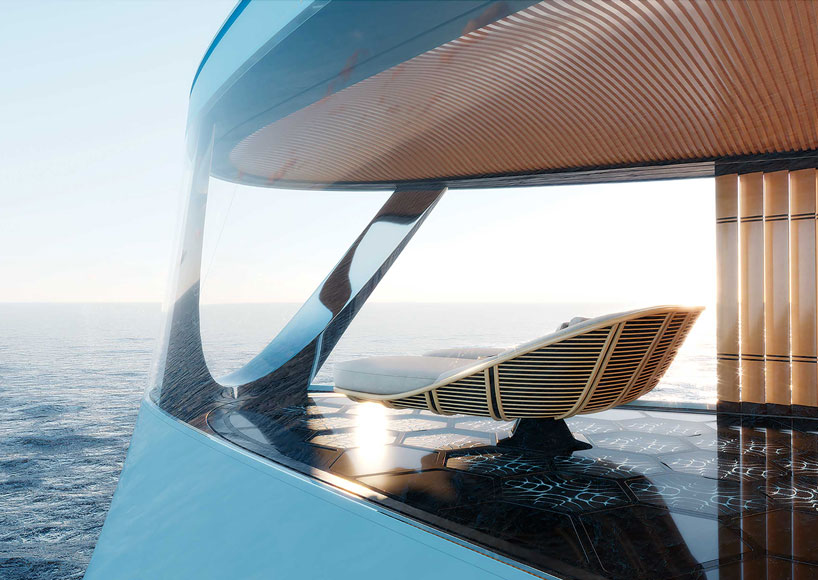 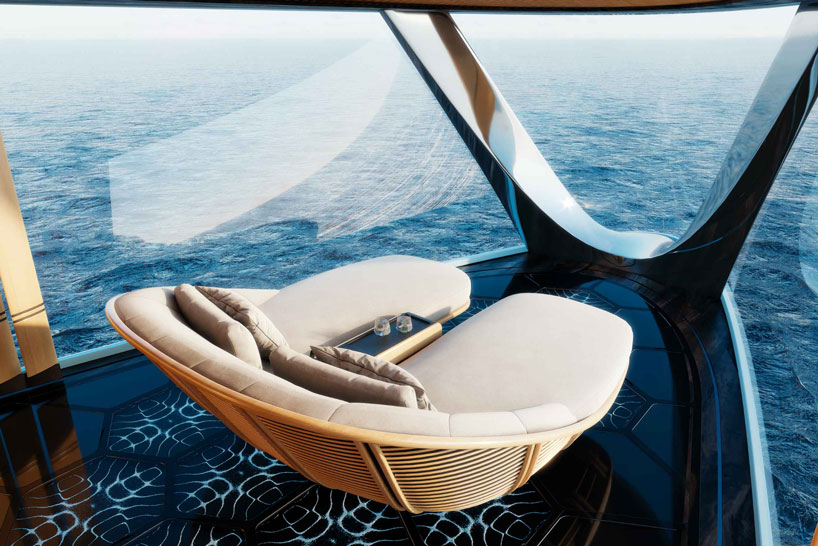 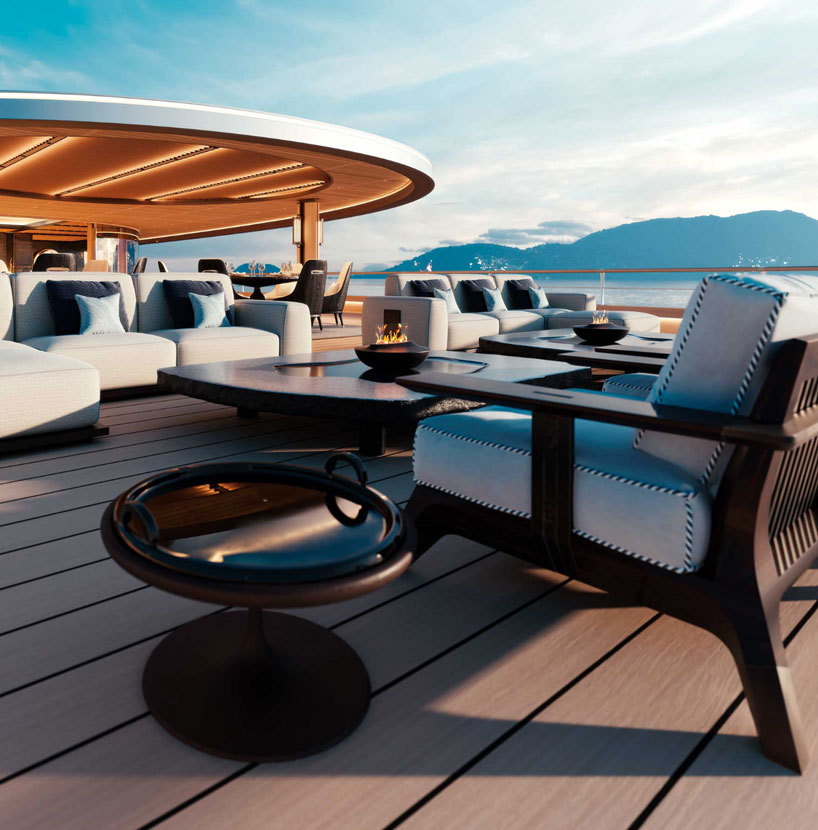 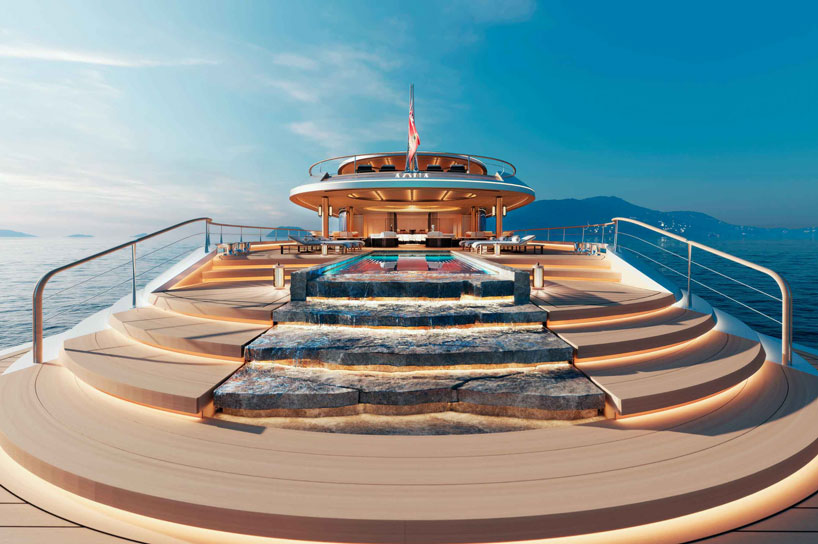 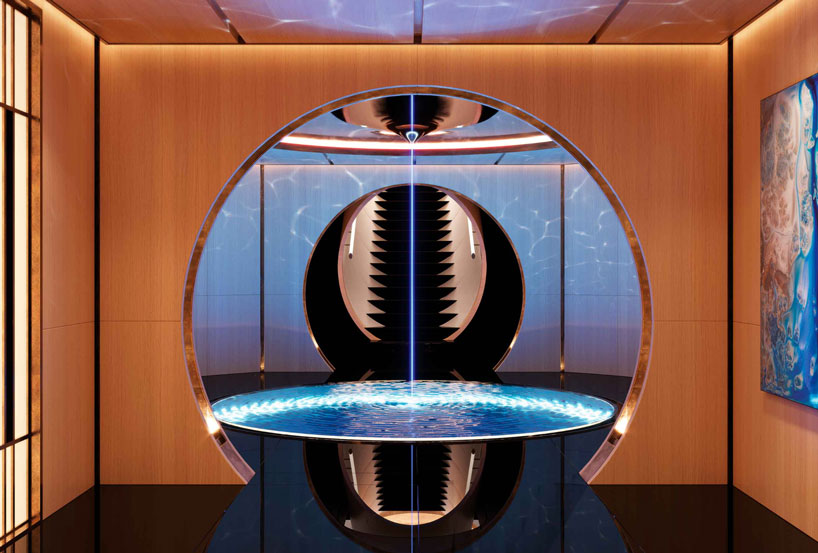 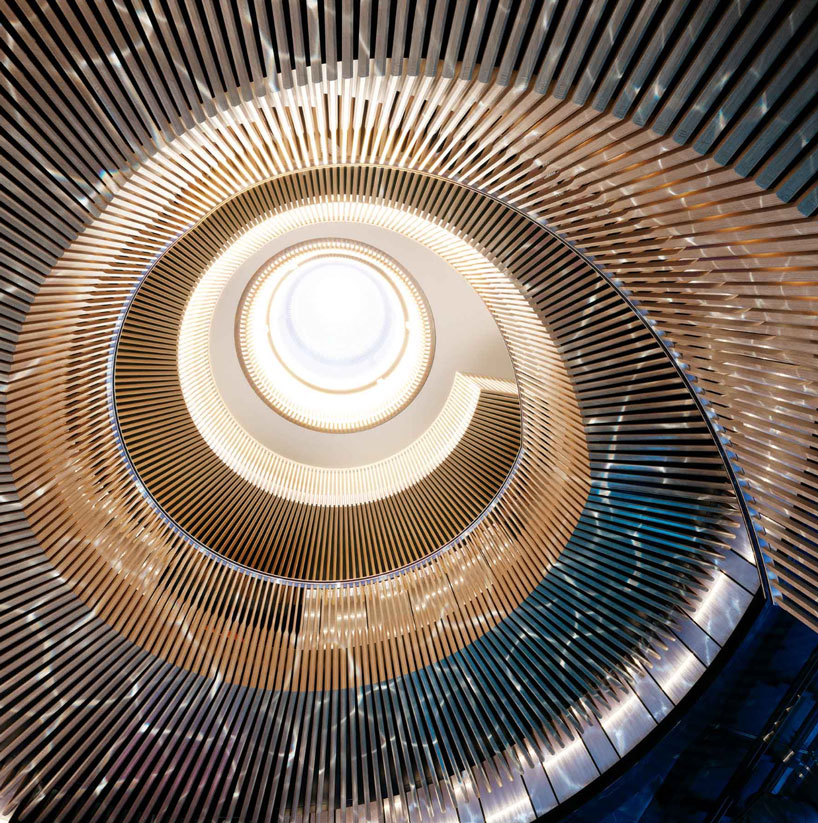 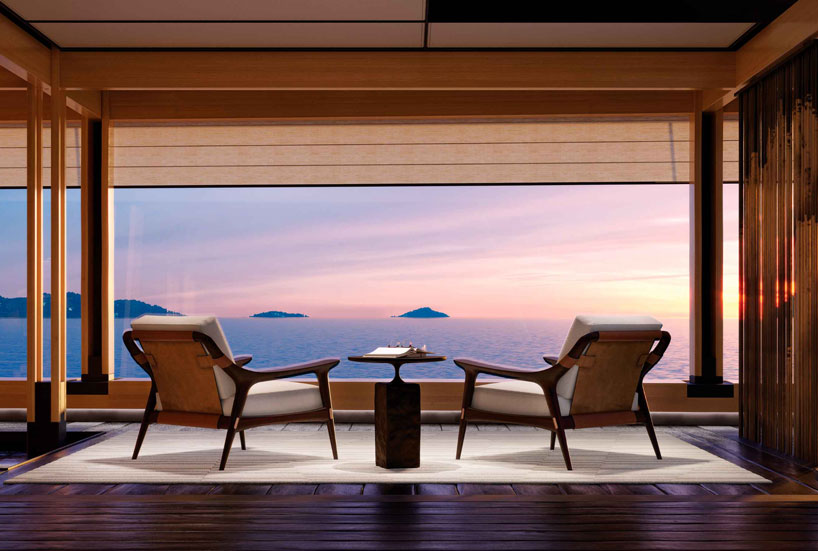 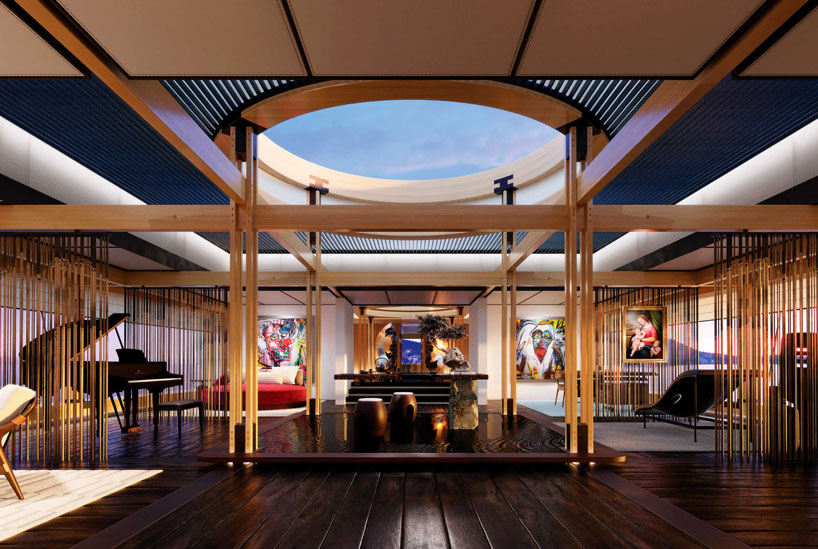 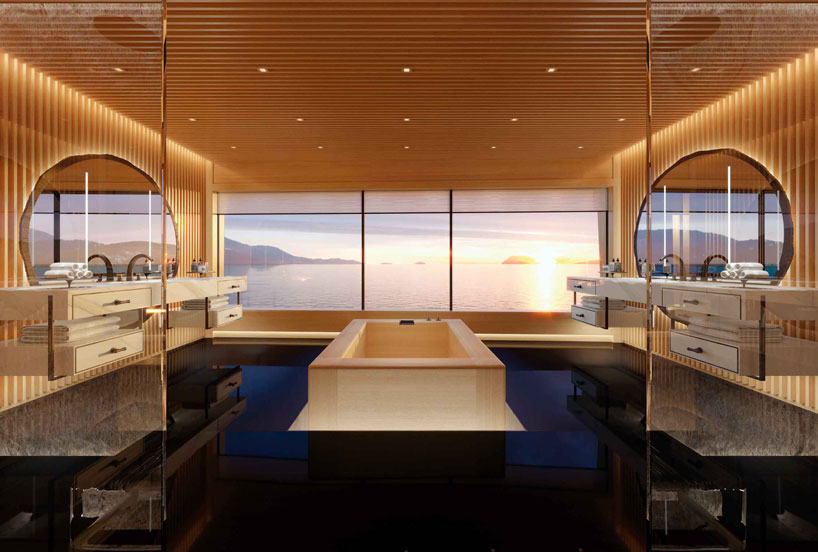