skal is media player designed for the home that links physical objects to related digital content on a television. the project is designed by jørn knutsen, einar sneve martinussen and timo arnall. skal, norwegian for bowl, centers around a wooden bowl that is equipped with an RFID reader. the bowl links to a television which displays different content when different RFID enabled objects are place in the bowl. for example, when a small plush toy is placed in the bowl, it could activate a cartoon with that same character in it. in addition to video, skal can be programmed to control all kinds of digital media including youtube channels, flickr photo streams, home videos or even online radio stations. 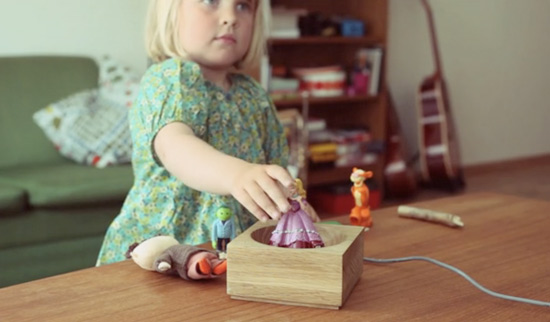 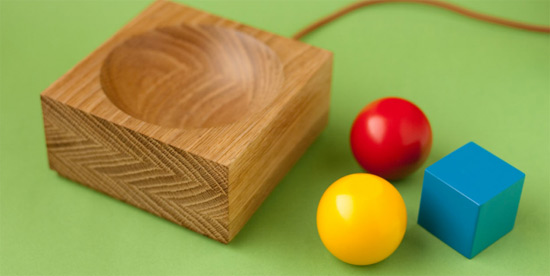 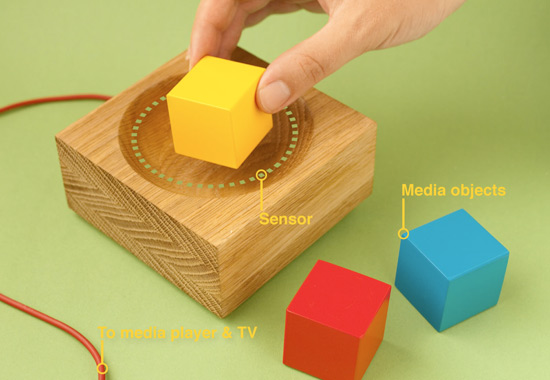 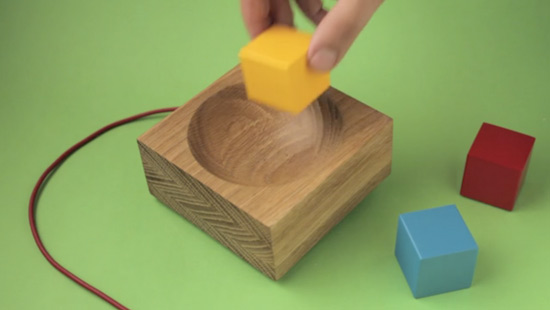 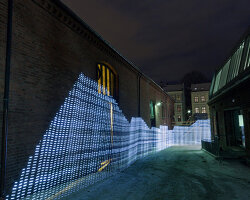 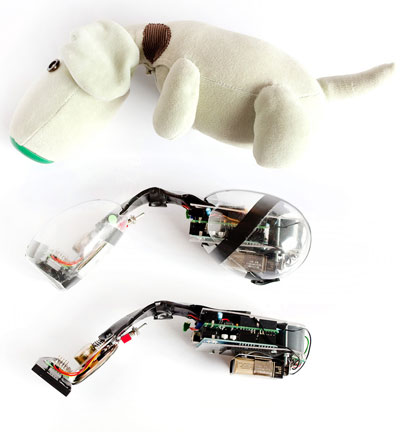