every few years, a two-day long concrete canoe race takes place in a city in germany, bringing together a fun sporting competition and the latest advancements in concrete technology. this year, over 1000 participants from universities from all over europe raced 90 boats made entirely out of concrete on the rhine river in cologne. the teams competed for the lightest, fastest, most beautiful, and for the most coveted award – best design innovation. 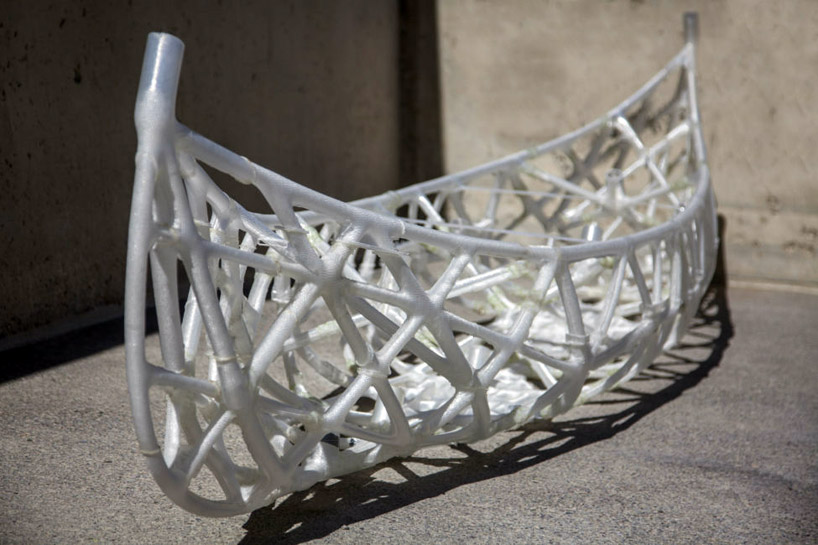 since 2005, ETH zurich has consistently participated in the concrete canoe regattas with great success, and this year it took home the first prize for design innovation for the third year in a row. ‘skelethon’, the 114 kilogram concrete canoe, was a collaboration between dbt – who provided the computational design and digital fabrication expertise – and the PCBM group – who developed the concrete mixes and processes used in the construction of the boat. 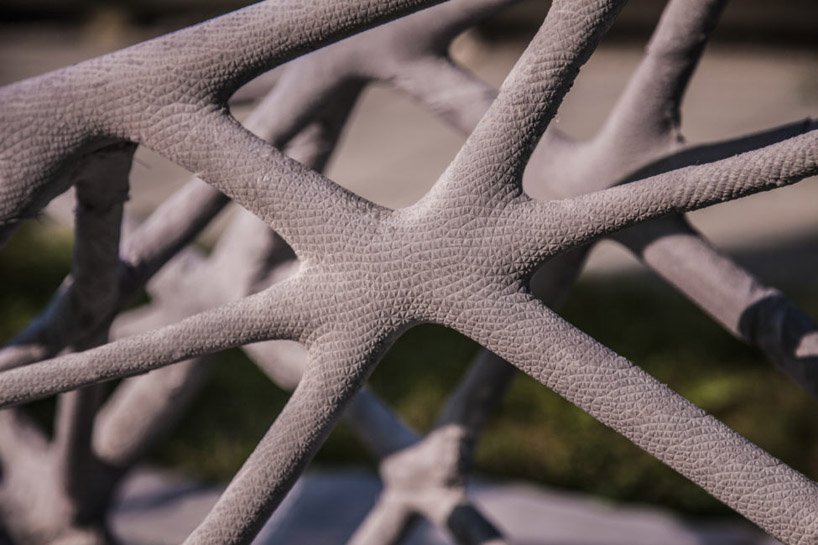 in the past, the concrete canoe regatta has served as prototyping framework for emerging research projects, such as mesh mold and smart dynamic casting, which have become in the meantime successful researches. this year, free formwork, a research project developed at dbt was used to build a boat which was highly praised by the jury for the unique design approach. the four meter-long boat has a stiff steel fibre-reinforced concrete inner skeleton, covered by a two to three millimetre-thick waterproof concrete skin. the skeleton is designed using topology and shape optimization algorithms which reduce the material of a traditional canoe design and redistribute it in a skelleton-like structure in order to maximize the stiffness of the boat. 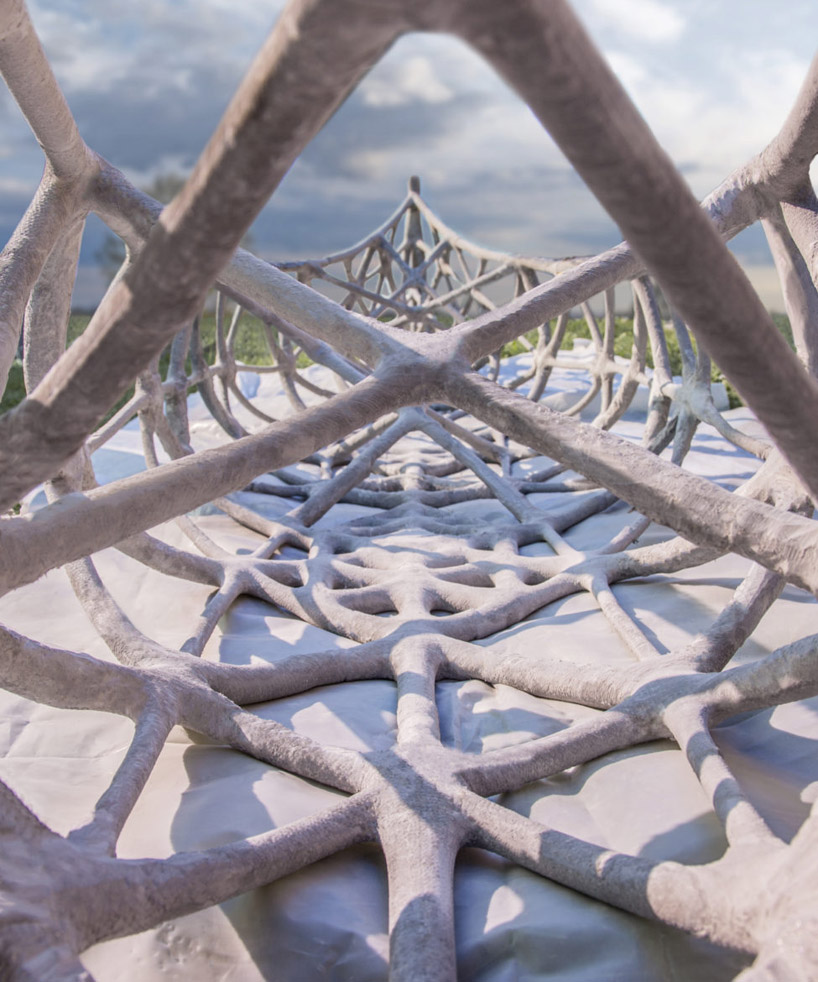 for the fabrication of this skeleton, a submillimetre thin plastic formwork was 3D printed and cast in ultra-high-performance fibre-reinforced concrete. the formwork for the entire boat weighed just over four kilogrammes and a precise, high-resolution surface texture, with details as small as half a millimetre, was transferred to the concrete skeleton to increase the contact area with the outer skin. the construction process made possible a highly complex concrete skeleton with bones as thin as 15 millimetres in diameter which would be impossible to fabricate with any other digital fabrication technologies. 3D printing, a precious fabrication process, was used minimally, but had a significant impact on the overall design. 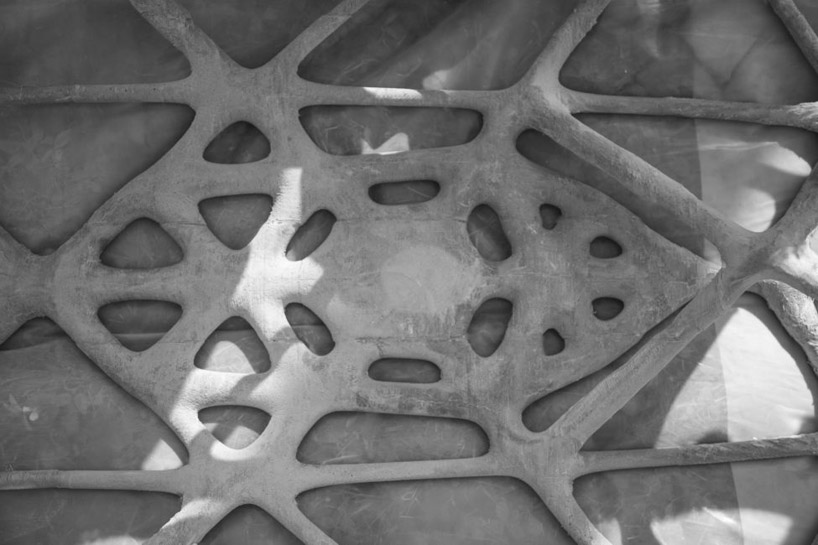 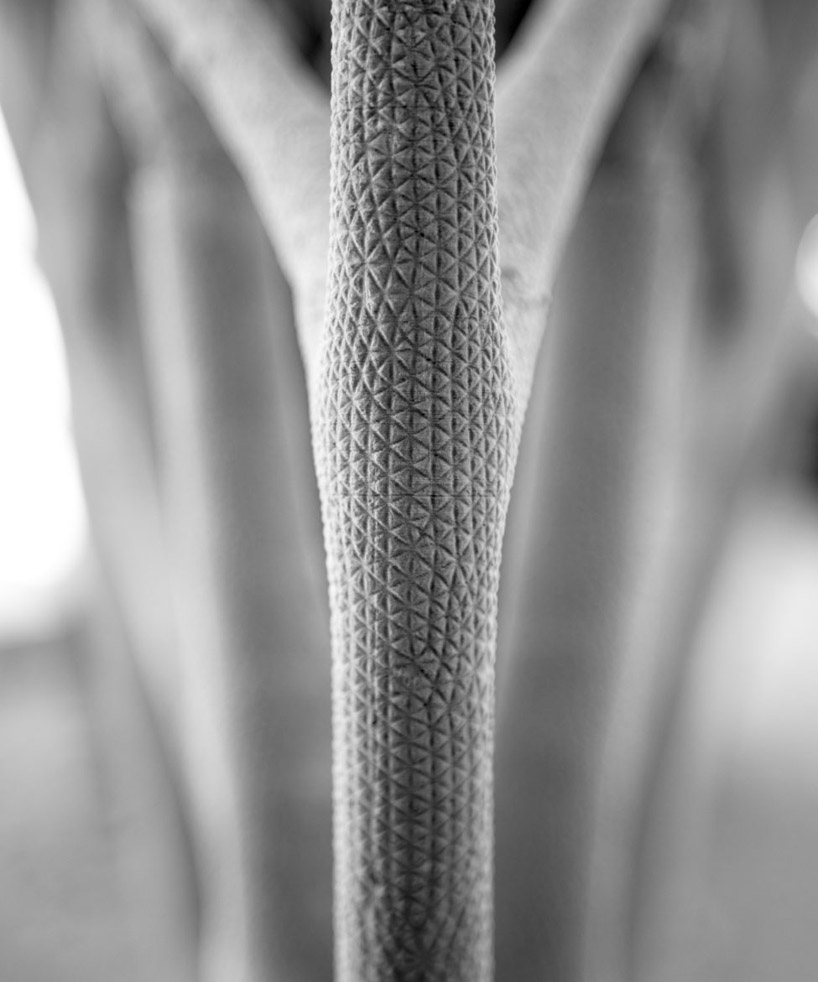 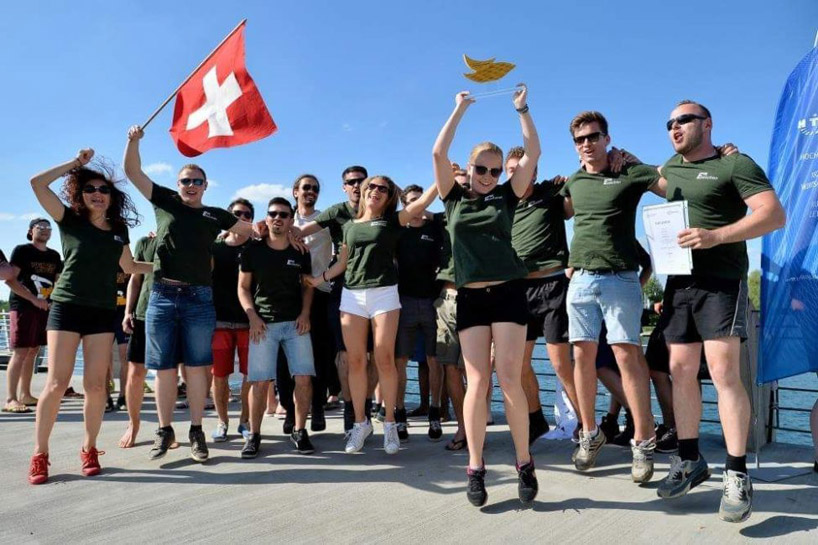 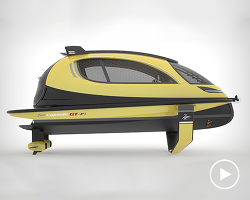