the skiff reader is a new ereader device that aims to attract attention not for its feature set, but its size. the device is ultra thin and has an 11.5 inch touch screen display that dwarfs even its biggest competitors. the design is ideally suited for magazine and newspaper content that was truncated to fit the screens of smaller devices. however the skiff has a lot going for it besides its screen size, it also has 4 gb of storage, wifi and 3g capability. the device can also be used to listen to music or audiobooks and comes with a sleek magnesium casing. the skiff_s newspaper capability comes as no surprise since the device and its accompanying service is partly being developed by the newspaper publisher hearst. the company plans to use it to sell digital subscriptions to newspapers and magazines. 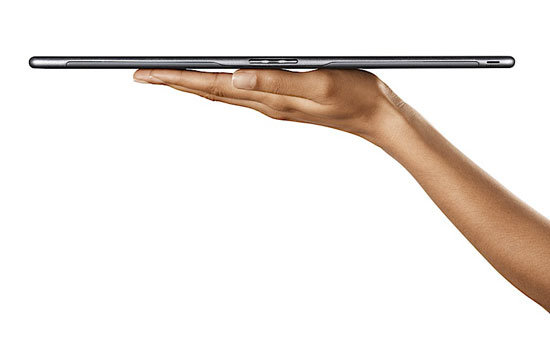 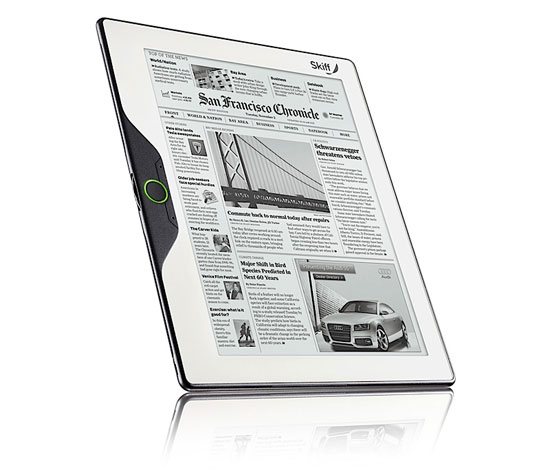 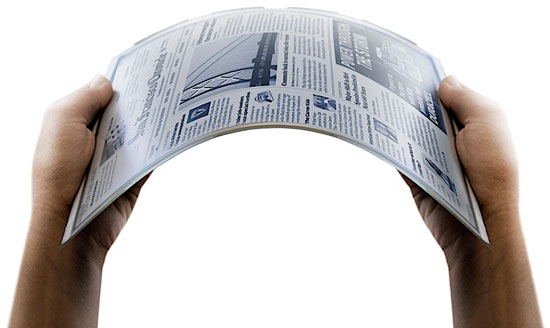 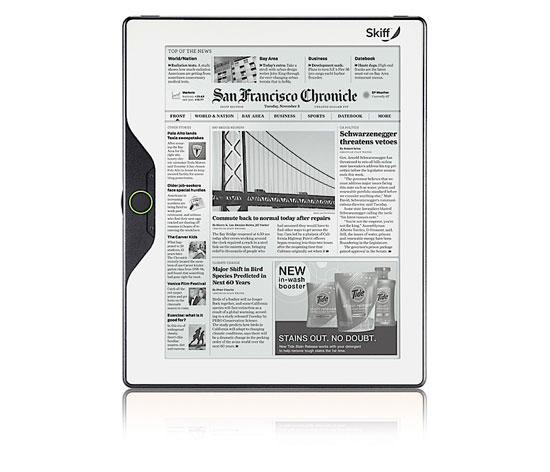