SkyDrive, a japanese developer of urban air mobility solutions, conducted the first public demonstration flight of its new SD-03 flying car model on august 25, 2020. the flight took place at the toyota test field, one of the largest in japan boasting 10,000-square-meters and home to the company’s development base. 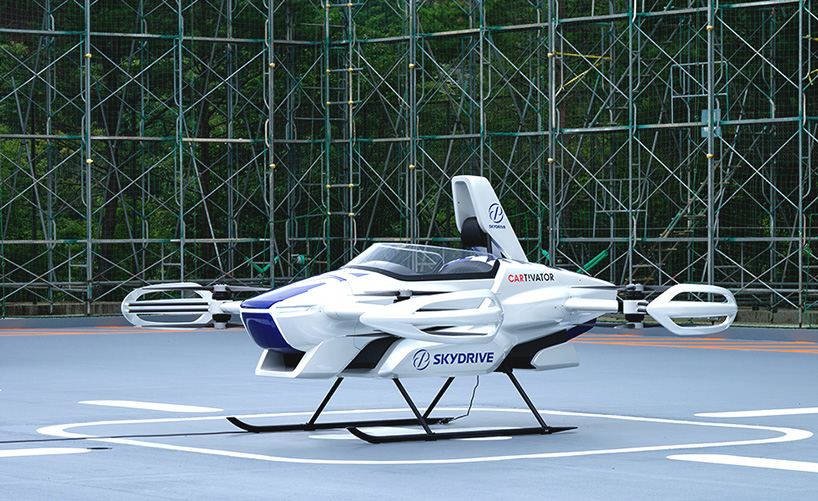 all images by SkyDrive

SkyDrive’s single-seat SD-03 took off in the early evening and circled the field for about four minutes. a pilot was inside the flying car but a computer-assisted control system ensured flight stability and safety while technical staff on land monitored conditions and aircraft performance at all times as backup. 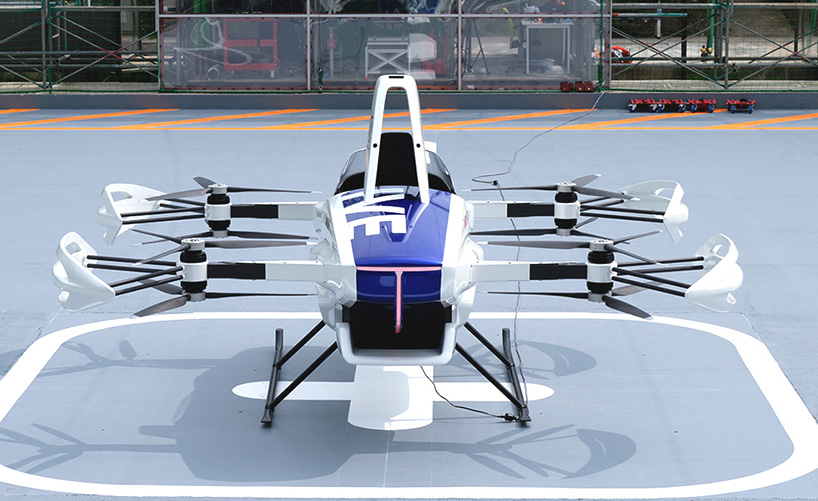 the aircraft has been designed to be the world’s smallest electric vertical take-off and landing (eVTOL) model. it measures two meters in height and four meters long, requiring only as much space as two parked cars. the powertrain consists of electric motors that drive rotors deployed in four locations, with each location housing two rotors that individually rotate in opposite directions, each driven by its own motor. the use of eight motors is a means of ensuring safety in emergency situations during flight and as such aims to address compliance standards and allay potential regulatory concerns. 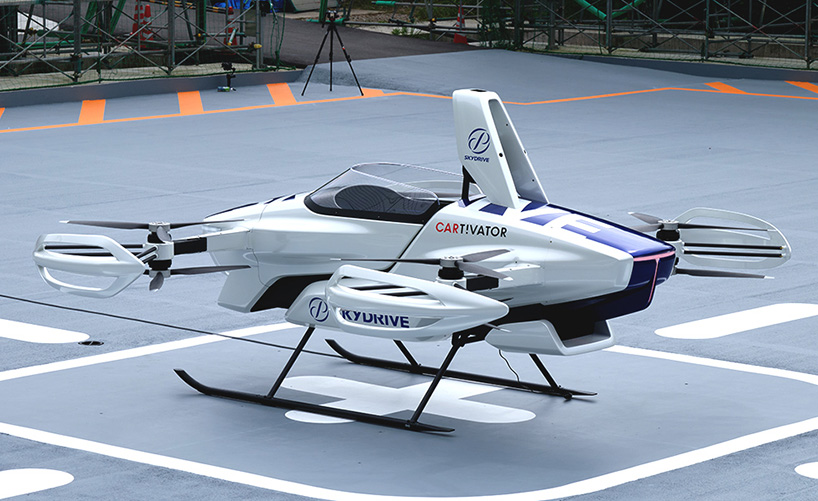 ‘we are extremely excited to have achieved japan’s first-ever manned flight of a flying car in the two years since we founded SkyDrive in 2018 with the goal of commercializing such aircraft,’ said tomohiro fukuzawa, SkyDive CEO during the event. ‘we aim to take our social experiment to the next level in 2023 and to that end we will be accelerating our technological development and our business development. we want to realize a society where flying cars are an accessible and convenient means of transportation in the skies and people are able to experience a safe, secure, and comfortable new way of life. we also aspire to develop markets around the world, in collaboration with our partner companies, so that an urban air mobility society with aircraft supplied by SkyDrive becomes a reality not only in japan but also across the globe.’ 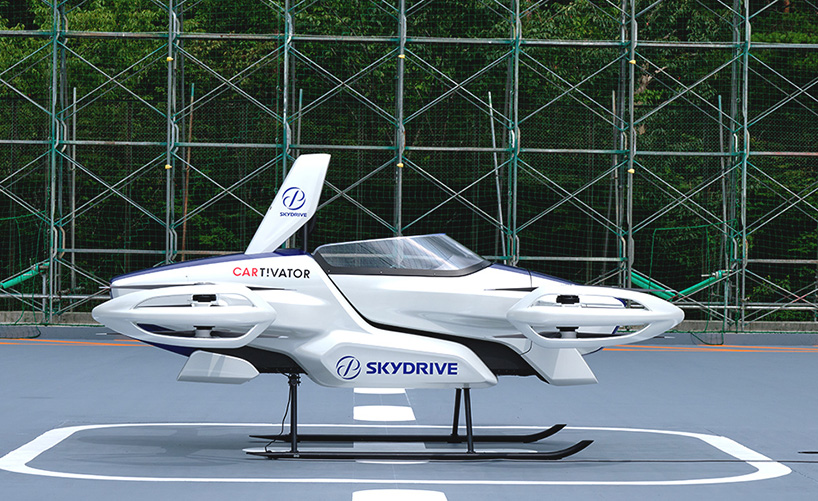 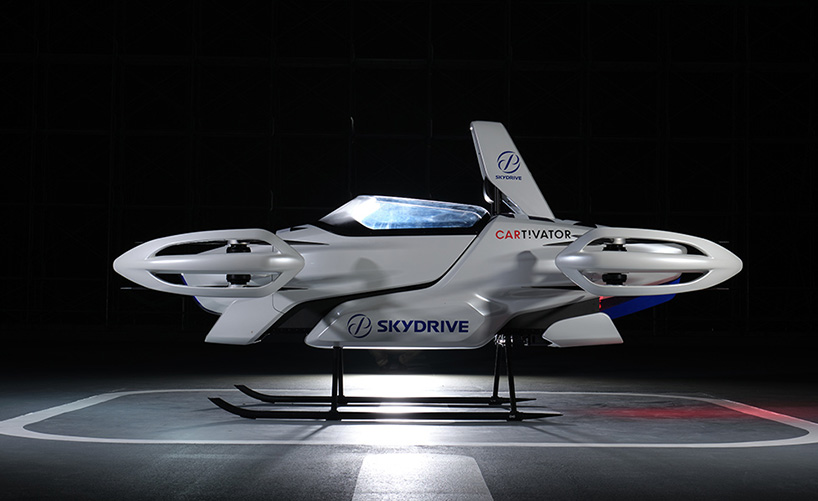 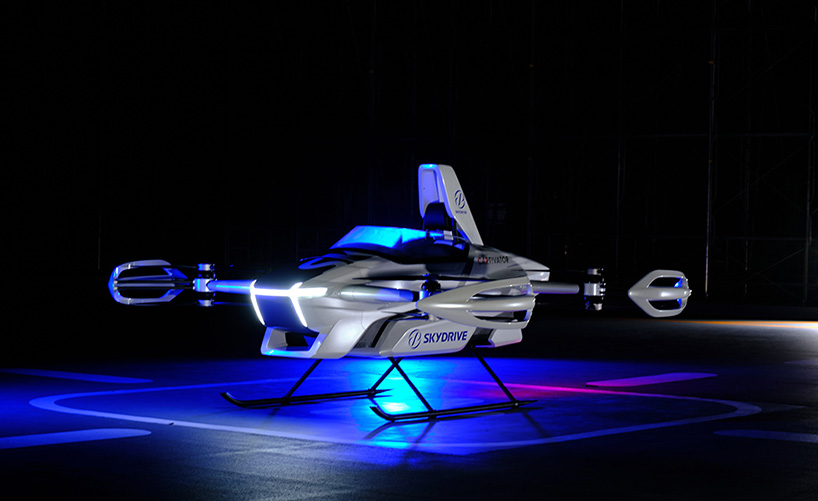 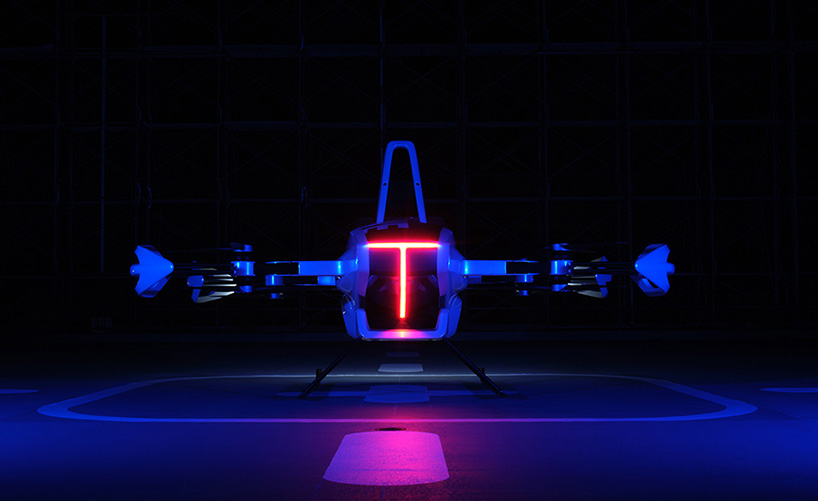 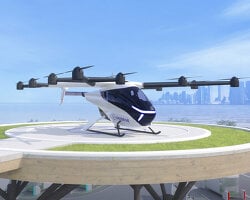