SkySails Power offers an airborne system that revolutionizes how the wind is harnessed and converted into electricity. Being one of the most cost-efficient, abundant and environmentally friendly energy sources, wind power plays a key role in one of humanity’s greatest challenges: the total shift to renewable energy. However, conventional wind technology cannot exploit this resource where it is most potent, which is at high altitudes. The German company believes it has found the key to unlock this potential through its automatic power kites, which able to tap into the wind’s energy at altitudes of up to 400 meters.

‘Automatic power kites are at our vision’s core,’ states the SkySails Group. ‘They can harness the wind’s untapped supplies at altitudes of up to 400 meters, and we were the first company in the world to develop an industrial application. Now, our solution is ready for scale-up. SkySails kites are lightweight and highly efficient and will profoundly alter wind energy’s impact in achieving the global energy transition.’ 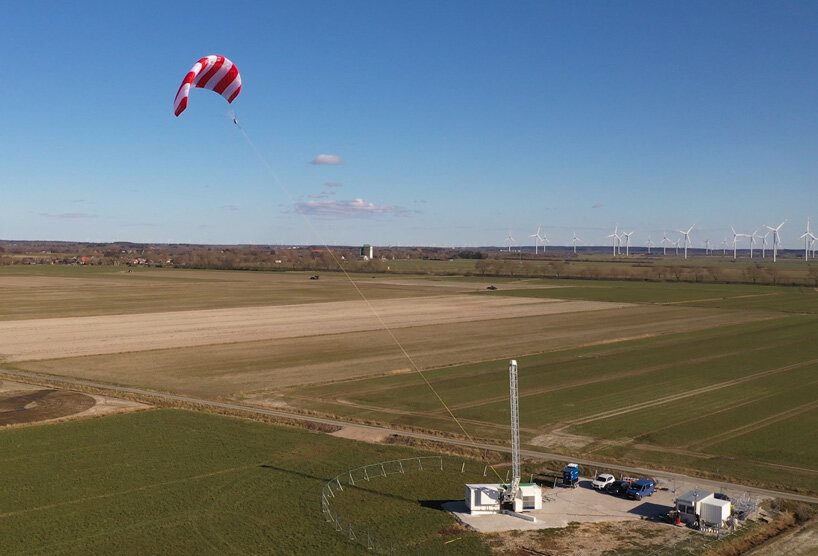 all images courtesy of the SkySails Group

SkySails Power’s Airborne Wind Energy Systems (AWES) address the challenges of rapid renewable energy deployment – flexibility, reliability, and a competitive cost – through the use of power kites. AWES can harvest wind energy at altitudes of up to 400 meters. Uninhibited by surface friction, the wind at these heights is far more reliable than wind closer to the ground. Because of this, AWES can even deliver good yields in places that are usually considered low-wind sites. Whereas surface friction reduces wind speeds closer to the ground, the air can move uninhibited at higher altitudes. Depending on the location and time of day, speeds can be twice or even three times faster. The power kites can even be operated in hurricane and typhoon regions since they are easily retrieved and stowed away before a natural disaster. Thanks to their simple transportation and installation requirements, the kites can even be installed in places that are difficult to access.

‘For the first time, a renewable power source is a viable alternative to conventional energy production,’ notes the group. ‘It can even keep up with brown coal for supplying baseload power. SkySails Power’s AWES also are a reliable and economical alternative to conventional renewables such as wind turbines or solar installations and can even replace diesel generators.’ Watch the video below to learn more about how the power kites operate. 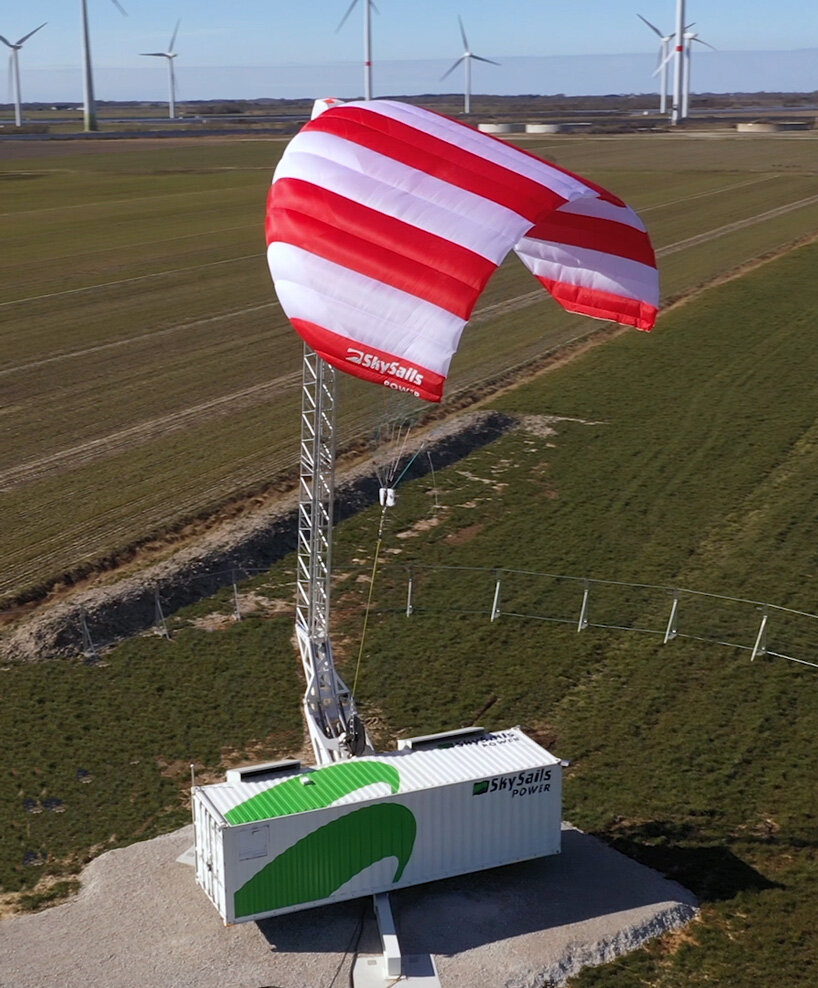 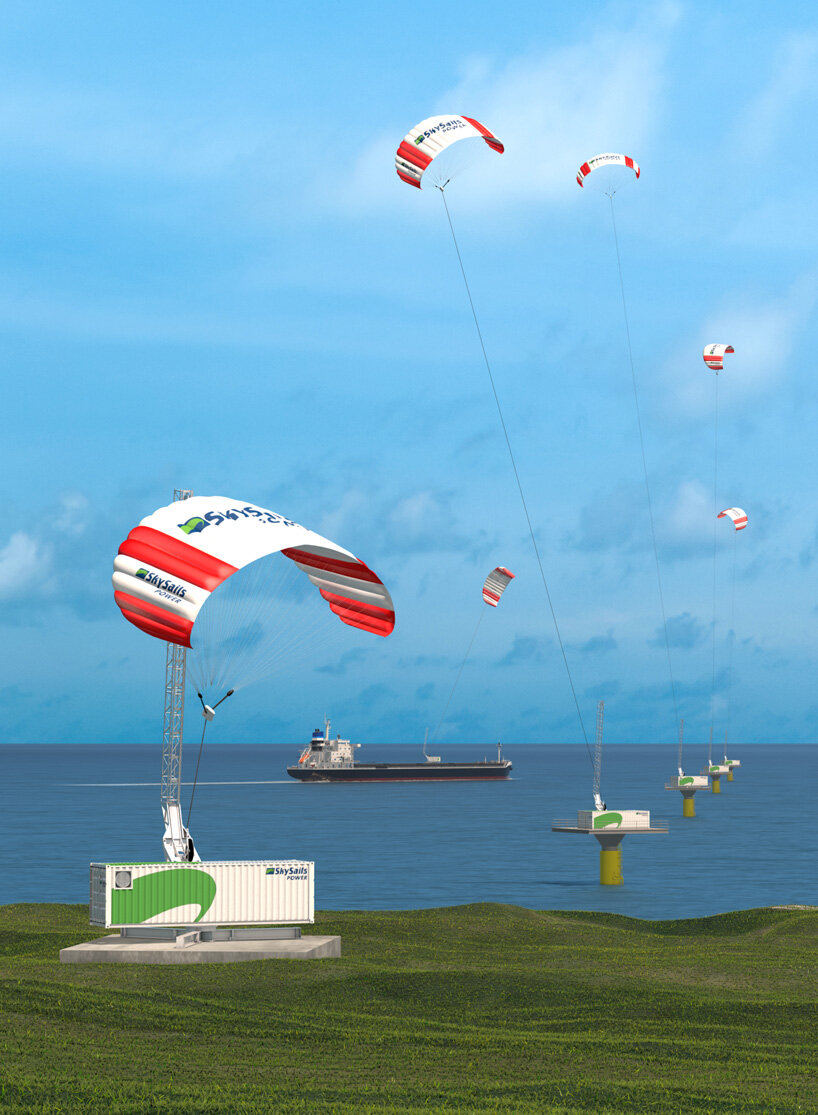 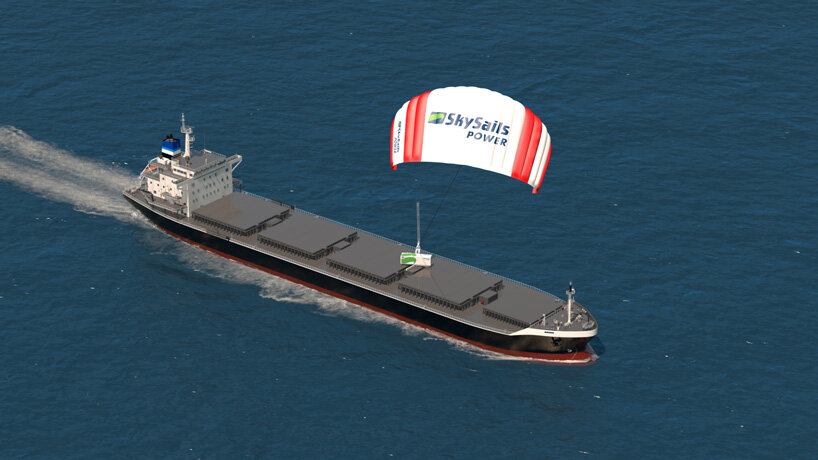 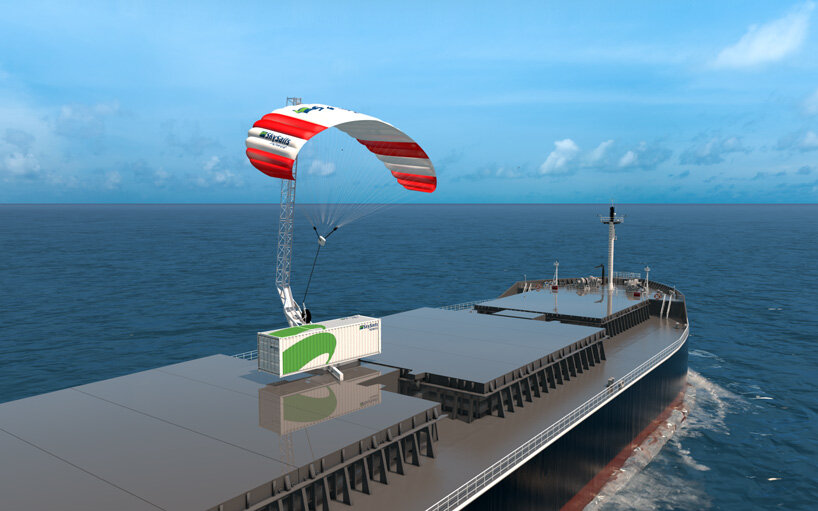 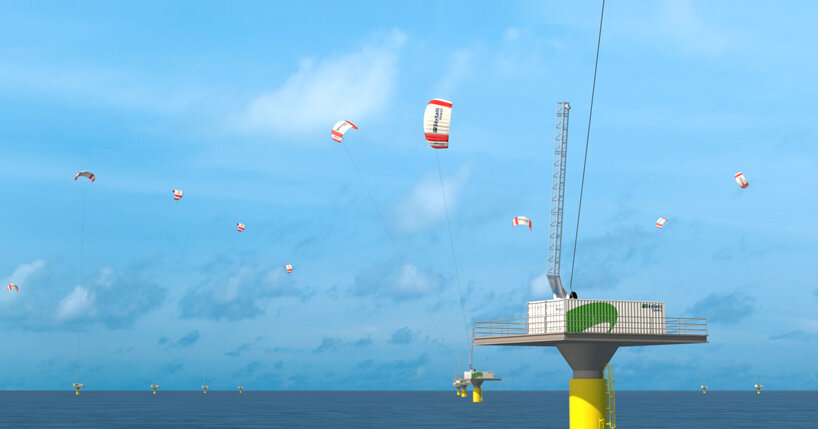