bridge architecture and design news: skyscraper puli bridge in south west china, has been named the second highest bridge in the world. the megastructure – completed in august 2015 – has been built over a 1600 ft (488 m) deep valley, measures 3412 ft (1040 m) long and links two remote and mountainous provinces in south-west china’s yunnan province for local drivers.

the video, which gives an aerial tour over the structure, was shared by via youtube. the 27 second-long clip shows how the bridge is suspended over an impressive drop and surrounded by mountain ranges as far as eyes can see. unveiled on august 25, 2015, ‘puli bridge’ is 3412 (1040 m) feet long and its main span is 2060 (628 m) feet wide. the overpass is built across a 1591 foot-deep valley (484 m), which is about the height of the shanghai world financial centre, the 10th tallest skyscraper in the world.

according to highest bridges, the remarkable traffic link is the second highest completed bridge in the world, after the 1627 (495 m) foot-high ‘siduhe bridge’ located in central china’s hubei province. the website also stakes the claim that eight of the top ten highest bridges in the world are also built in china. the megastructure is built outside xuanwei city in yunnan province as a part of a highway leading to nearby guizhou province. 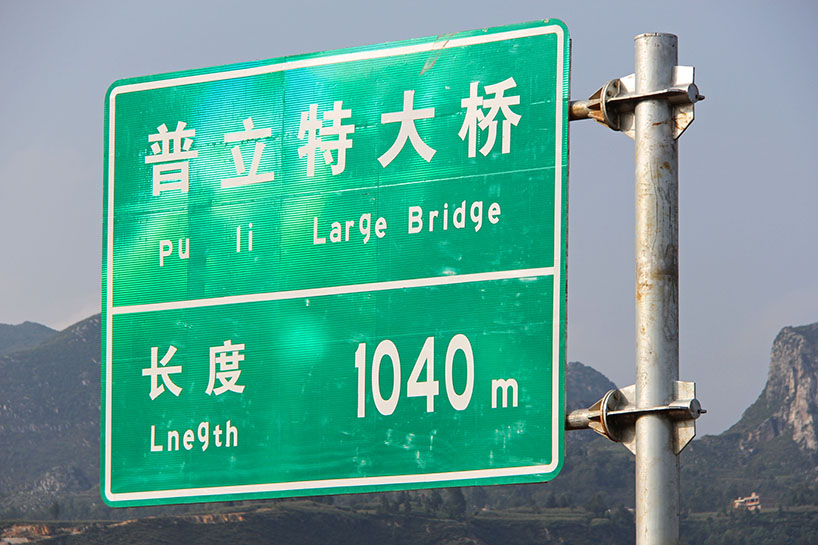 both provinces are notorious for their rough terrain featured by high mountains and wide, fast-flowing rivers. the massive suspension reduces the travel time from xuanwei to the guizhou border from four hours to one. it is considered to be part of the china western development, a campaign launched in 1999 by the communist leadership to open up the vast, poor and remote provinces in western part of the country. 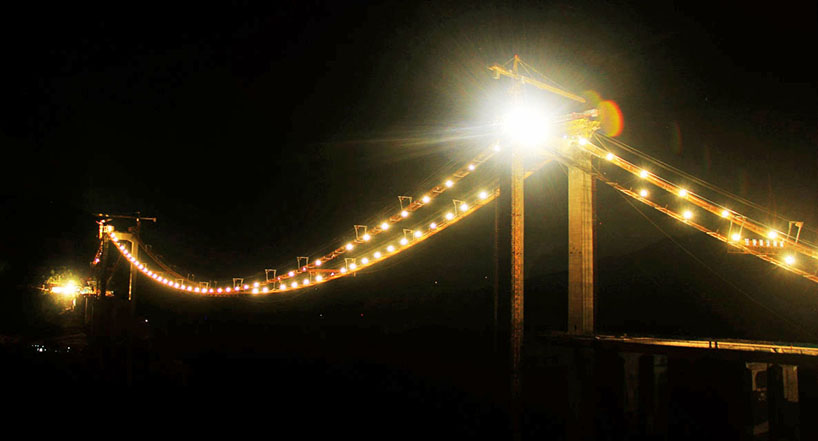 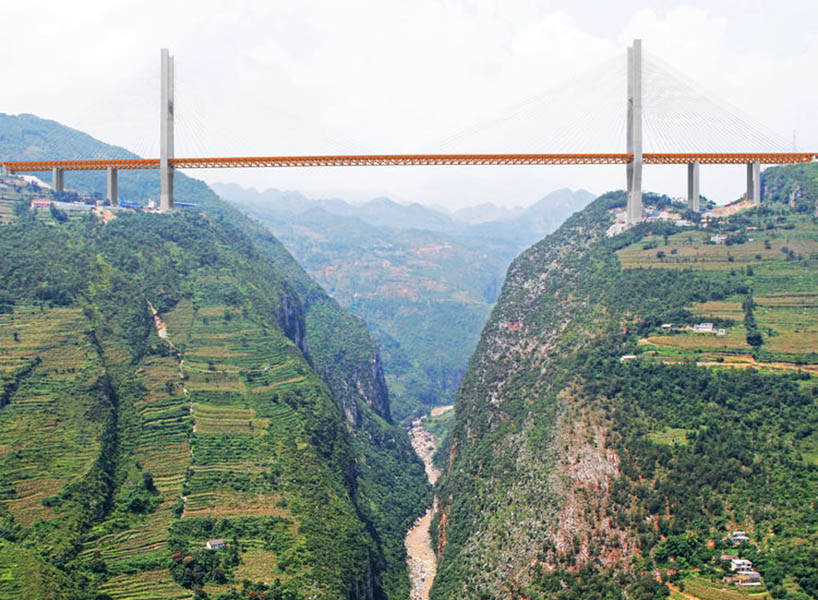 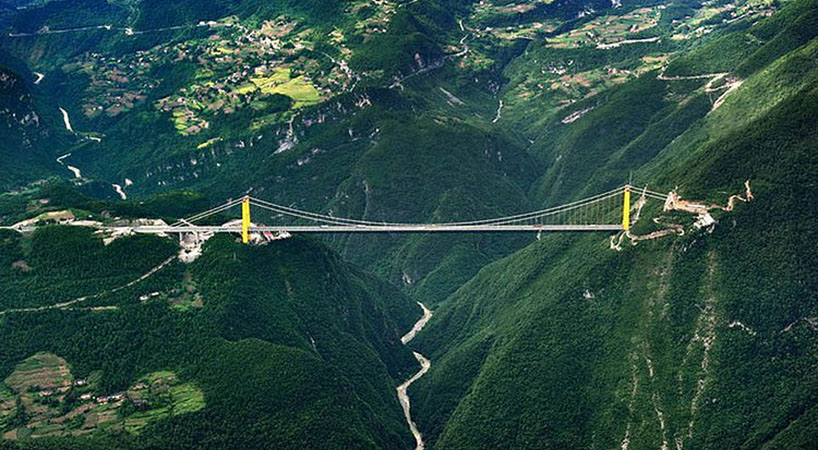 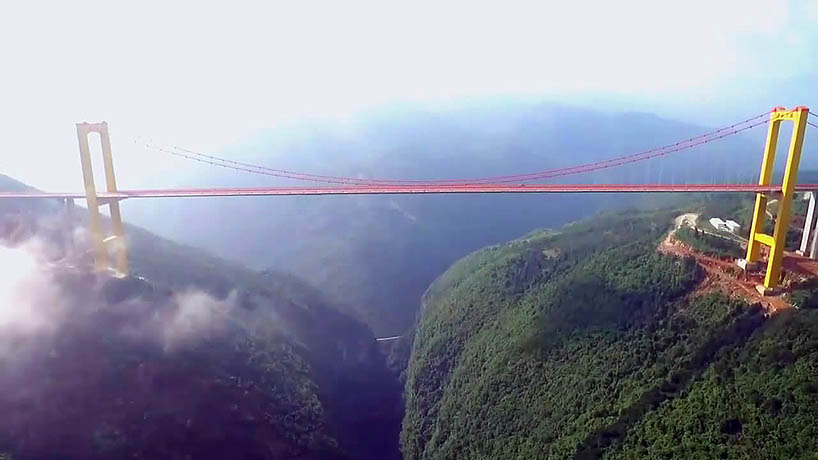 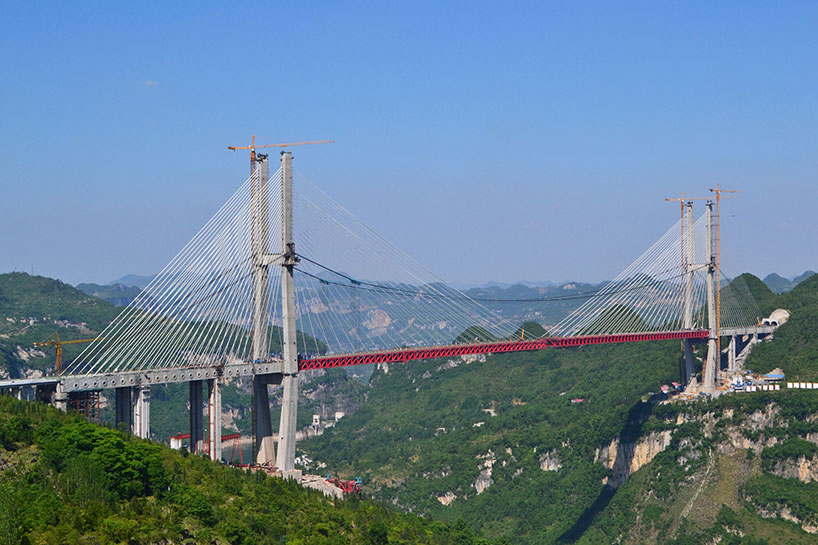 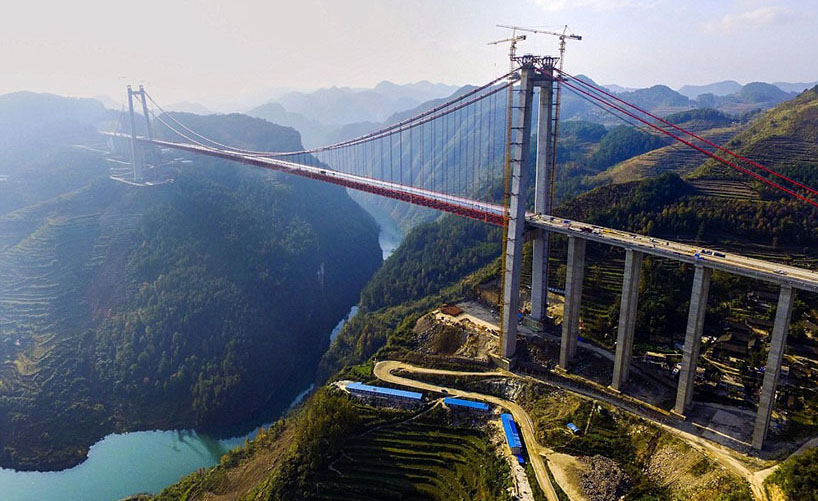 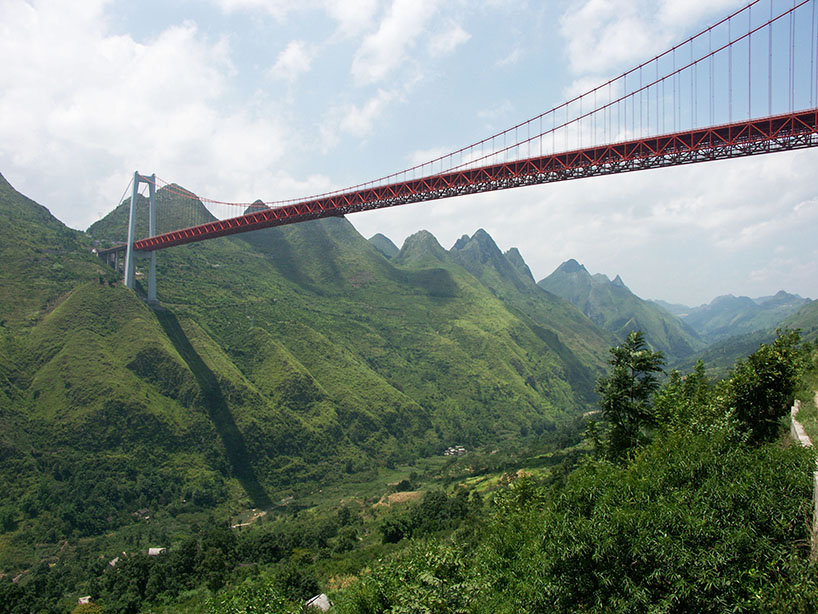 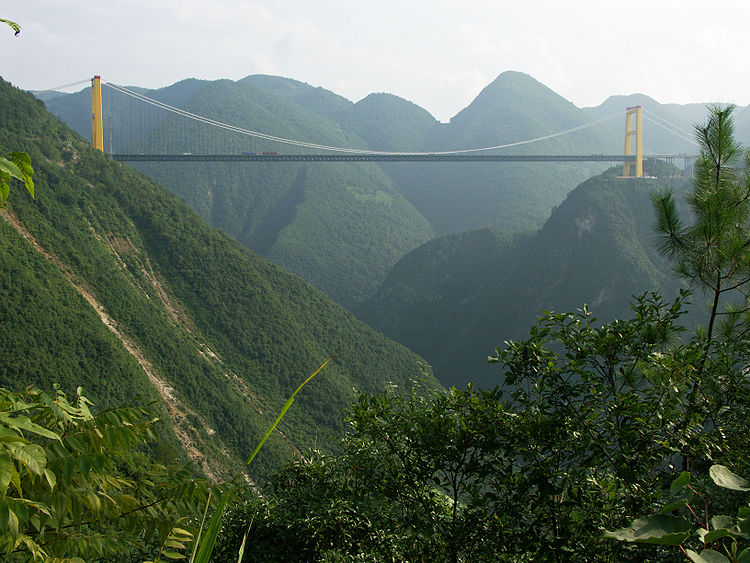