an interactive map of the observable Universe

Astronomers at Johns Hopkins University have created an interactive online map that lets you scroll from the milky way to the edge of the observable universe. The scientists have used data mined over two decades from the Sloan Digital Sky Survey, depicting the actual position and real colors of 200,000 galaxies, each of which is represented as one pixel on the map. Created in collaboration with 3D artist and designer Nikita Shtarkman, this map gathers all the collected data and visualizes it in a way that is both scientifically accurate but also accessible to everyday people.

The aim of this project is to let the public experience the map’s undeniable beauty and its breathtaking sweep of scale. The map represents galaxies made out of billions of stars and planets just as little dots, allowing the viewer to perceive different scales at the same time. ‘Growing up, I was very much inspired by astronomy pictures, galaxies, nebulae, etc. Now I think it’s our time to create a new picture and share it with everyone out there,’ mentioned Brice Ménard, a professor at Johns Hopkins. 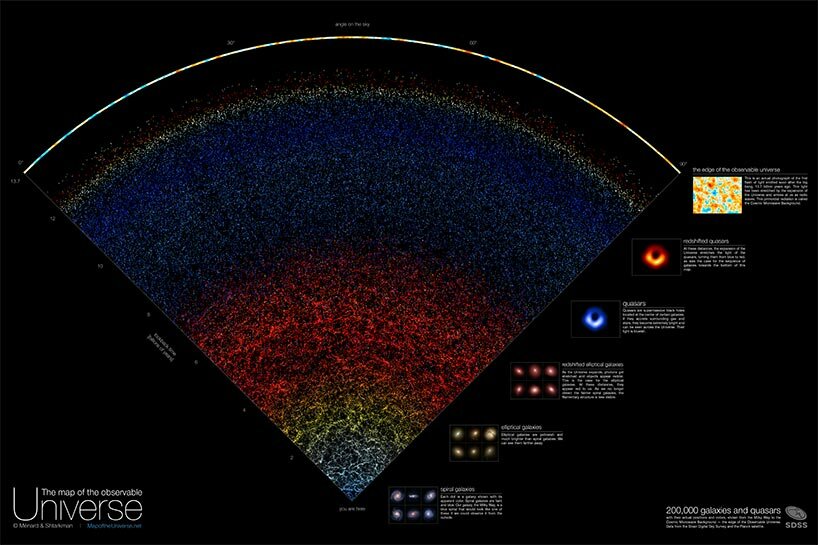 all images by B. Ménard & N. Shtarkman/Johns Hopkins University

representing the vastness of the universe

Although astrophysicists around the world have been analyzing this data for years, nobody has taken the chance to chart a map that illustrates the sweeping beauty of the universe and make it accessible to people who are not scientists. The team at Johns Hopkins University came up with this idea together with former Johns Hopkins computer science student Nikita Shtarkman and assembled an interactive, free and accessible map that shows what the universe really looks like, offering a better understanding of our position in the entire universe.

The map only visualizes a slice of the universe, with every dot on the map representing an entire galaxy.

‘In this map, we are just a speck at the very bottom, just one pixel. And when I say we, I mean our galaxy, the Milky Way which has billions of stars and planets,’ Ménard says. ‘We are used to seeing astronomical pictures showing one galaxy here, one galaxy there or perhaps a group of galaxies. But what this map shows is a very, very different scale. From this speck at the bottom, we are able to map out galaxies across the entire universe, and that says something about the power of science.’ 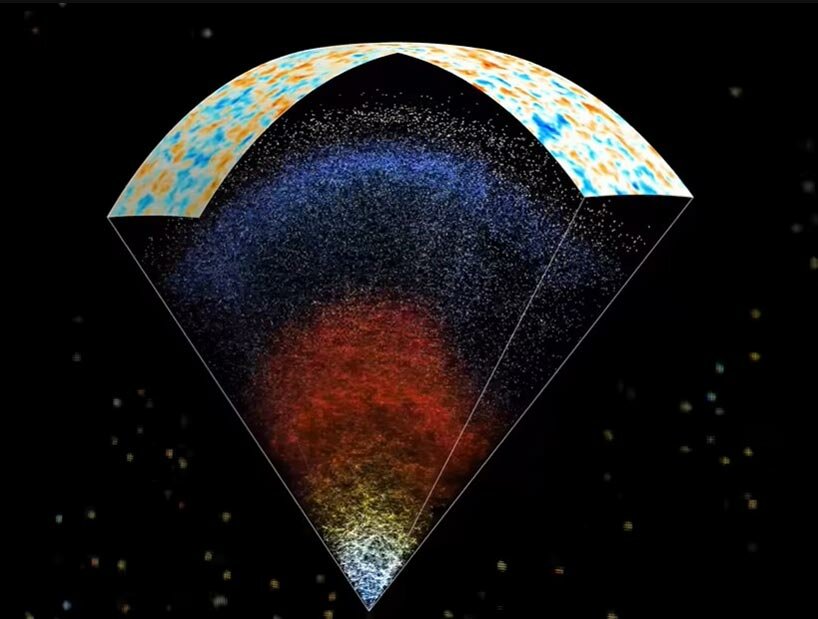 The expansion of the universe contributes to making this map even more colorful. The farther an object is, the redder it appears. The top of the map reveals the first flash of radiation emitted soon after the Big Bang, 13.7 billion years ago. 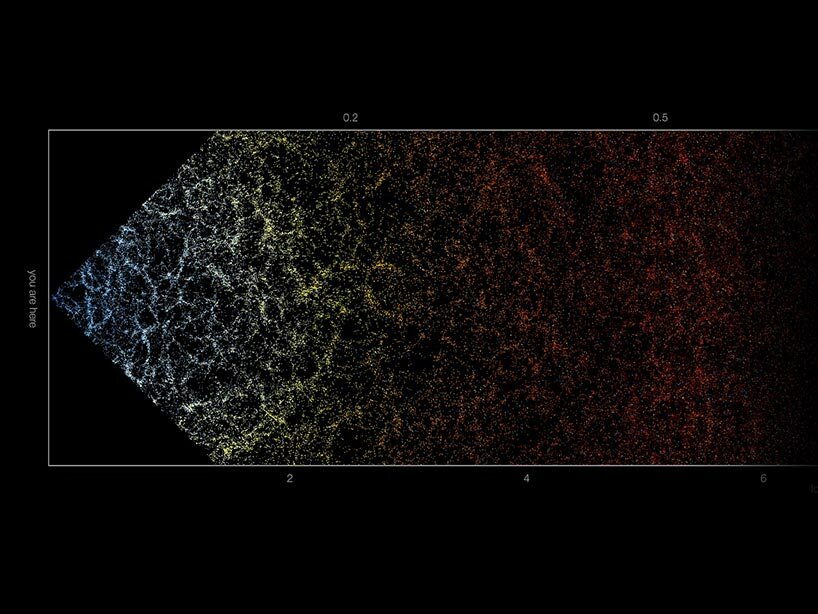 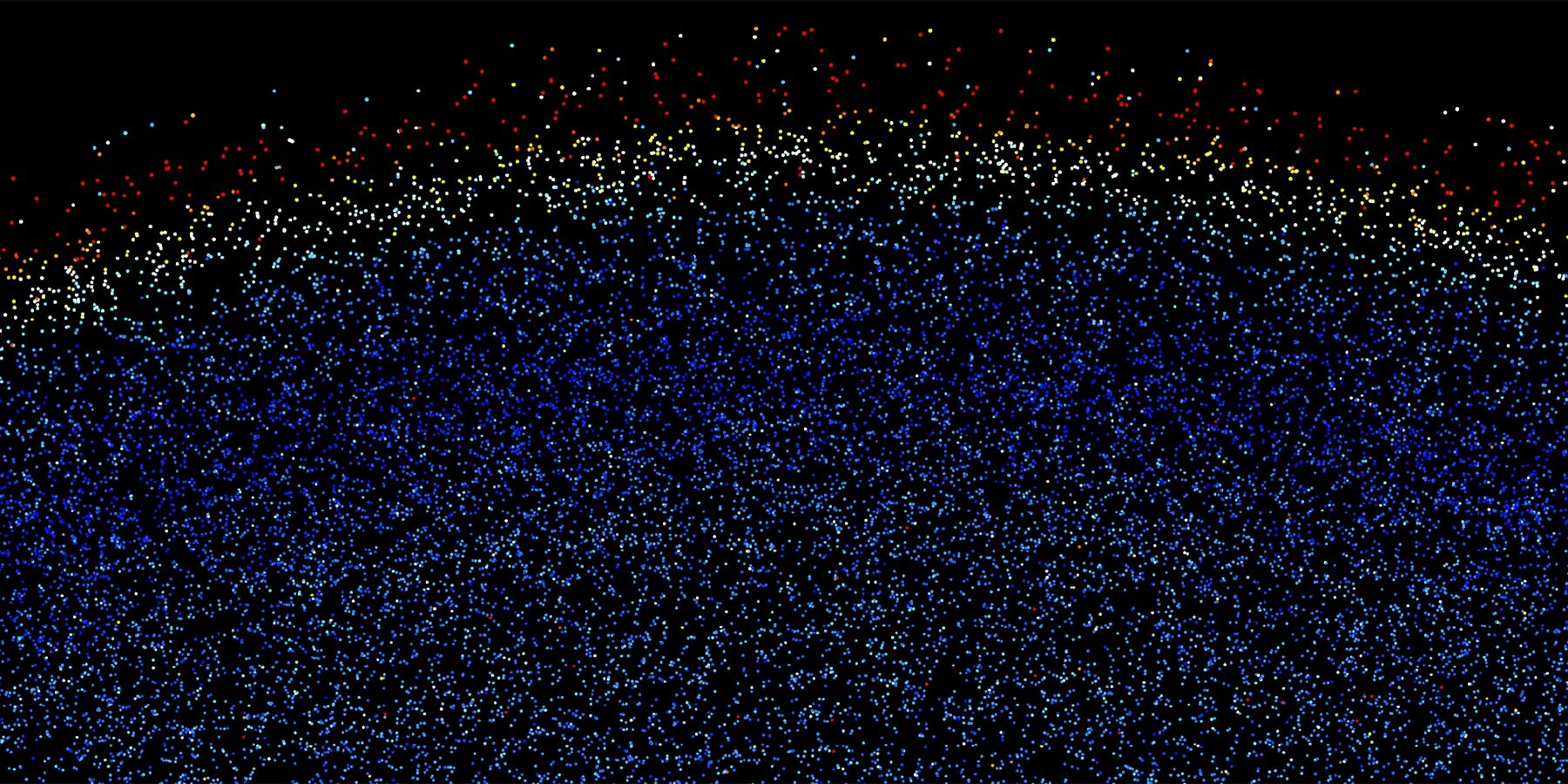 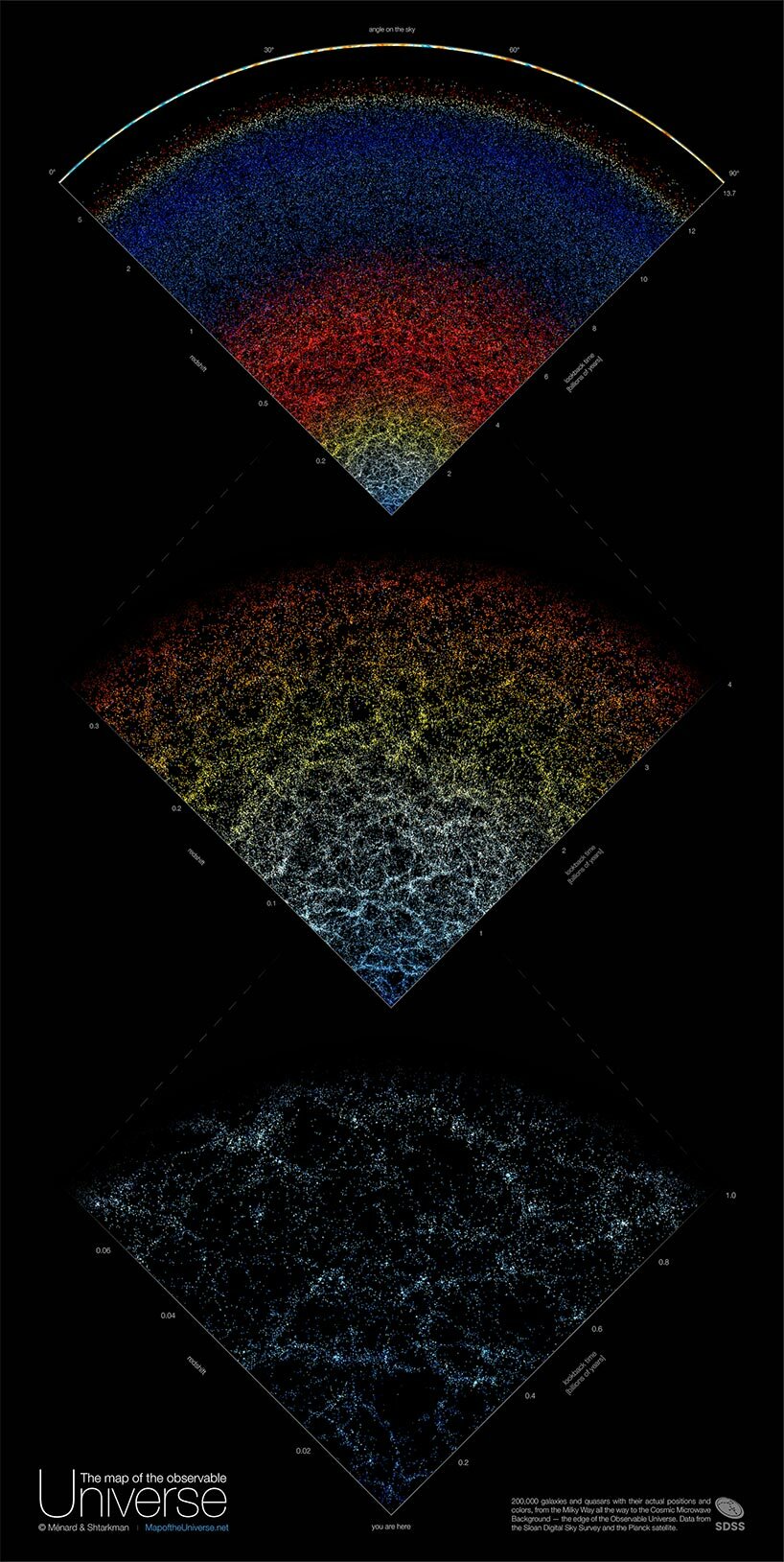 name: The map of the observable Universe 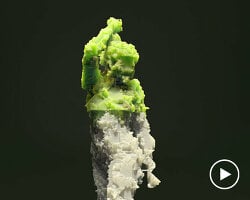 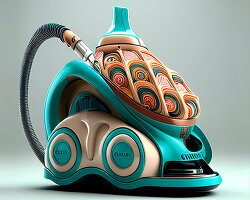