the ‘smart atoms’ spaxels version, developed by ars electronica futurelab, use these space pixels to fly in precise formation in order to draw three-dimensional objects in midair. the LED-equipped quadcopters fly as interlinked blocks so that it is possible to not only form visual likenesses but also to generate images with material-virtual characteristics. the ‘smart atoms’ were presented during the 2014 festival arc electronica at the future playground

‘smart atoms deals with the question of where the limits of human perception are located. in concrete terms: what type of swarm behavior by these quadcopters causes spectators to perceive the swarm as a single entity, as an object. where exactly is the perceptual dividing line between “I’m interacting with many individual objects” and “I’m interacting with an object consisting of numerous parts”? and which interaction strategies and metaphors emerge from this?’ said horst hörtner, directer or ars electronica futurelab. 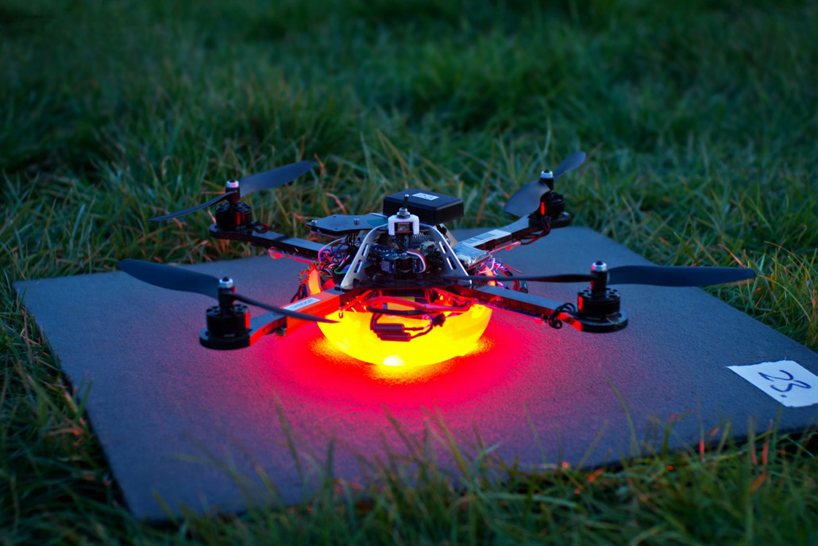 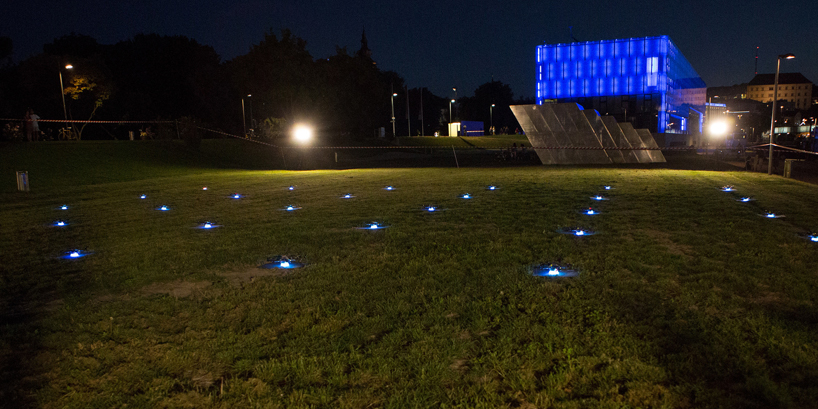 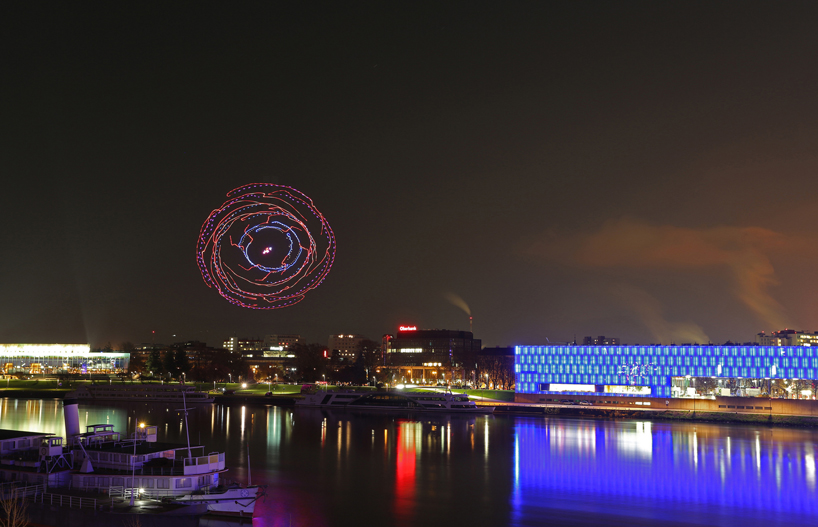 the display over the danube
image courtesy of gregor hartl fotografie 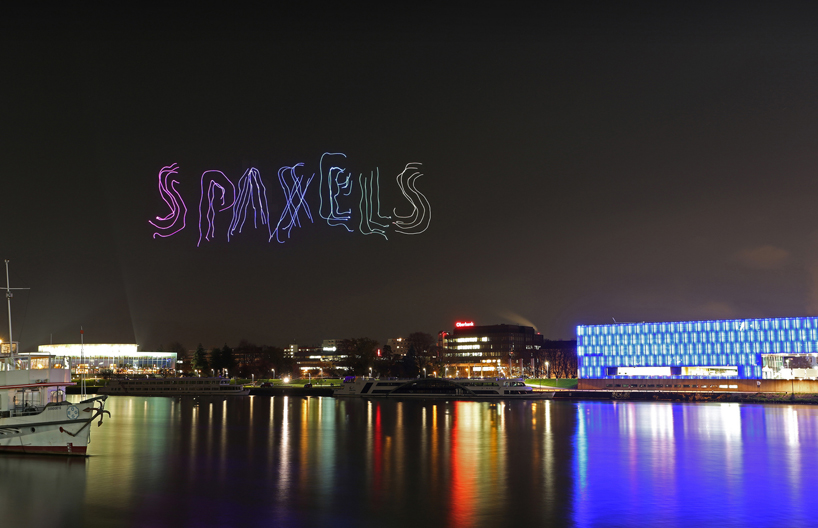 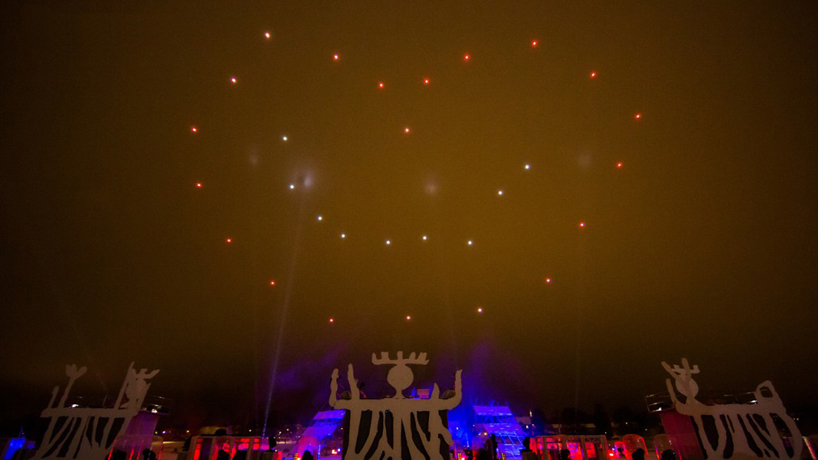 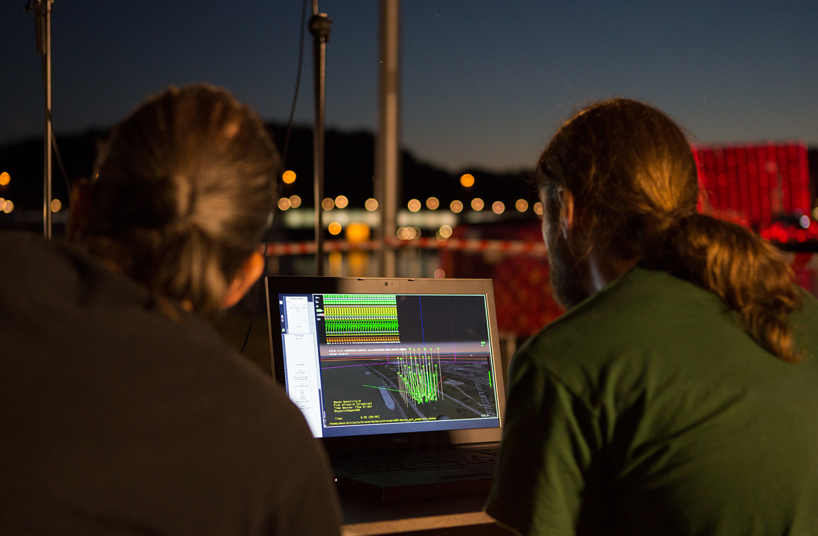