given current trends, it’s estimated the world’s population will reach 9.1 billion by 2050, which will in turn rise food demand by up to 70%. the planet’s nations are already facing extreme challenges in the business and practicalities of feeding their peoples, made worse by an increasingly agitated, erratic global climate. society’s dependence on fossil fuel technologies, paired with a universally homogenized palate will inevitably be our downfall. moving forward, horticulture needs to focus less on increasing production, and more on minimizing imports, preserving land, and educating citizens on localized, self-sufficient solidarity. 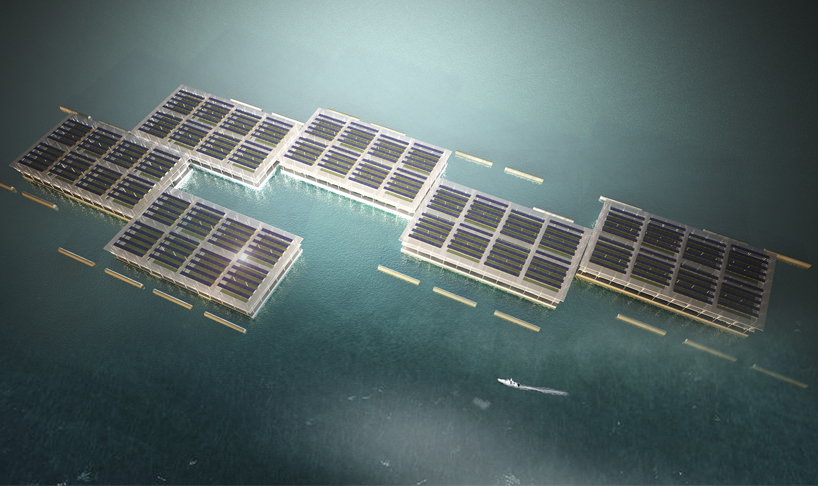 javier f. ponce of forward thinking architecture, in collaboration with jakub dycha, conceptualized ‘smart floating farms’ as a vision to the future of agribusiness. the concept is a commercially-viable off shore farming alternative, which would work in tandem with traditional growers to produce families with fresh, organic goods. the semi-automated, sustainable system will, they hope, drive communities towards healthier diets — the concept doesn’t include production of red meats or poultry; as well as decrease environmental destruction, and aid in food security and resilience.

the modular, three-story system combines a range of facilities, including aquaculture and hydroponics, with a roof-level covered in photovoltaic panelling. the bottom (zero) level is fully-closed to the outdoors, and is comprised primarily of fish farming operations, as well as external wave barriers and protection, boat docking points, storage, processing center, desalination plant, nursery and packaging/shipping areas. cages, which are grid-based for efficiency, are placed between main pathways, and are further split into smaller units. this — with supplemental help from the nursery — works to maintain a steady flow of fish year-round, by allowing groups to grow to maturity before slaughter. ‘SFF’s’ main enclosures have an area of 19.124m3, for a total of 133.875m3 dedicated space. 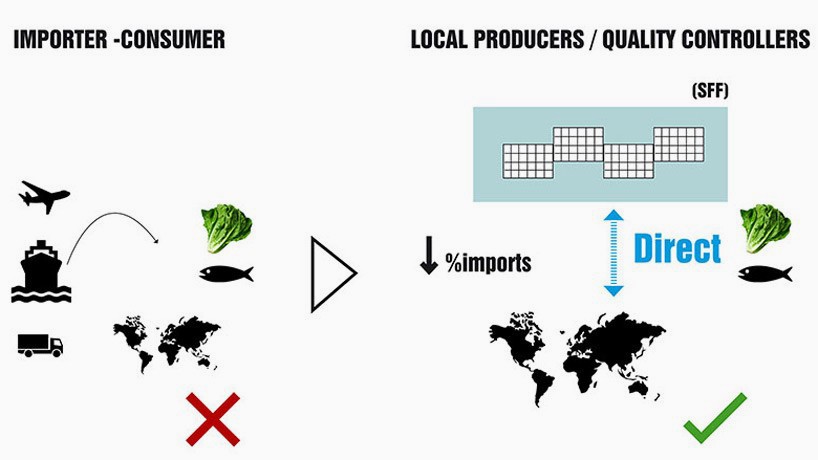 above fishing operations is a floor of automated hydroponics. the system utilizes nutrient-laden water rather than soil to nourish plants. it requires no natural precipitation or fertile land, and can be very effective using only treated water reserves produced by the on-board desalination plant. monitored re-use of H2O prevents eutrophication — excessive plant growth by overabundant access to nutrients — and eradicates agricultural run-off. the method doesn’t require pesticides, and can be stacked to limit space. 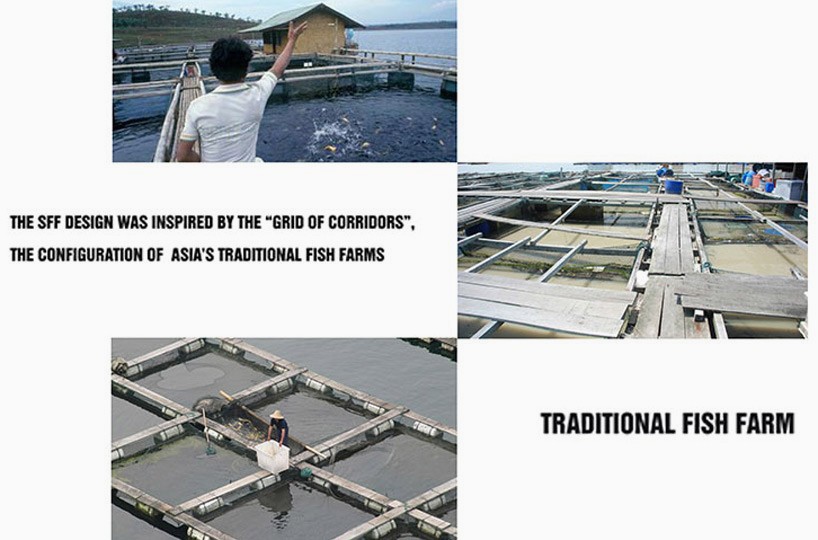 the ‘SFF’ uses ‘A’ style growing frames and standing aeroponic walls to grow various leafy greens and vegetables. with the use of nutrient-heavy water, they can be grown in a soil-less medium such as rock wool, coconut wool, or clay. the roof top solar plant — level three — was conceived to supply the various fans, misters, microclimate controls and irrigation tools with power and can also potentially be stored for future use. to deal with waste, multiple biogas/bio-digesters will be integrated into the floating mass. these will collect organics to produce fertilizer, and recycle water and energy to complete the circular cycle. in total, the growing floor has a total of 51,000m2. 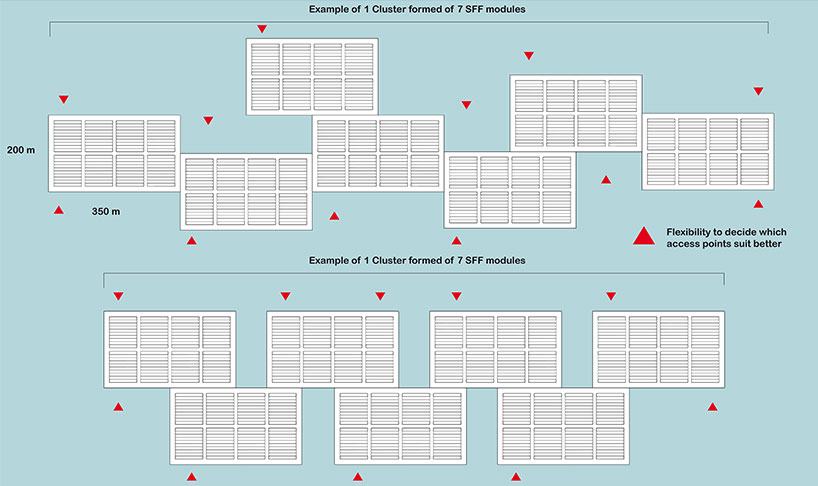 as result of the various integrated elements, the ‘SFF’ is able to produce 365 days a year, autonomous of events happening on the main land, including natural disasters. without the threat of losing crops to droughts, floods, pests, or increasingly frequent super-storms the farm can act as an insurance policy for a continuous food supply. preliminary cost-benefit and feasibility studies have predicted that the initial investment in the ‘SFF’ project could be paid back in less than ten years. it drastically reduces fossil-based emissions by not using farm equipment like tractors or plows, and shipping can be minimized to a single morning and evening passage that simultaneously transports workers. in terms of the future of humanity and life improvement, drastic steps need to be taken to close the distance between production and consumption; and possibly ‘smart floating farms’ could do just that. 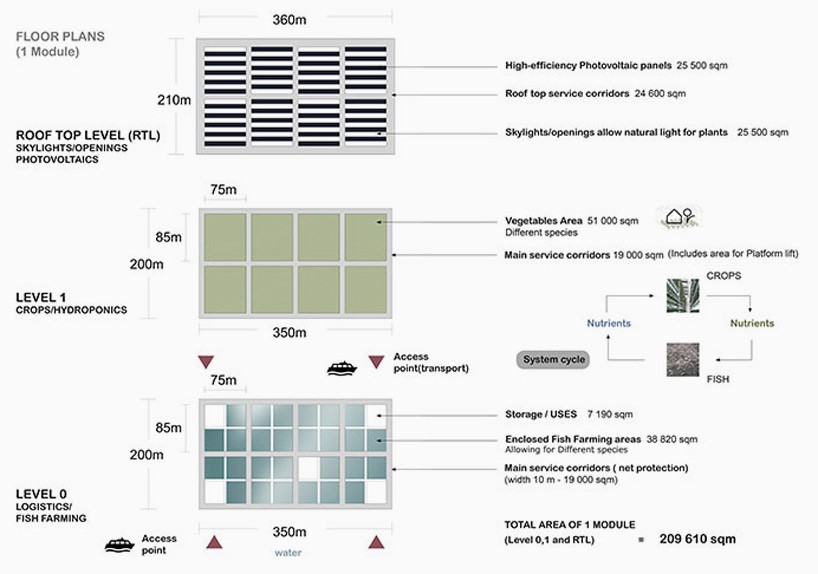 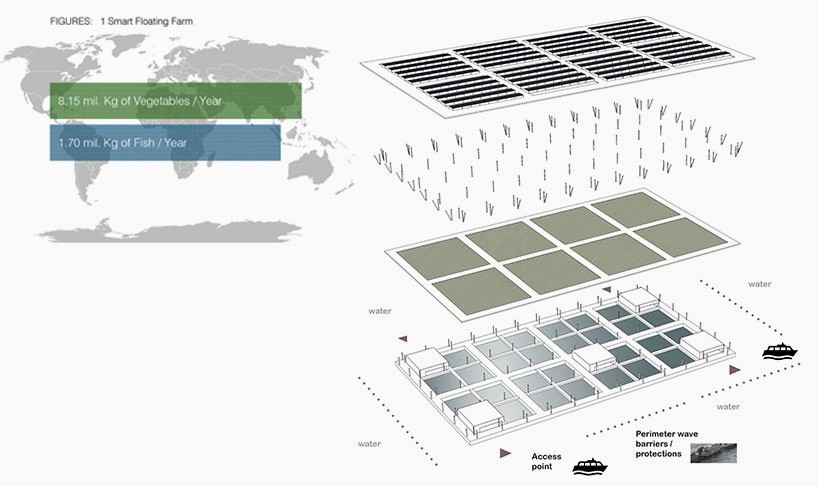 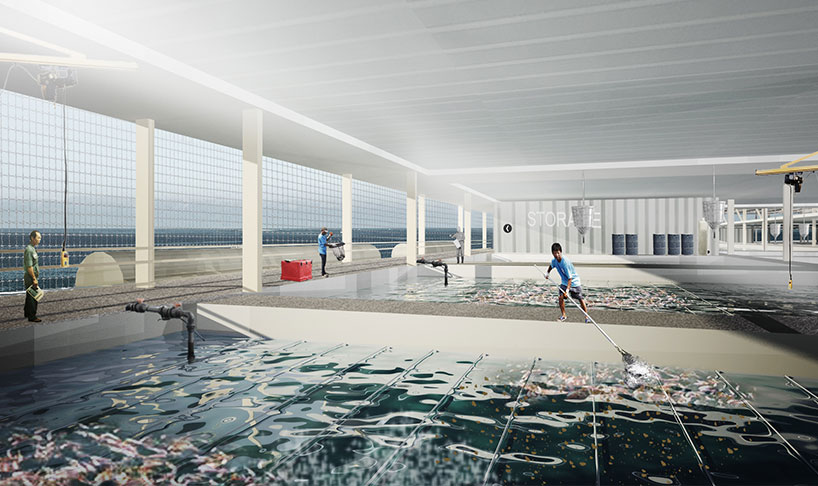 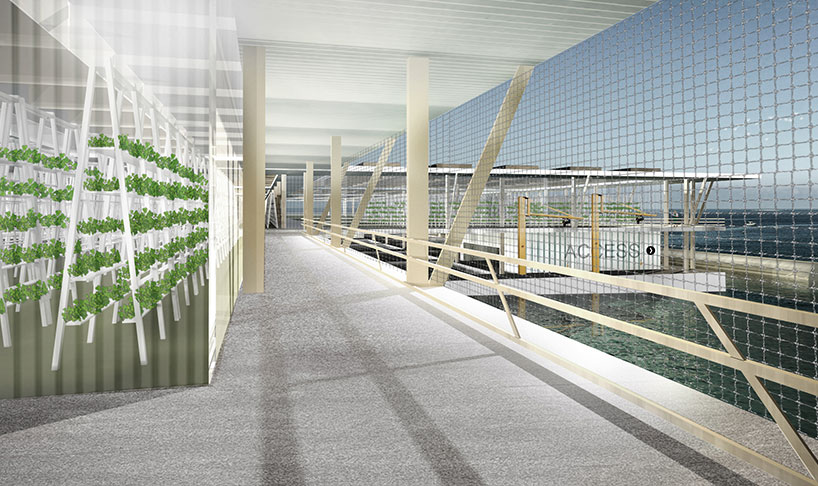 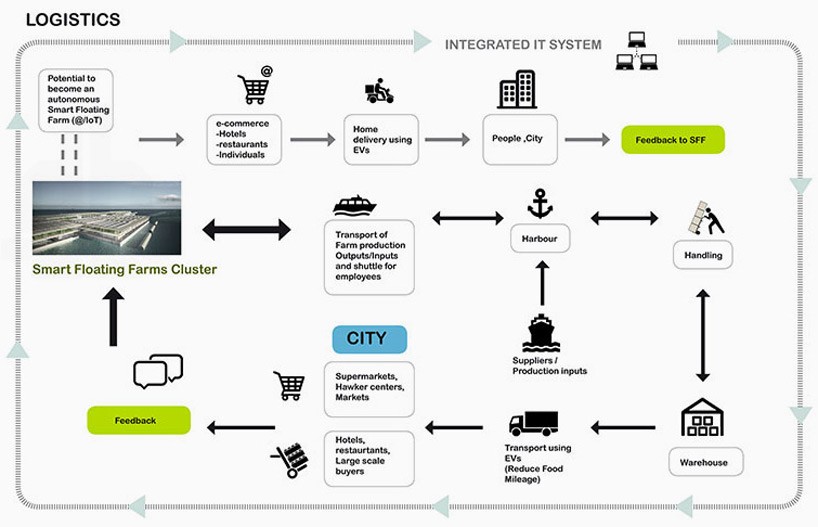 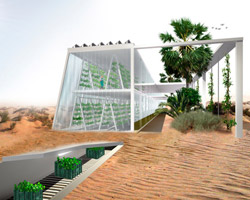