in 2012, designboom covered the first prototype stage of american electrical engineer scott brusaw’s system of solar powered roads. conceived as an initiative to change the face of national highways by re-purposing them with photo-voltaic panels, the idea for ‘solar roadways’ was to introduce smart streets capable of directly inputting energy into ‘the grid’. if realized, the concept could essentially power an entire country with the generated electricity.

to learn more, or to help fund the project, see the indigogo project here. 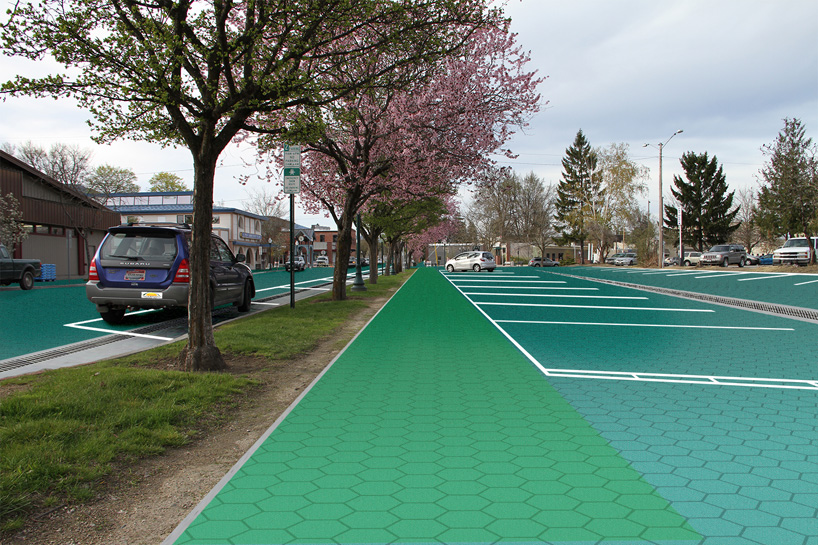 artist’s rendition of a sidewalk/parking lot application in sandpoint, idaho

now in it’s second prototyping stage, the project has been further developed as a modular photovoltaic (PV) paving system that can withstand the heaviest of trucks – up to 120,000 kilograms. the plan would see the ‘solar road’ panels installed on highways, parking lots, driveways, sidewalks, bike paths and even playgrounds. 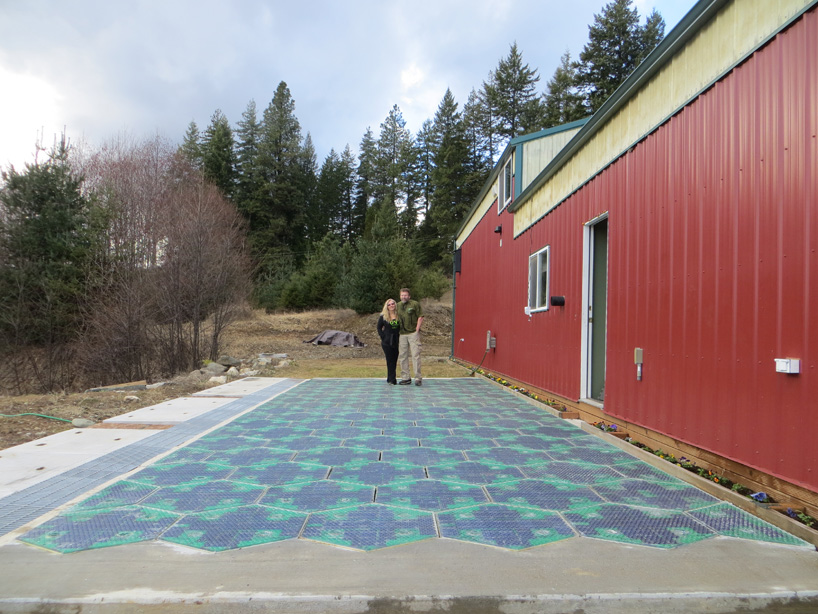 the system is based on centralized power stations, and distribution is handled through transmission lines and relay centers. each panel has its own microprocessor, which communicates wirelessly with the surrounding panels – they monitor each other for malfunctions or problems. 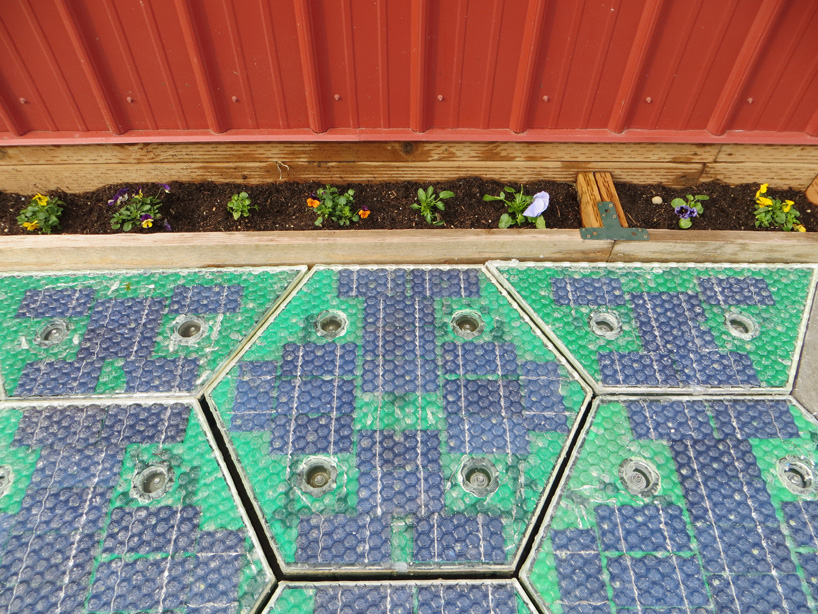 excess power produced by the system can feed surrounding neighborhoods 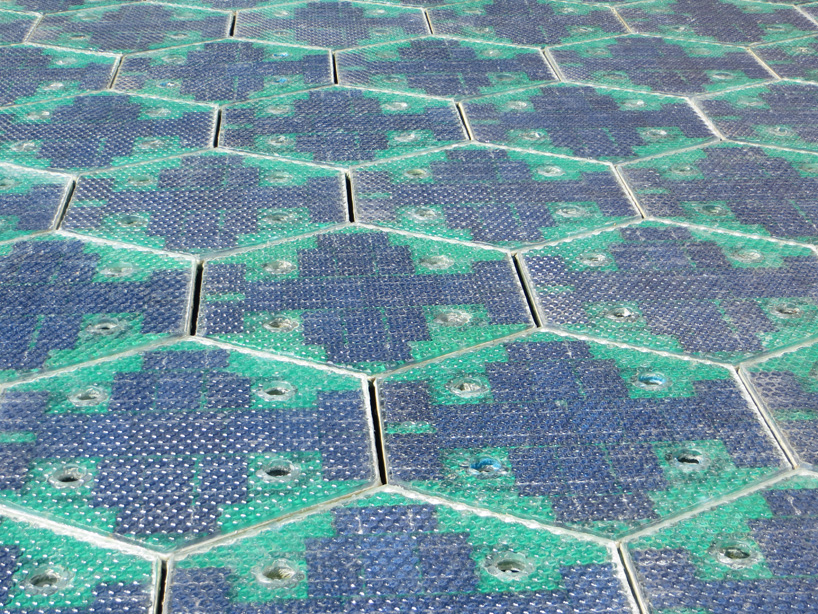 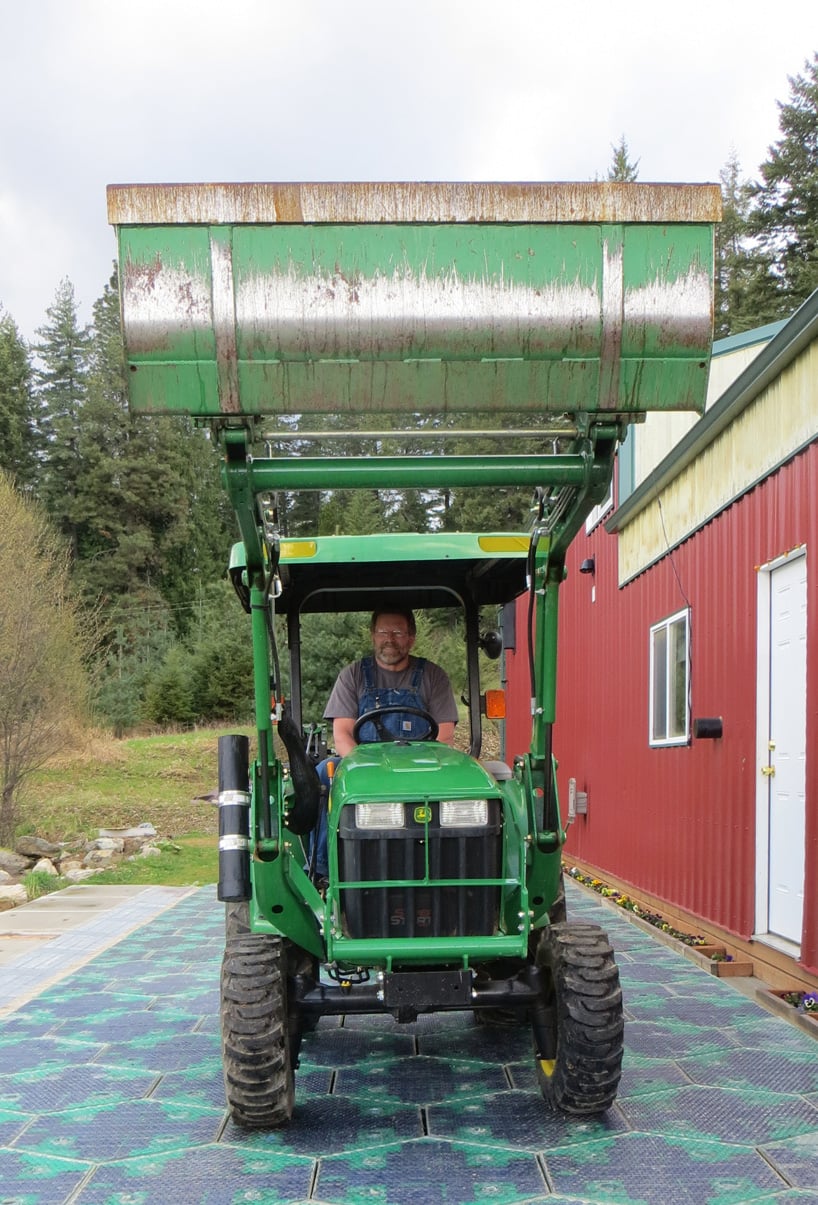 the panels can withstand the heaviest of trucks – up to 120,000 kilograms

electric vehicles will be able to charge with energy from the parking lots and driveways, and after a roadway system is in place, mutual induction technology will allow for charging while driving.

testing loads with a tractor 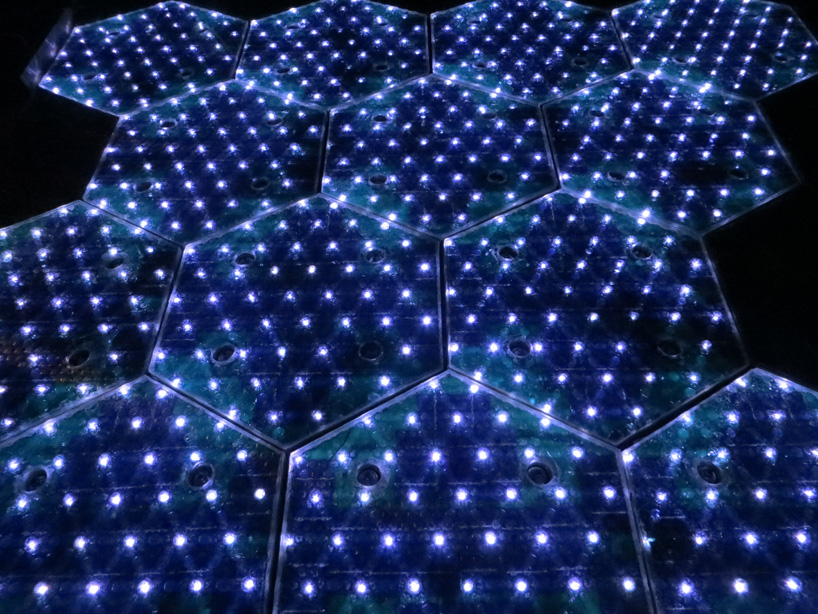 the LEDs can be programmed to dimmed or even turned off 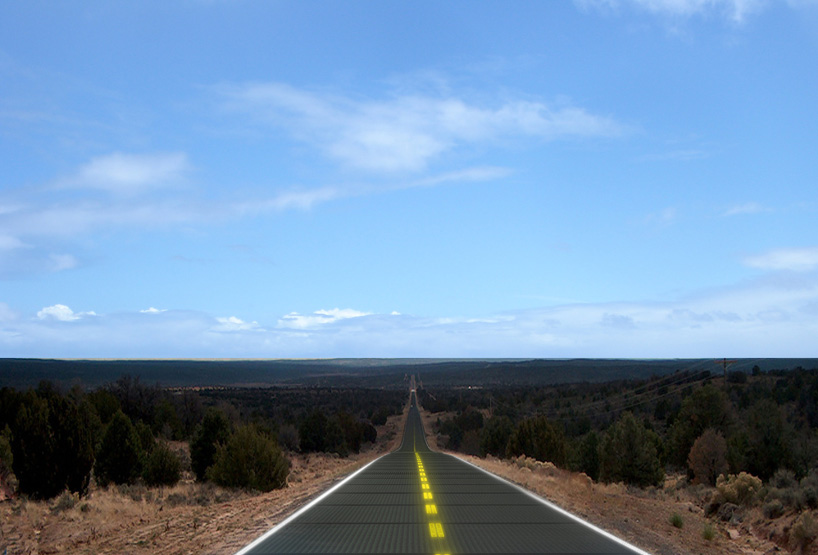 render from the original concept in 2012
image courtesy dan walden

the panels are even pet friendly