‘snackbot’ is a robot currently being developed by carnegie mellon university professors sara kiesler and jodi forlizzi along with paul rybski. the trio received funding in may last year to develop a social, snack – selling robot to travel the university halls. snackbot is intended to bridge the gap between social robots that interact with people in a natural way but often are immobile and autonomous mobile robots that can move around but generally are not social. a prototype was released in july 2008 and a fully operational model is expected in mid january. here are some images of the snackbot’s progress. 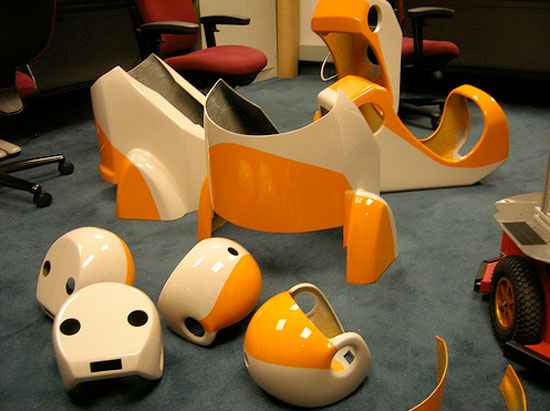 housing ready to be assembled 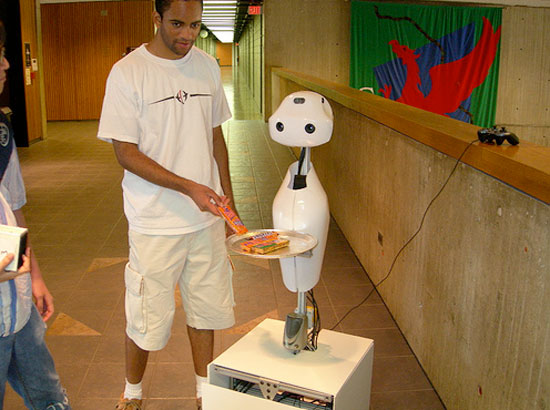