Following our recent round-up of 2022’s most impactful renewable energy solutions, it’s safe to say that ‘green power’ is taking giant leaps forward. Beyond offering cleaner alternatives to fossil fuels, the latest innovations are also honing in on accessibility, adaptability, and flexibility across different industries — namely agriculture, architecture, and transportation.

Exemplifying this evolution in the renewable energy sector are solar films, a relatively new product being developed by European firms like the German brand Heliatek and the French enterprise Solar Cloth. While existing solar panels provide an excellent source of clean energy, their rigid framework prevents them from fitting on most surfaces — leaving ‘almost 98% of all global available rooftop surfaces […] not used for solar power generation. There is a huge locked potential that we can now access with our solar films,’ writes Heliatek.

Flexible, lightweight, and easy to install, these malleable ‘panels’ are doted with the same performance as traditional solar structures and take on interesting variations. 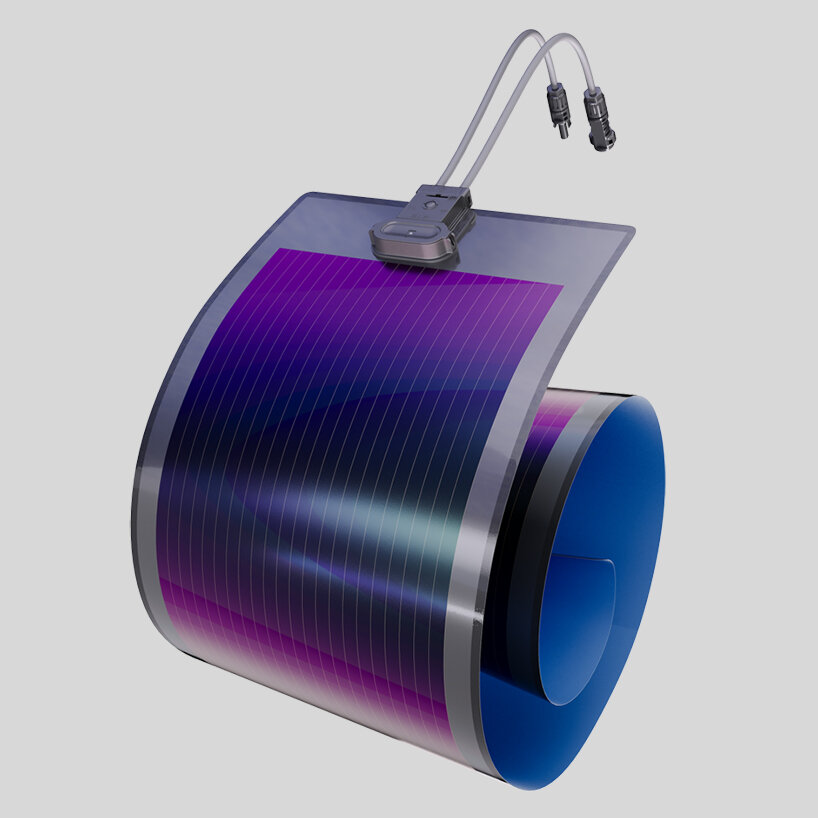 Since 2017, Heliatek’s ready-to-use film, HeliaSol, was already being installed on buildings across the country and the world. From a school to a wind turbine tower and logistic facility, the product can clad façades or become part of the roofing structure, covering up many more surfaces than traditional panels can and, therefore, generating more energy by the day.

Designed like a sticker, the solar film is ultra-thin, flexible, and customizable, weighing only a few grams. It can be set up in just a few hours across large surfaces. Performance-wise, the film can generate 85W/sqm and leaves an ultra-low carbon footprint of less than 10 g CO2e/kW. This makes it one of the greenest clean energy solutions out there. ‘The electricity generated from our solar films is 50 times greener than the grid mix and 100 times greener than coal-fired electricity generation,’ continues the German brand. 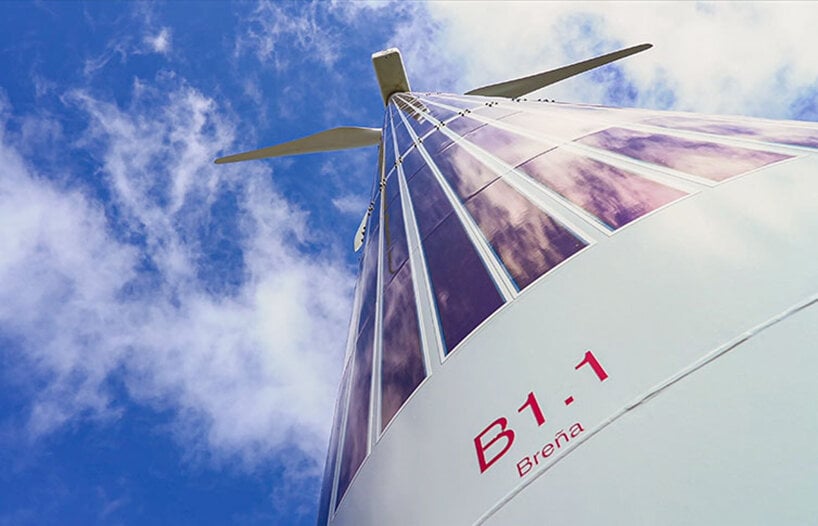 To produce the film, the company resorts to organic photovoltaics (OPV) technology, whereby light is converted into electricity using semiconducting materials. ‘The organic stack in our solar films consists of many individual layers but has a total thickness of only less than a thousandth of a millimeter. As a result, our solar films have unique properties: They are ultra-light, flexible, ultra-thin, and truly green. This makes them the perfect choice for all surfaces and applications where conventional PV modules do not fit, additional cost for mounting structures is required, or building codes do not allow it,’ explains the firm.

In addition to HeliaSol, the German brand has released HeliaFilm, a stick-on roll of film that is equally light and flexible. Its applications are virtually limitless as it can adhere to glass, concrete, and metal. Heliatek is especially interested in developing Heliafilm for greater glass integration by playing on color and transparency variations. 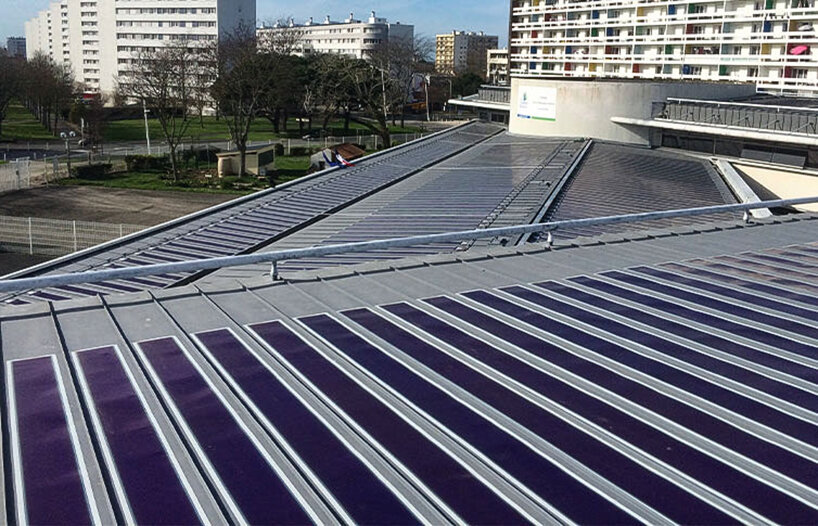 Another brand making headway in this industry is France-based Solar Cloth. In October 2019, the company launched its rollable M170 solar film model with encapsulated cells. Boasting a 0.5 mm thickness and 170W/sqm power, the product can be installed on all surfaces, rounded or straight. Material-wise, the M170 also incorporates photovoltaic textiles — this time, though, created using CIGS (Copper, Indium, Gallium, and Selenium) technology. More so, this technique is highly based on material recycling, adding a greater ‘green’ touch to the company’s invention.

According to Solar Cloth, the CIGS-based technology has generated a 17.2% yield for the first time on a roll-up textile base, with lower production costs. 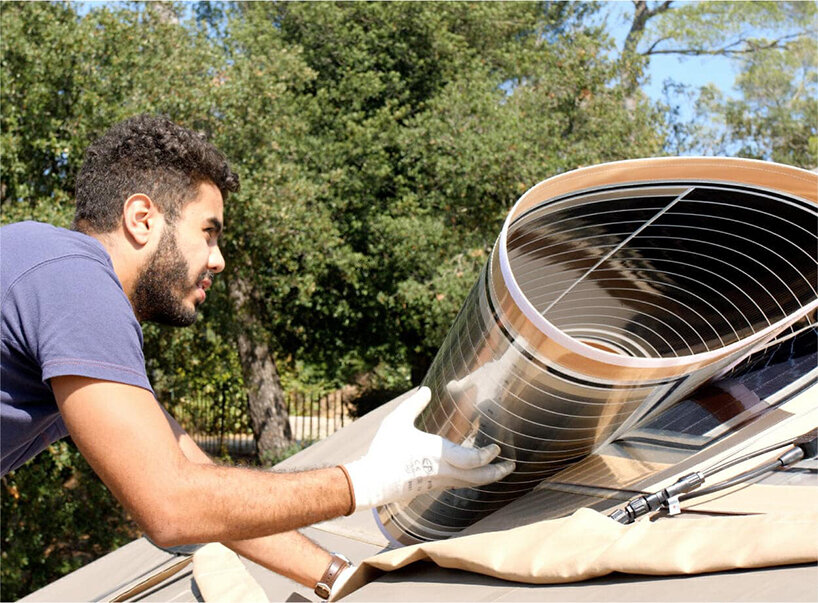 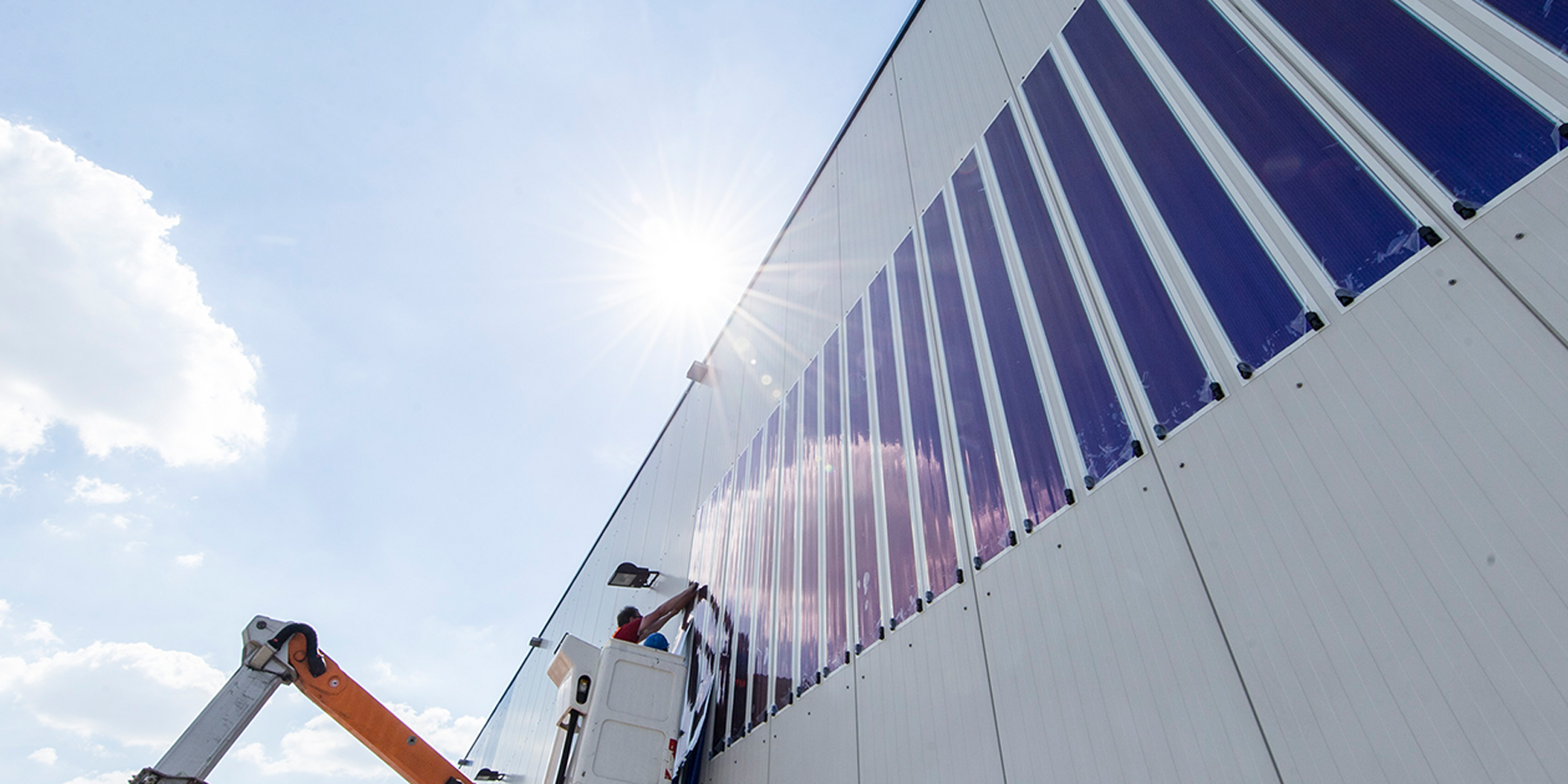