from plant waste to panels: solar energy on a cloudy day

we’ve all heard the common critique of solar power, ‘what happens on a cloudy day?’ electrical engineering student carvey ehren maigue is developing an innovative and sustainable answer, recognizing that while reduce some of the sun’s UV rays, they don’t block all of them. dubbed AuReus, this new solar panel harvests the unseen ultraviolet (UV) light which can make it through dense cloud coverage.

according to maigue, preliminary testing shows that the AuReus solar panel can produce energy nearly 50 percent of the time compared to the 15 to 22 percent of standard solar panels. maigue has been named the james dyson awards first-ever global sustainability winner for his aureus system. 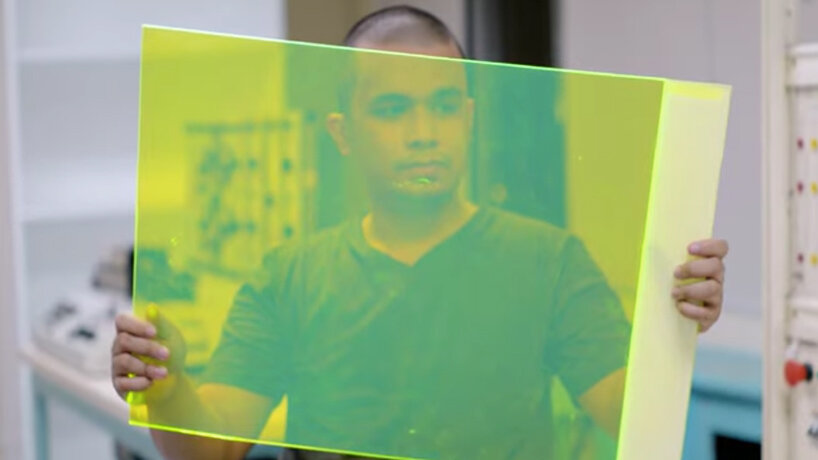 besides producing energy without direct sunlight, the AuReus solar panels (see more here) have a doubly sustainable element — they are created from recycled plant waste. carvey ehren maigue extracts luminescent particles from fruits and vegetables — the particles which absorb the ultraviolet rays from the sun and turn them into visible light. through the use of these absorbent particles, a new type of solar film was created which is able to convey the ultraviolet rays into visible light, generating electricity. 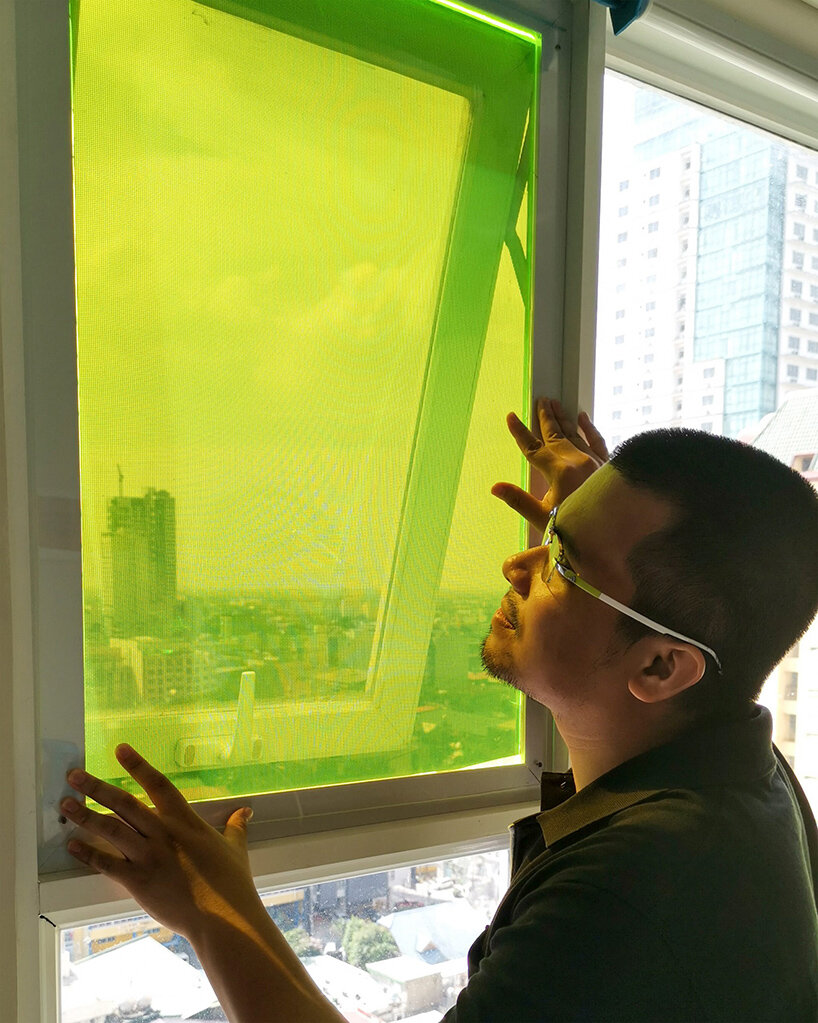 maigue explains that the AuReus solar panels can be applied to windows or facades as a fluorescent covering. this strategy would transform any building into a performative generator or vertical solar farm, capturing uv rays which bouce off of pavements and the surrounding buildings — thus, maximizing the amount of energy generated. maigue has not yet revealed just how much power this technology produces.

the plant waste used to create the Aureus panels are sourced from local farmers affected by climate change-induced weather disruptions. in order to monetize these losses, the rotting crops might be repurposed into untapped solar power. 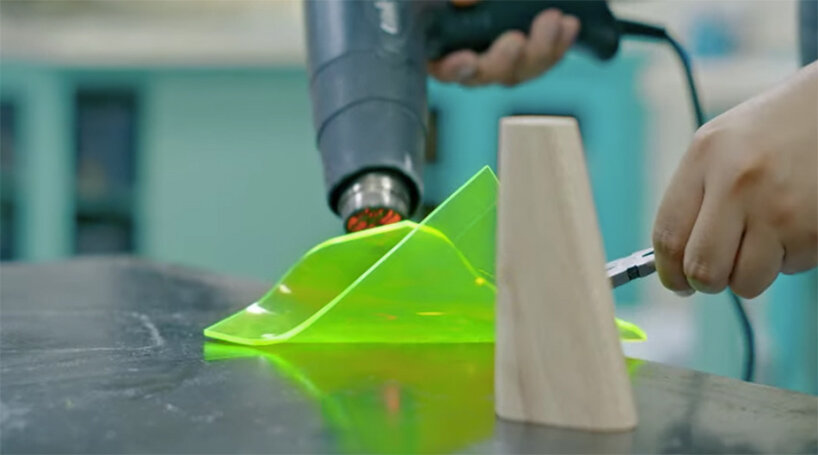 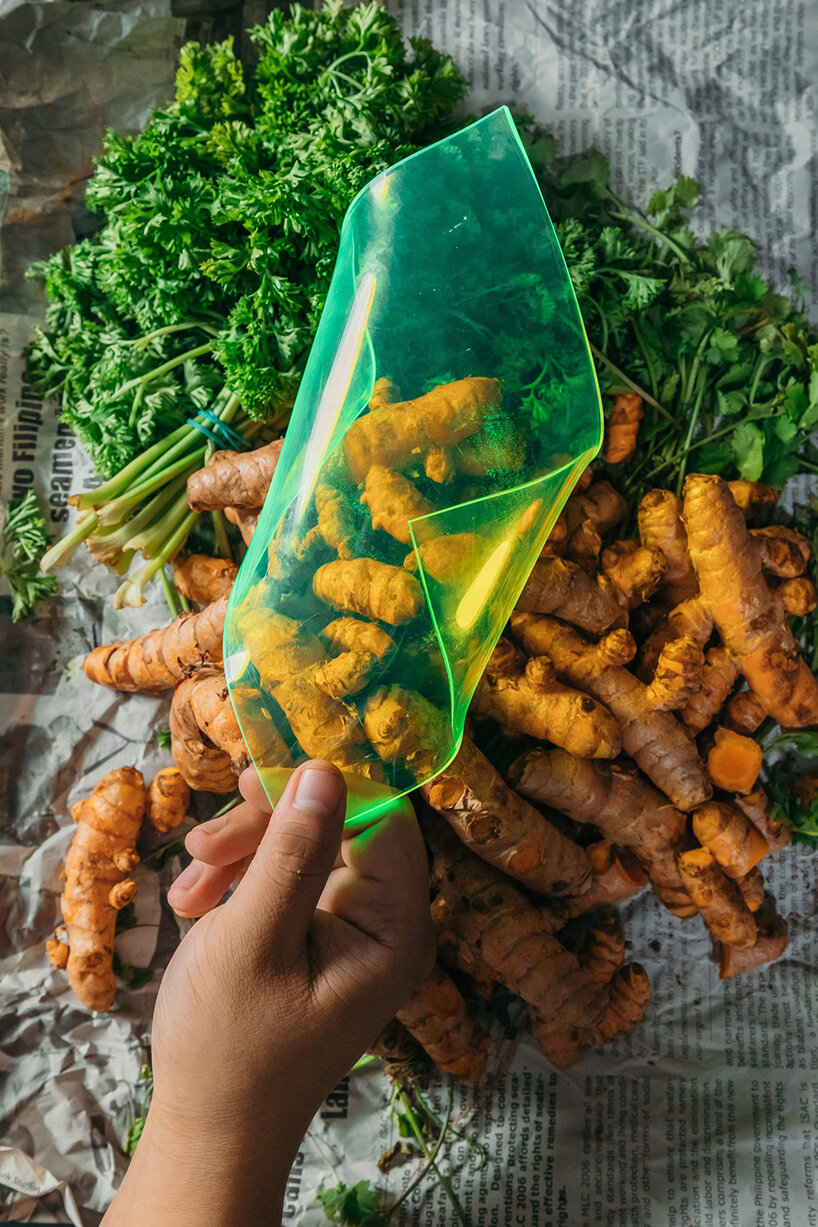 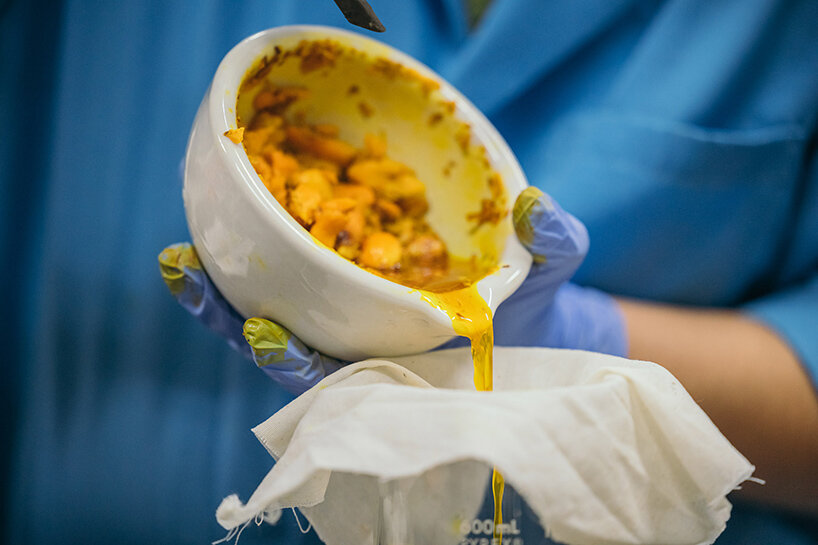 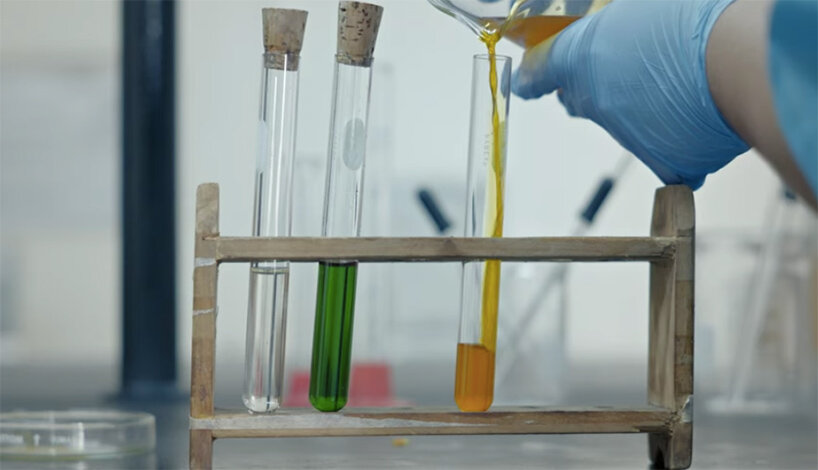 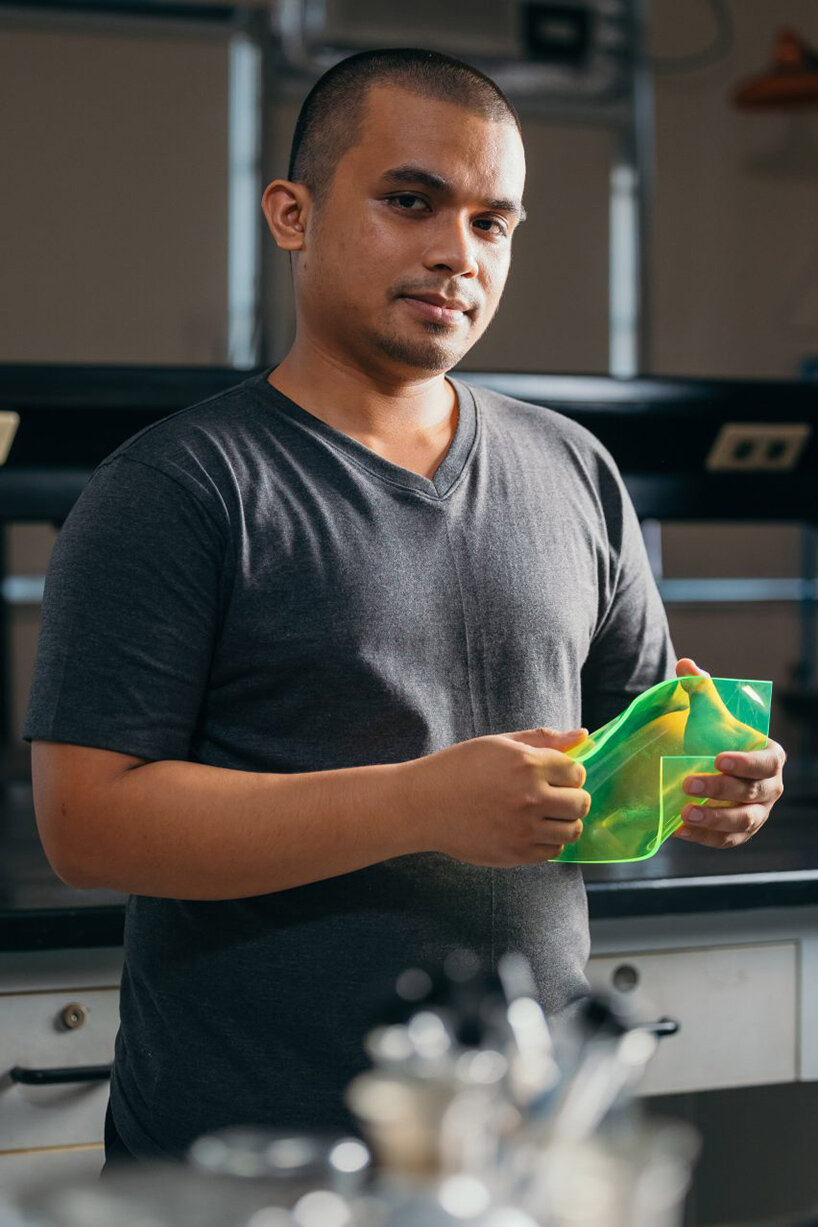 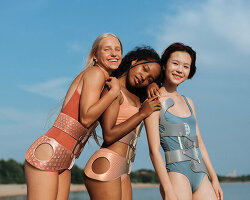 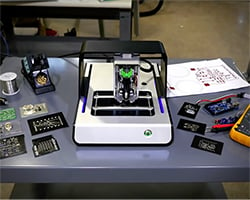 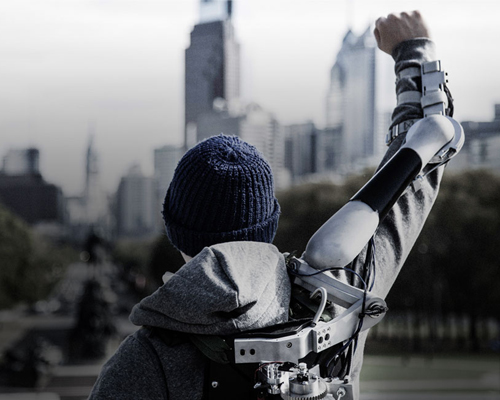 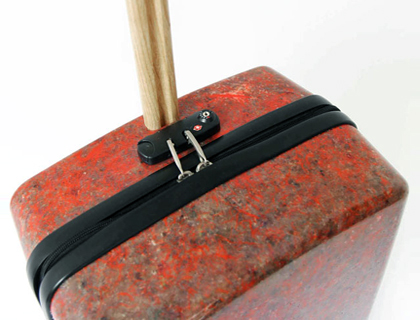