swiss-based drzach & suchy (drzach is an architect in basel, suchy is a cryptographer, software engineer working in zurich) have designed ‘piksol’, a solar cell pixel which enables one to create arbitrary patterns and images on sun facing building facades. it represents a single pixel of an image, so when multiple ‘piksols’ are combined in a desired arrangement, they provide a visual design, while at the same time exercising the capabilities of collecting solar energy. this combination allows for both an aesthetically interesting and environmentally-friendly facade design. 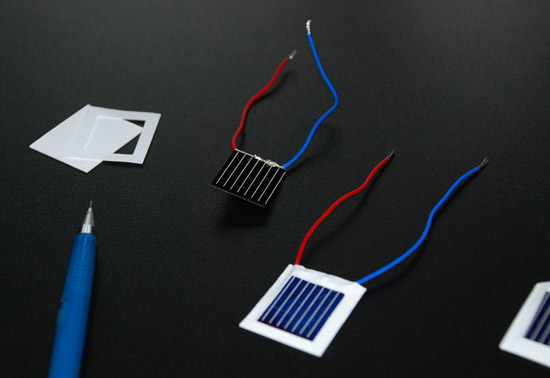 simple prototype ‘piksols’ made of paper and small solar cells

drzach & suchy have built a small prototype of a shadow casting panel which gives you an idea of how the ‘piksols’ could be realized on a facade. 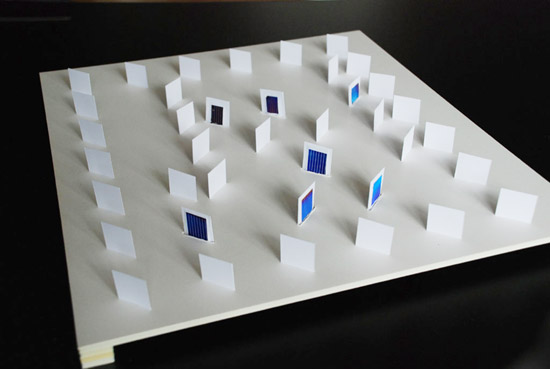 an example of a shadow casting panel containing several ‘piksols’ 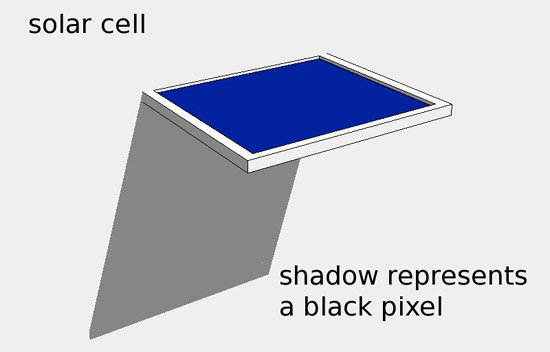 a single ‘piksol’when ‘piksols’ are attached to the facade of a building, they cast a shadow represented in the form of a black pixel of the image / pattern which will be visible. an observer standing in front of a building decorated by ‘piksols’ would not see the solar cells at all. on a cloudy day when there is no direct sunlight the pattern would hardly be visible. 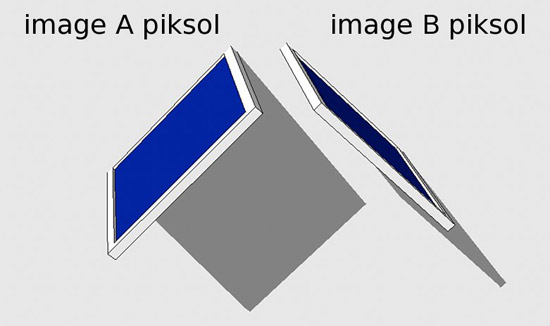 ‘piksols’ as building blocks of a shadow casting panel‘piksols’ used in a shadow casting panel could change their appearance during the day, as the direction of sun illumination changes. for example, in the morning image ‘A’ would decorate a facade, while in the afternoon image ‘B’ would become the visible image (as seen below). 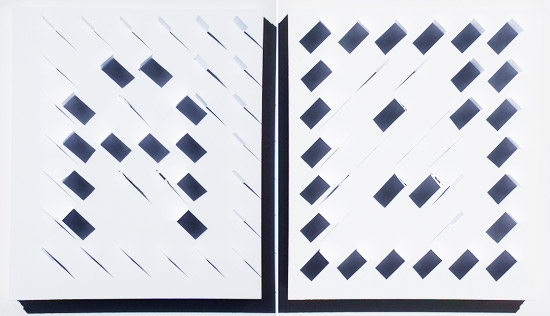 two views of the same panel under different directions of light 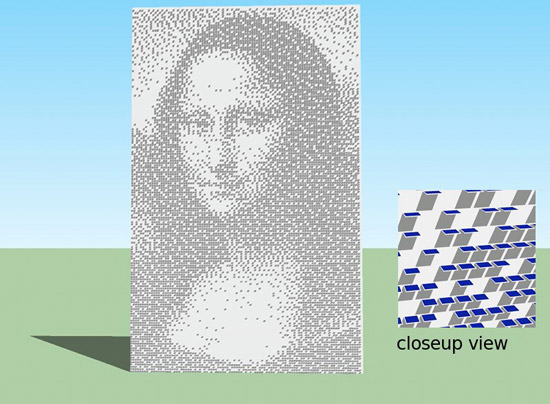 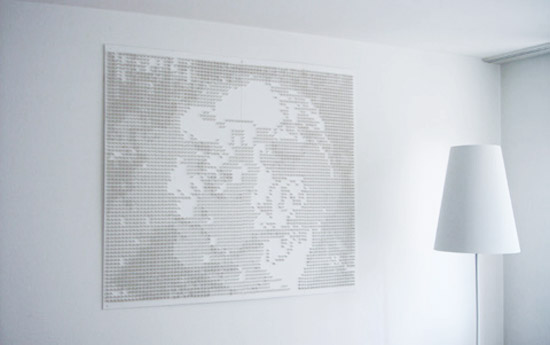