a tiny flying machine that researchers at harvard once called robobee has been freed from its power source, flitting closer to a future that includes autonomous insect drones. a recent demonstration shows the little robot achieving self-powered flight with the help of six tiny solar cells that have been strapped to the device.

the flying robot was developed by noah jafferis and colleagues at harvard university and weighs just 259 milligrams, half the weight of a paperclip. it achieves flight using a set of four wings that flap at a rate of 170 times per second. 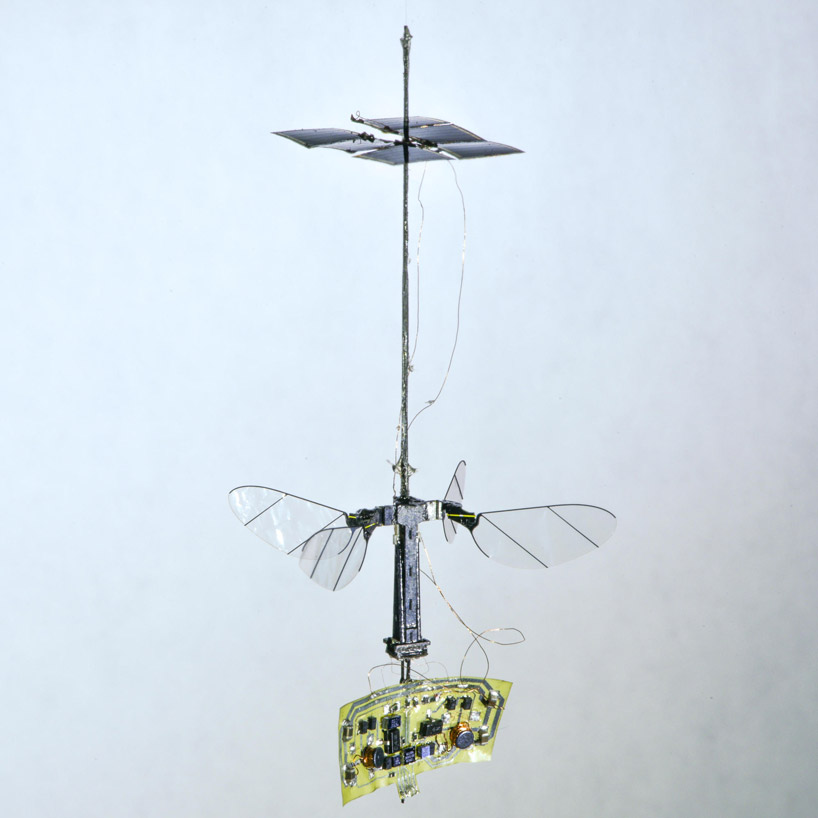 when exposed to light the solar cells power piezoelectric actuators via a stripped down circuit board. voltage then passes through two muscle-like plates that contract to mimic the natural oscillation of a fly. to keep it ultralight, each solar panel weighs just 10 milligrams each.

the robot has only been tested in the lab thus far, where a combination of halogen and led lighting has given it the necessary power. the team is working on developments to enable the robot to fly in regular sunlight. 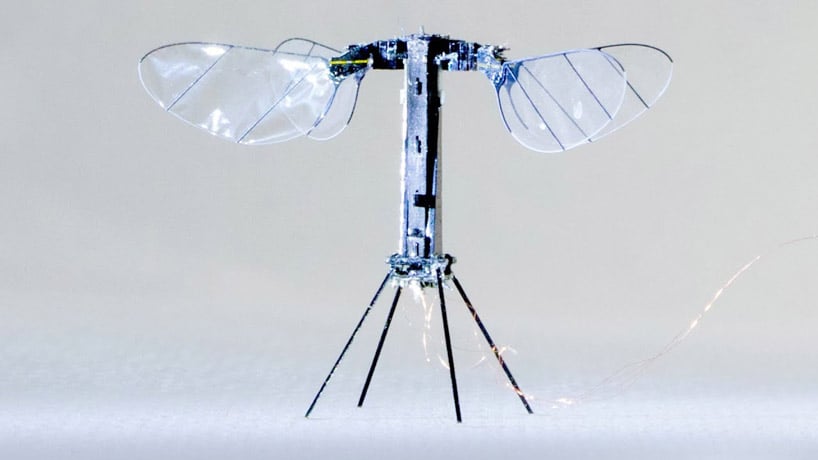 researchers have dubbed the souped up version the ‘robobee x-wing’ and whilst it only achieves independent flight for 1/2 a second, the team believes it could one day be used for monitoring the environment or manoeuvring through small spaces. it is also looking at ways they could reduce the required voltage, further miniaturize the components, reducing the weight and better understand how air interaction with the wings could help optimize lift.

May 14, 2020
'microsculpture' exhibition explores the beauty of insects through detailed photography