a team of MIT engineers have built and flown the first-ever plane with no moving parts – a solid-state, ion-drive airplane which unlike turbine-powered planes, doesn’t depend on fossil fuels to fly. and unlike propeller-driven drones, the new design is completely silent.

up until now virtually every aircraft in the sky has flown with the help of moving parts: propellers, turbine blades, and fans, have helped to achieve airborne status since the first airplane took flight over 100 years ago. powered by the combustion of fossil fuels or by battery packs they produce a persistent, whining buzz, signalling its presence. the 5-lb (2.3-kg) prototype with a 16-ft (5-m) wingspan is powered by an ‘ionic wind’ — a silent but mighty flow of ions that is produced aboard the plane, and that generates enough thrust to propel the plane over a sustained, steady flight. 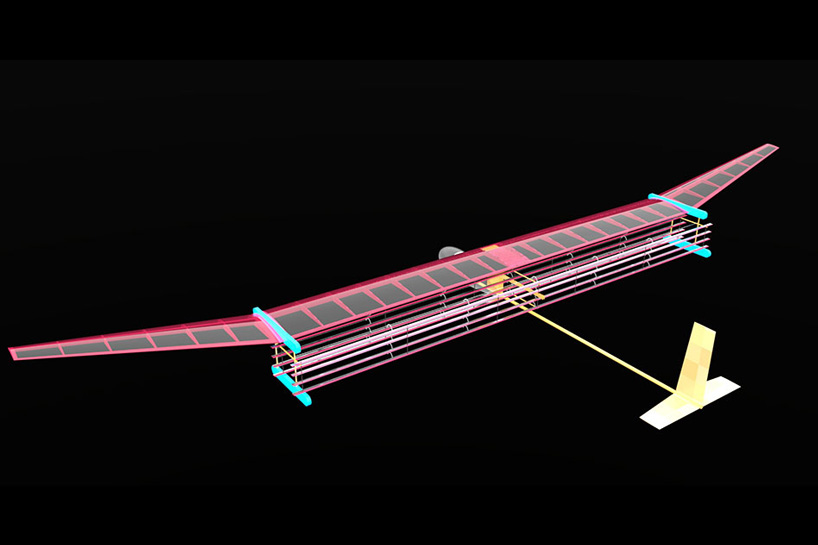 in flight it was able to to maintain steady flight on an indoor course of over 197 ft (60 m) at MIT’s dupont athletic center. the principle it is called ‘electroaerodynamics’ and uses an ionic wind to create thrust. it’s a physical principle that was first identified in the 1920s and has since gained a niche following in aeronautical and hobbyist circles

the basic idea is to build a grid consisting of a series of wires or lengths which are strung like horizontal fencing along and beneath the front end of the plane’s wing. one set acts as a positive electrode and the other as a negative electrode. once the wires are energized, they act to attract and strip away negatively charged electrons from the surrounding air molecules, like a giant magnet attracting iron filings. the air molecules that are left behind are newly ionized, and are in turn attracted to the negatively charged electrodes at the back of the plane. 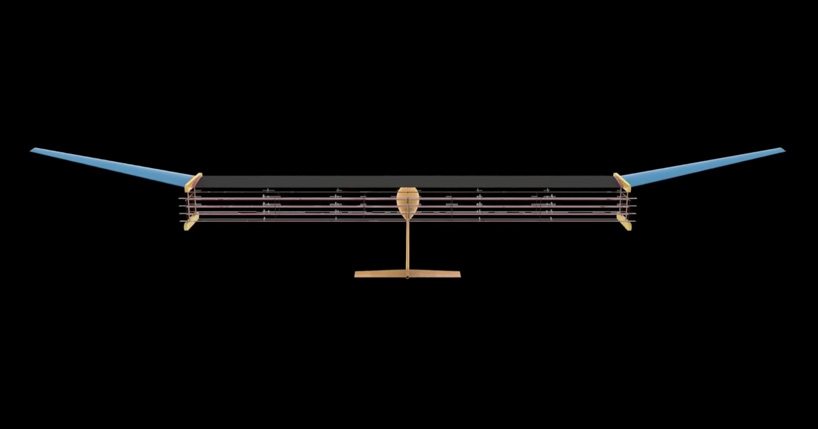 the breakthrough came as a result of steven barrett, associate professor of aeronautics and astronautics at MIT, being inspired by the silent fictional shuttlecraft of star trek. from that he began looking for ways to design a propulsion system for planes with no moving parts.

‘for years, electroaerodynamic thrust has mostly been a hobbyist’s project, and designs have for the most part been limited to small, desktop ‘lifters’ tethered to large voltage supplies that create just enough wind for a small craft to hover briefly in the air,’ it reads in a statement detailing the project. ‘it was largely assumed that it would be impossible to produce enough ionic wind to propel a larger aircraft over a sustained flight.’ 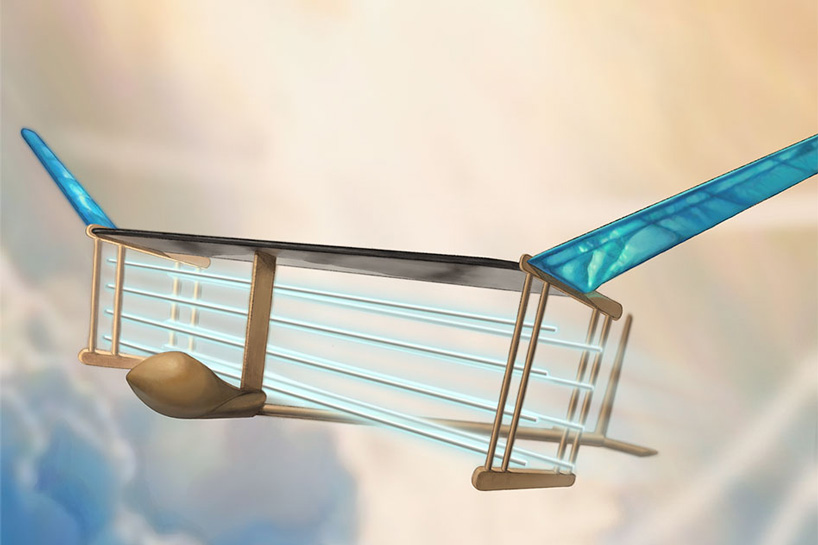 ‘this is the first-ever sustained flight of a plane with no moving parts in the propulsion system,’ says barrett. ‘this has potentially opened new and unexplored possibilities for aircraft which are quieter, mechanically simpler, and do not emit combustion emissions.‘

the team’s final design resembles a large, lightweight glider with an airfoil made up of thin wires toward the leading edge and thicker wires aft. the fuselage of the plane holds a stack of lithium-polymer batteries and an electrical system devised by professor david perreault’s power electronics research group in the research laboratory of electronics to supply 40,000 volts to the electrodes. 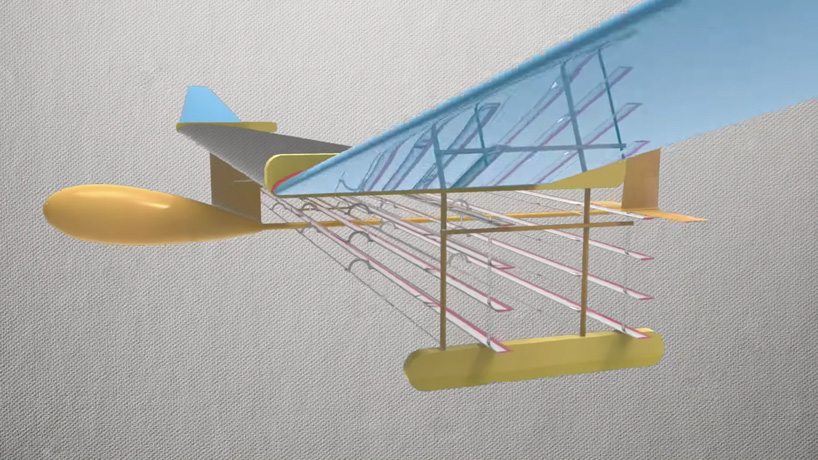 ‘this was the simplest possible plane we could design that could prove the concept that an ion plane could fly,’ explains barrett. ‘it’s still some way away from an aircraft that could perform a useful mission. It needs to be more efficient, fly for longer, and fly outside.’

‘the strength of the results are a direct proof that steady flight of a drone with ionic wind is sustainable,’ franck plouraboue, senior researcher at the institute of fluid mechanics in toulouse, france, who notes that researchers previously weren’t able to fly anything heavier than a few grams. ‘[outside of drone applications], it is difficult to infer how much it could influence aircraft  propulsion  in the future. nevertheless, this is not really a weakness but rather an opening for future progress, in a field which is now going to burst.‘

‘it took a long time to get here,‘ says barrett. ‘going from the basic principle to something that actually flies was a long journey of characterizing the physics, then coming up with the design and making it work. now the possibilities for this kind of propulsion system are viable.’ barrett and his team at MIT have published their results today in the journal nature.