as part of their reintroduction to the wild, lemurs and langurs at port lympne reserve in kent, UK came face-to-face with vivid images of nature projected through the sony BRAVIA X90C 4K ultra HD television. the aspinall foundation, a local animal conservation charity, has installed a series of super-thin screens within primate enclosures to show detailed and lifelike footage to animals who will be reintroduced to protected areas of their natural habitat. the project allowed the two species to see forests from java to madagascar in hyper-detailed quality, potentially helping them familiarize with their future new homes. 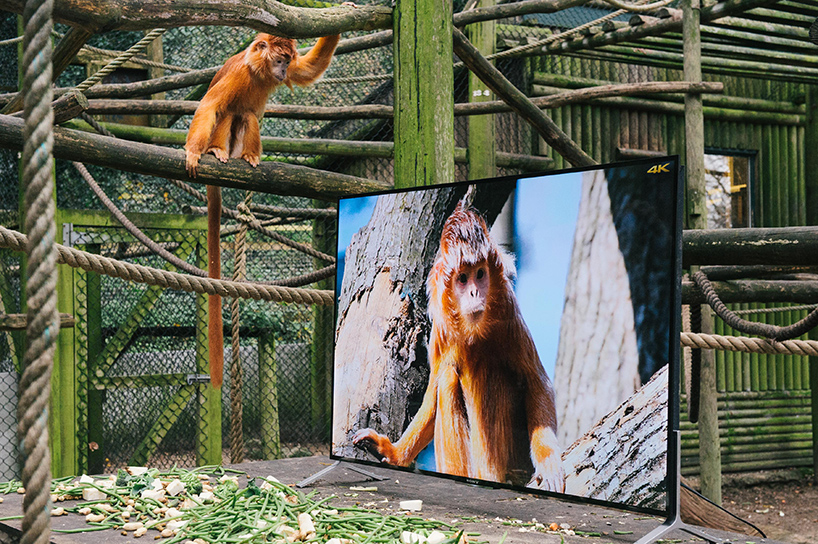 ‘at port lympne, we’re always looking for new ways to engage and stimulate our animals,’ simon jeffery, animal manager at port lympne reserve said. ‘this time we wanted to try something a little different to see if they would be interested in their natural habitats in the wild. while our large enclosures are designed to resemble the animals’ natural habitat as closely as possible, we decided to give our langurs and lemurs an actual peek of areas in the wild that could, potentially, become their new homes. sony bravia 4K TV picture quality is so clear and detailed that it’s as close to seeing the rainforest with your own eyes.’ 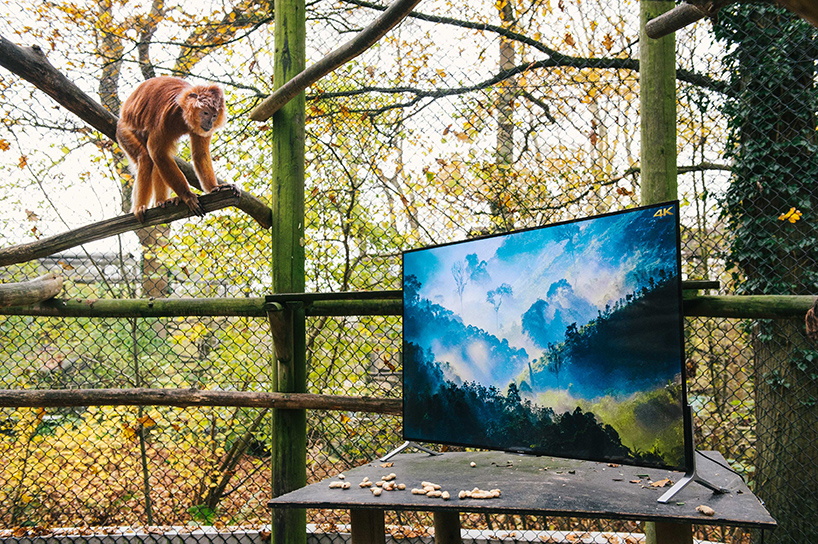 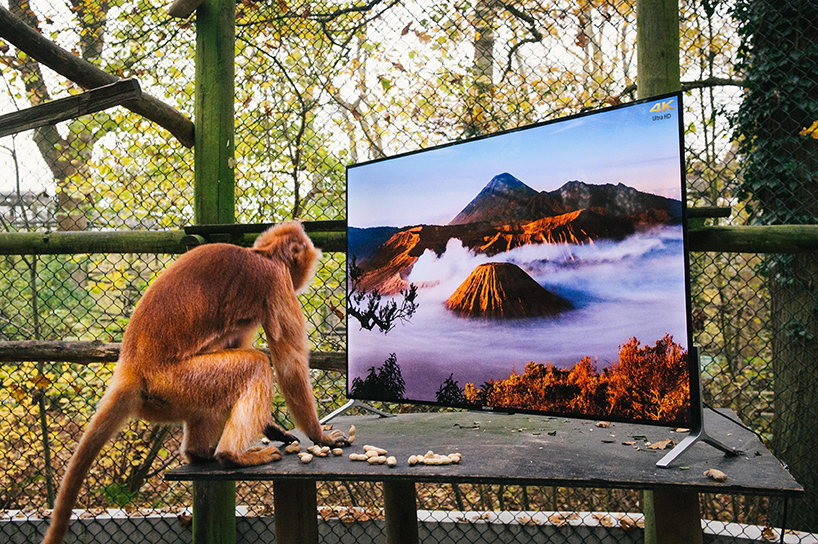 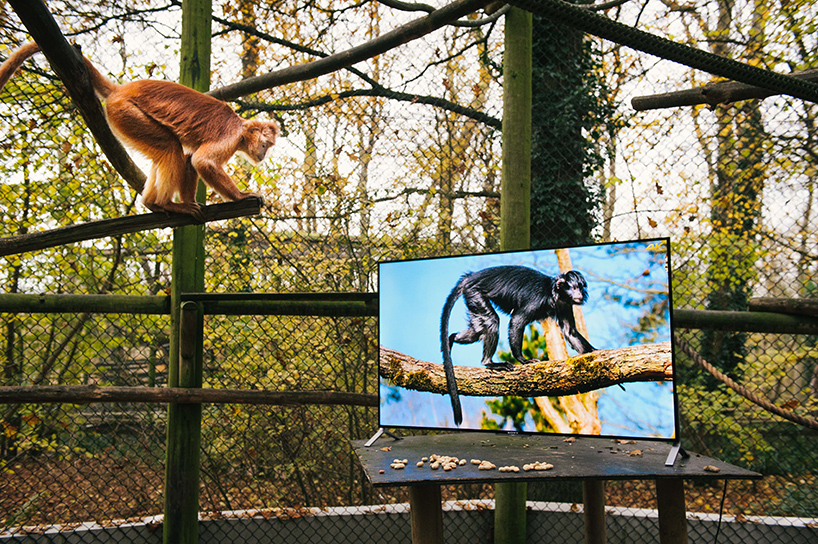 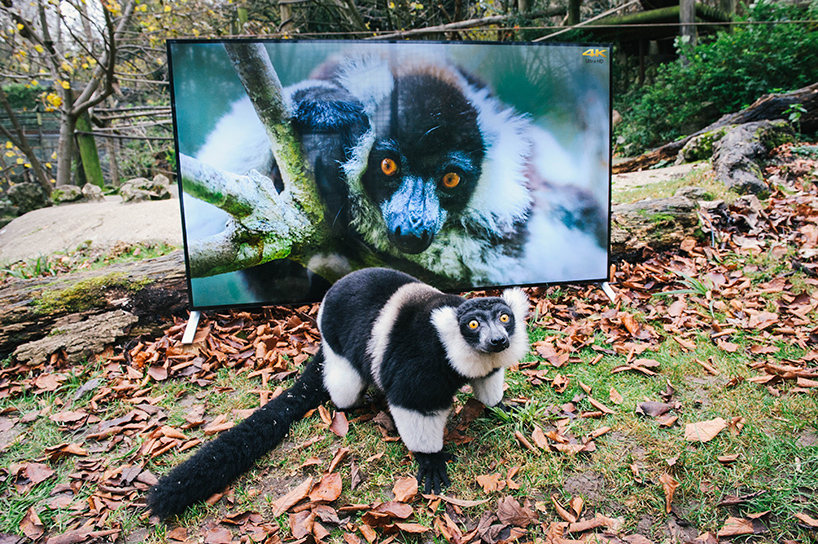 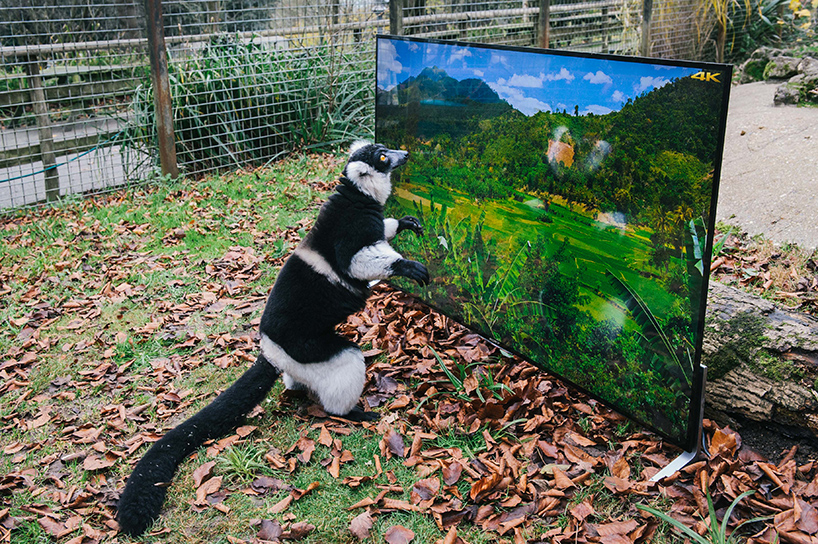 a lemur engages with the TV screen in front of him 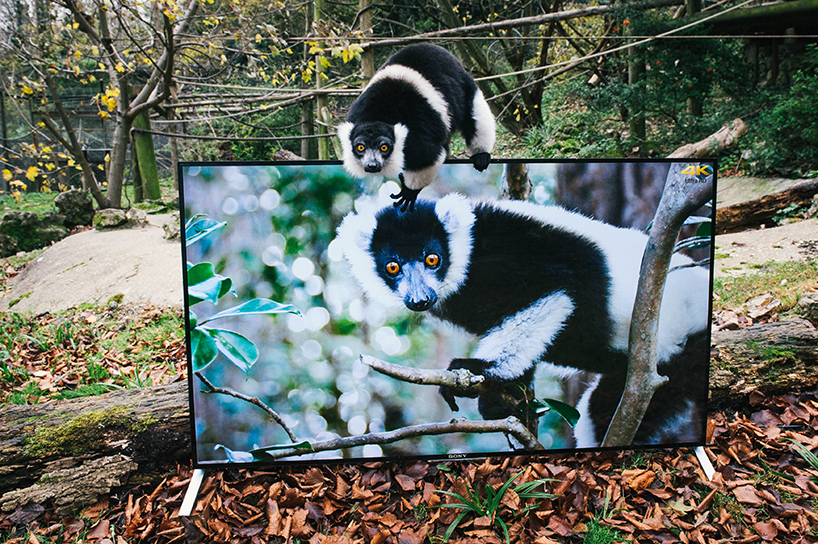 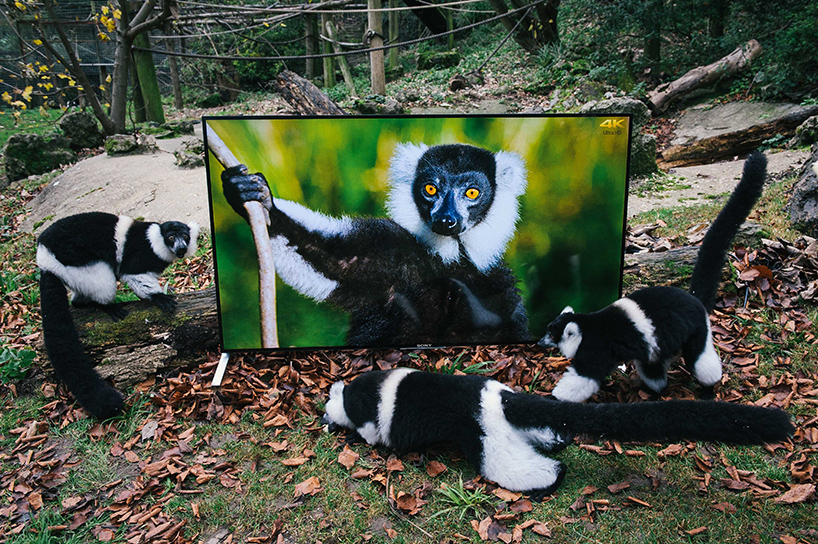 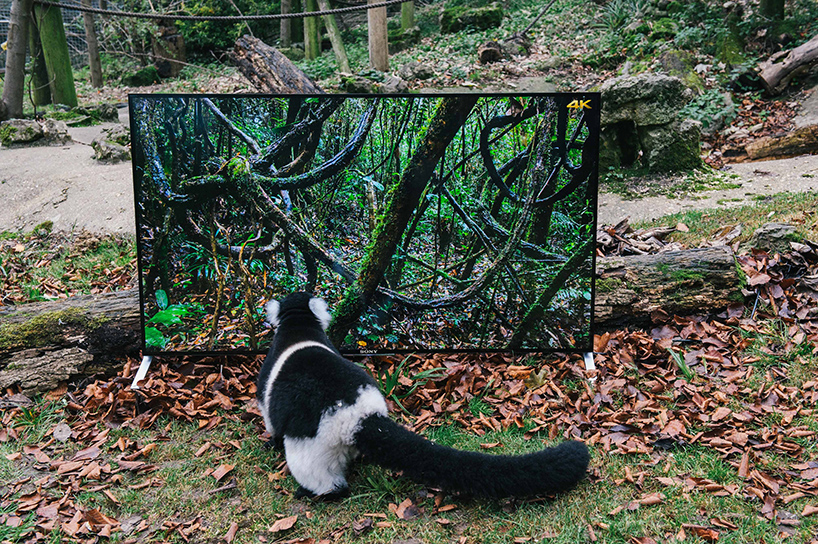