to showcase the range of movies available on the playstation video store, sony partnered with UK-based creative agencies studio output and marshmallow laser feast to create a series of imaginative shorts that were produced in a single take, without any post-production or special digital effects. instead, the teams adapted the technique of projection mapping in a way that permits the effect to be viewed from multiple perspectives, creating a visual representation of the store’s tagline: ‘great films fill rooms’.

the process involves connecting the video camera to a ‘playstation move’, which was in turn synced with ‘playstation eye‘ cameras scattered throughout the set. together the devices track the projection in realtime to adjust the angle and deformation of its effects so that they align with the camera’s viewpoint.

all other effects in the video were produced using traditional film tricks, such as stagehands who bring objects in and out or objects connected to fishing line so that they appear to float. 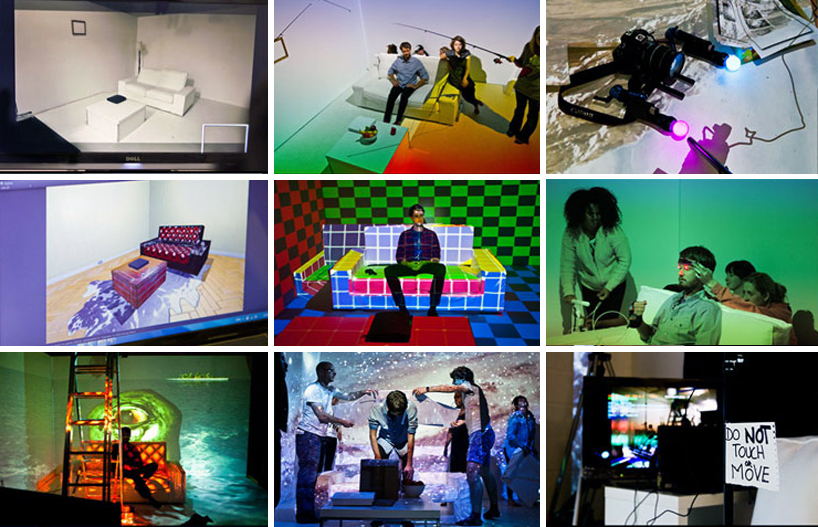