sony has developed a magnetic tape material capable of storing approximately 185 terabytes of information onto a single data cartridge. conceived in a joint collaboration with IBM, the technological breakthrough essentially enables for a recording density of 148 gb/in2 (gigabits per square inch), which is approximately 74 times the capacity of current mainstream coated storage media. according to IT world, ‘sony used a kind of vacuum thin film-forming technology called sputter deposition. the process involves shooting argon ions at a polymer film substrate, which produces layers of magnetic crystal particles. by tweaking the sputter conditions and developing a soft magnetic underlayer on the film, the manufacturer was able to create a layer of fine magnetic particles with an average size of 7.7 nanometers.’ 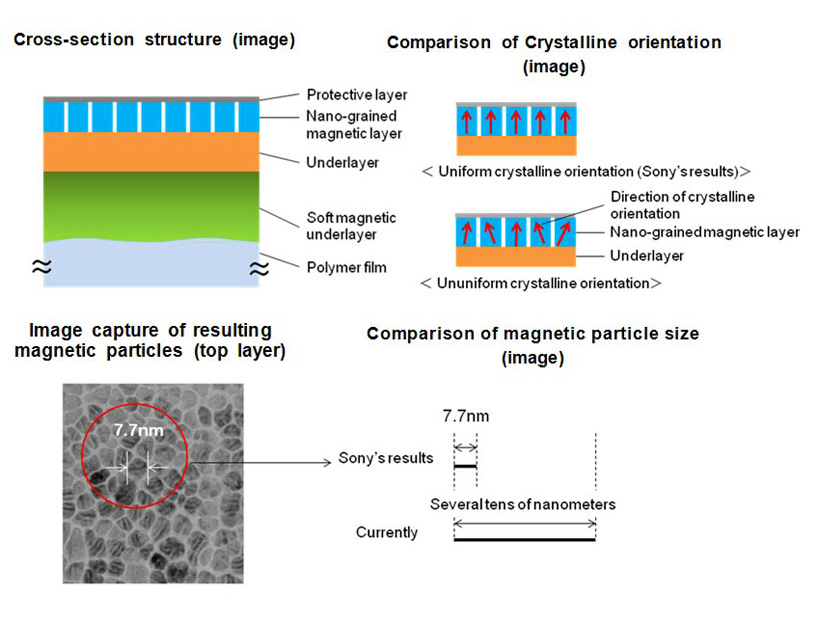