in spring of 2017 a tokyo landmark, the SONY building in ginza, will more than just shutter its doors. having celebrated the 50th anniversary of its opening in 2016 (as well as the 70th anniversary of the SONY corporation’s founding) the building is set to be almost entirely demolished and replaced with something of a unicorn in modern day tokyo — a public park. the ‘ginza SONY park project’ is a multi-phase development plan for the company’s base of operations that will begin with the transformation of the yoshinobu ashihara-designed volume into a wood-clad public square and event space. in advance of this though, SONY is taking a walk down memory lane with a two-part retrospective exhibition, taking a look at the grand history of the corporation and the effect their ideas, experimentations and myriad products have had on both technology and society in japan and beyond. last year, designboom got the chance to visit the exhibition and come face to face with just some of the ghosts of SONY’s past. 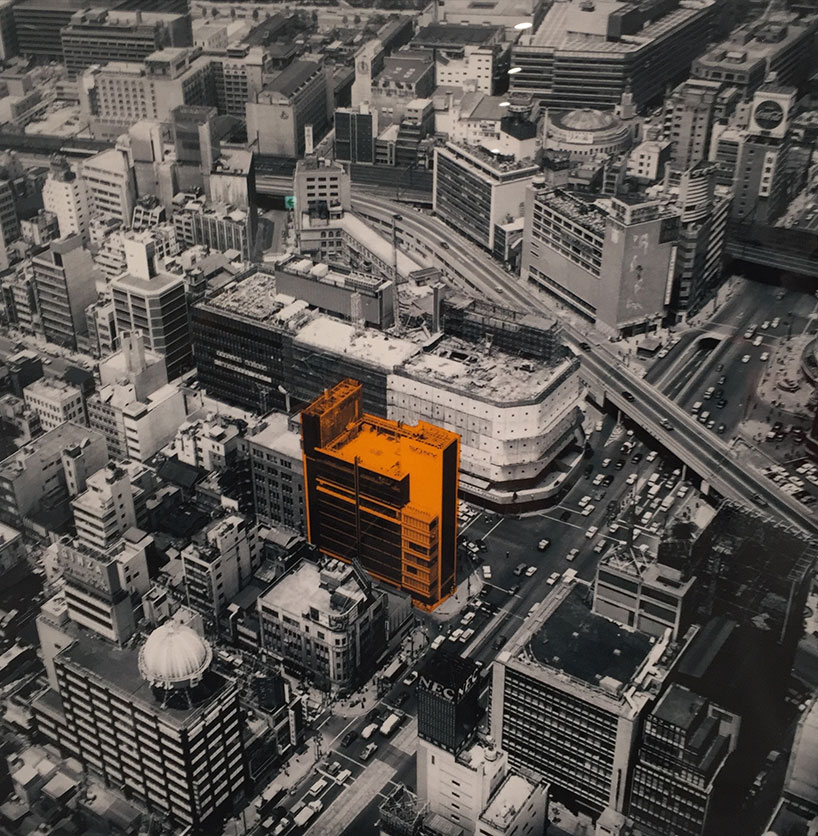 having celebrated the 50th anniversary of its opening in 2016, the building is to be almost entirely demolished
image © designboom

the drastic metamorphosis is set to begin in march 2017, but before SONY gets on with sculpting its future, the tech-giant is taking a look at its past. entitled ‘it’s a SONY’, the exhibition plays out over the building’s multiple floors, allowing guests to wander through aisles of the company’s most famous (and most forgotten) achievements. the rows of retro tech history are home to products, tools, toys and TVs whose brief resurrections tell a vivd story about the household brand. such well-loved relics as the (literally) game-changing PS1, or the japan exclusive PSX will have playstation fans looking fondly back on an age when pixels and polygons were less important than good old gameplay. the first ever bravia television and the little known librie e-reader (a device which predates the kindle by three whole years) also make an appearance, and if you’re a fan of the VR craze of late you might be interested in catching a look at the glasstron PLM-50 — a headset released all the way back in 1996. 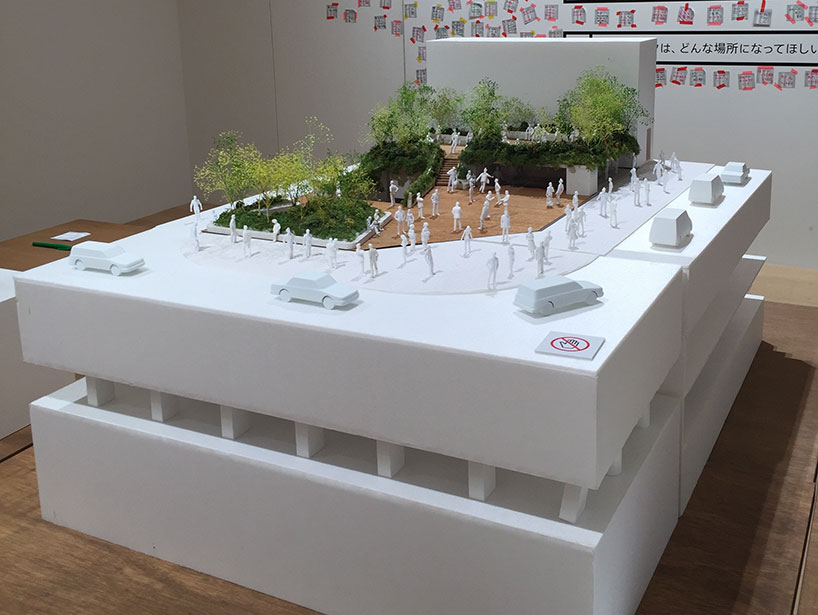 the exhibition runs until the end of march, at which point the redevelopment of the site is set to begin
image © designboom

the exhibition runs until the end of march, at which point the redevelopment of the site is set to begin. tearing down the now ‘out of date’ building and replacing it with a park, SONY intends the green space to be a location where visitors can enjoy unique kando (emotionally impactful) experiences. ‘the ginza SONY park project is an extremely important initiative, and a symbol of SONY’s continued evolution and growth.’ says kazuo hirai, the president and CEO of the corporation. ‘at SONY, our spirit of innovation and challenge is founded on the principles of creating things that have never been seen before, and experiences that have never existed before’.

the concept represents an antidote to the affluent ginza’s aggressive retail environment, and it’s not the first time SONY has done things differently. the location began as a small showroom rather than a retail space, and made evident the company’s ethos of communicating the future by demonstrating rather than telling. the park will be open to guests until 2020, at which point construction will begin on the new building — set to open in the autumn of 2022. 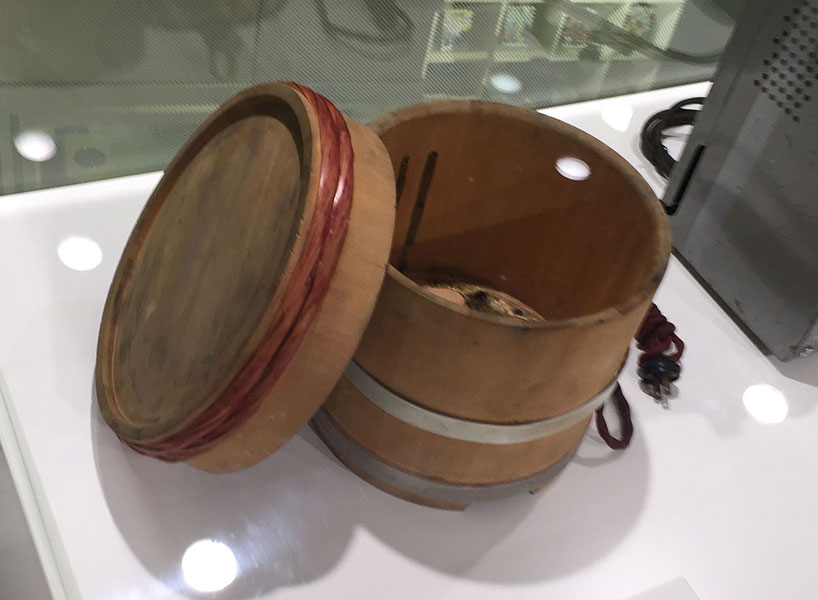 ibuka’s rice cooker was an unfortunate failure, but an important one
image © designboom

SONY’s brand may be fading, but the name still summons images of a specific kind of tech-filled future, a now quaint type of sci-fi speculation that was everywhere in the 90s. but despite its worldwide appeal, the group’s beginning was a humble one. among their first creations — and their first failures — was a simple rice cooker. designed by marasu ibuka (one of SONY’s founders) in post-war japan, the cooker worked by attaching electrodes to a wooden container. the results were less than impressive and most of the time the rice ended up undercooked or stewed to a pulp, but it represented a momentous first attempt by the duo and a dedication to improving every day life that would go on to become the cornerstone of SONY’s MO. 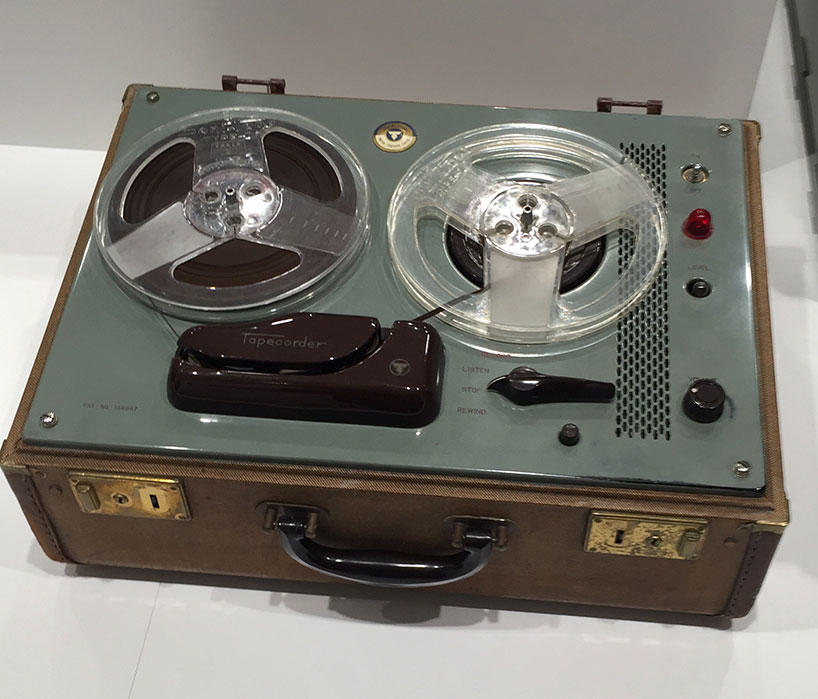 H-type tape recorder (1951)
the first tape recorder for home use, weighing just 13kg. it was the first SONY product by an external designer
image © designboom

sony: a tale of innovation, from the walkman to the playstation 4
video courtesy of business casual 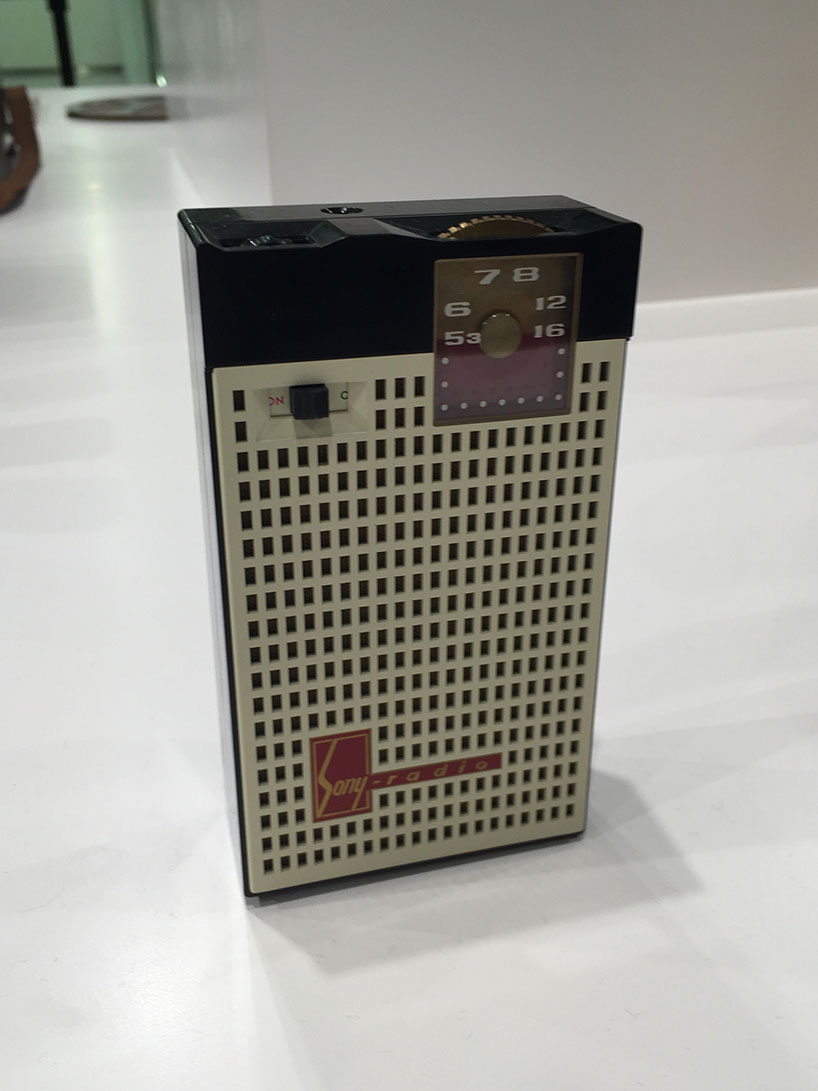 radio ‘TR-52’ (1955)
nicknamed the ‘united nations building’, the latticework on the front warped in the heat — rendering the product unsellable
image © designboom 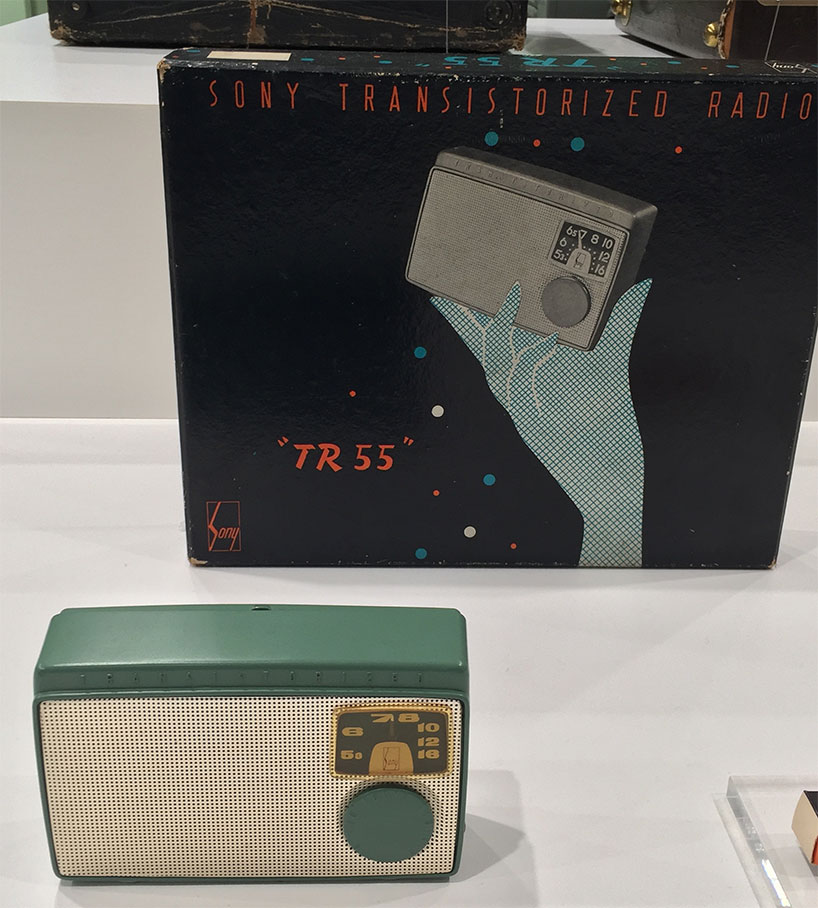 radio TR-55 (1955)
the 1st transistor radio to be produced in japan, and the 1st to bear the brand’s symbol — setting the trend for future products
image © designboom 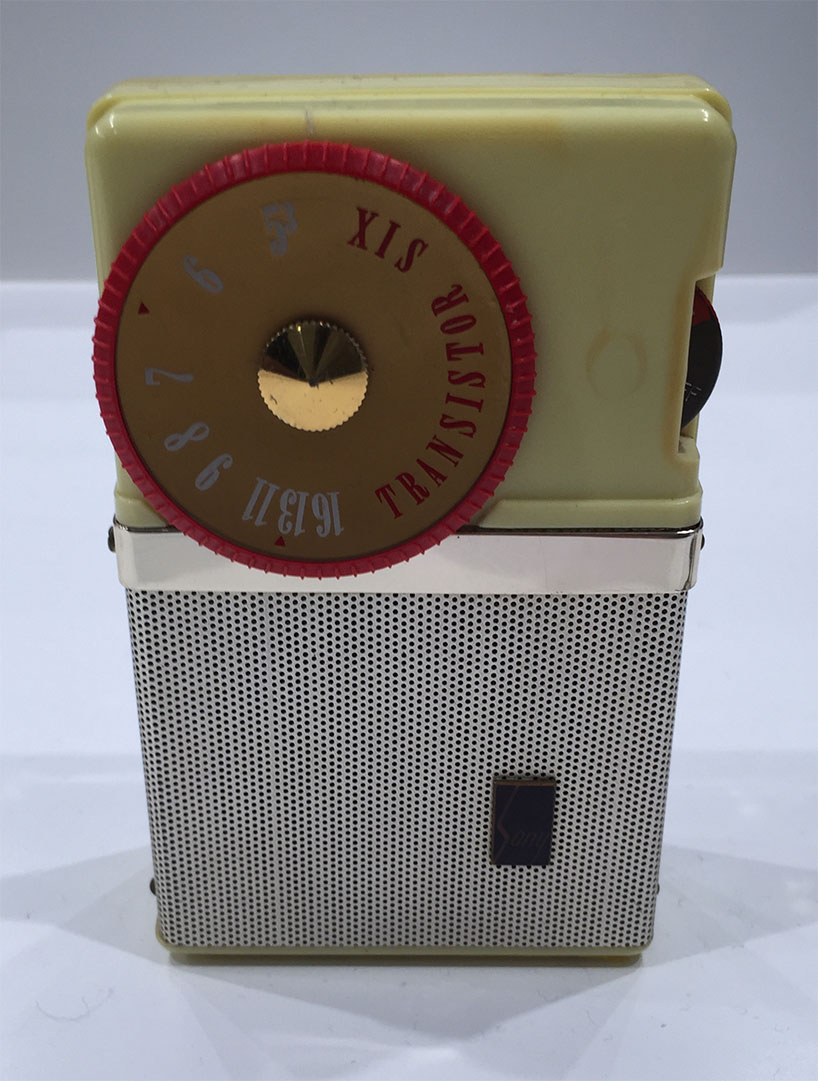 radio TR-63 (1957)
at the time, this was the world’s smallest transistor radio and became SONY’s first full-scale export
image © designboom 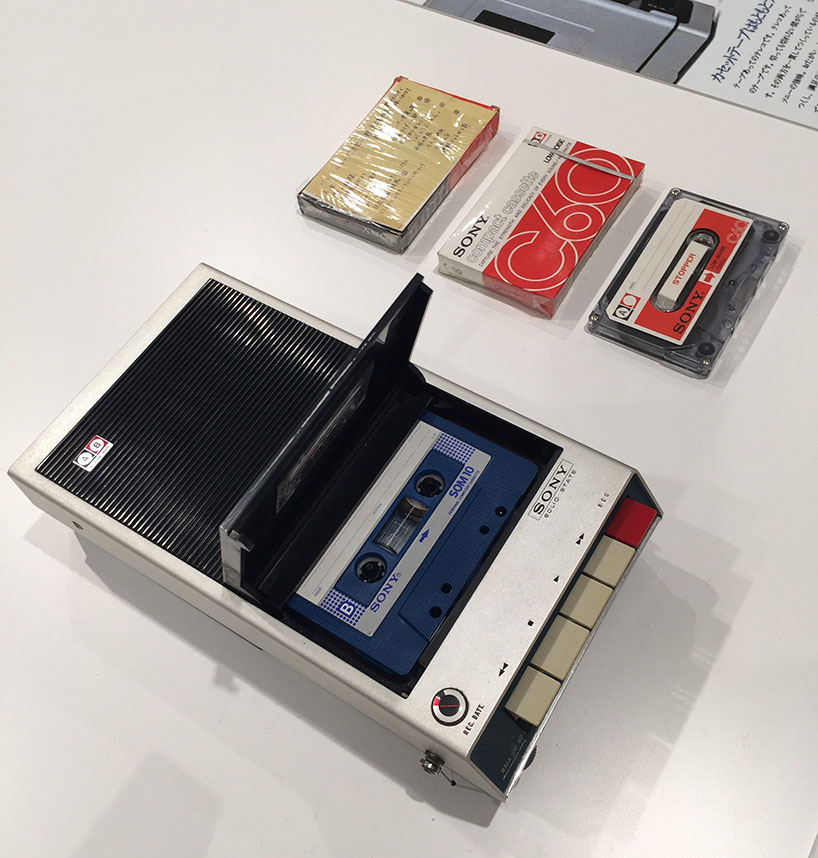 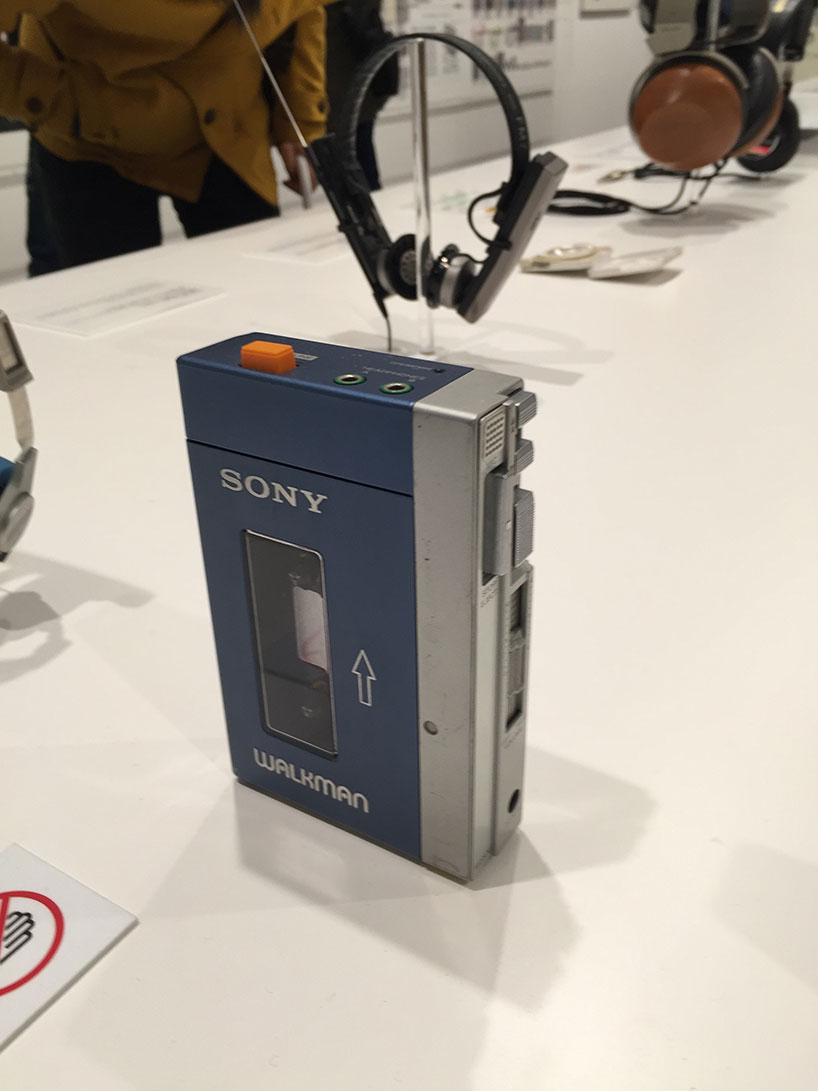 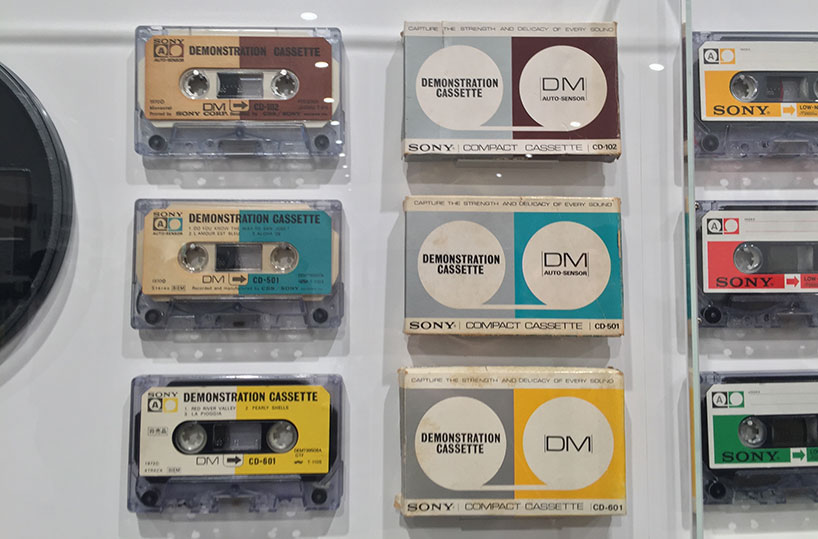 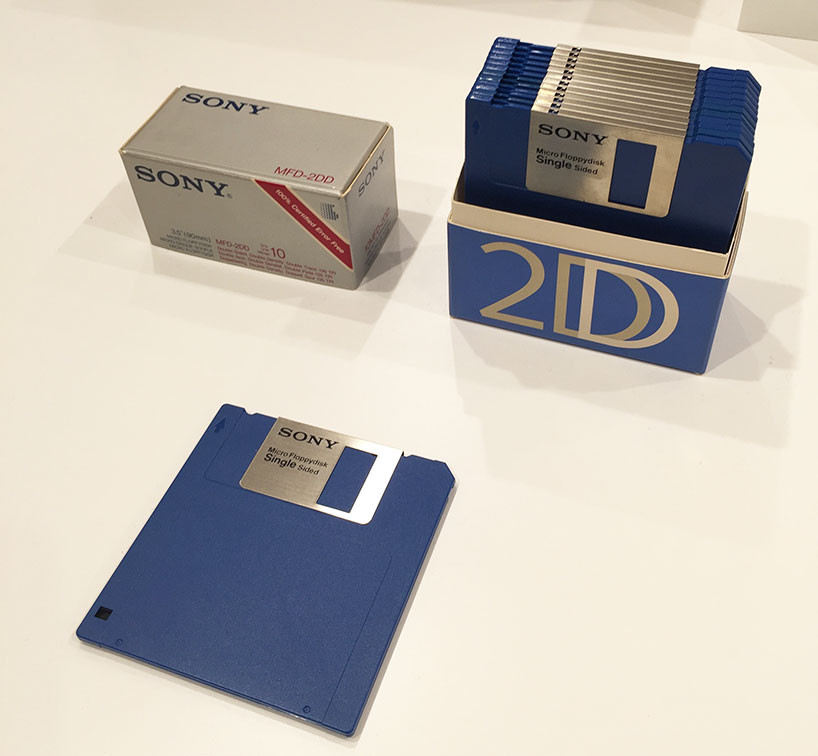 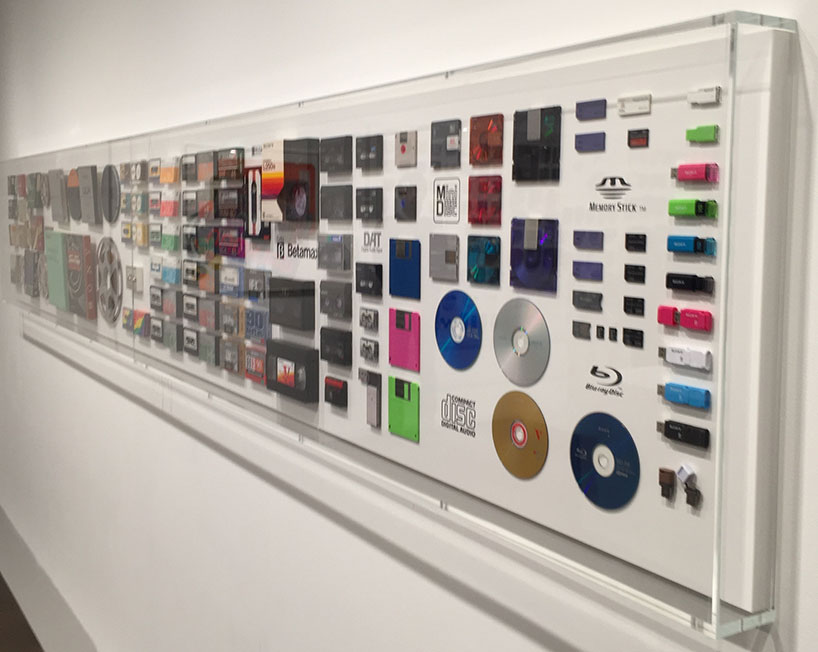 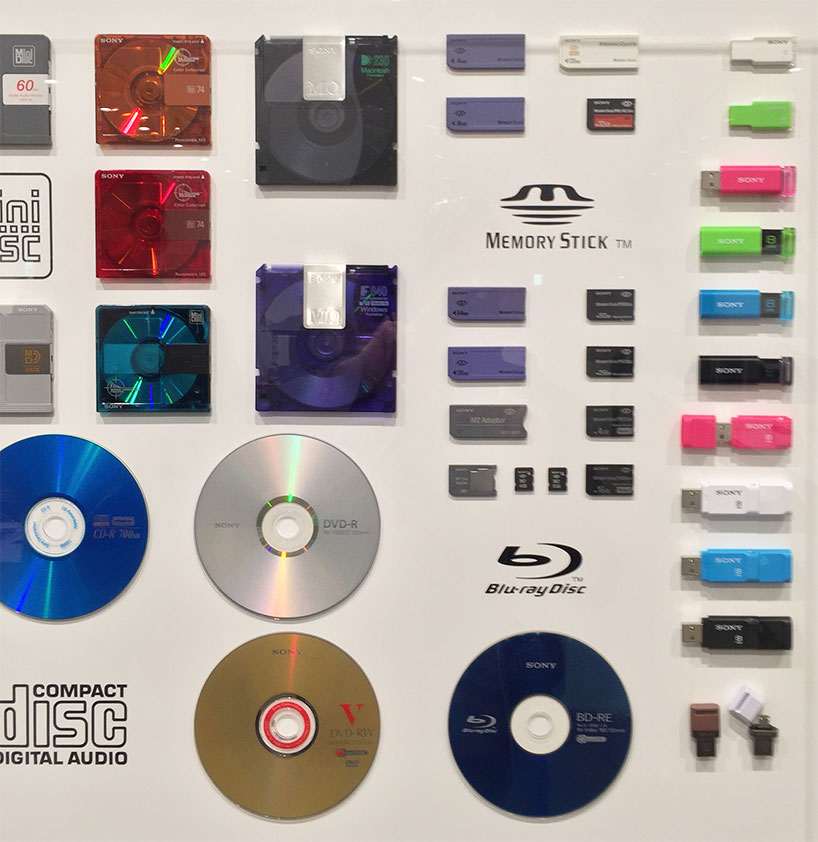 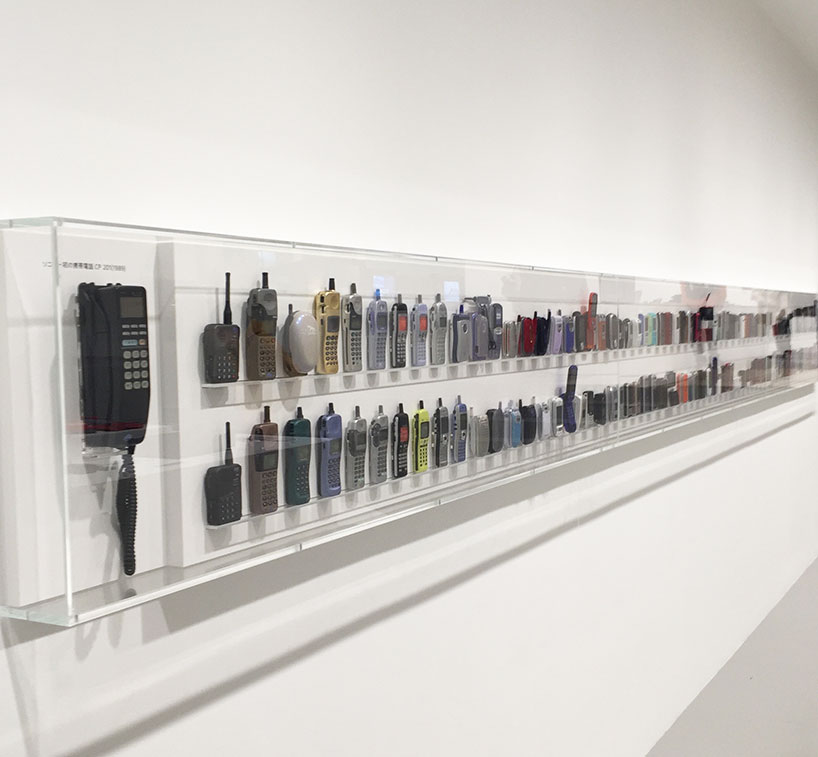 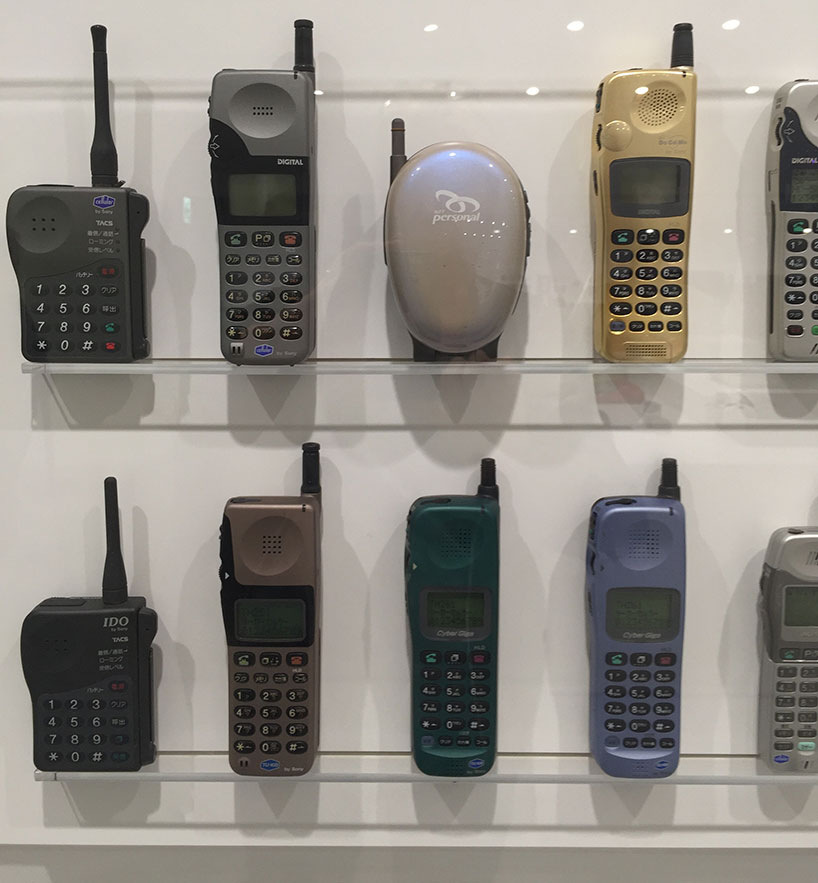 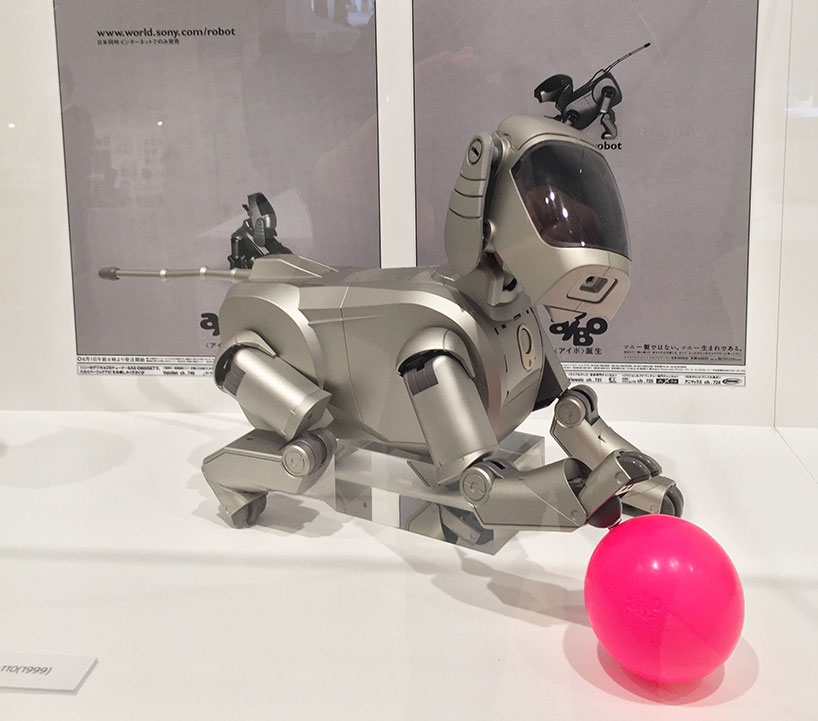 robot dog: aibo ERS-110 (1999)
the chirpy aibo failed to meet our unrealistic expectations for a robo-dog in 1999, but never failed to charm nonetheless
image © designboom 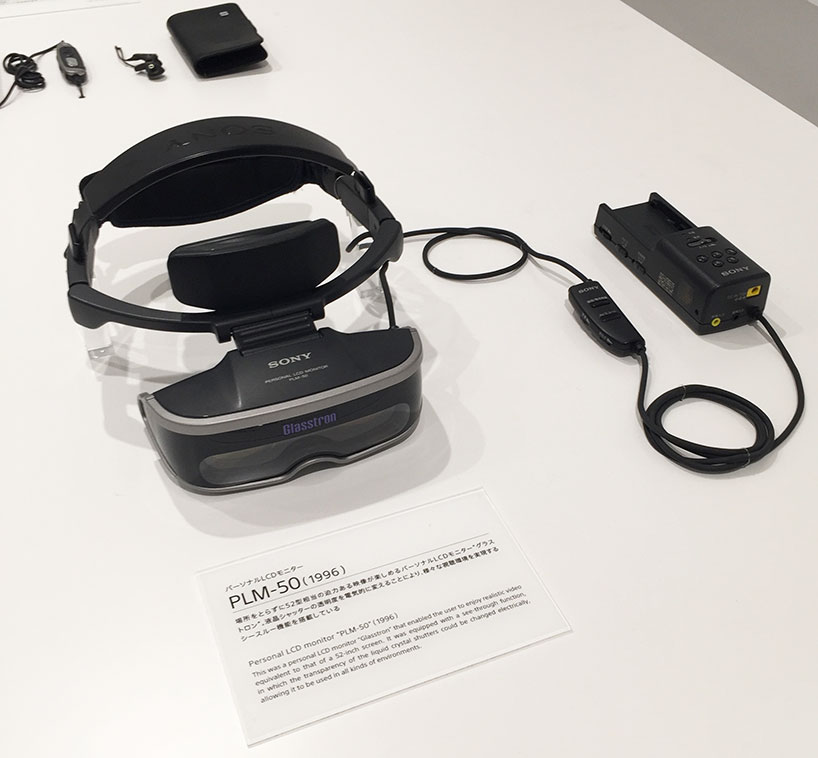 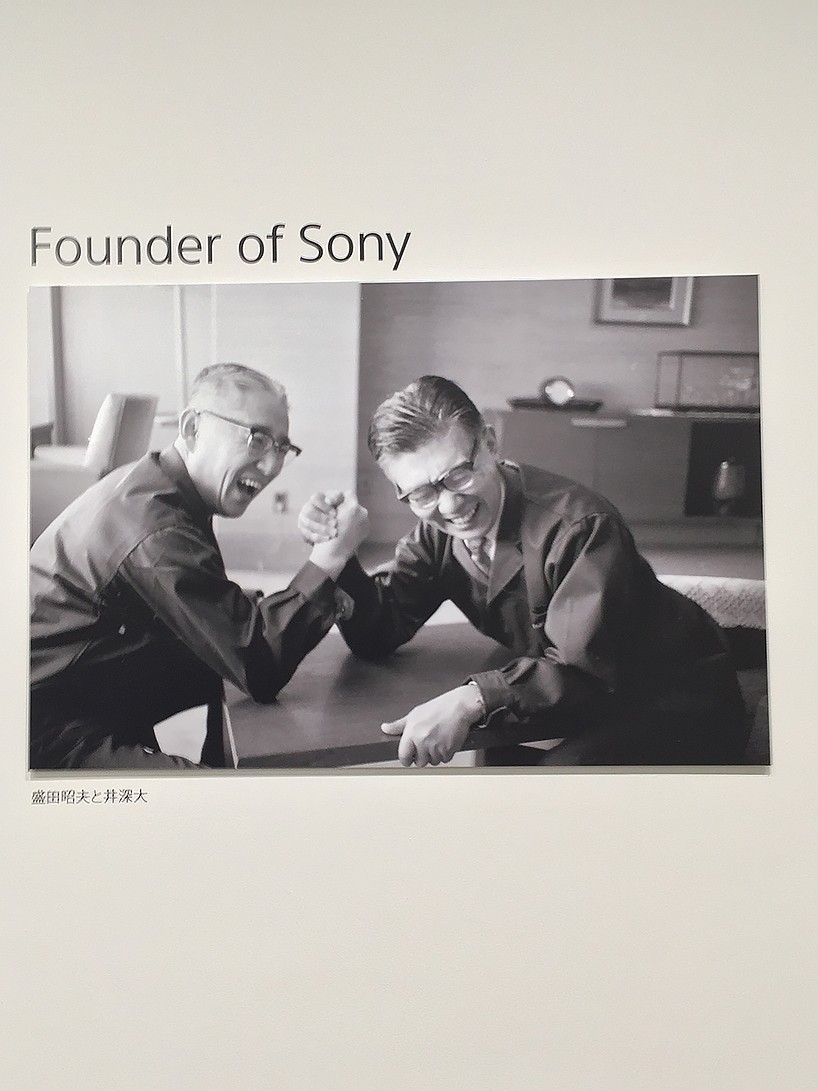 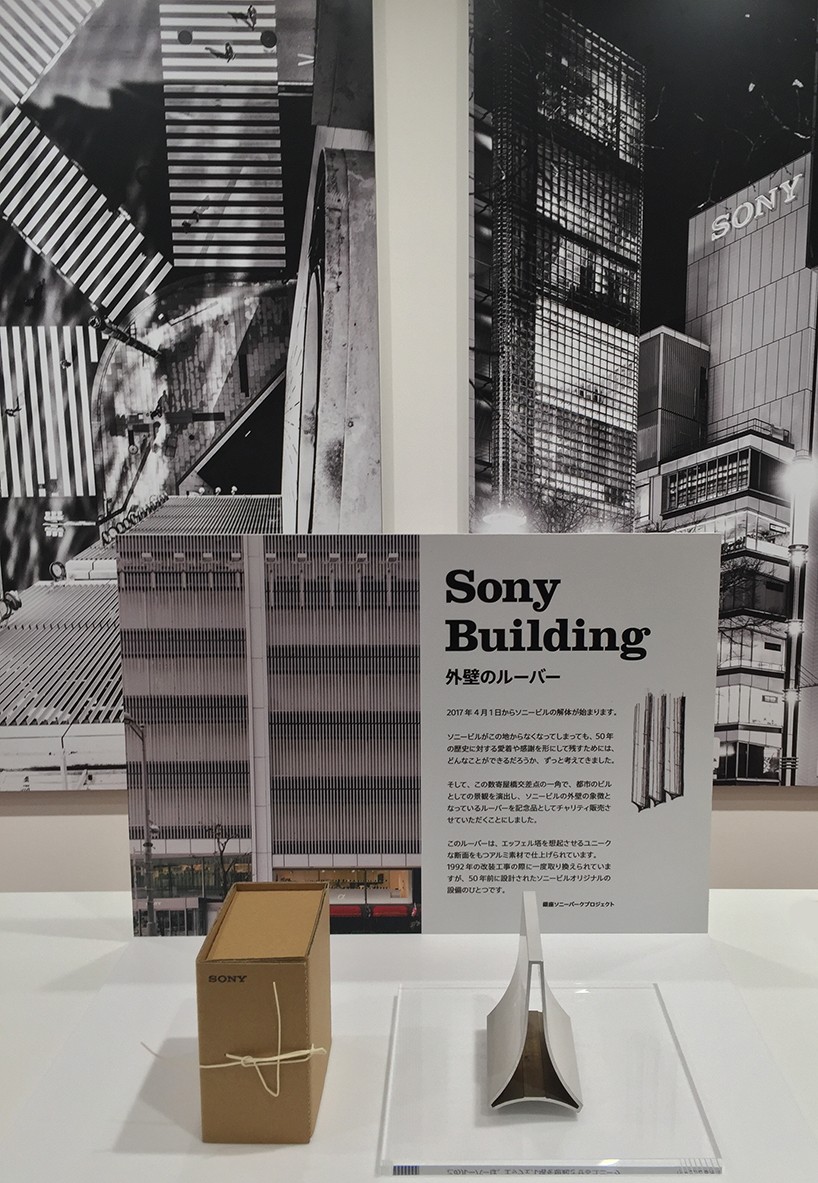 the new sony building is estimated to be completed by autumn 2022. image © designboom

a novelty fold-out card gifted by sony and containing a paper replica of the sony building in ginza. image © designboom

2016 marked the 50 year anniversary of the building's opening. image © designboom

there was something satisfyingly simple about the cassette tape. image © designboom

CHOROCCO (9176). a portable record player in the shape of a van, that would play records by driving around their circumference. image © designboom

TR-610 (1958). at the time, this was the world's smallest pocketable AM radio with a speaker. image © designboom

the company tried their hand at more than just tech products. image © designboom

the tech-giant even brought out a clothing line of sorts. image © designboom

the original sony uniform was designed to be worn in either hot or warm weather: its sleeves could be easily removed to make a vest. image © designboom